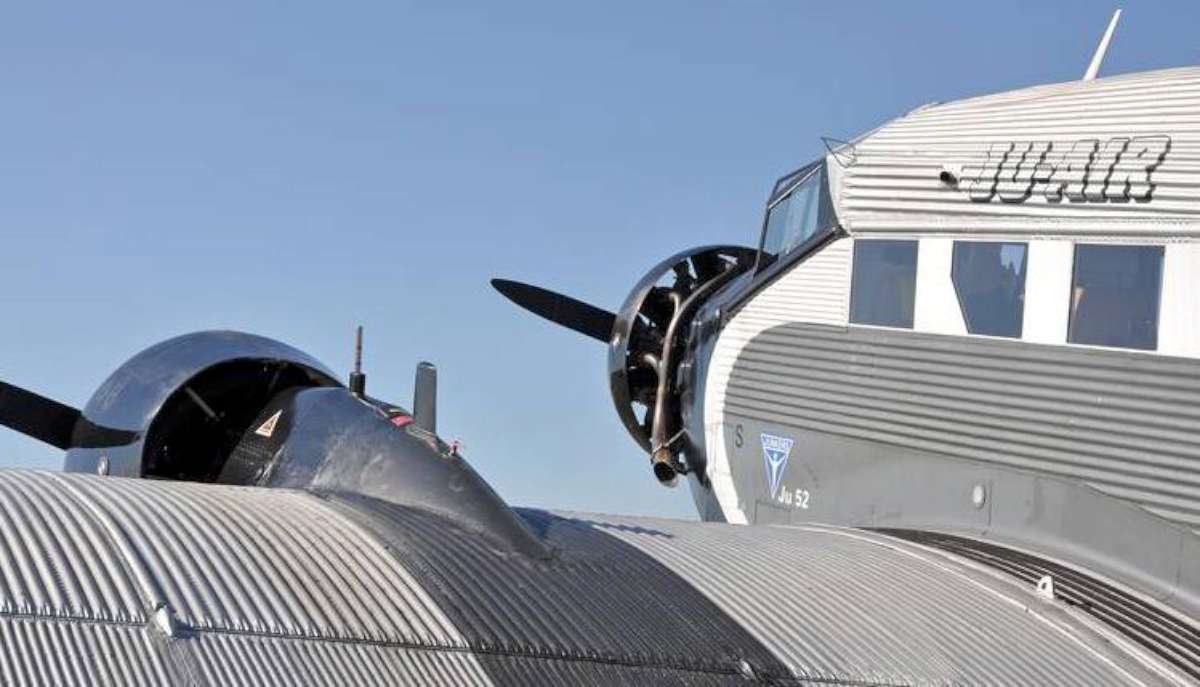 Occasionally in the skies of Europe, you see a large, slow, three-engined aircraft with a corrugated-steel fuselage, usually flying low, and with three letters painted large on one wing: IWC. It’s a Ju-52, a German aircraft whose long history earnt it a reputation similar to that of the Douglas DC-3. Today, just eight Ju-52s are still airworthy, and four are run by a Swiss airline, Ju-Air, founded in 1981 specifically to save these aircraft which had just been retired by the Swiss Air Force. Ju-Air is now sponsored by watch brand IWC, and for twenty years, one of the Ju-52s has been decked out with the brand’s logo, and sometimes with pictures of their latest watch.

One of the more pleasant features about watch brands is that they often sponsor philanthropic or meritorious initiatives, and IWC is no exception. This year, in which their new models are principally in the Aquatimer collection of diving watches, the attention is on their work in helping to preserve the natural environment of the Galapagos islands. But they occasionally present a new model from another collection, and this time, it’s a piece in their family of pilot’s watches. 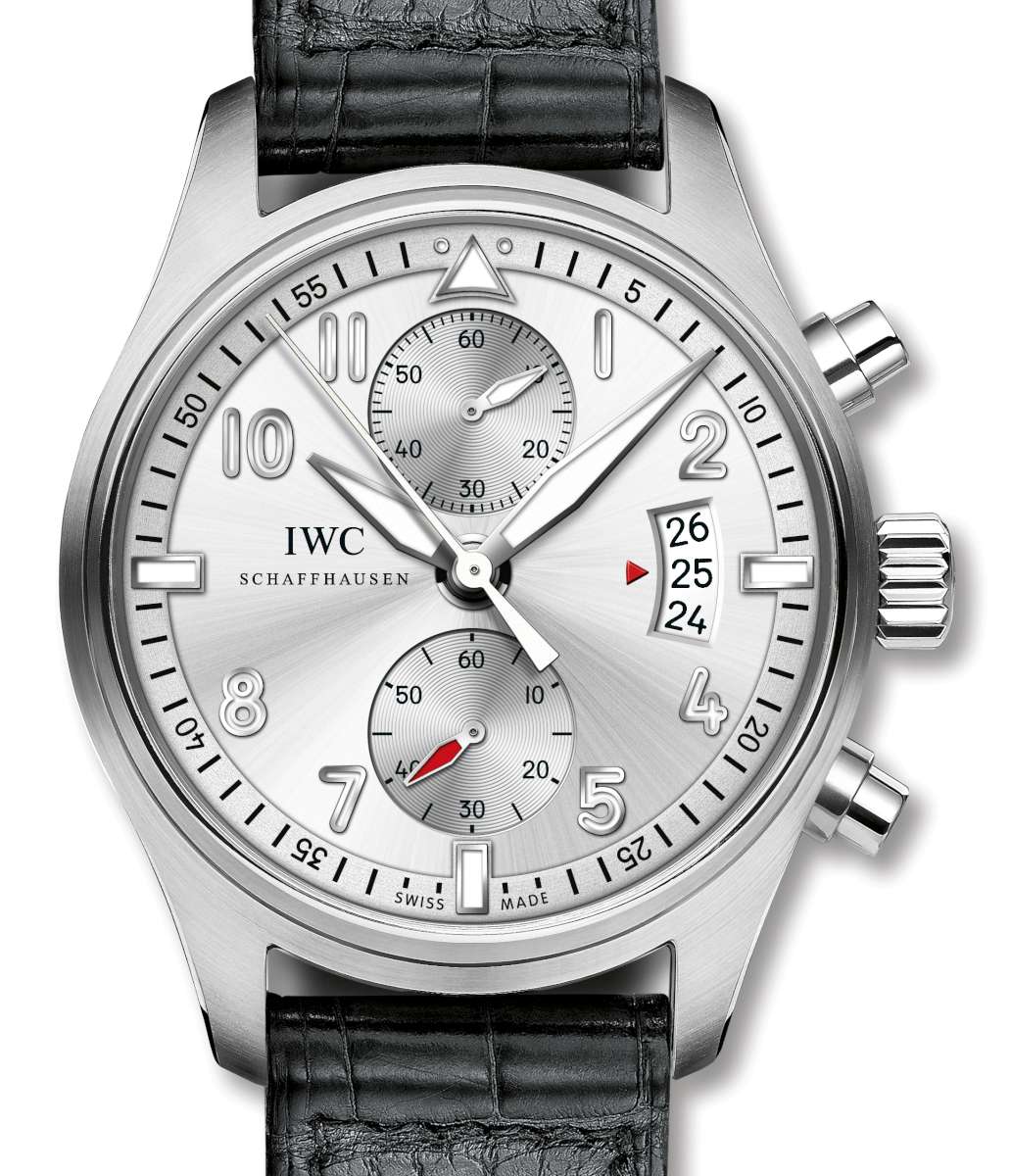 The IWC Schaffhausen Pilot’s Watch Chronograph Edition JU-Air is, naturally, in stainless steel, recalling the colour of the aircraft, and it has the classic pilot’s watch looks, brought up-to-date in an attractive, balanced dial design, with the only concession to colour being two touches of red, on the small seconds hand and a triangle indicating the date. The chronograph is of the flyback type, so that when you press the button at 4 o’clock, the chronograph is reset and immediately starts recording another time interval. Chronograph seconds are indicated by a central sweep hand, and minutes by the top 60-minute subdial. Small seconds are on another subdial at 6 o’clock. Hour and minute hands, and dial hour markings, are coated in SuperLumiNova for legibility in the dark. The date window shows three numbers in a vertical sequence, in a design reference to an altimeter in an aeroplane cockpit. The watch, whose water-resistance rating is 6 bar, is on a black alligator strap. On the caseback there is an engraving of the Ju-52, surrounded by the words “One out of 500.” It’s a limited edition.

The watch is powered by the in-house calibre 89365, an automatic movement with 68 hours power reserve. Undoubtedly it has a ready market for fans of IWC, and of aviation history. 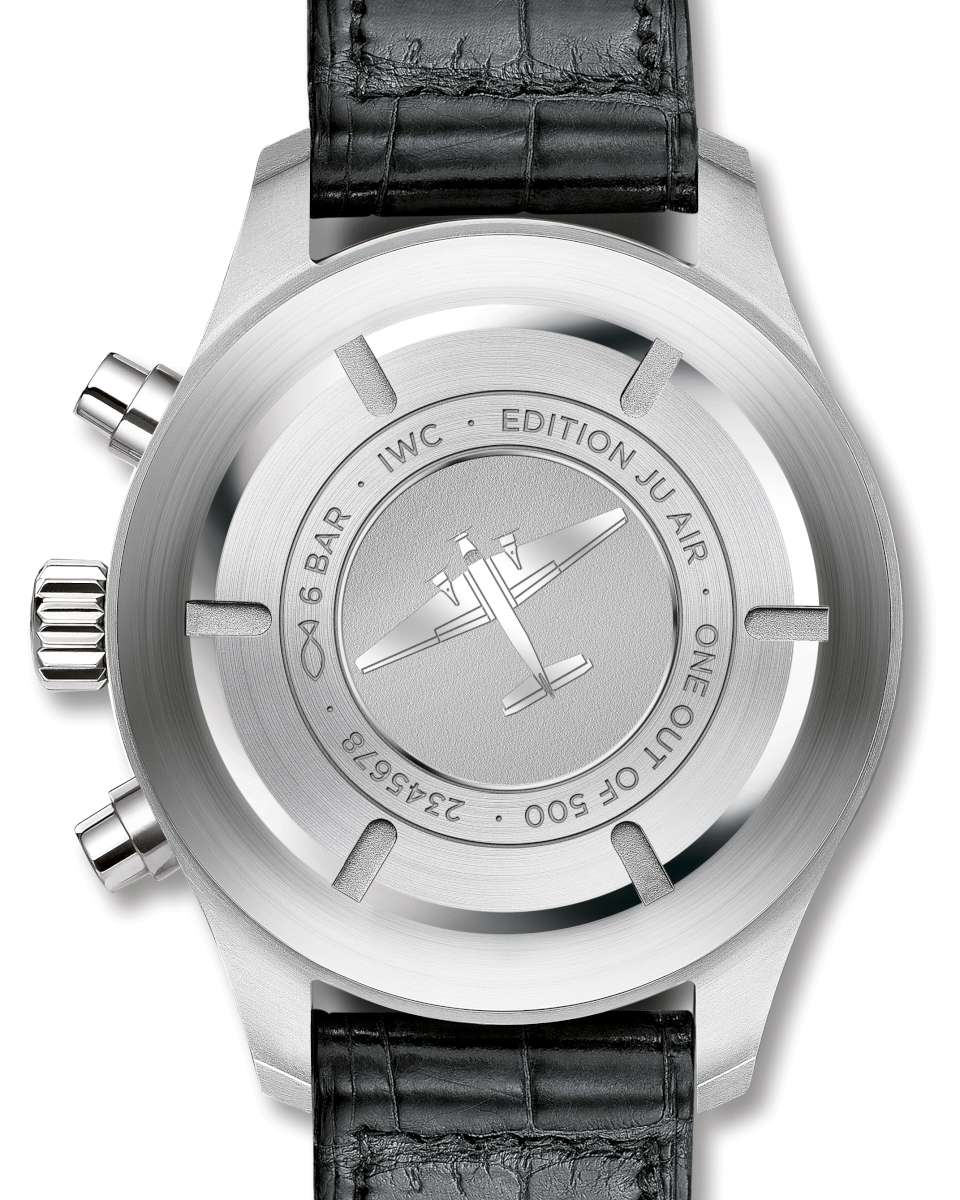 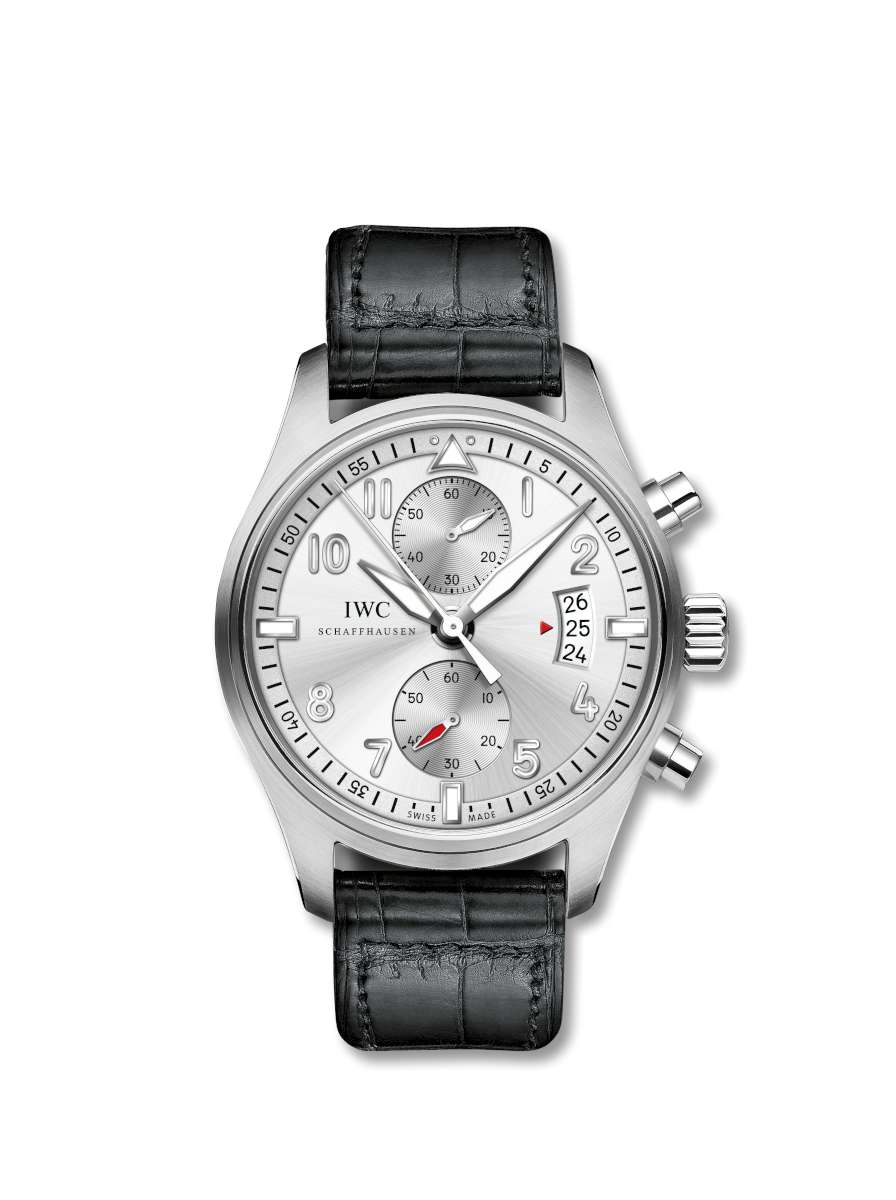 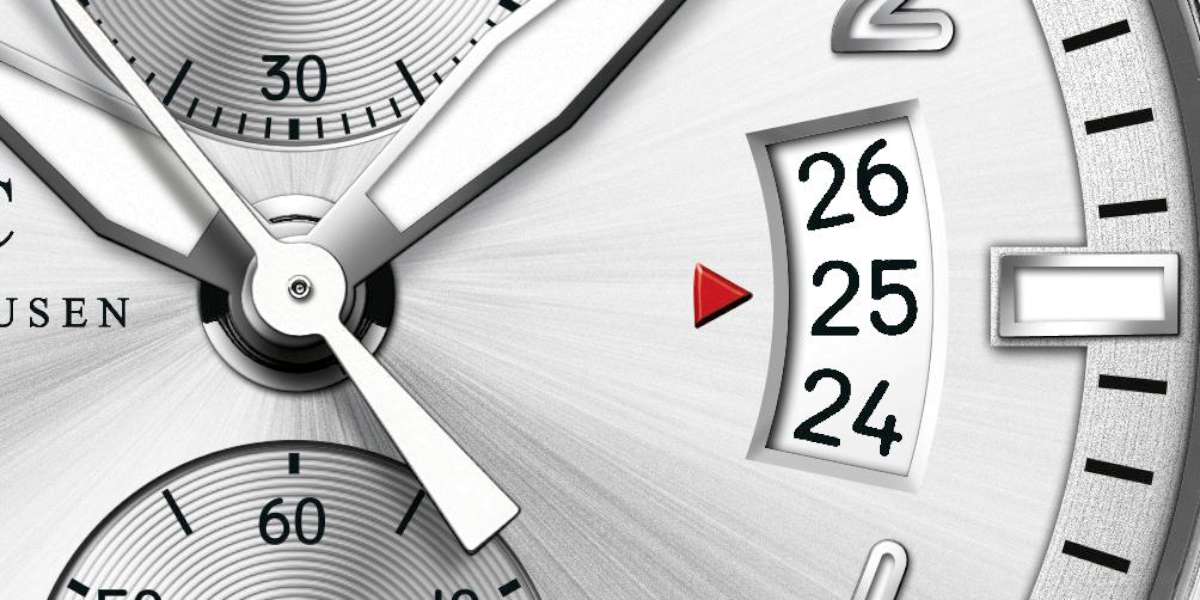 Detail of the date window 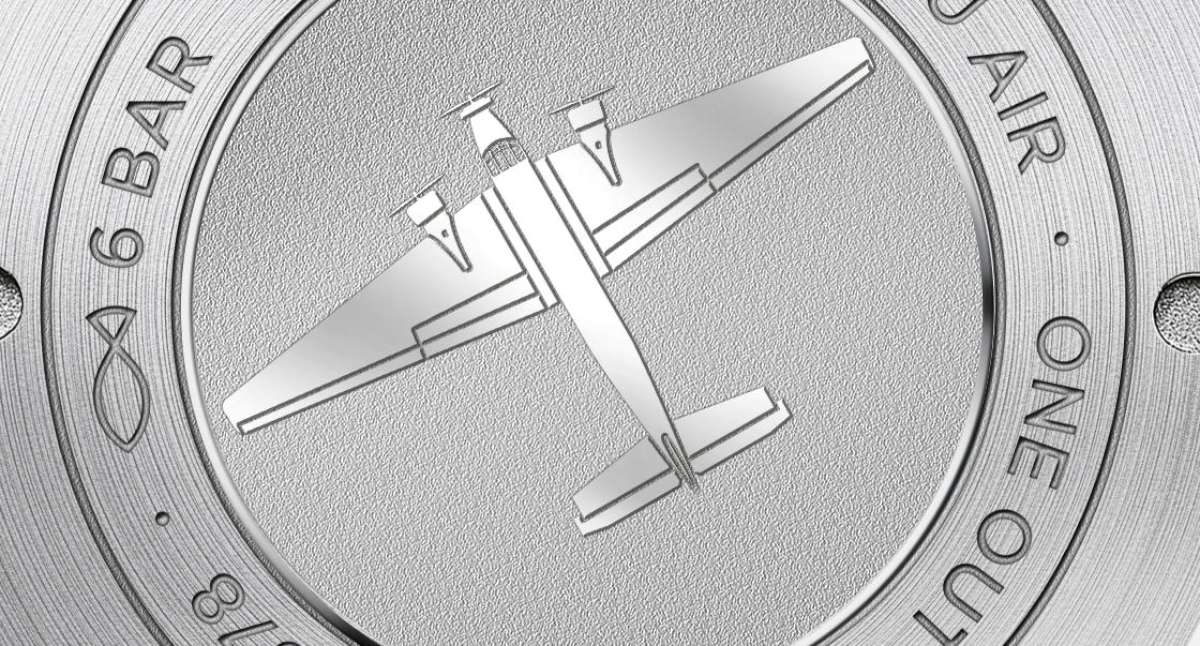 Detail of the Ju-52 image engraved onto the caseback