One of the features of a mechanical watch is that the seconds hand doesn’t tick seconds, but seems to move in a near-constant sweep. On closer examination, you see that it moves in small pulses, each much less than a second.

A quartz watch, on the other hand, ticks one second at a time. The reason for this can be found in the regulator, the system of oscillation used to measure the passage of time. In a quartz watch, the regulator is a crystal which, when subjected to an electrical current, oscillates at a frequency that can be determined by the shape of the crystal. Usually the frequency chosen is 32,768 Hertz (vibrations per second). It would be impossible to transfer such a rapid pulsation to the mechanical system driving the watch hands, and so the electronic system waits for 32,768 vibrations to elapse and then moves the second hand one second forwards.

The regulator in a mechanical watch is the balance wheel, which oscillates at 3, 4 or 5 cycles per second. In each complete cycle, the wheel rotates back and forth, and so the beats per second are 6, 8 or 10 Hertz. Therefore the second hand moves forwards at increments of a sixth of a second or less. 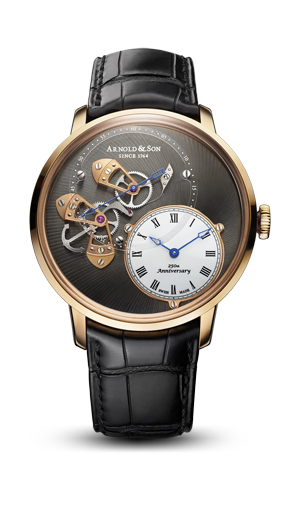 The Dial Side True Beat (DSTB) by Arnold & Son

Usually, brands making mechanical watches are proud of the difference, with the relentless sweep of the seconds hand becoming synonymous with the prestige of a mechanical movement. But a few watchmakers have added the extra gears necessary to make a mechanical movement tick whole seconds. This function is called dead beat seconds, and an example is the DSTB by Arnold & Son, presented at Baselworld in 2014. This watch is unusual in that it displays the dead beat second on the dial, mounted on three gold bridges, as described by the acronym in its name, Dial Side True Beat.

The company, based in La Chaux-de-Fonds in Switzerland, is linked by name to Cornish-born watchmaker John Arnold, who won renown for his marine chronometers. This is why in the DSTB, the true beat seconds lever is shaped like an anchor. The true beat seconds are shown on a sapphire dial at the top left of the piece. Its transparency ensures that the dead beat seconds mechanism, which converts the 8 beats of the balance-wheel to the 1-second movement of the second hand, is in full view. More of the movement can be seen through the transparent caseback. Definitely one of the most interesting pieces at Baselworld, this is a limited edition of 50 pieces, part of a collection celebrating the 250th anniversary of the brand. In a rose gold case, the watch costs CHF (Swiss francs) 44,928. Click here to see a list of distributors and retailers worldwide. More information at arnoldandson.com 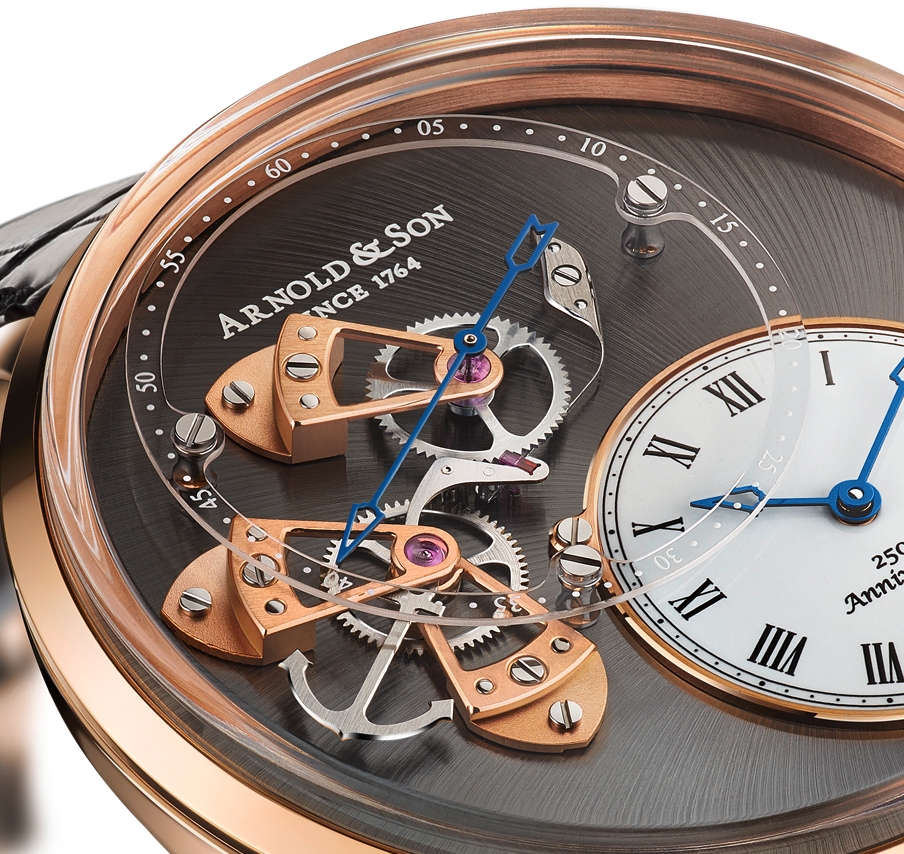 Detail of the deadbeat seconds dial, in sapphire, with three gold bridges 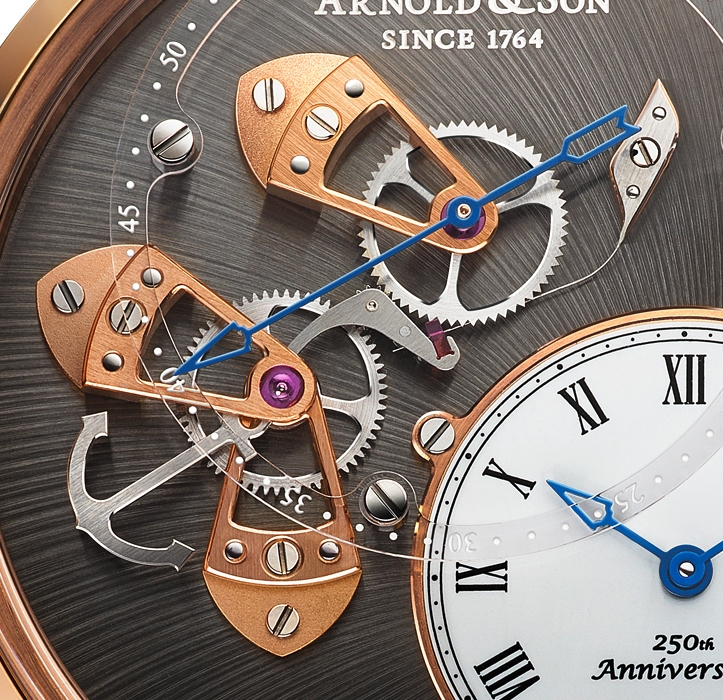 Another view of the seconds dial 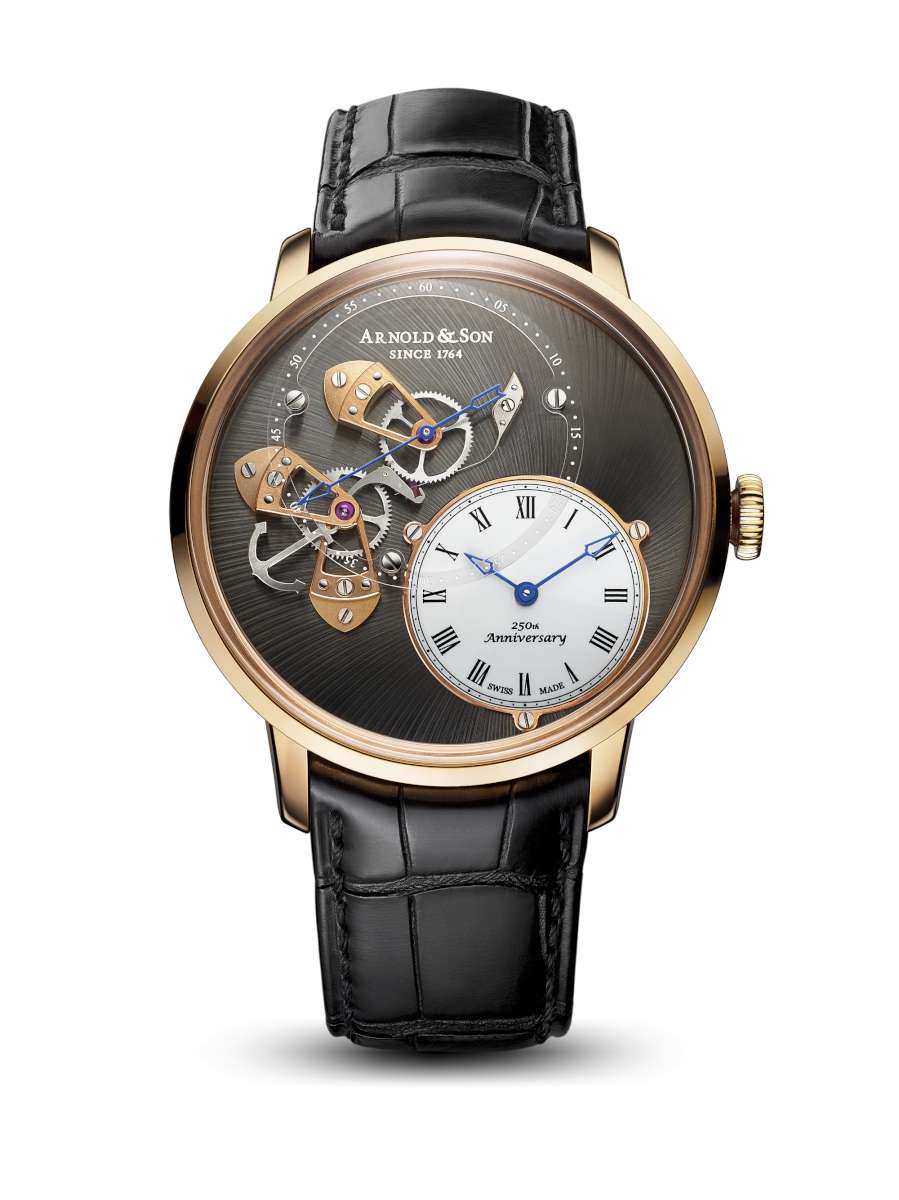 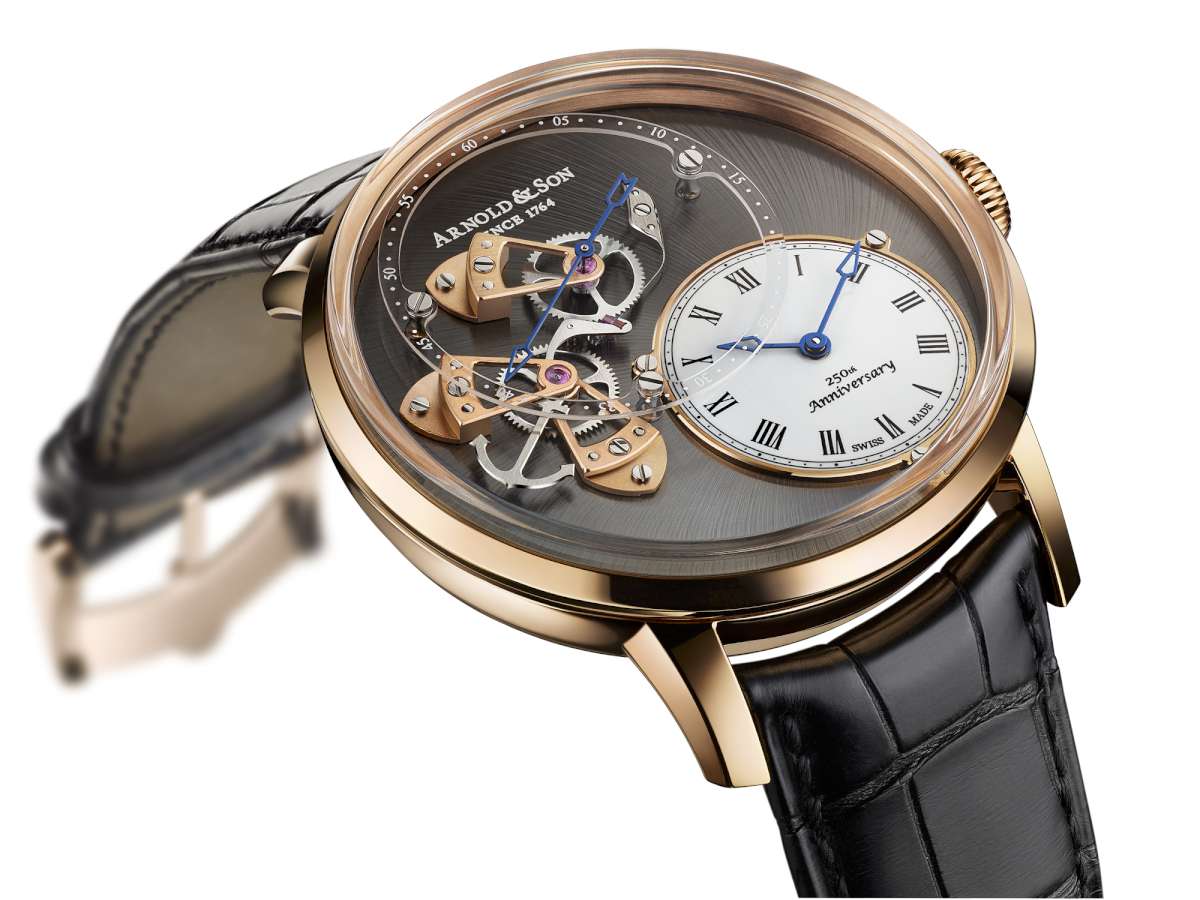