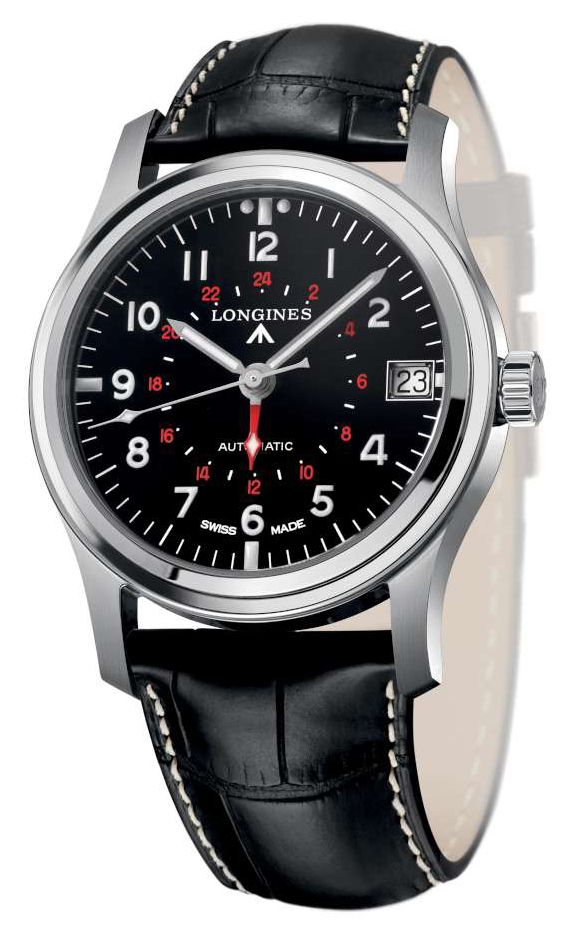 Longines is a remarkable company. They are top in the world in a specific price bracket, from 900 to 3,000 Swiss francs. Their brand image is superb, nurtured by a careful selection of brand ambassadors who help reinforce the Longines defining slogan, “elegance is an attitude.” Their industrial strategy is well-planned: they use Baselworld not only to present their new products, but to measure commercial interest using the orders that they take during the show, so that they can calibrate production of the different versions to ensure that everything they make will be absorbed by the market. For example, some of their watches have different dial colour options, important to give consumers a choice, but from the outset they know that blue dials is always going to be a very small proportion when compared to silver. They have a grassroots distribution network, with many authorized dealers. Longines actively police the market in order to prevent unauthorized sales and protect their customers.

The watches are of good quality, fitted with ETA movements. The movement supplier ETA is (like Longines) part of the Swatch group, and in many cases, movements are designed specifically for certain models produced by Swatch group brands. Longines is particularly strong in watches with links to the past, and their Heritage range includes some very interesting pieces. 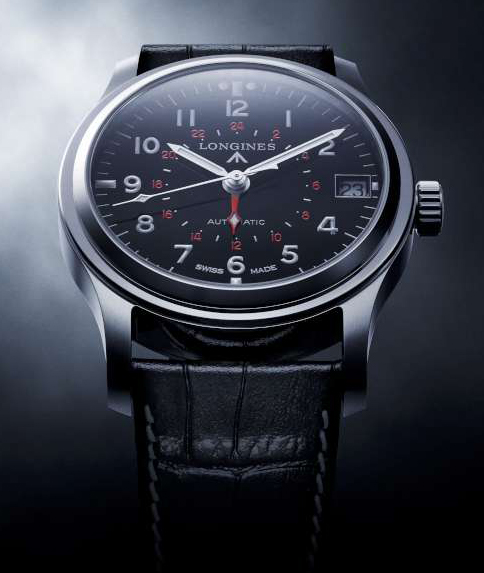 A recent release is the Longines Avigation, based on a model produced for the British Army during the 1950s. It has a pilot’s watch look to it, with black dial, white numerals, SuperLumiNova for visibility in the dark. An arrow on the upper part of the dial is based on a motif used in the U.K. to mark government property, including military equipment. The steel case is fairly large at 44 mm, and it houses the L704.2 Calibre movement, made by ETA with reference number ETA A07 171. As in the military original, the movement is protected from magnetism by means of a soft iron shield. The movement is self-winding, with a 48-hour power reserve.

As well as the normal hours, minutes, seconds and date functions, there is another series of numerals in red, a 24-hour scale, with a red diamond-shaped skeleton hand that indicates the hours. This can be used for a second time zone. The watch has a black alligator strap. Recommended price, €1,600. 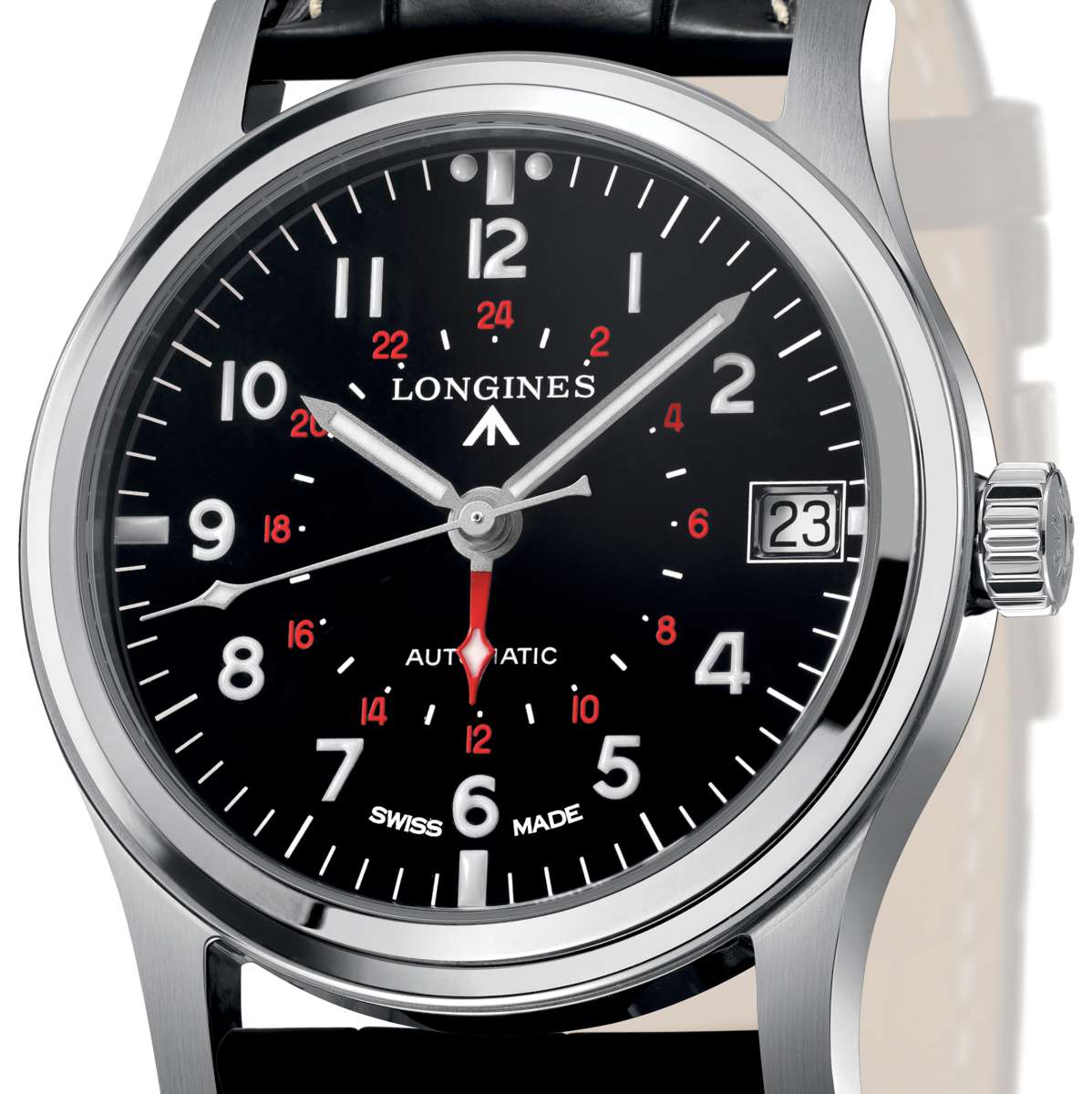 There are many other interesting pieces in the Longines Heritage series, such as the Lindbergh Hour Angle watch, a navigational aid whose design was sketched out by Charles Lindbergh after his solo flight from New York to Paris, and later made by Longines. Its dial is ferociously complex, but a wonderful expression of the early days of flight when pilots had no GPS and had to use manual systems to keep track of where they were. 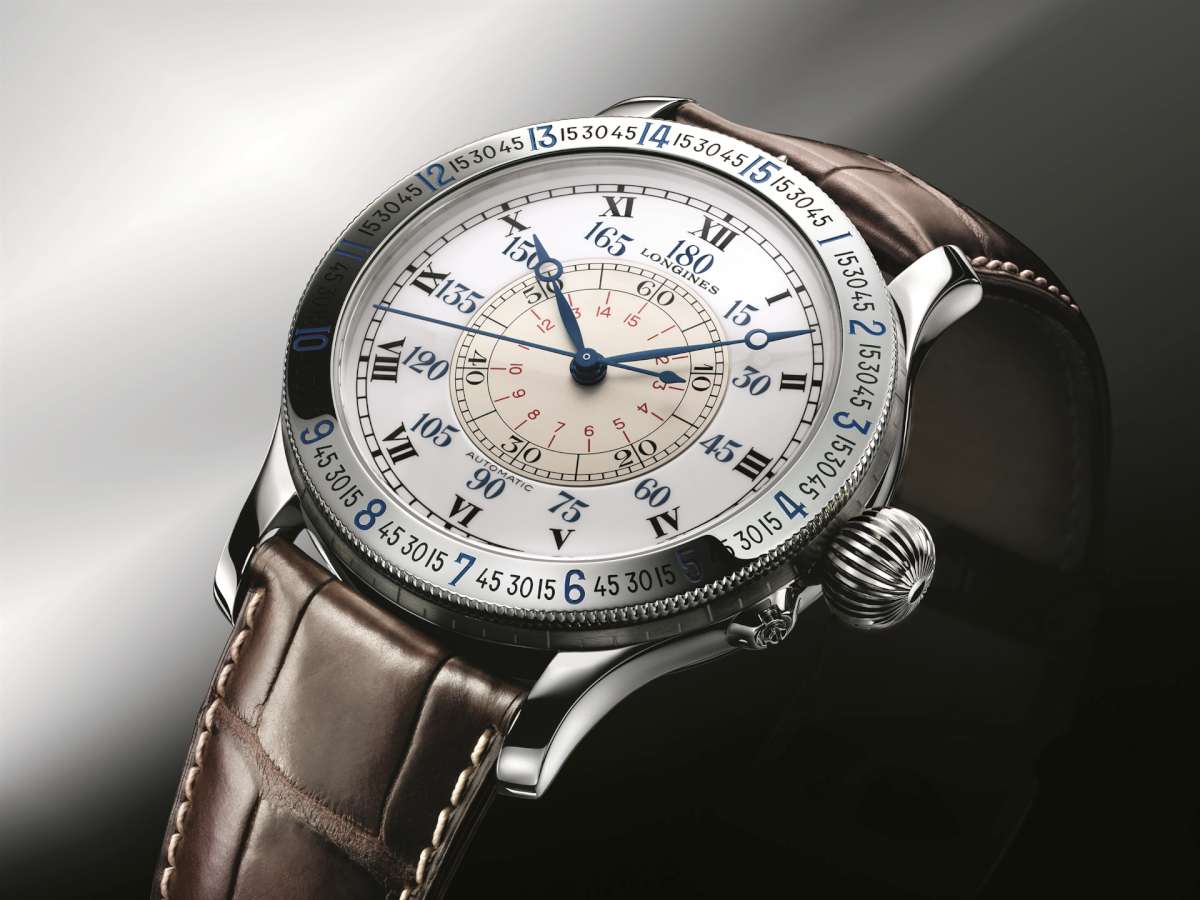 Another fascinating model is the Longines Avigation Watch Type A-7, a single-pusher chronograph with column-wheel movement. Its most unusual feature – apart from its size, a massive 49 mm – is the angled dial. Dating back to models developed in the 1930s specially for pilots, it was angled for two reasons: first, to make the crown more accessible for quick manipulations – pilots often had to wear thick gloves in the unheated cockpits of early aircraft; and secondly because the watch was worn on the inside of the wrist. The pilot could see it while keeping his hands on the control column, and with his forearms angled upwards, the dial was vertical, and aligned with the aircraft’s instruments. 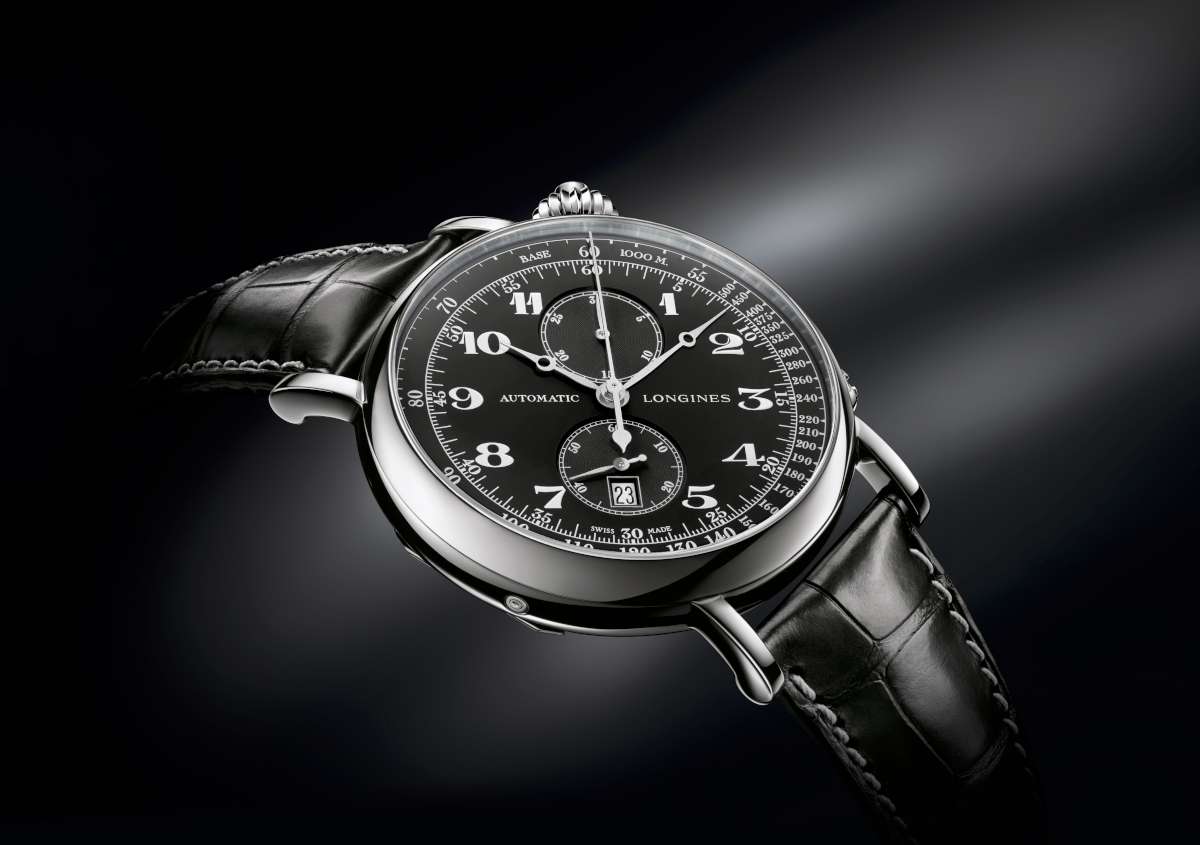 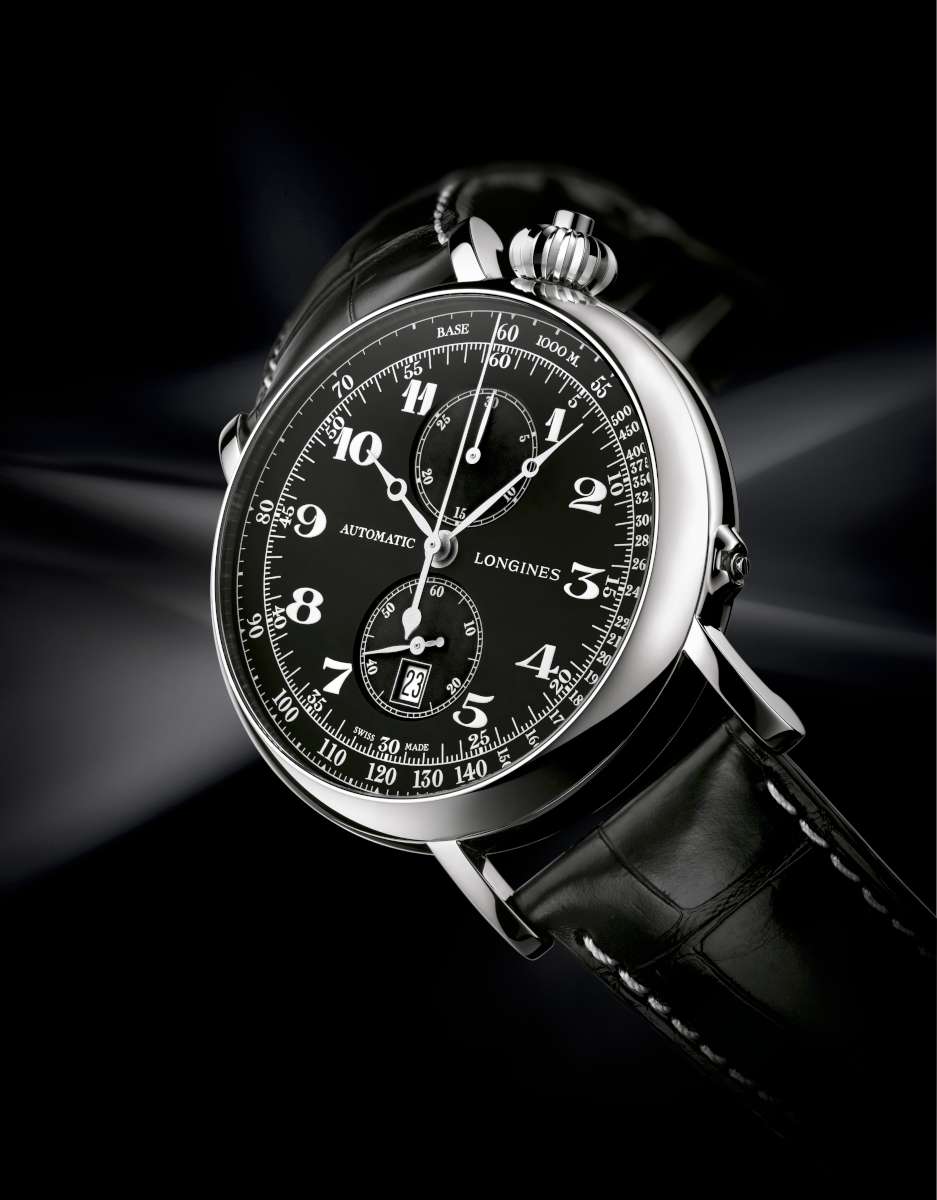