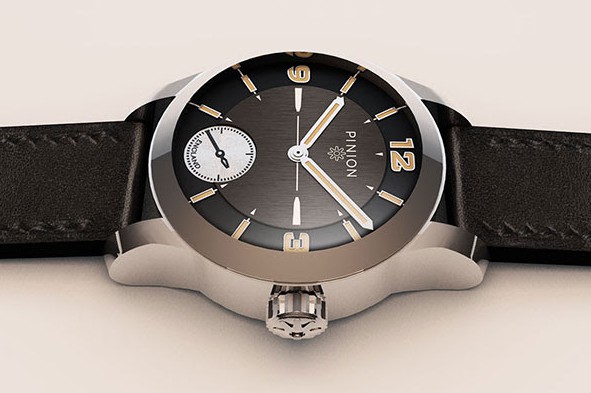 Pinion Watch Company is a new name on the watchmaking scene, now presenting the Axis Pure. Like their previous models, the Axis Pure has a dial designed for easy readability, with a bespoke luminescent paint for hour markings and hands. The colour of this SuperLuminova was chosen to resemble the old paints containing radioactive materials that were used in vintage clocks in the late 19th-early 20th centuries.

The dial shows a resemblance to the pilot’s watch style that is curiously a feature of several British watch brands, above all Bremont, but also Meridien and CWC. The horizontal line between the 9 and 3 numerals looks like a reference to an artificial horizon. The case is a nice design, with chamfered bezel and simple, polished steel volumes. The crown is finished with the Pinion logo. The movement is the Swiss Unitas 6498 handwound, with a power reserve of 46 hours. 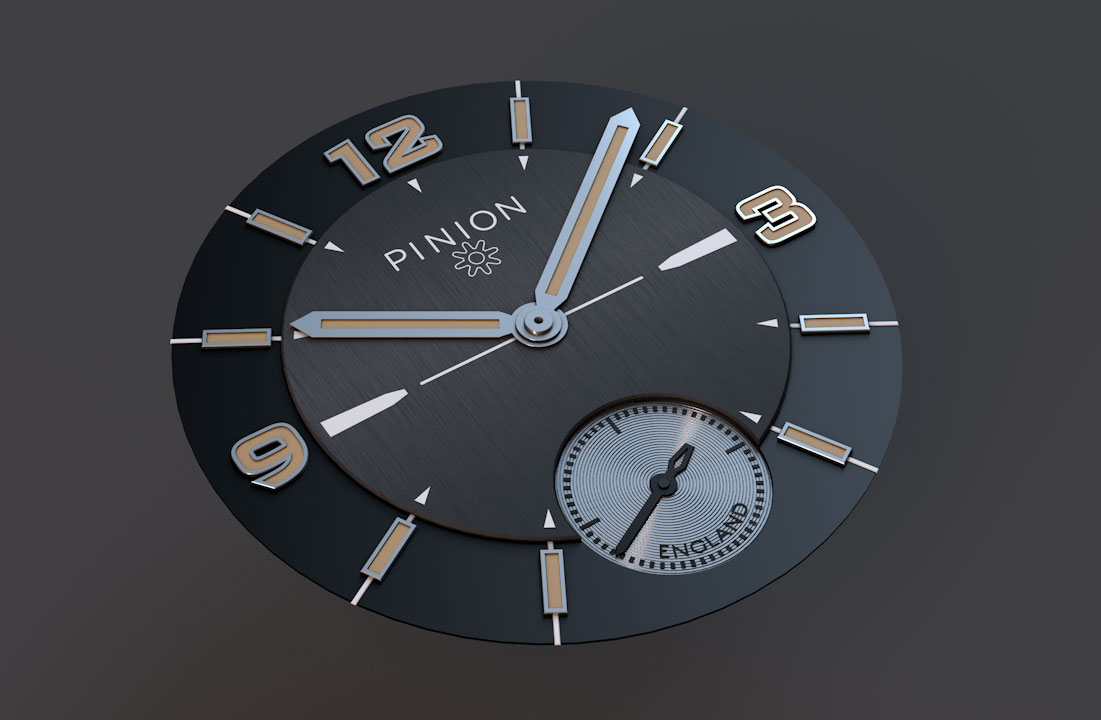 The watch is available from October 2014, at a price of £2,950. It’s a limited edition, with 50 polished steel versions and 50 in brushed marine-grade bronze. The latter material is particularly interesting because it changes attractively over time, developing a patina that will make each watch unique and will, in a way, reflect the way in which you wear and interact with the watch. The watch is supplied in a bespoke black polished wooden presentation case. Write to hello@pinionwatches.com for further information and to reserve a watch. 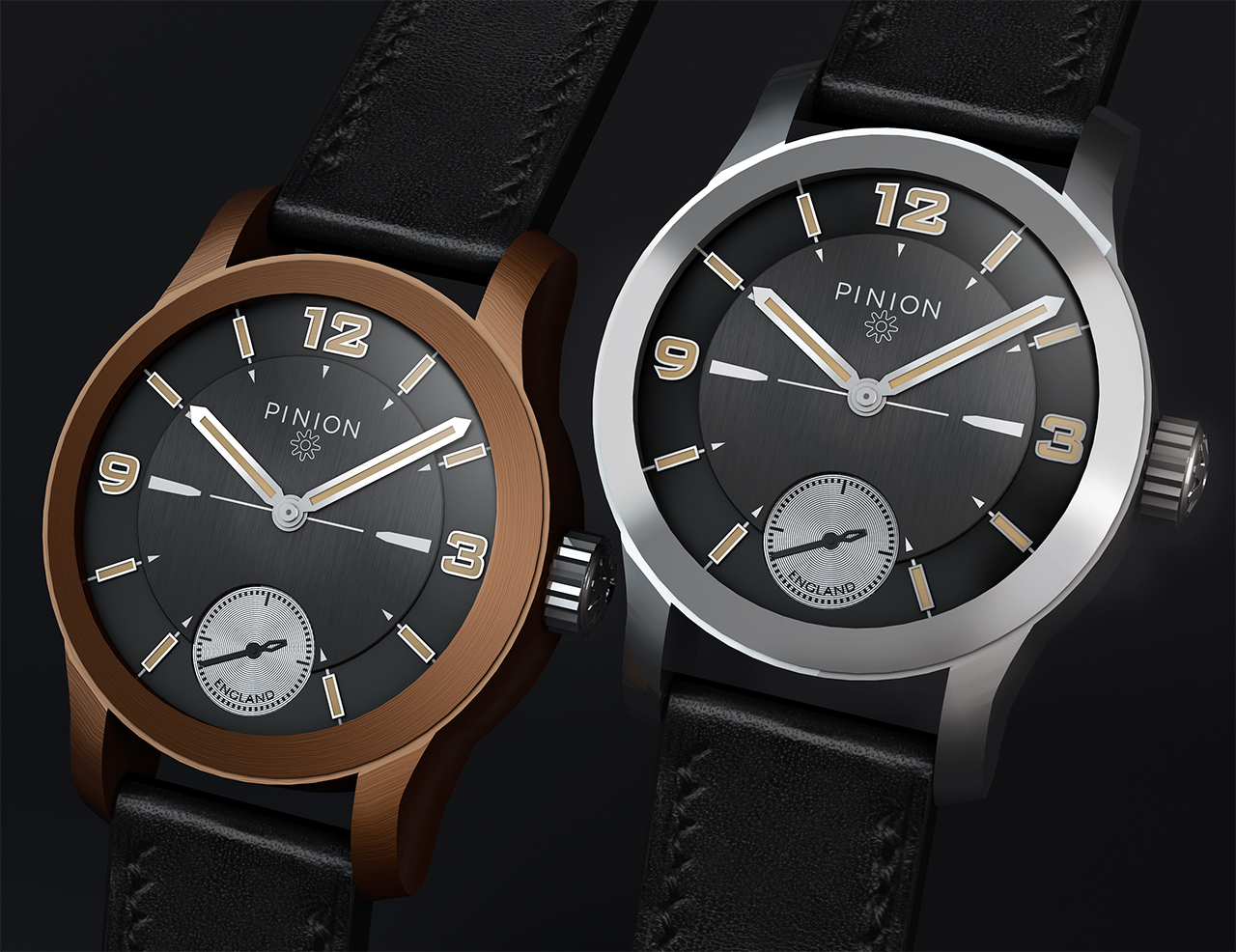 Pinion was founded in 2013 in South Oxfordshire by designer Piers Berry, and its watches are designed, finished, assembled and tested in the U.K. The brands Bremont, Meridien and CWC mentioned above, along with Burberry who launched their own range of watches a few years ago, all use Swiss movements: only watchmakers Roger Smith and Robert Loomes make 100% British-built watches, in very small numbers. Along with Pinion, they are all signs of a resurgence, which would only be appropriate considering the great contribution of British watchmakers from the 17th to 19th centuries. British inventions include the lever escapement, the balance spring, the minute hand, centre seconds hand, keyless winding, the chronograph, automatic winding and more. 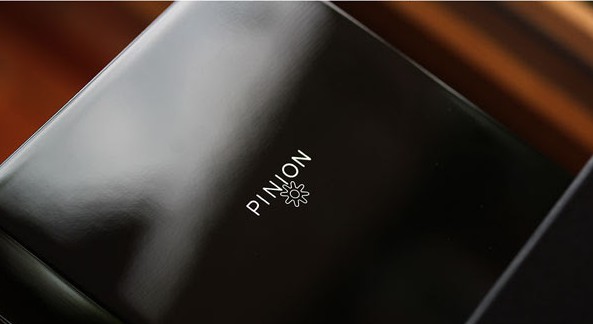