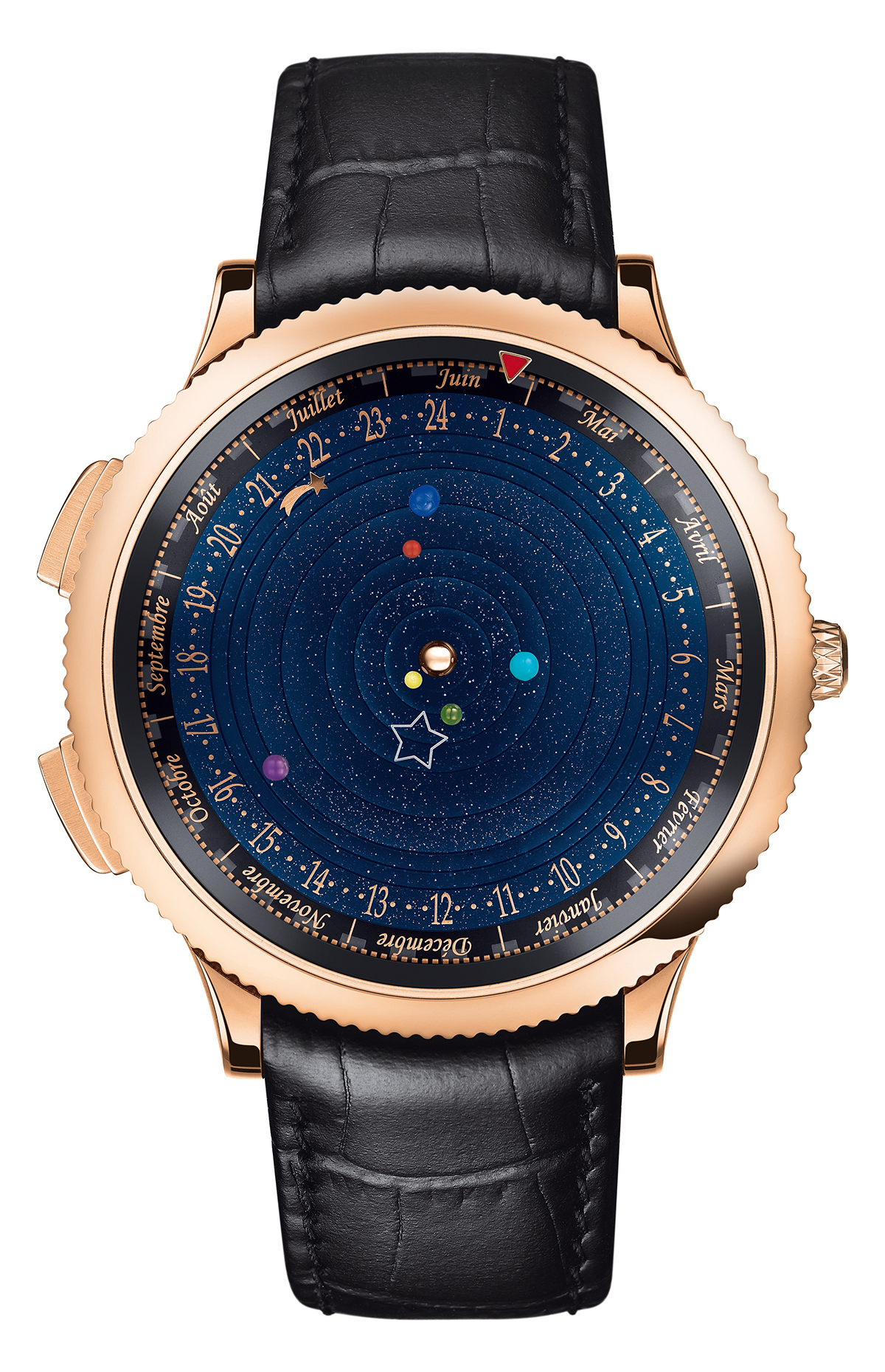 Van Cleef & Arpels make complication watches, but the complications are always about telling a story. In the Midnight Planétarium Poetic Complication, the story is one of the most beautiful of them all: the planets revolving around the sun. I still think that this piece was one of the highlights of the two major shows at which the watch brands present their new products, SIHH in January and Baselworld in April.

The watch provides a depiction of the sun, at the centre, with six planets revolving around it, Mercury, Venus, Earth, Mars, Jupiter and Saturn, represented by small spherical jewels set on concentric bands of aventurine star-strewn space. The self-winding movement drives the six bands so that at any time, the position of the planet-jewels reflect the position of the planets in the solar system. So, it takes the Earth 365 days to complete one rotation around the sun; Mercury takes 88 days, while Saturn takes 29 years to make just one complete circuit of the dial. The movement was inspired by the 19th-century planetariums that were built to demonstrate the motion of the solar system; the movement was designed in cooperation with Christiaan van der Klaauw, and it consists of 386 parts. The planets are cleverly positioned, not at the mid-point of each concentric band, but in such a way that they seem to float above the dividing lines between the bands, giving a visual impression of their circular orbits. 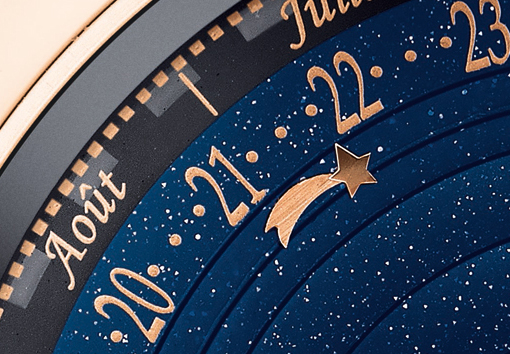 A seventh ring, the outer one, carries a tiny shooting star, on which a point of the star indicates the time against the 24-hour scale on the bezel. Each hour is divided into quarters, and so you can tell the time to the nearest five minutes or so. The poetry of the piece is increased even further by the rotating bezel, with which you can select a lucky day by adjusting the position of a red triangle on the annual calendar on the perimeter of the dial. On that date, the Earth will be perfectly framed by a star engraved on the sapphire crystal.

The caseback has a sapphire crystal, with an oscillating weight engraved with stars. Two push-buttons are used to set the day, month and year. Van Cleef & Arpels applied its jewel-making brilliance to the planets, made in semi-precious stones: turquoise for the Earth, serpentine for Mercury, chloromelanite for Venus, red jasper for Mars, blue agate for Jupiter and sugilite for Saturn. The sun at the centre is in pink gold; the concentric discs are in aventurine. 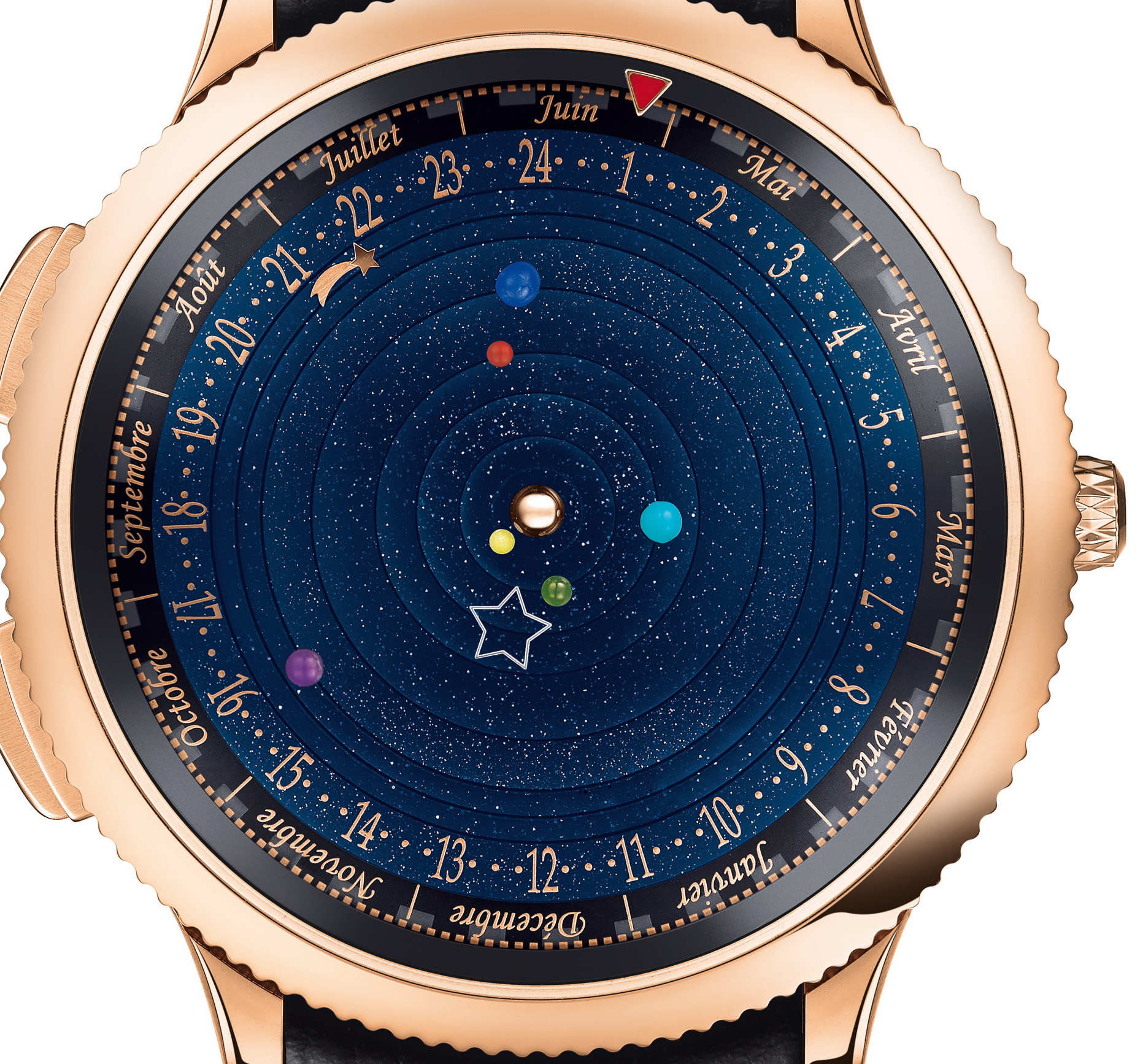 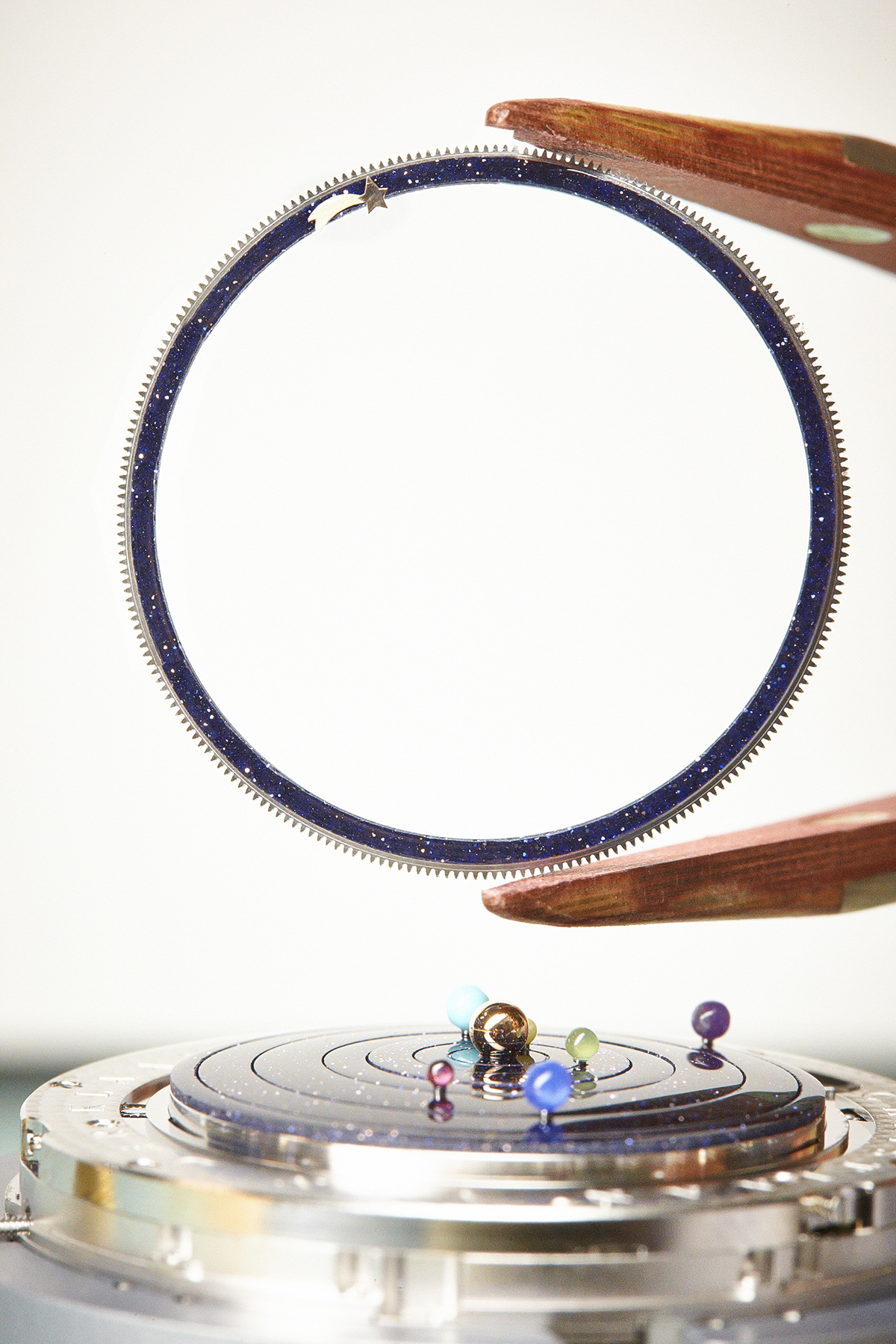 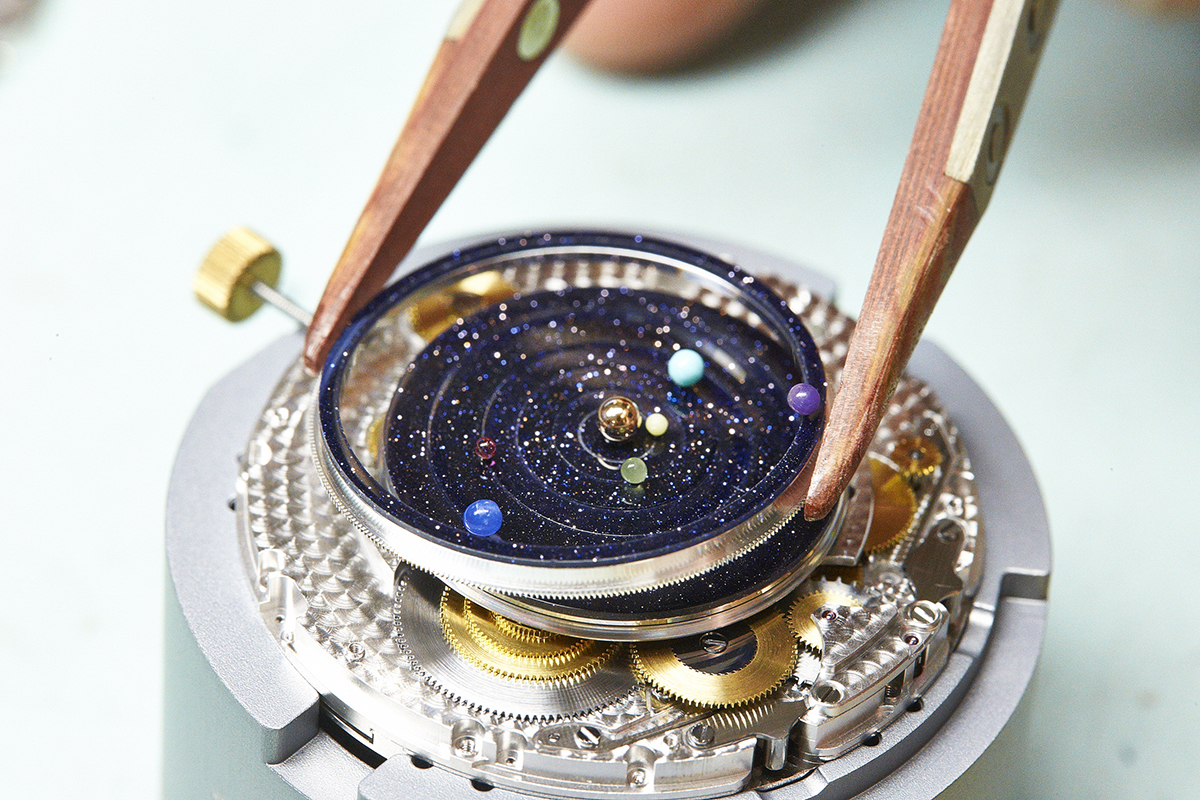 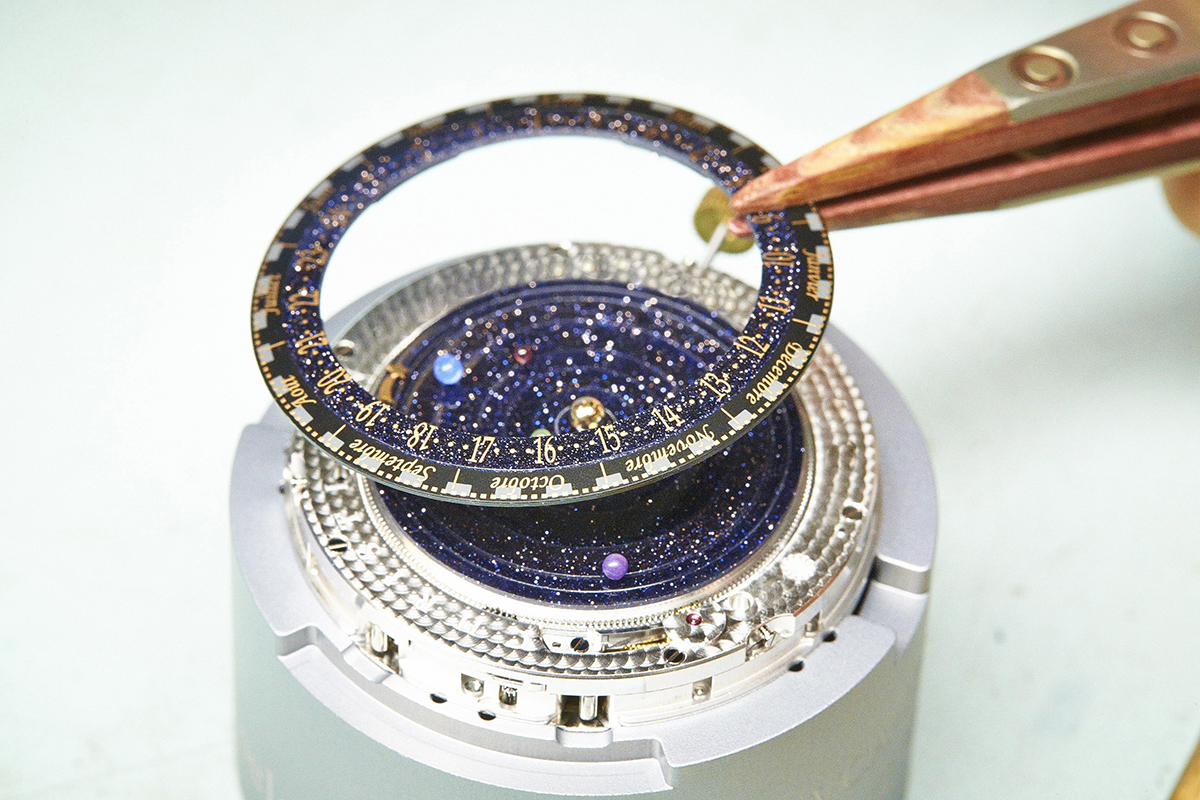 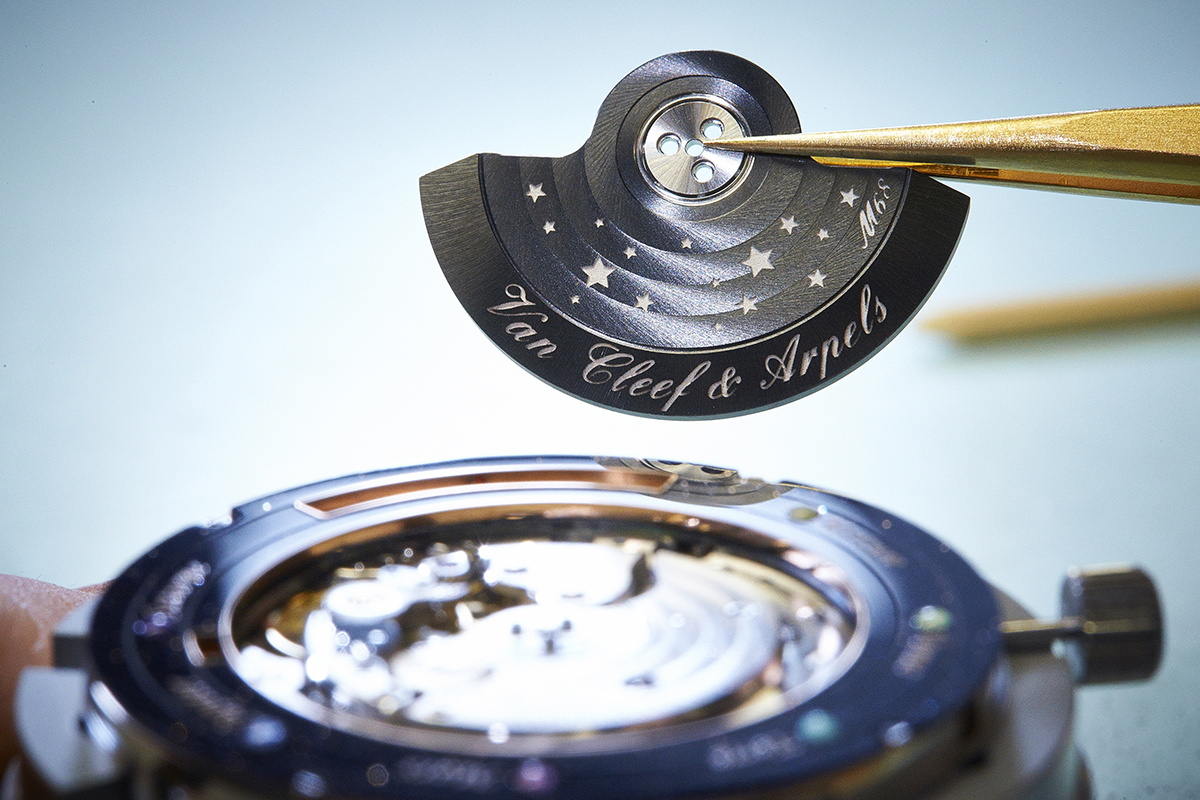 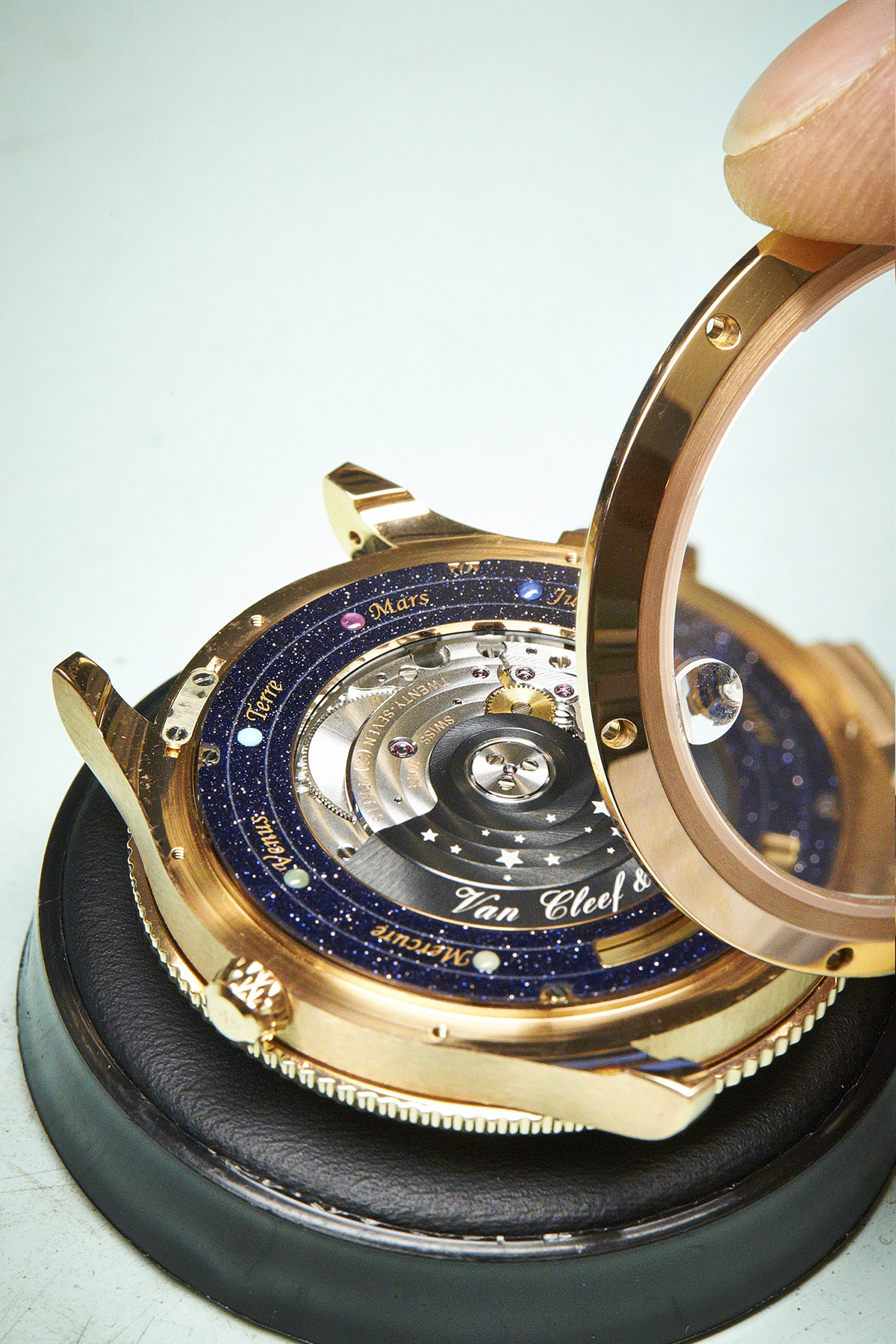 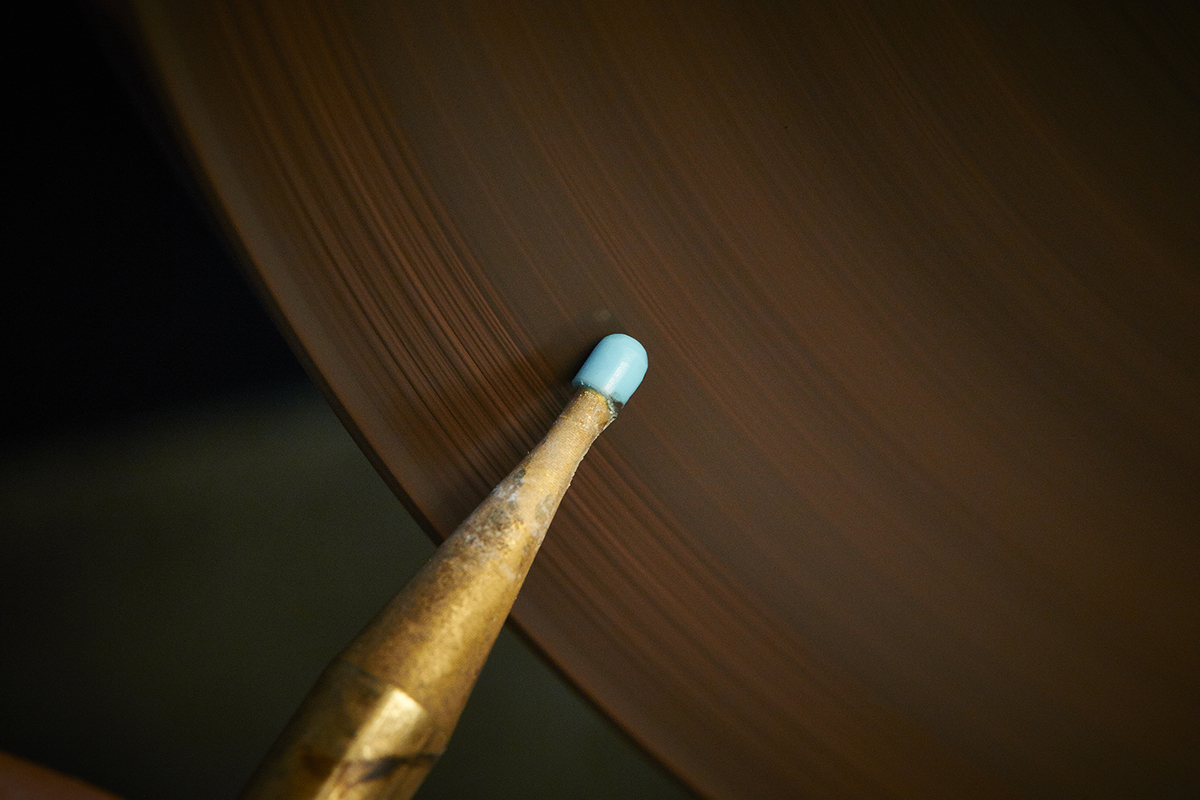 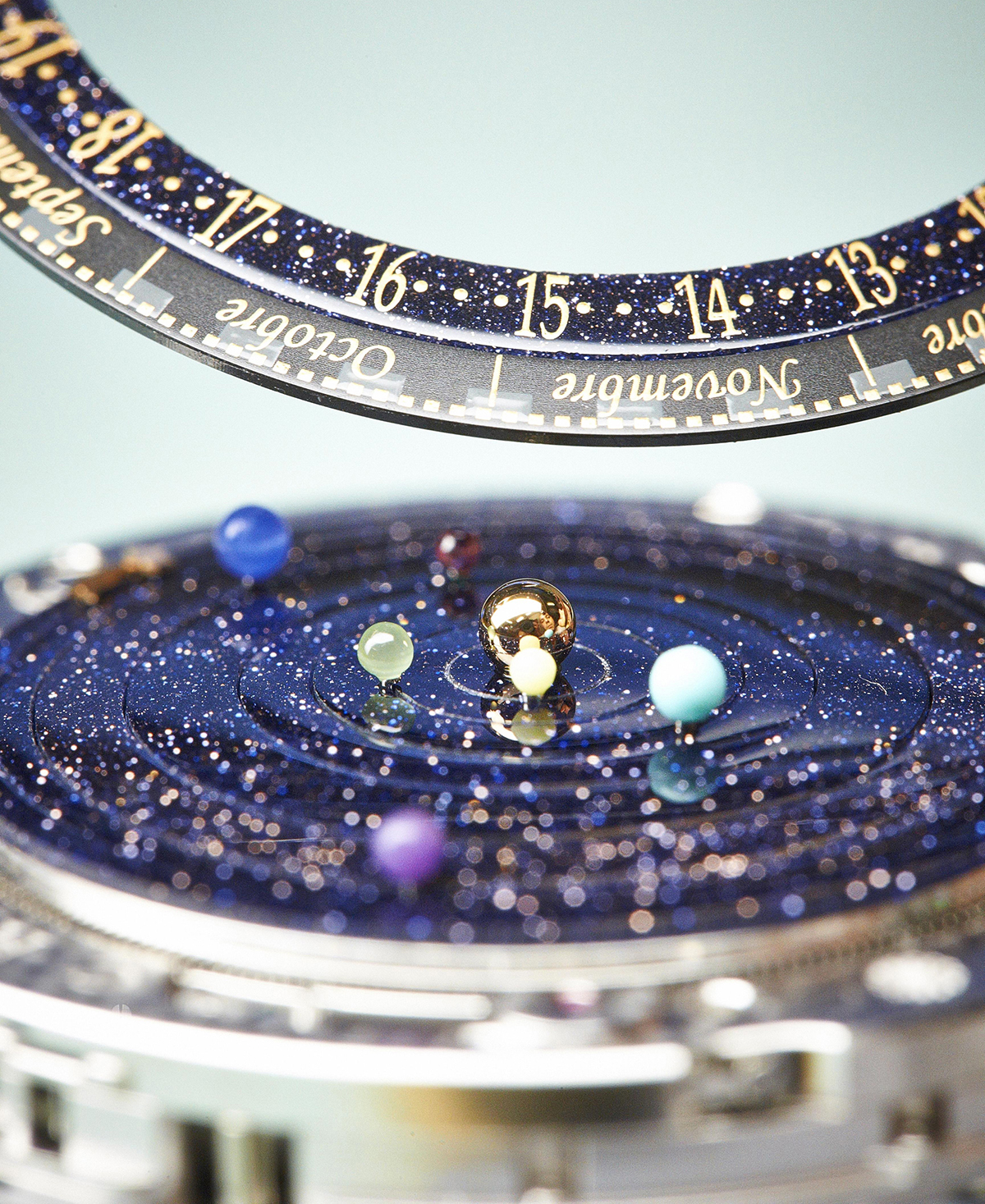