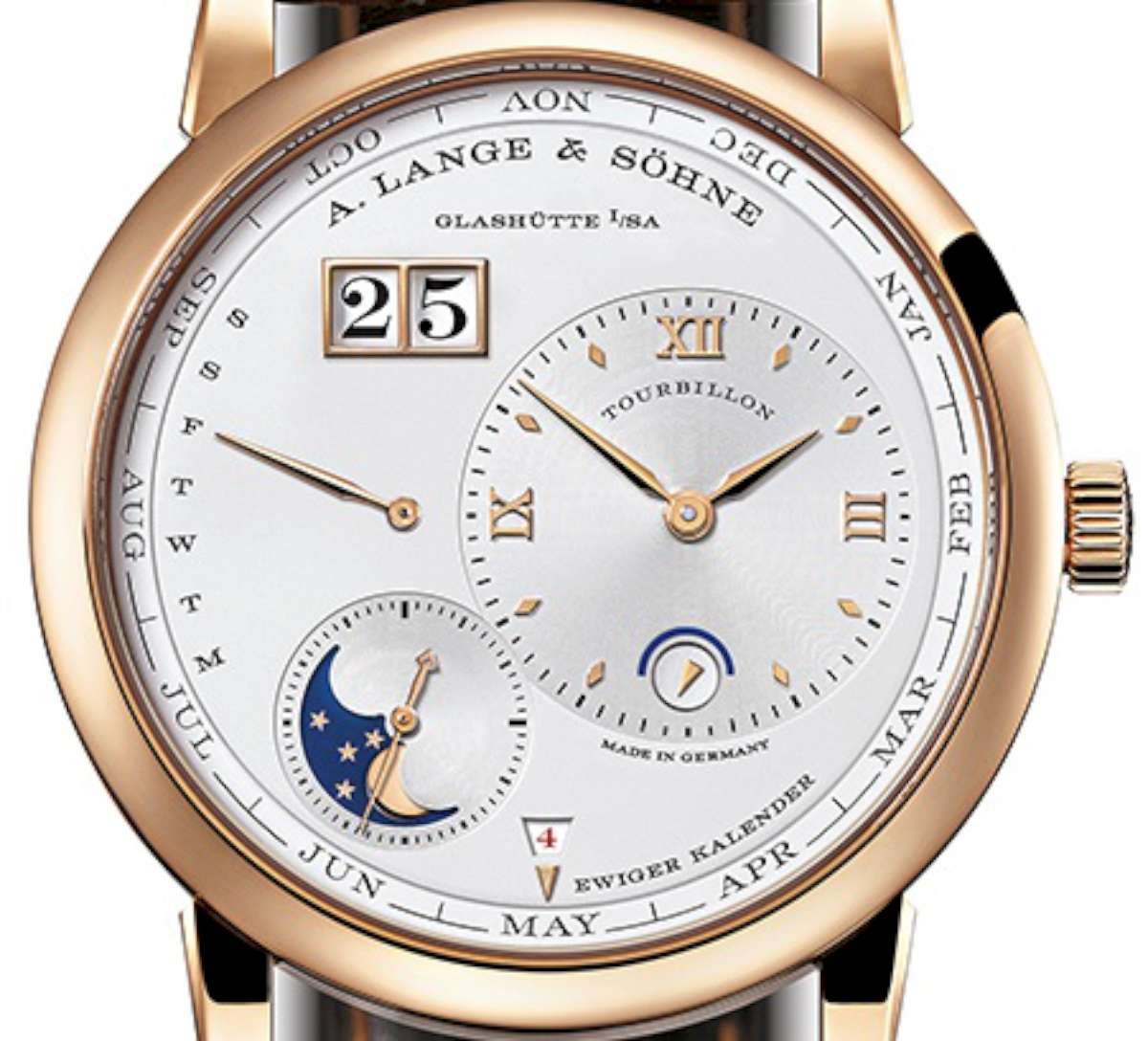 A. Lange & Söhne create brilliant, complex watches, but they don’t shout about it. One of the two great German watch brands (with Glashütte Original) based in Glashütte, near Dresden, A. Lange & Söhne delights its fans and collectors with watches whose complexity of functions is accompanied by wonderful movements and understated dial design. In the Lange 1 Tourbillon Perpetual Calendar, reference 720.032, the tourbillon, such a virtuoso feature of watchmaking that it is usually displayed prominently on the dial, is visible only through the caseback. And all the calendar information is arranged on a dial that is a tribute to concise simplicity. The watch was introduced this year, 2014, as the new rose gold new version of the existing limited-edition platinum reference 720.025.

A quick guided tour. Hours and minutes are shown on an eccentrically-positioned circular dial at 3 o’clock, with the word “tourbillon” at the top of the subdial hinting that this feature is part of the watch. At the bottom of the subdial, there is a small window with day-night indicator. To the left of this subdial is the moon phase indicator, with small seconds. Above this (in the 9 o’clock position on the watch overall), days of the week, shown with a retrograde hand that flicks back down to Monday after finishing Sunday. The date is shown at top left, with the characteristic large numerals. At the very bottom of the dial there is a small window with leap year indication (1, 2 and 3 in black, 4 in red during a leap year). The months are shown on a peripheral ring, right next to the bezel, with a triangular indicator at 6 o’clock. 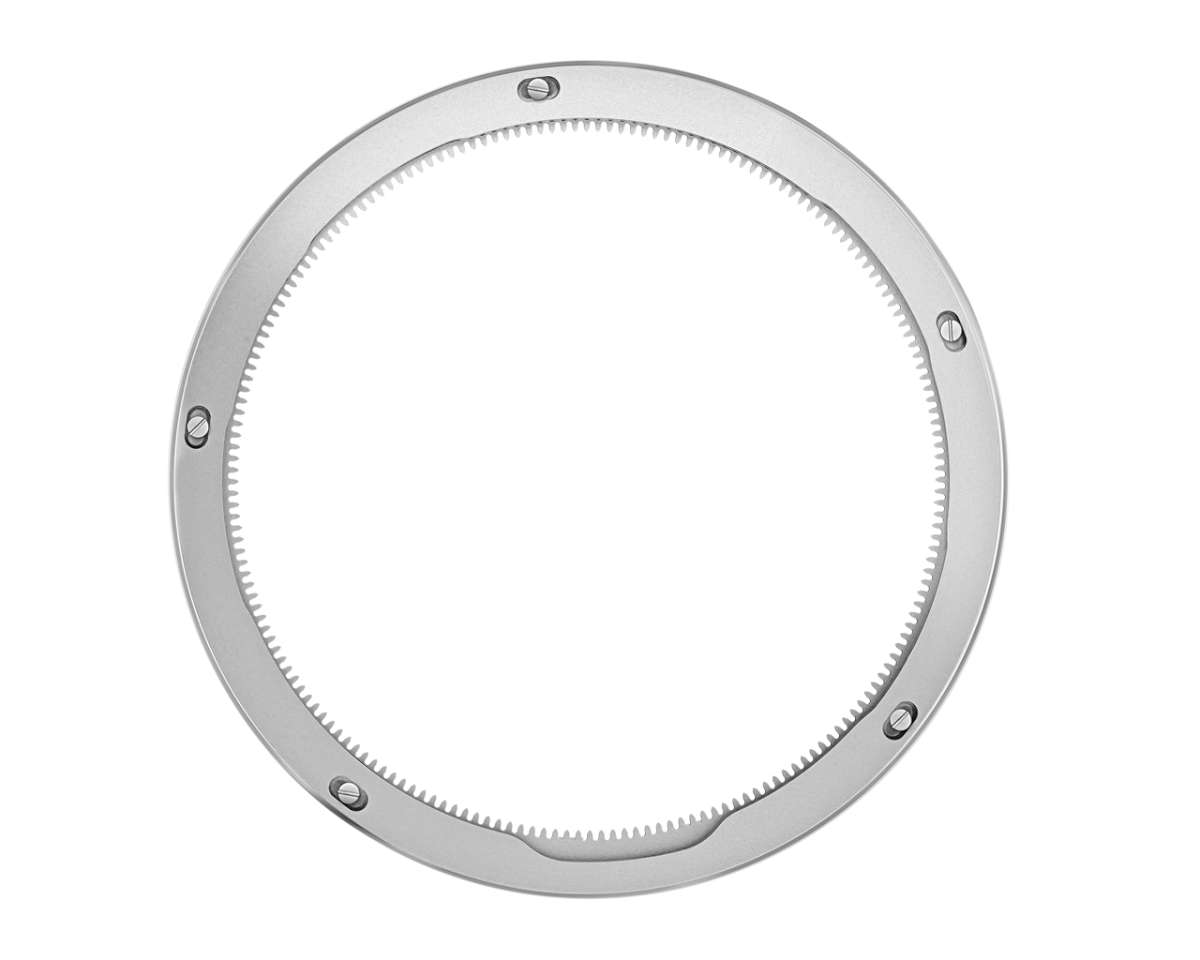 The peripheral ring carrying the months

The perpetual calendar therefore displays day, date, month and leap year, keeping track of the vagaries of the calendar until 2100, when the leap year will be omitted as part of the Gregorian calendar correction. The watch will have to be corrected by one day on that occasion. The moon phase is also incredibly precise, running accurately for 122.6 years before a one-day correction will be required. The main feature of the calendar is its clarity: everything is visible and legible at a glance.

The mechanical brilliance of the Lange 1 Tourbillon Perpetual Calendar includes a stop seconds mechanism. The tourbillon was invented by Abraham-Louis Breguet back in 1801 to improve the accuracy of timepieces, and it has become a standard feature on high-end watches due to the difficulty of its manufacture, but curiously no brands had included a stop-seconds mechanism by which you can stop the tourbillon in order to set the watch to the second. At. A. Lange & Söhne, they must have thought, surely a feature designed to improve accuracy should provide the possibility of setting the timepiece to the exact second! And so this model includes the stop-seconds mechanism, which stops the balance inside the tourbillon cage when the crown is pulled. The tourbillon can be seen through the sapphire caseback, and has a diamond set into the cage, a reference to the brand’s historic pocket watches. 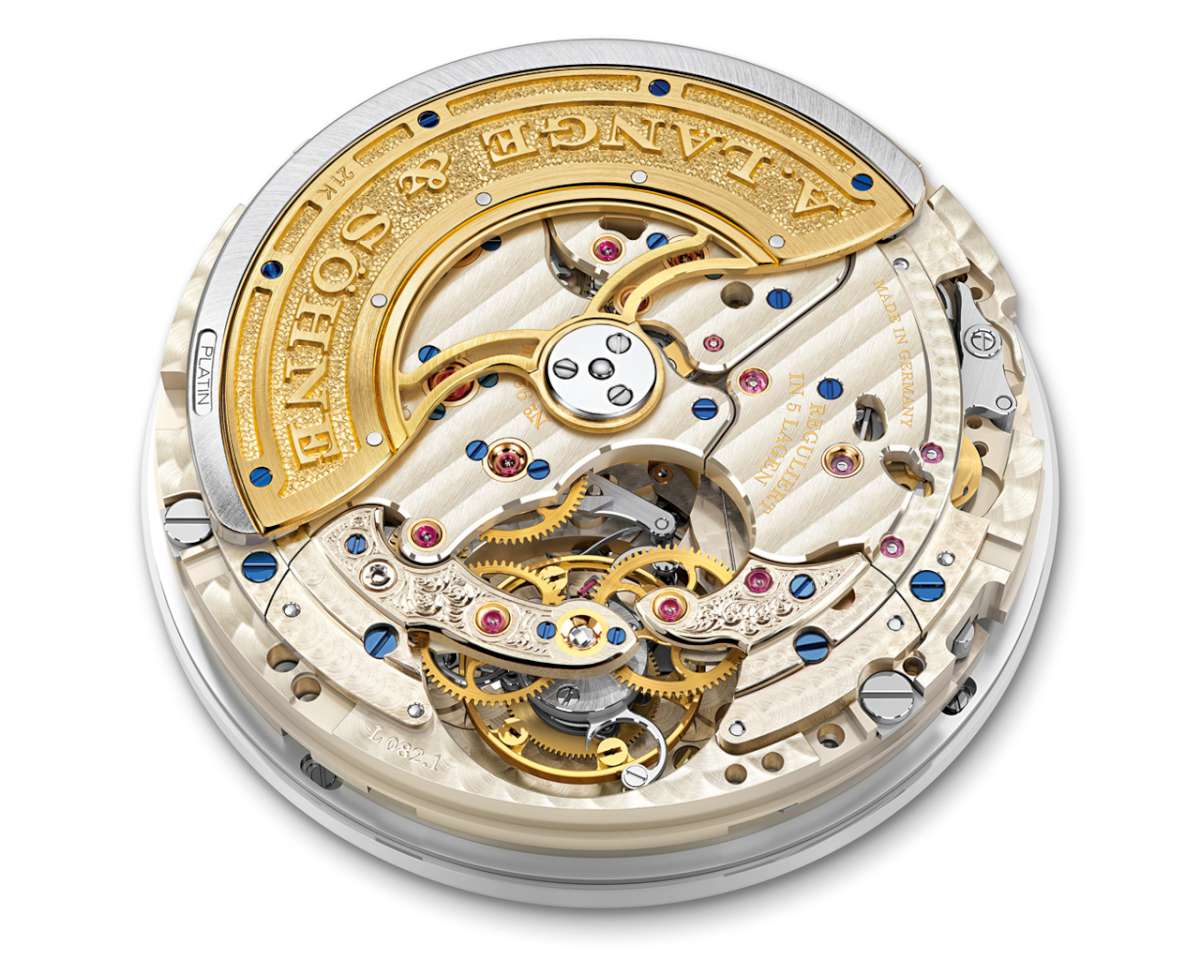 The L082.1 movement visible through the caseback

Also visible through the caseback is the 21-carat gold oscillating weight that winds the movement, with a peripheral platinum mass on its outer edge to deliver extra winding torque. Power reserve is 50 hours. The L082.1 movement is beautifully decorated throughout, with plates and bridges in untreated German silver, and hand-engraved intermediate wheels and tourbillon cocks. 624 parts, 76 jewels. The case is in pink gold, 41.9 millimetres in diameter, 12.2 millimetres in height, with silver dial. The watch has a strap in red-brown crocodile. The cost of the watch is € 268,400.00 (price correct for Germany).
The platinum version of the same watch (Reference 720.025), presented in 2012, is made in a 100-piece limited edition. Follow this link to find A. Lange & Söhne boutiques worldwide. 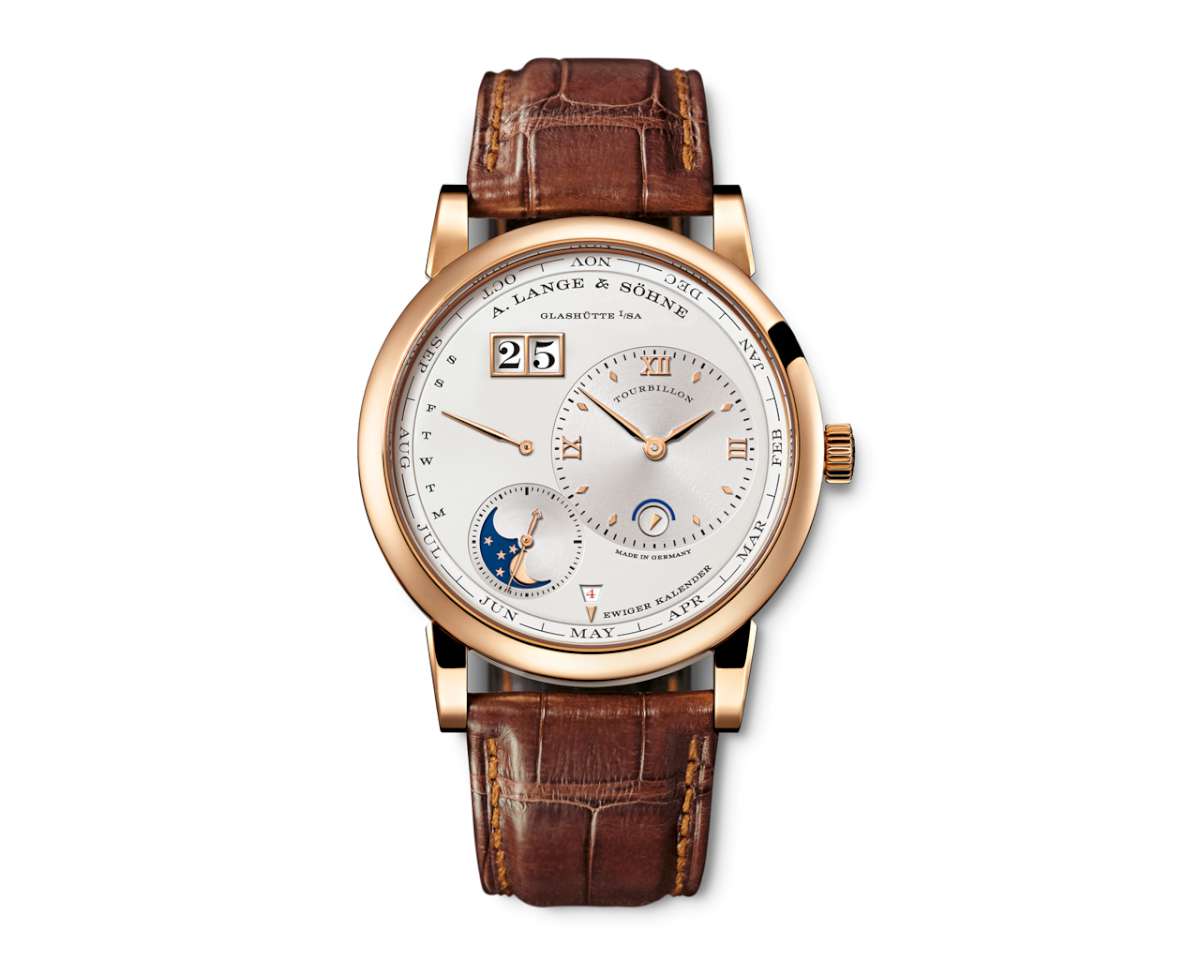 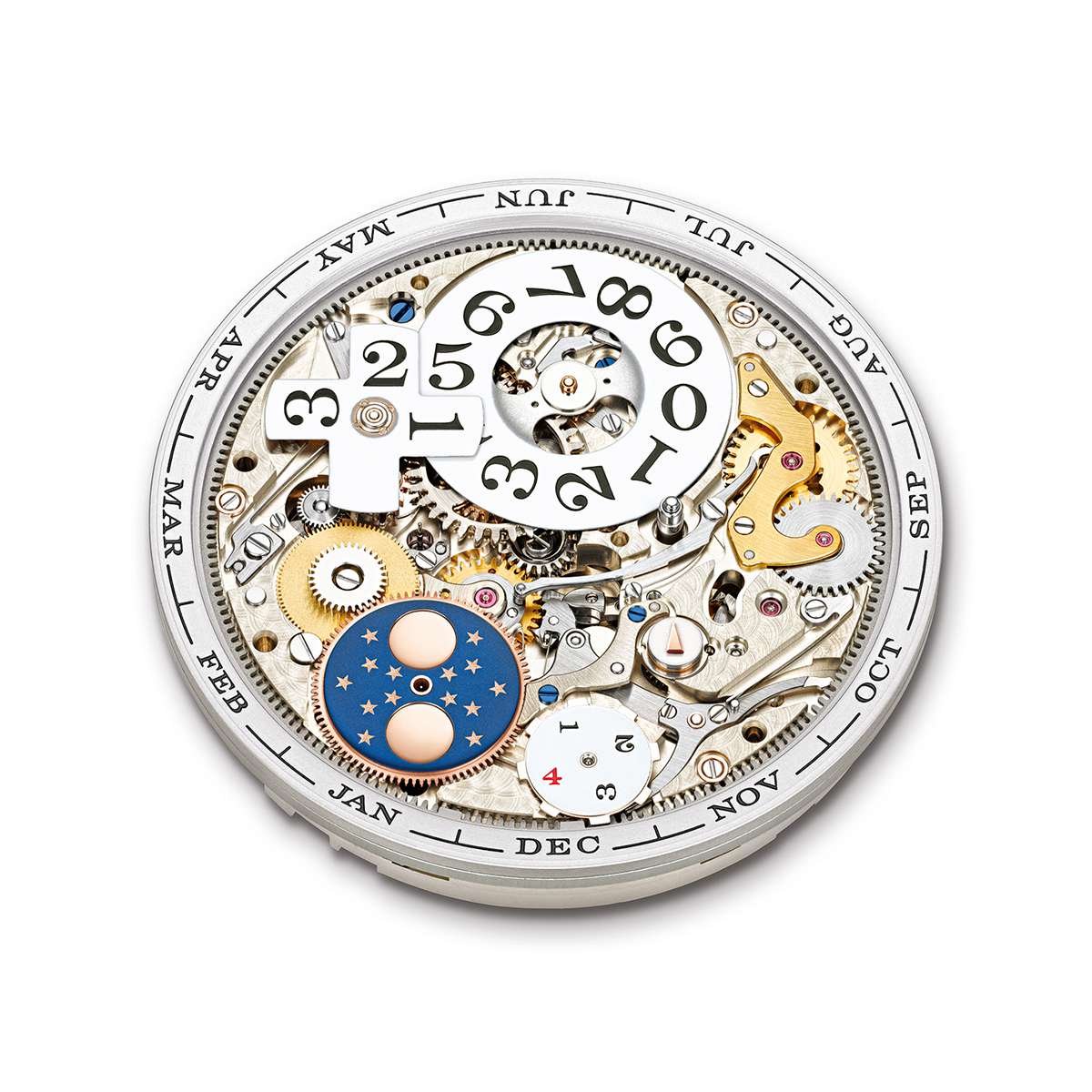 Front side of the L082 movement 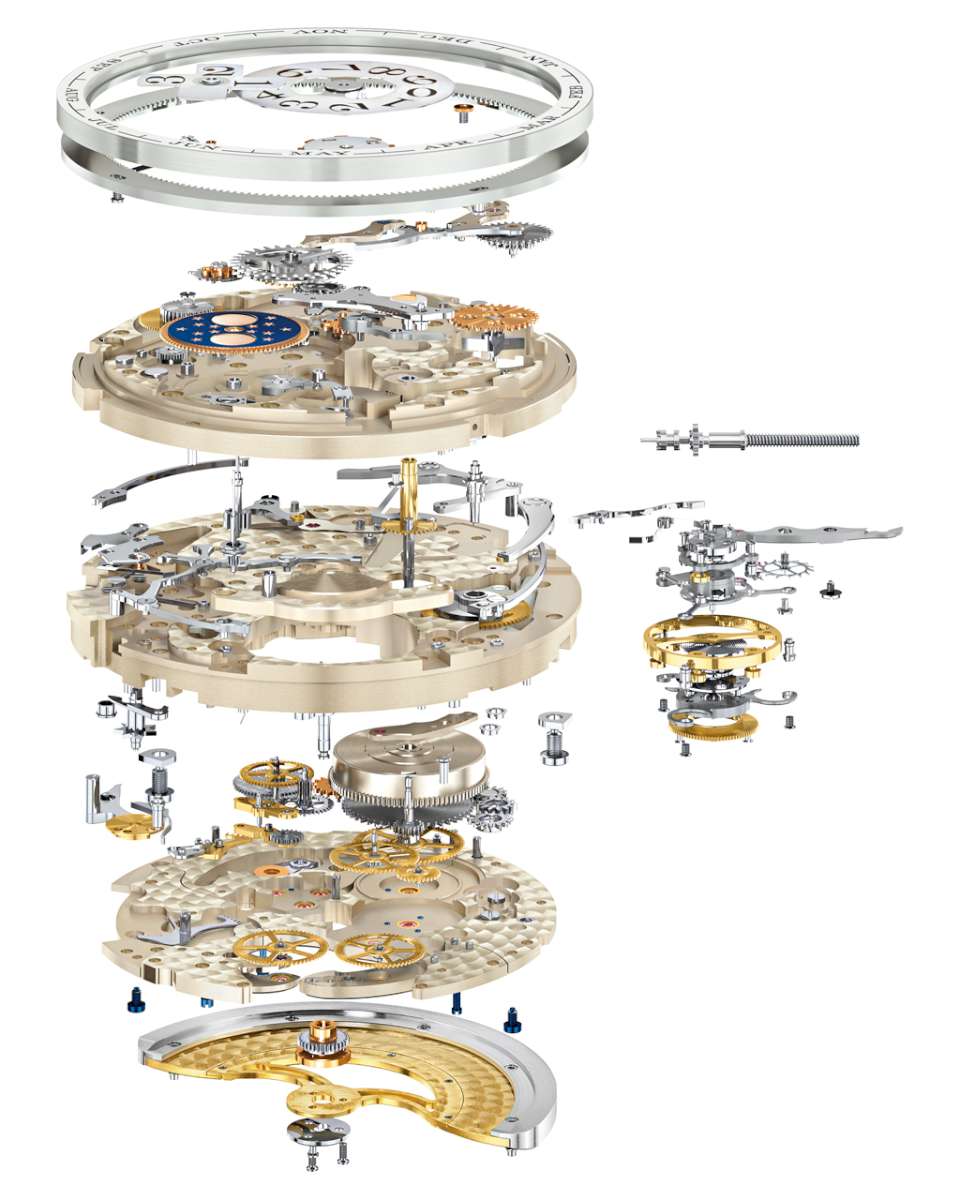 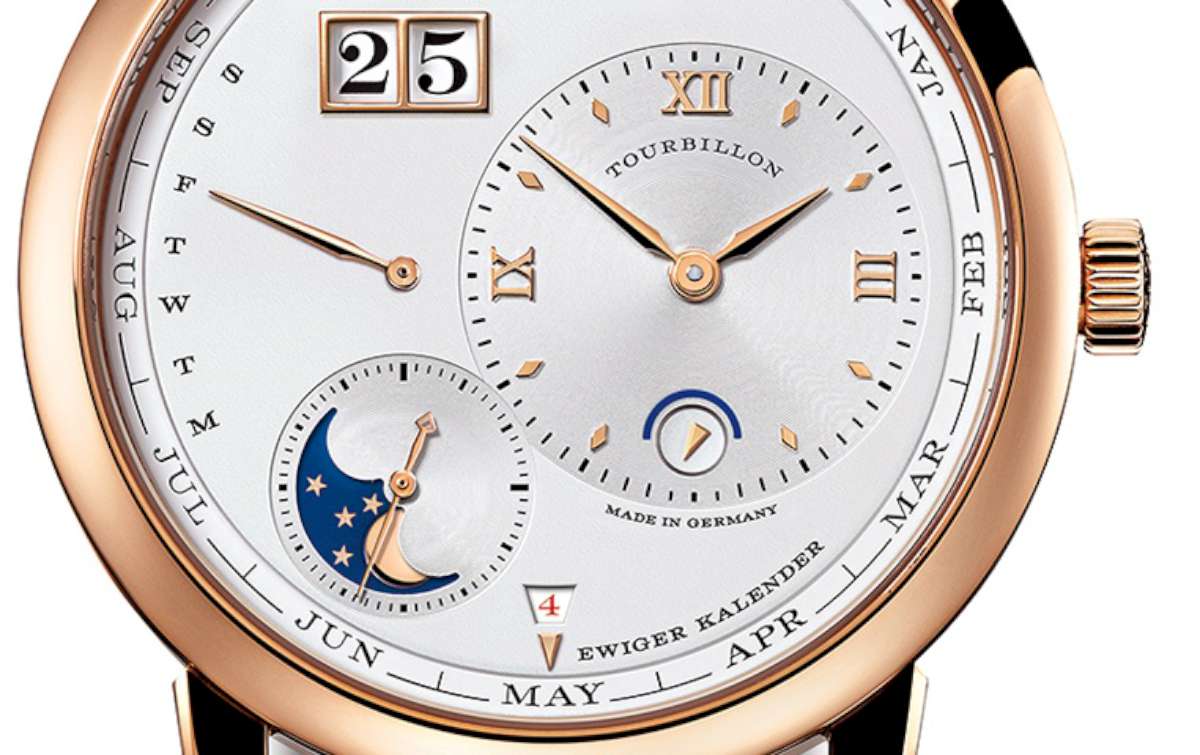 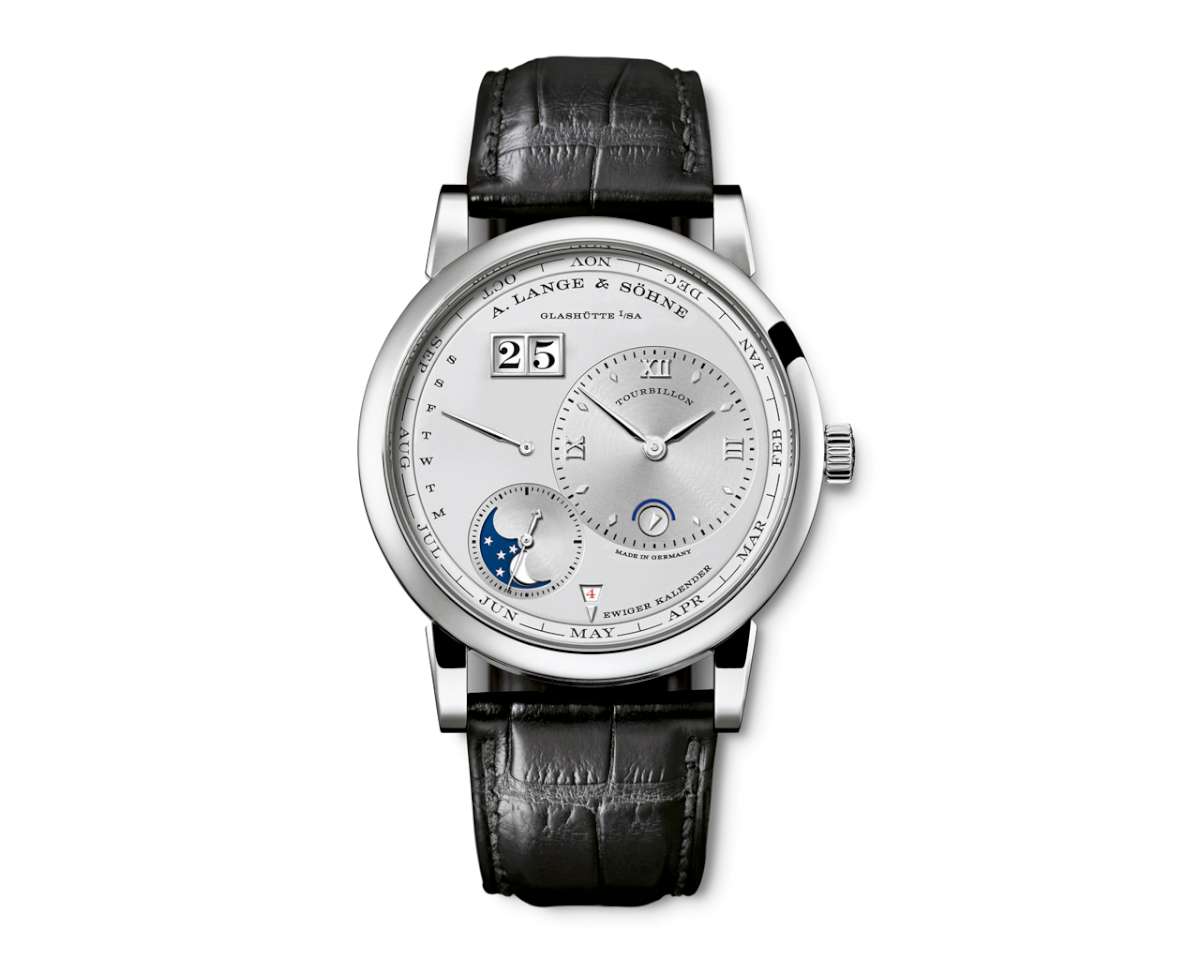 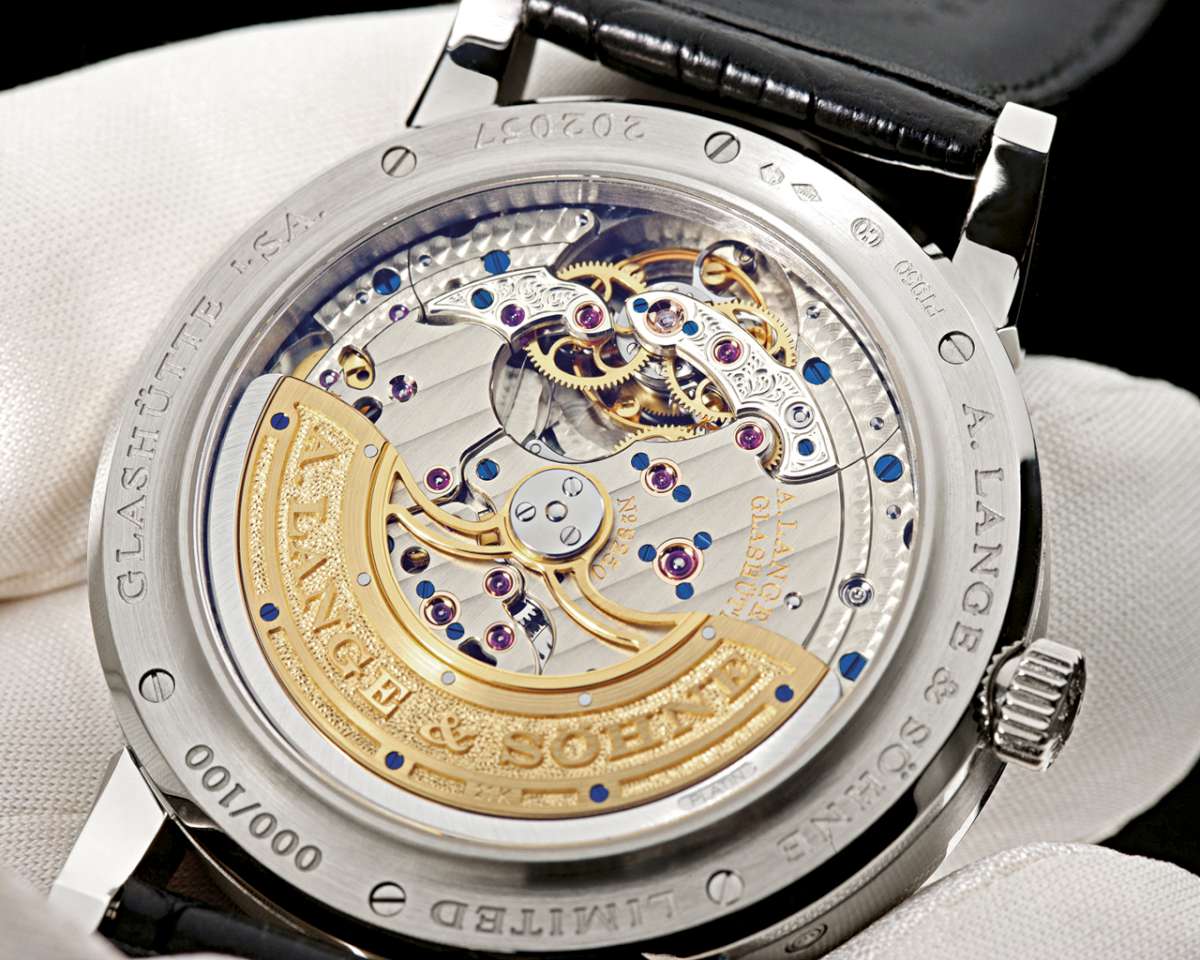 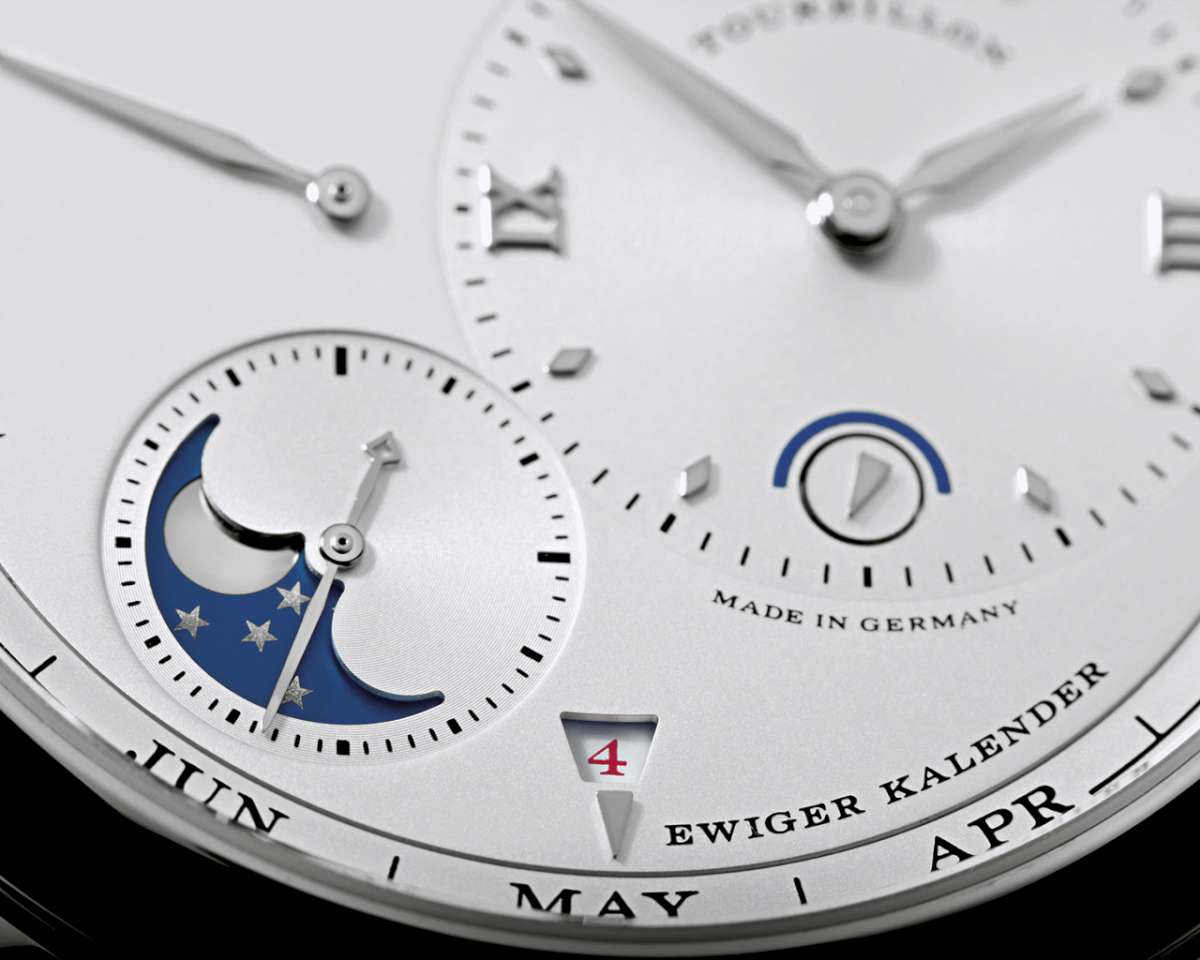