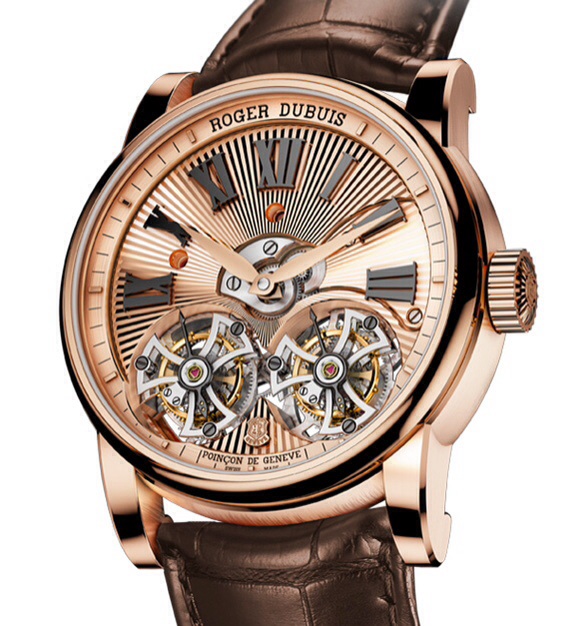 The “hommage” (tribute) in the name is the name of a family of watches, as well as being a tribute. Georges Kern, CEO of IWC, was involved in the management of Roger Dubuis for a short time after its acquisition by the Richemont group, and so the organization of Roger Dubuis’ watches into five major families, which rotate as the major focus year by year, possibly originates from his contribution, as IWC works in the same way. This year, it was the turn of Hommage (after the fantastically theatrical Excalibur last year). It was the name of Roger Dubuis’ first line of watches made in the 1990s, and at that time it was intended as a tribute to the watchmaking traditions of Geneva, Roger’s city of origin. The series of Hommage watches presented at SIHH in 2014 are intended more as a tribute to Dubuis himself: he retired from the company about a decade ago, and now is the brand ambassador.

The Roger Dubuis Hommage Double Flying Tourbillon highlights the two tourbillons in the lower part of the dial. The tourbillons function independently, and any differences in their oscillation are averaged out before their regulation is passed to the movement. They are set into a dial hallmarked by deep sunburst guilloché, along with chunky Roman numerals, creating that larger-than-life architecture that has become synonymous with the brand’s approach. The guilloché is hand-worked and so all the watches are slightly different. Even though this is a fairly large watch at 45 mm diameter, its wearability has been carefully designed, with lug design ensuring that it sits comfortably on the wrist.

The hand-wound RD100 movement is made in-house, with 452 components; it provides 50 hours power reserve. The production of each watch takes about 1,200 hours, of which 360 are dedicated solely to the tests and checks required for the Poinçon de Genève quality mark. On the back, the sapphire crystal bears Roger Dubuis’ signature. A power reserve indicator can be seen at the top of the movement.

Roger Dubuis worked at Patek Philippe for fifteen years, and then spent another long stint working as a consultant on complication movements for other brands. He founded his own brand in 1995, and retired in the early years of the new millennium; the company was purchased by Richemont in 2010. 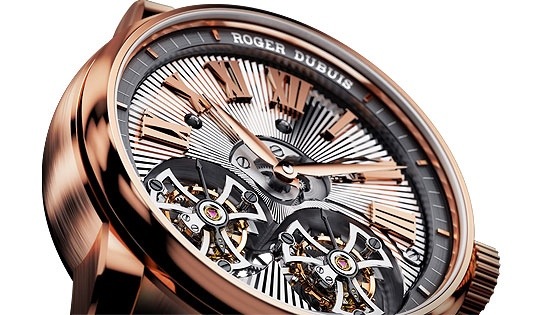 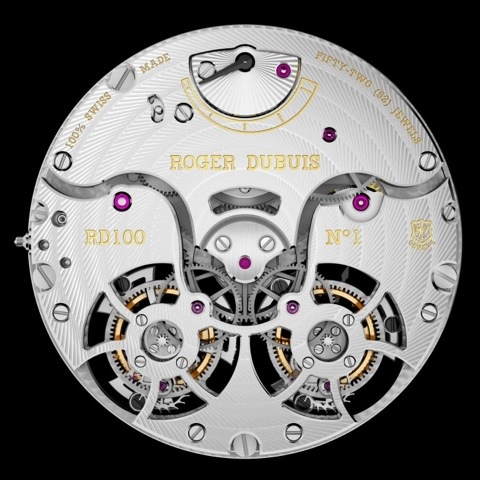 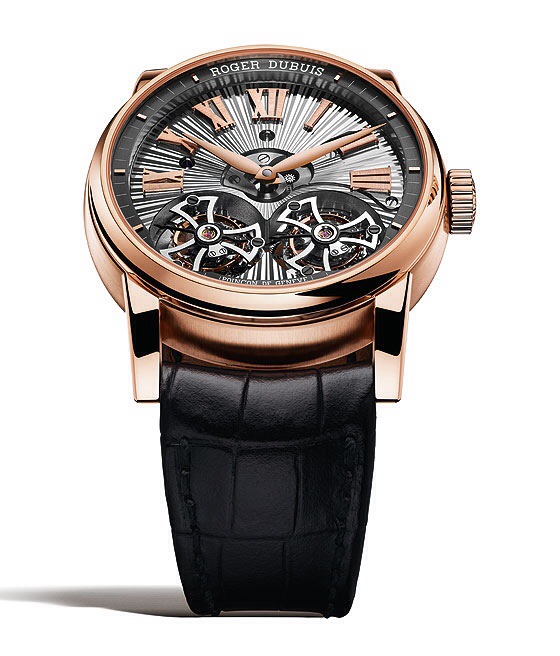 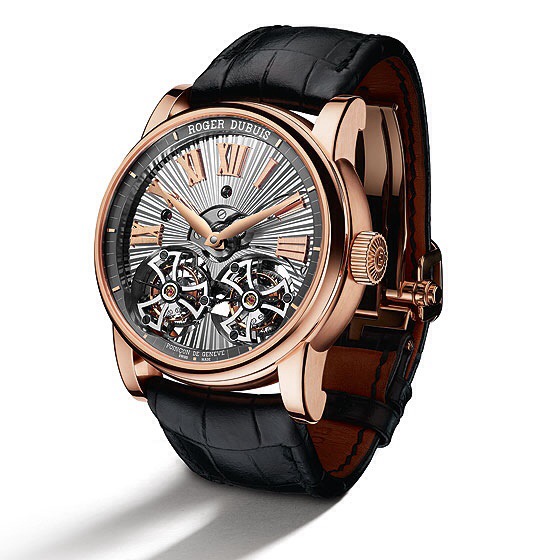 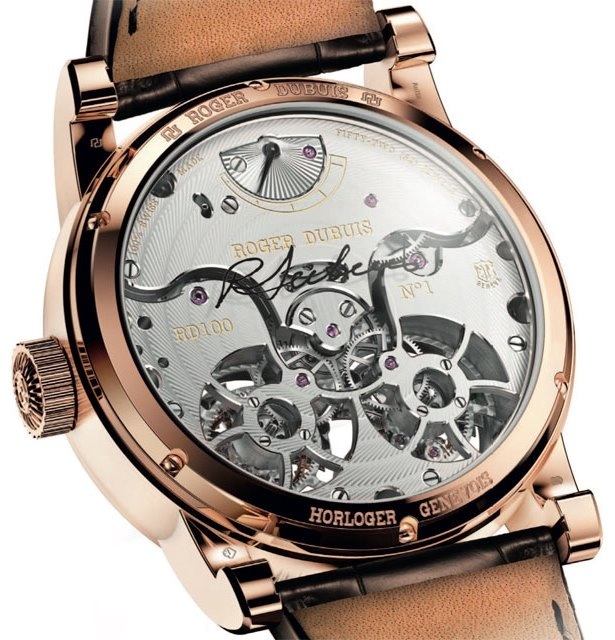 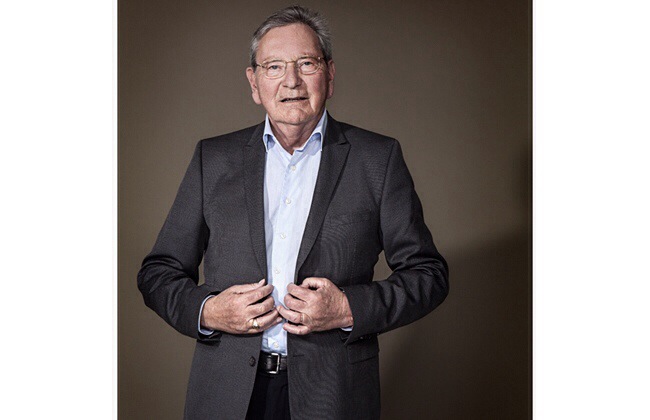