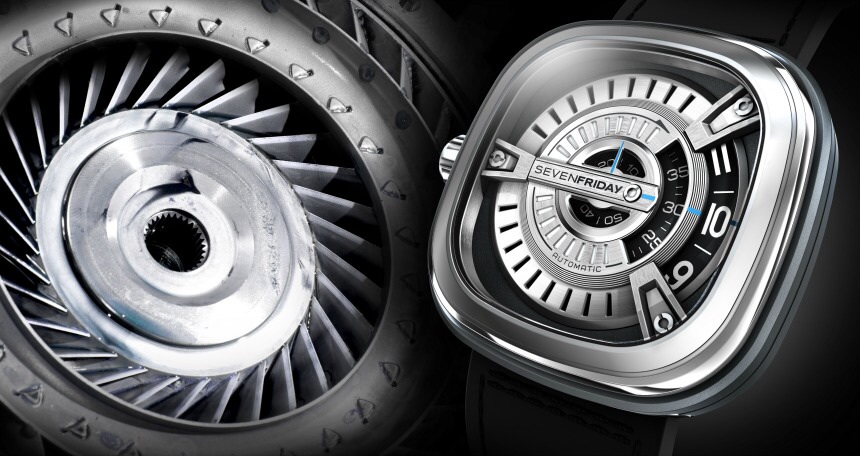 SevenFriday is an interesting brand. It was founded in May 2012 by Daniel Niederer, who made no secret of the fact that his watches have movements by Miyoto, a Japanese company that is part of the Citizen group; that they have other components sourced from around the world; and that they are assembled in Hong Kong and China. The company itself is based in Zurich, which is where the timepieces are designed. Niederer himself has written: “We focus on quality, esthetics, identity and integrity… we decided for Miyota as we consider it a very high-quality movement with interesting features. We just don’t believe that the world needs another watch brand doing the same, the same way as all the others before.” (forum.tz-uk.com).

And SevenFriday are certainly not doing the same. Their watches have a sort of steampunk look about them, a tough industrial character that can also be seen in brands like Romaine Jerome and U-Boat. They show the time in a way that looks very different, even though the movements have the classic hours, minutes and seconds indications.

Unmistakable looks are one part of SevenFriday’s appeal. The other is price. Their watches are based on mechanical movements, housed in complex, multi-level cases, with good finish, but they cost about $1,000 each. Which of course for most people is still a lot of money, but it’s a price level that the ordinary person with more than a passing interest in watches could reach. And many have done just that: in the company’s first year of trading, they sold over 12,000 watches. 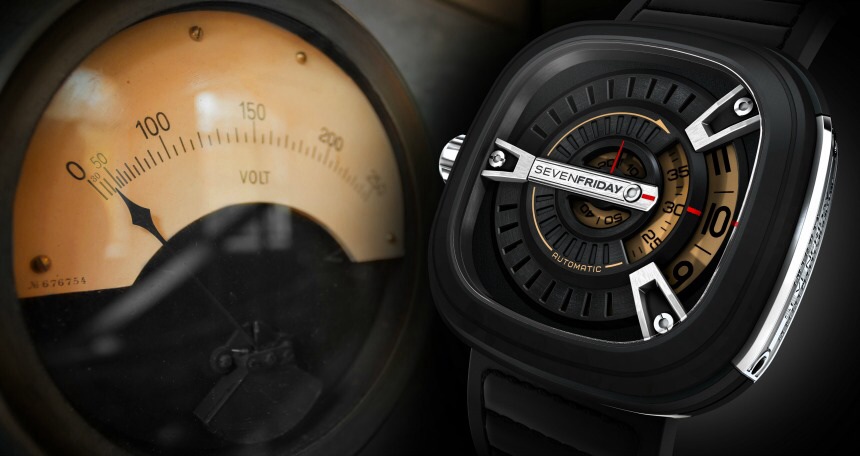 M1 and M2 are the 2014 watches by SevenFriday. Like the previous P series, the cases are still large and cushion-shaped, but in the M watches, time is shown by discs and not hands. The net result is that, just like the P series, these watches get attention. The M1 dial is inspired by turbines, the M2 by ammeters and old radios. The dial consists of six layers in alternating finish: M1 features a lot of silvery finish, whie M2 has a darker look from the black PVD treatment used on the stainless steel case and some of the dial layers. Both have three discs, for hours, minutes and seconds, adjustable using a crown on the left-hand side of the case. The industrial feel is heightened by the metal caseback engraved with the watch’s technical specifications.

M1 and M2 are powered by a modified Miyota calibre 8215 automatic movement, with 45 hours power reserve. Both have a calf leather strap. M1 retails for CHF 1,197, M2 costs CHF 1,329. You can find boutique addresses by clicking on this link.

Daniel Niederer worked for ten years distributing watches on the Asian market before launching his own brand. And what about the name, SevenFriday? He says that it’s like saying “carpe diem”. Try to do what you enjoy doing, every day. 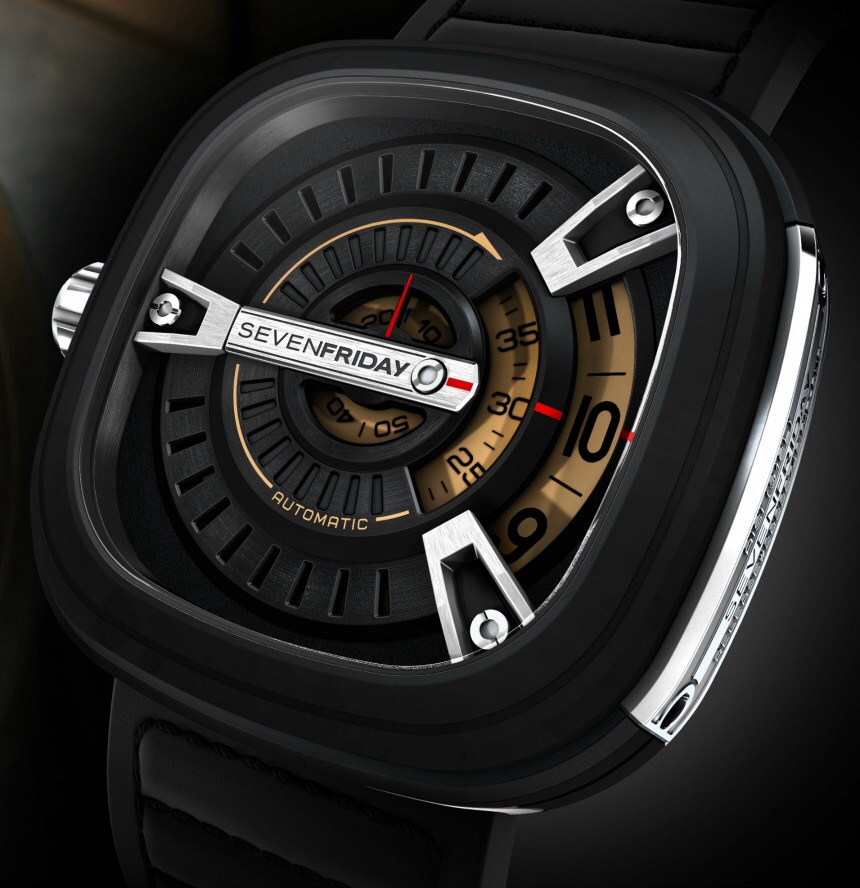 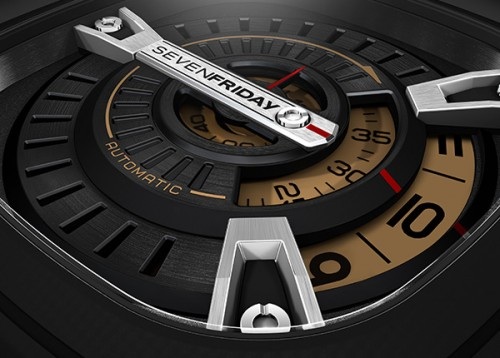 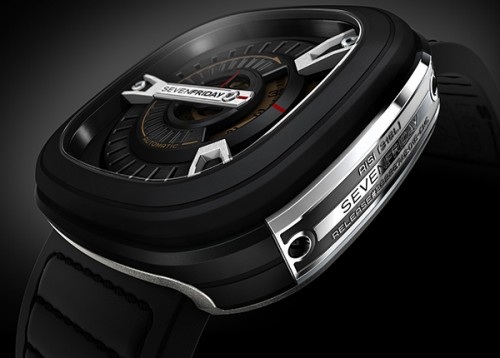 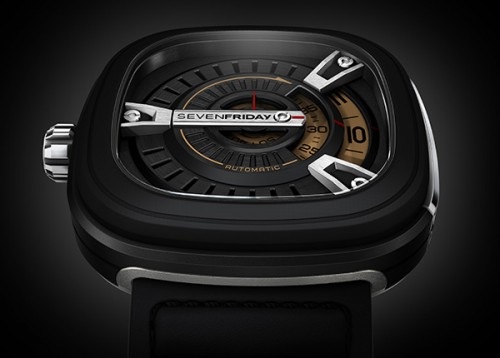 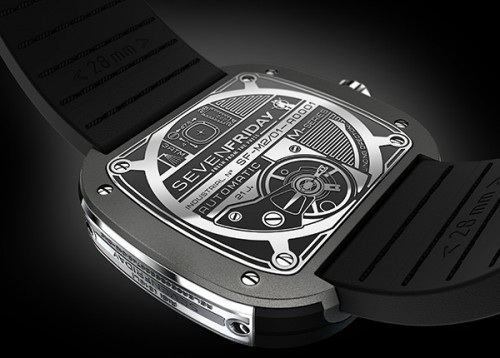 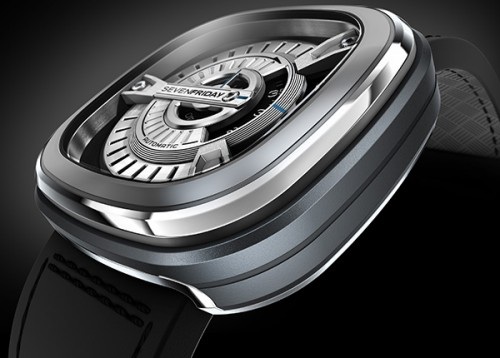 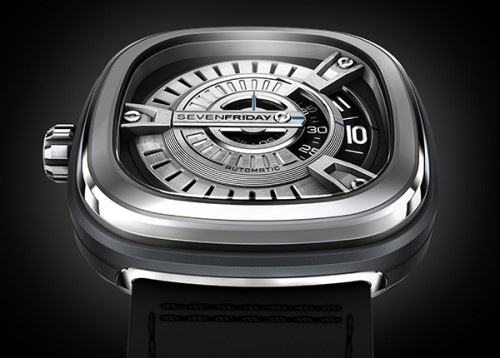 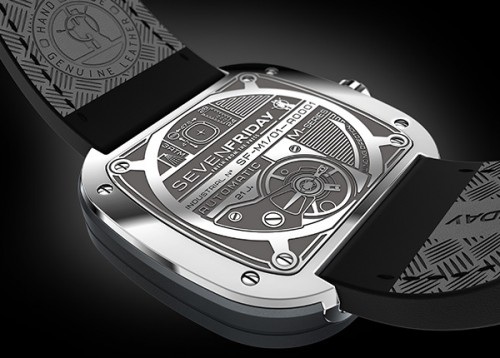 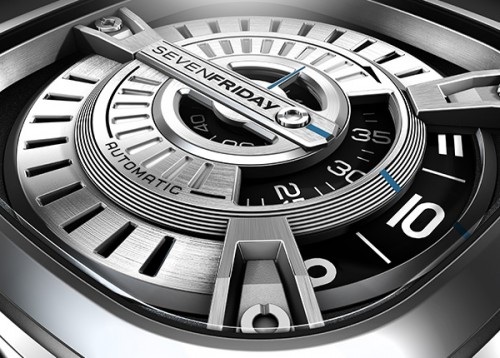 One thought on “M1 and M2 by SevenFriday”