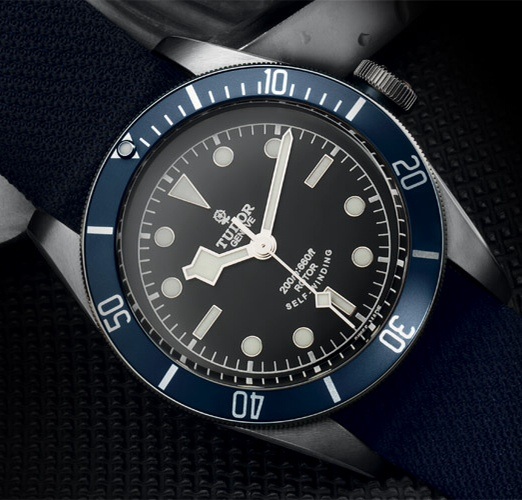 You can’t talk about Tudor without talking about Rolex. Tudor was formed by Rolex specifically to make cheaper watches, and therefore cover the market segment below. It’s an area where a lot of battles are being fought, with new brands appearing right down at the entry level (such as SevenFriday), brands that are quietly expanding the price range of their brand to include the entry-level segment (such as Montblanc), and the big players in this area such as Longines and Hamilton. Direct competitors for Tudor include names like TAG Heuer and Omega.

In 1946, Hans Wilsdorf, creator of Rolex, announced, “For some years now I have been considering the idea of making a watch that our agents could sell at a more modest price than our Rolex watches, and yet one that would attain the standards of dependability for which Rolex is famous. I decided to form a separate company, with the object of making and marketing this new watch. It is called the Tudor Watch Company.”

Rolex is the most valuable watch brand in the world, number 68 on this year’s Forbes list, and the only watch brand in the top 100. And so Tudor does what Rolex cannot be seen to do: use movements that are not made in-house, and adopt aggressive marketing targeted at a younger age-group, with sponsorship of Ducati and other motorsport brands. In 2013 Tudor announced its return to the US market, and in 2014, its Baselworld presentation included a new colour for the Heritage Black Bay, which taps into the brand’s heritage and in particular its first diver’s watch, the 1954 Tudor Submariner. 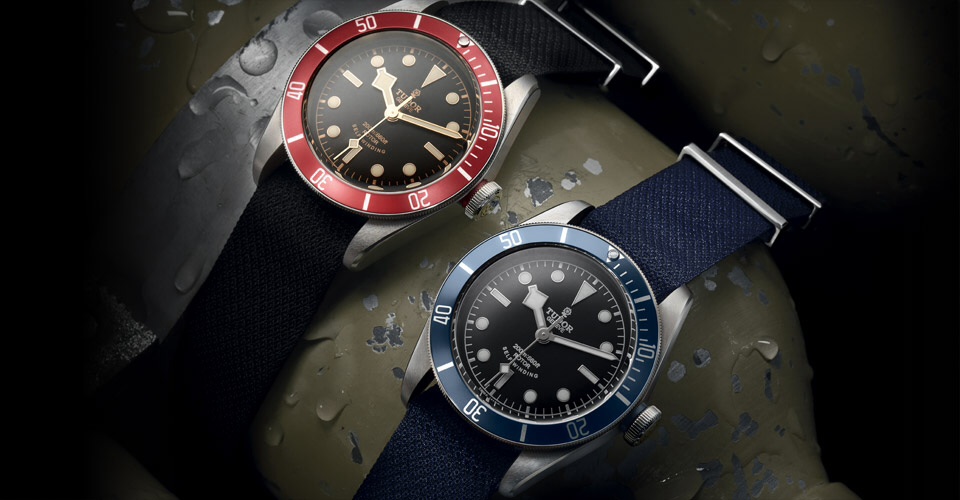 The 1954 version has been brought up to date with some contemporary design features such as the coloured anodized aluminium detail on the crown and the angular “snowflake” hands. The first Heritage Black Bay, introduced in 2012, has a dark brown dial and burgundy bezel; the version launched in 2014 has a matt black dial, silver hands and hour markers, and midnight blue bezel and crown tube. The colour comes from the blue Tudor Submariner watches supplied to the French Navy in the 1970s.

The watch has the Tudor Calibre 2824 self-winding mechanical movement (an ETA 2824 with bespoke decoration), with a power reserve of 38 hours. The steel case is 41 mm in diameter, with a unidirectional rotating steel bezel. The watch is waterproof to 200 metres, 100 short of the mandatory 300 metres recommended for diver’s watches.

It retails for $3,425 (steel bracelet) or $3,100 (leather strap), the same price as for the burgundy model. It’s a good watch: the 2012 burgundy version won the GPHG (Grand Prix D’Horlogerie De Genève) Revival Prize. 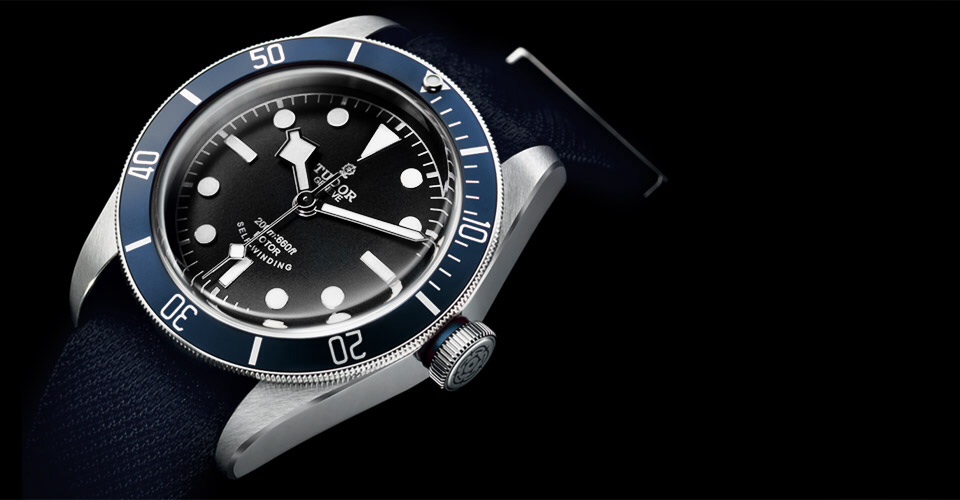 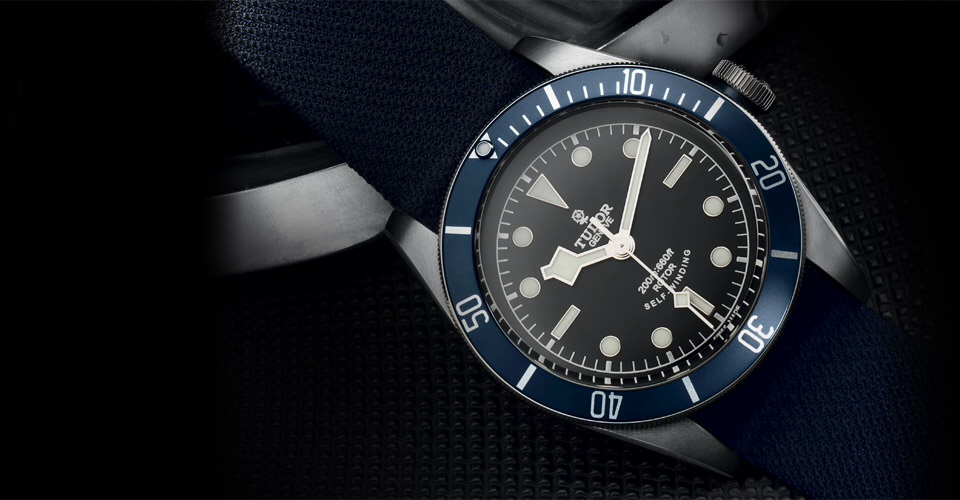 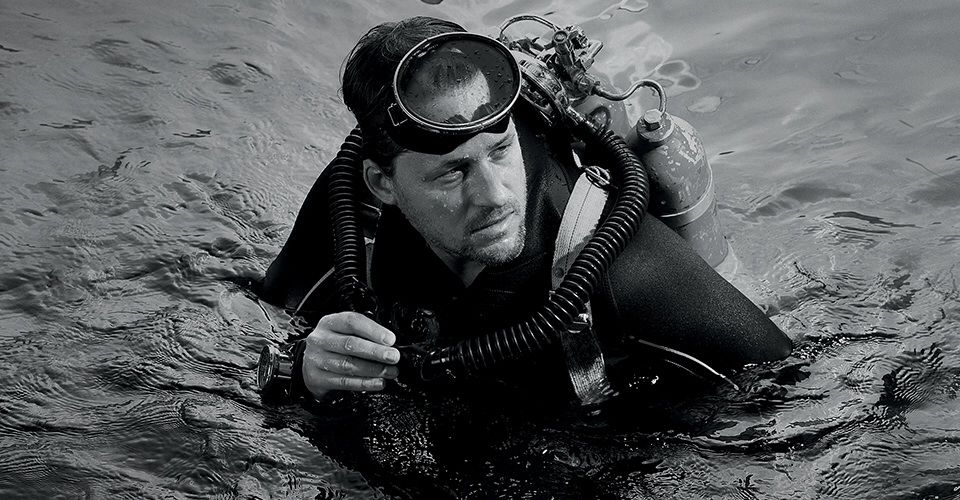 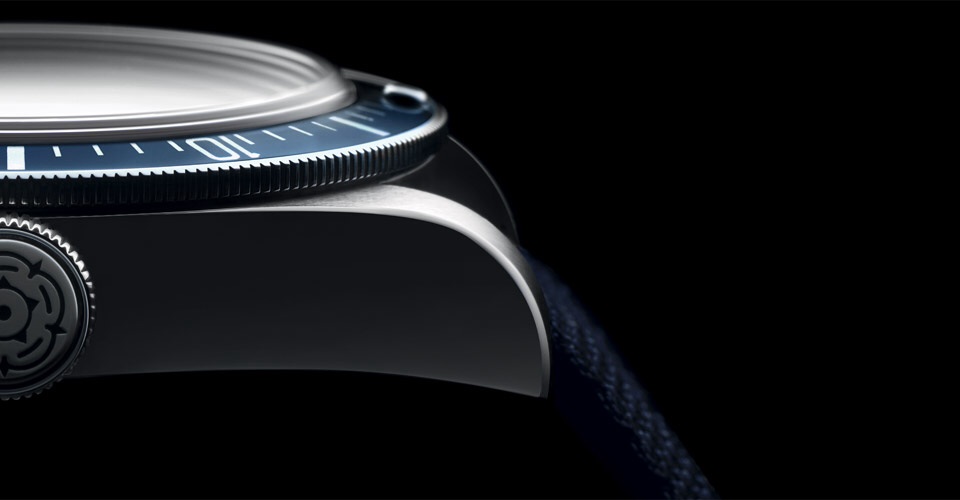 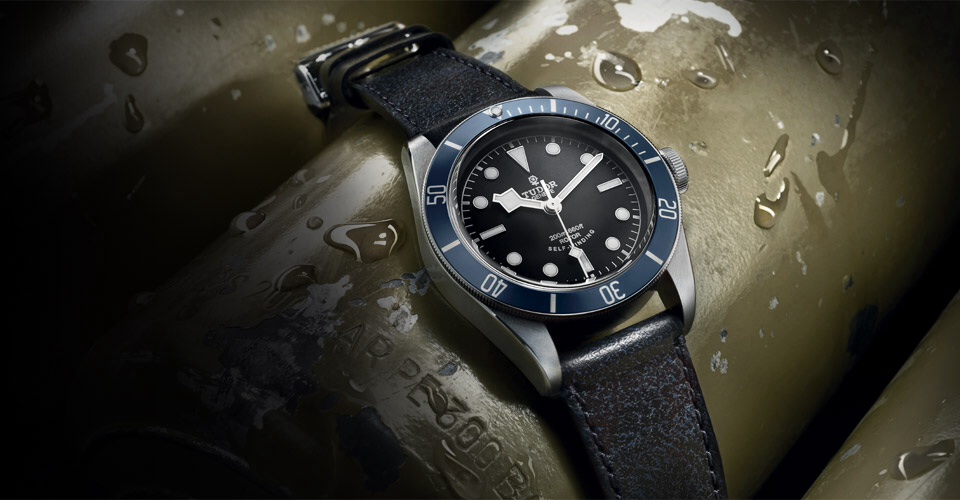