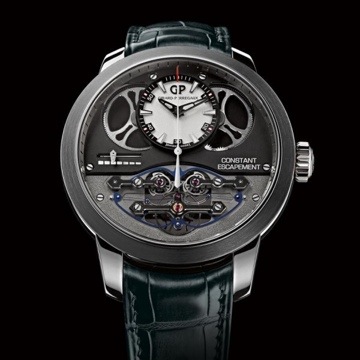 It was a highlight of Baselworld in 2013, and it is still very much a highlight in 2014. The Girard-Perregaux Constant Escapement L.M. is one of the very few significant new ideas in watchmaking in recent years, with not just a new movement, but a new escapement, the first after the pallet escapement invented by Thomas Mudge almost three hundred years ago. One that will form the basis of a complete collection. This year, the watch has been released in a pink gold version, in addition to the white gold case launched in 2013.

Constant-force escapements existed previously in watchmaking, designed to solve a problem that causes inaccuracy. In a classical timepiece, the regulator, consisting of the balance and its hairspring, vibrates back and forth, allowing a small amount of energy to be transferred to the gear train with every cycle, and itself absorbing a tiny kick of energy so that its oscillation continues. The problem is that as the mainspring winds down, the amount of energy transferred also decreases, and beyond a certain point, the regulator will no longer oscillate with the correct periodicity.

The new mechanism involved the work of a number of people, and its development took a long time. The project began in 1997 at Rolex, where it was called Project E.L.F., échappement (escapement), lame (blade), flambage (buckling), but it was abandoned principally because no alloy was capable of doing what the designers intended it to do. At a certain point, Nicolas Déhon, who was responsible for the original idea, moved to Girard-Perregaux, where the company’s owner Luigi Macaluso took the idea on board, presenting it in 2008. Macaluso sadly died in 2010, and in fact the L.M. in the watch’s name is a dedication to him. Déhon’s initial idea came from a train ticket. He was holding it between two fingers and snapping it back and forth, as one does. He realized that the process was a good way of accumulating, and suddenly releasing, a precisely-determined amount of energy: as you push the curved ticket, it buckles, storing energy, and at the point of instability, it snaps across and releases the energy. 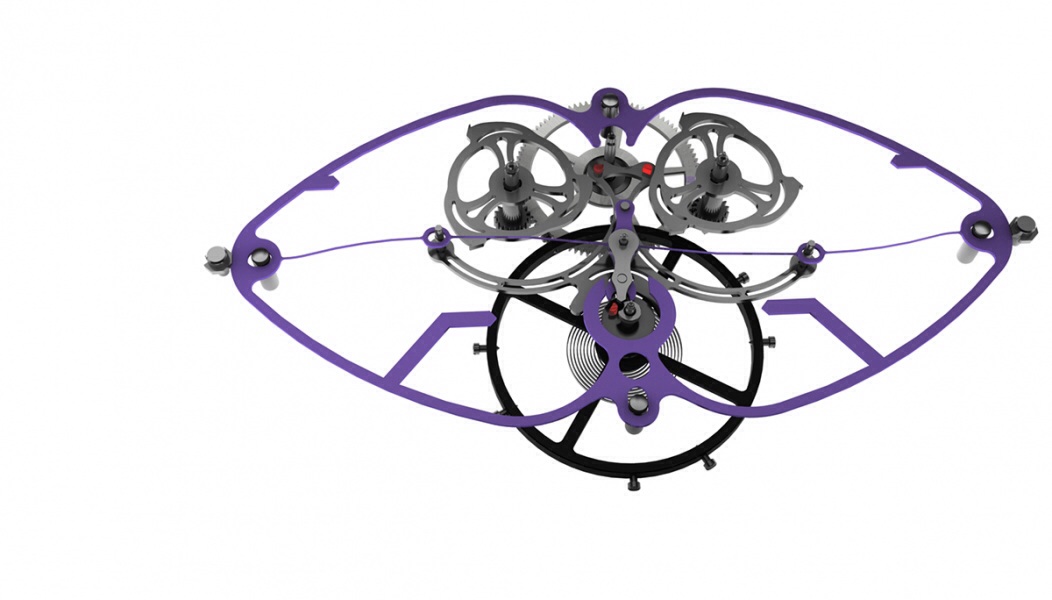 In this Constant Escapement movement, the train ticket takes the form of a blade of silicon, 14 microns thick, 6 times thinner than a human hair. It becomes an intermediate stage in the movement, between mainspring and regulaor, ensuring that whatever the energy supplied by the mainspring, the amount of energy supplied to the balance wheel every oscillation will be the same. When the flexing blade reaches its point of instability, only a tiny amount of energy is needed to trigger it to snap across, and this kick is provided by the balance wheel.

In the watch, the blade is like two train tickets joined together and buckling in opposite directions. This decision was made in order to balance the forces operating on the regulator. The blade is made in one piece with the frame holding it, using advanced techniques such as deep reactive ion etching (DRIE). Its length and characteristics determine a natural oscillation frequency, which was chosen to be 3 Hertz in the first model. The two wheels at the top of the violet-blue frame are the escapement wheels, very different to those found in a classical lever escapement. Their three teeth are a direct result of the chosen frequency of 3 Hertz.

The two large wheels on either side of the dial are part of the barrels. The two barrels are connected in series, and each has two superposed springs. This provides 6 days power reserve, which is displayed on the linear indicator at mid-left. The barrel assembly itself is patent pending, and a fact that really amazes me is that the total length of spring is three metres! Two other patents have been filed for the watch: one is the original patent for the flexing blade, originally filed by Rolex. It was when they chose not to renew it, in 2008, that Girard-Perregaux were able to file it themselves.

The watch itself is designed to highlight the new escapement, displayed against a backdrop of the black PVD-coated brass of the movement structure, within a generously-sized case, 48 mm in diameter and 14.6 mm thick. The horizontal bridges form a visual reference to the brand’s famous three-bridge watches. The sapphire caseback reveals more of the movement: it is a manually-wound watch and so there is no oscillating weight to hide the juicy details. 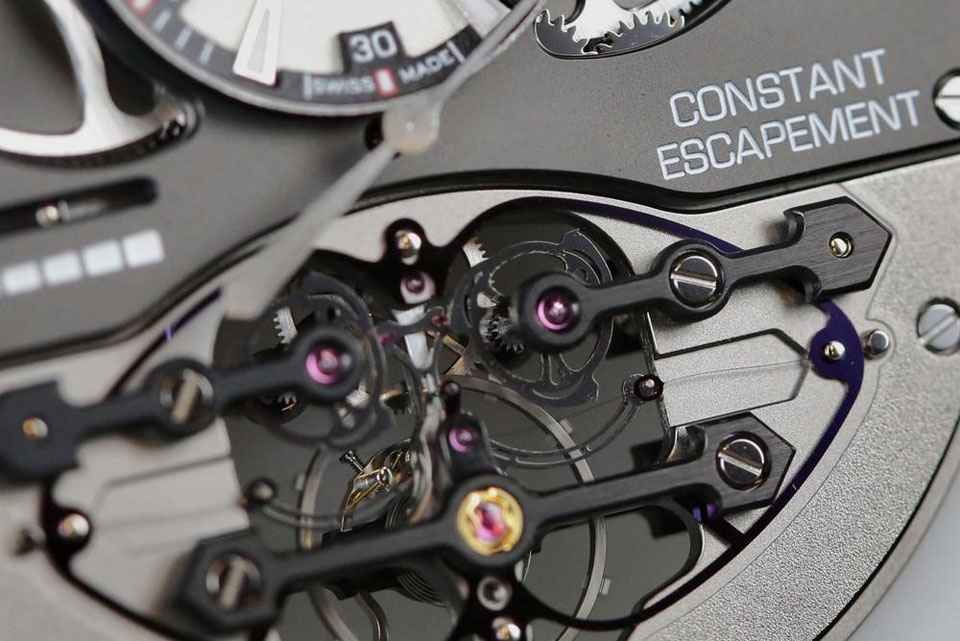 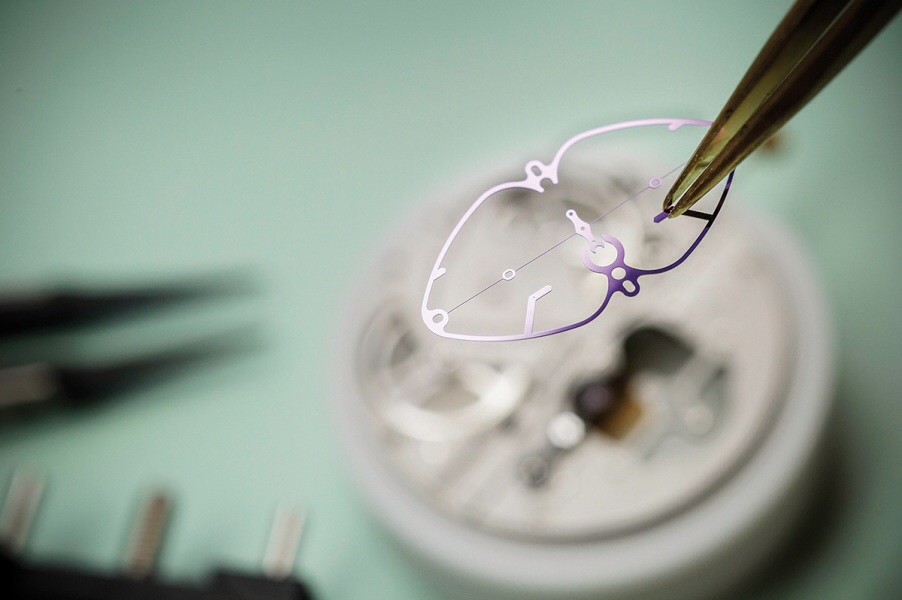 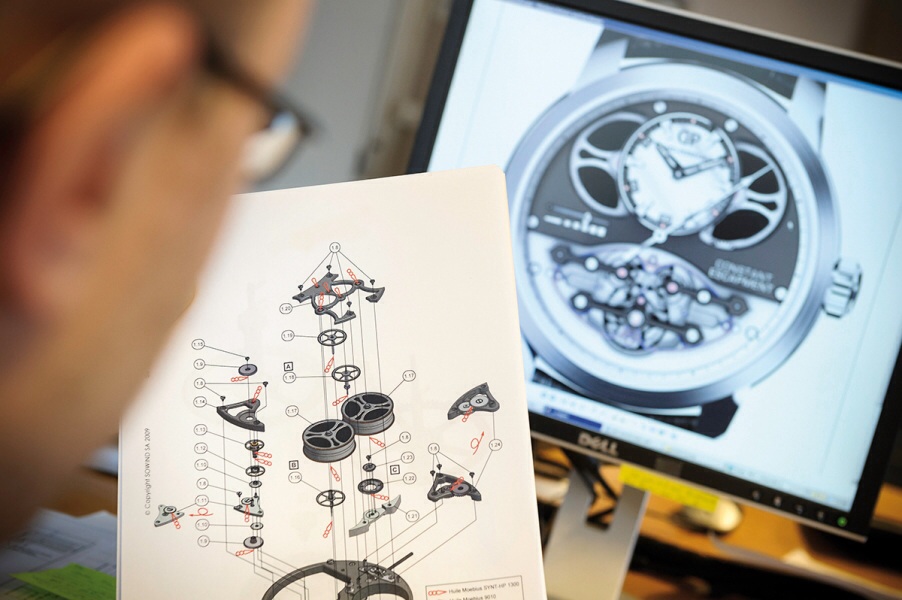 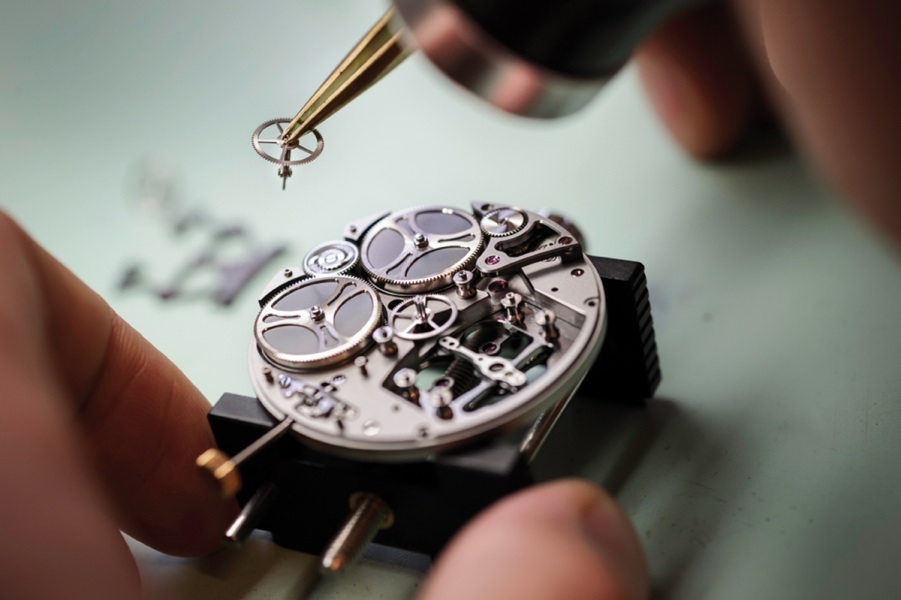 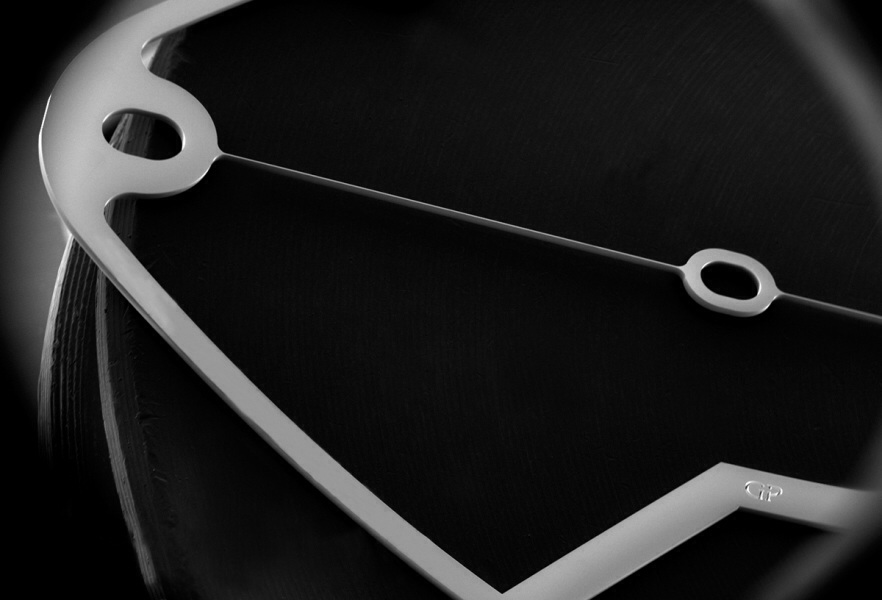 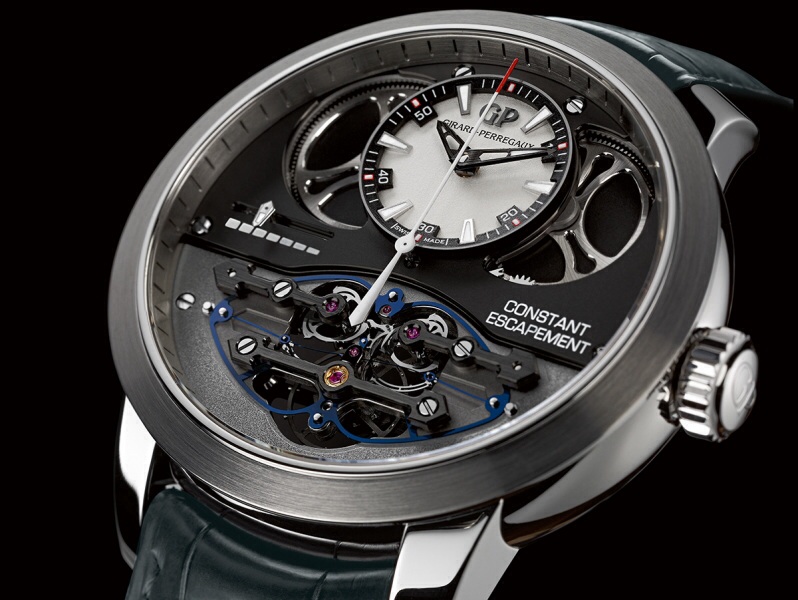 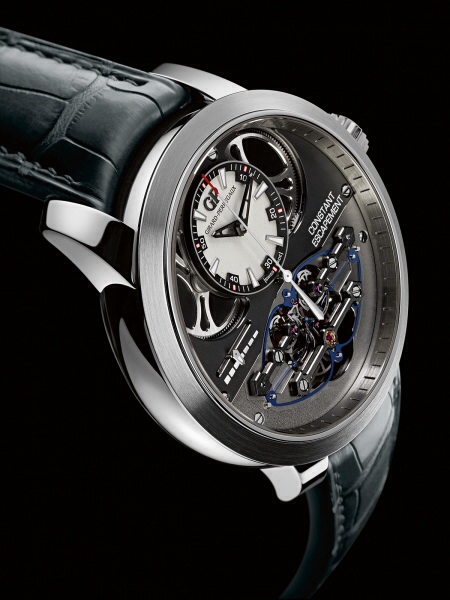 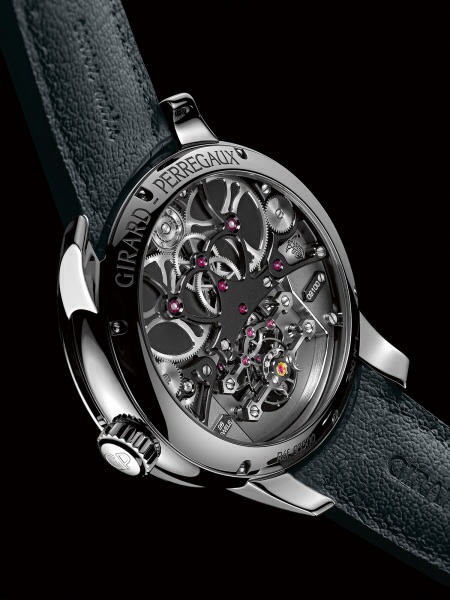