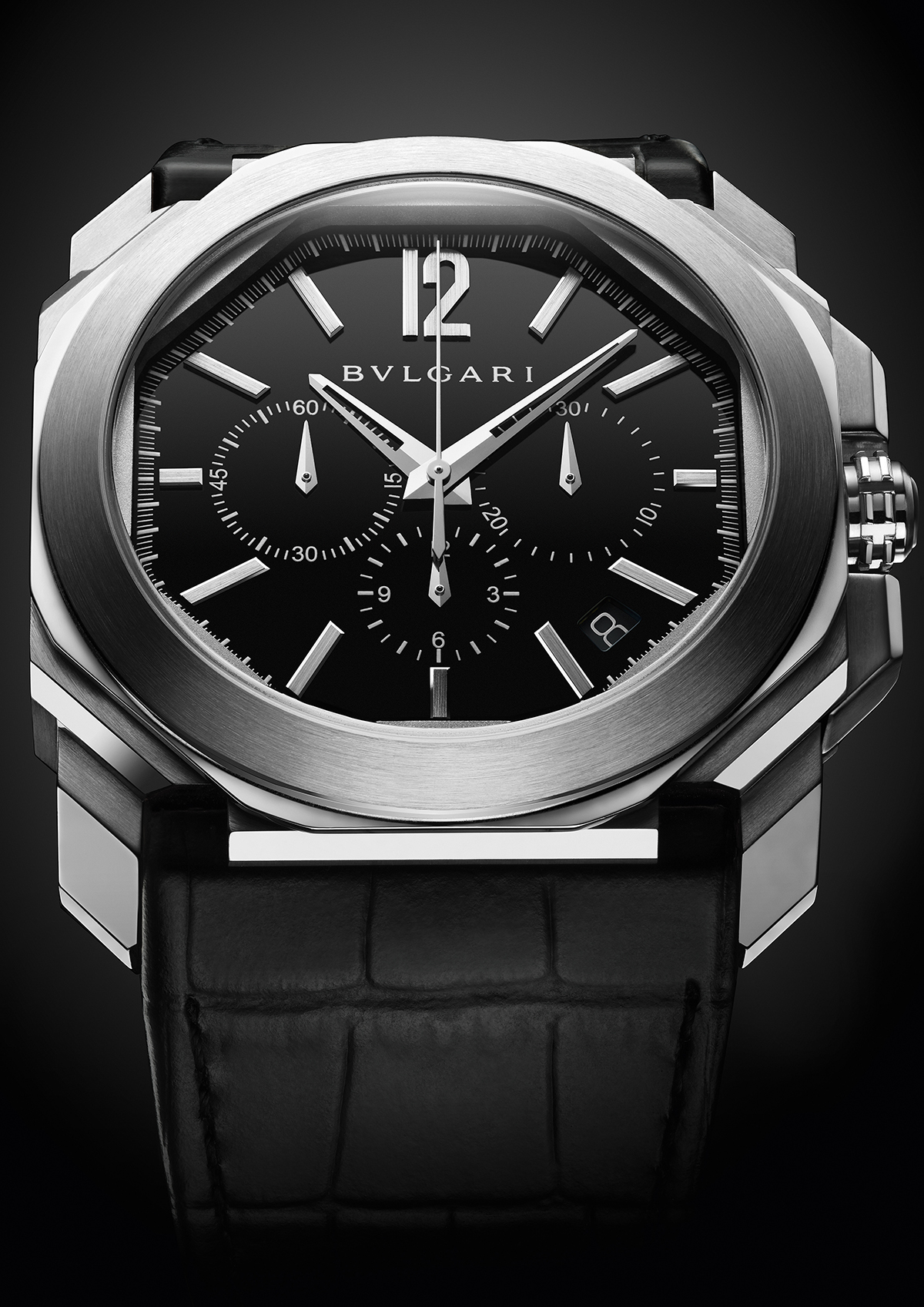 One of the favourite types of mechanical watch is the chronograph, the complication that enables it to be used as a stopwatch as well as for telling the time. It’s probably the most practical complication of all (after the calendar complications), and not just for racing: it can be used for a variety of everyday tasks.

The basic operation of a chronograph is relatively simple. The word chronograph actually means literally ‘time writer,’ which dates back to the invention of the first chronograph by Nicolas Mathieu Rieussec, in about 1821. Horse-racing was all the rage in Paris at that time, and Nicolas’ brother Nicolas Joseph had a stud farm. There was a need for an instrument that could measure the exact time that a horse took to cover the course, along with that of all the successive horses. His invention was based on a rotating disc carrying a piece of paper, making one revolution every minute. The user pressed a button at the start of the race, and again when the winning horse crossed the finishing line, and for every other horse after it. On every push of the button, a pen descended and left a drop of ink on the paper disc. The name “chronograph” was apparently given to the apparatus by the French Academy of Sciences that was assigned the task of examining it. The commission included Abraham-Louis Breguet. Rieussec’s invention is celebrated by Montblanc’s series of chronographs, Hommage à Rieussec, in which the discs with time markings rotate, and the hands stay fixed. 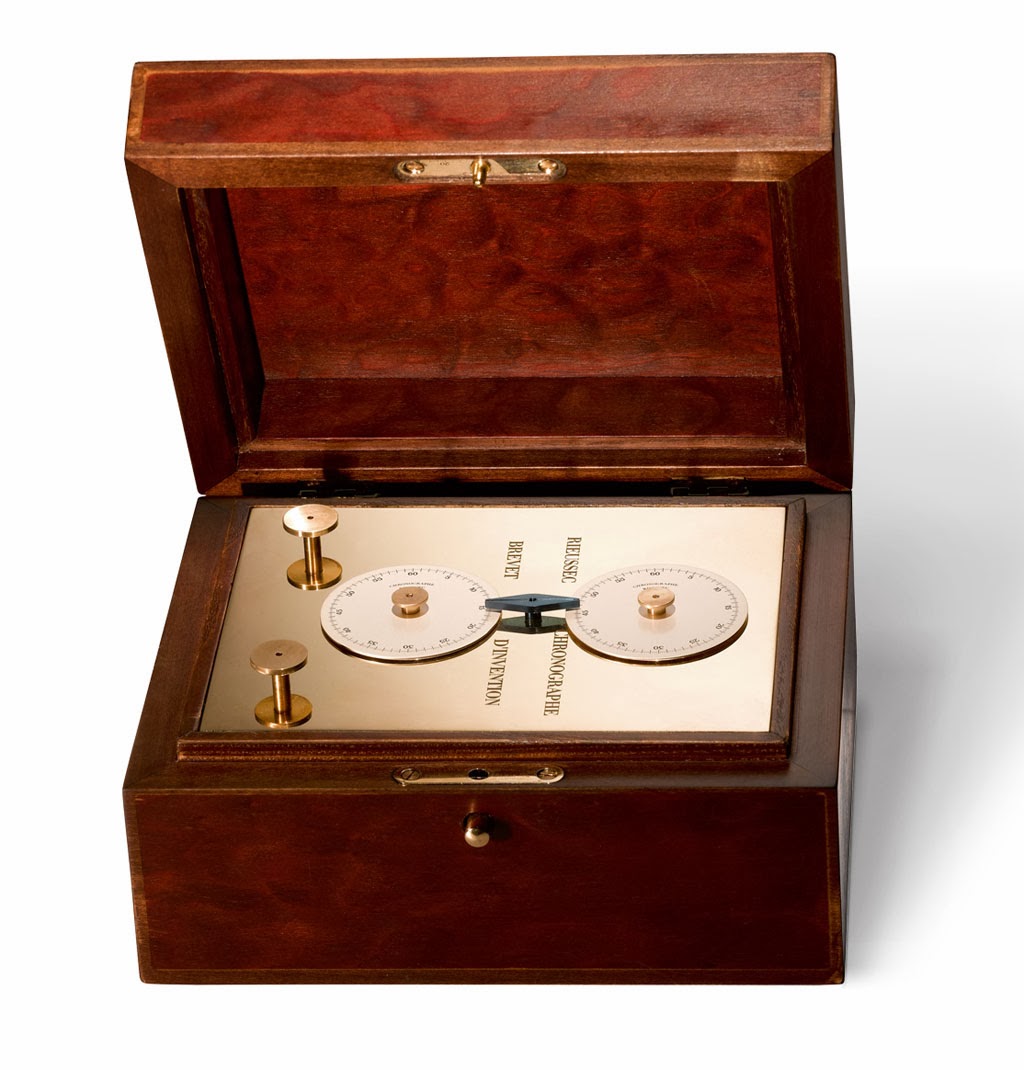 The chronograph invented by Nicolas Rieussec 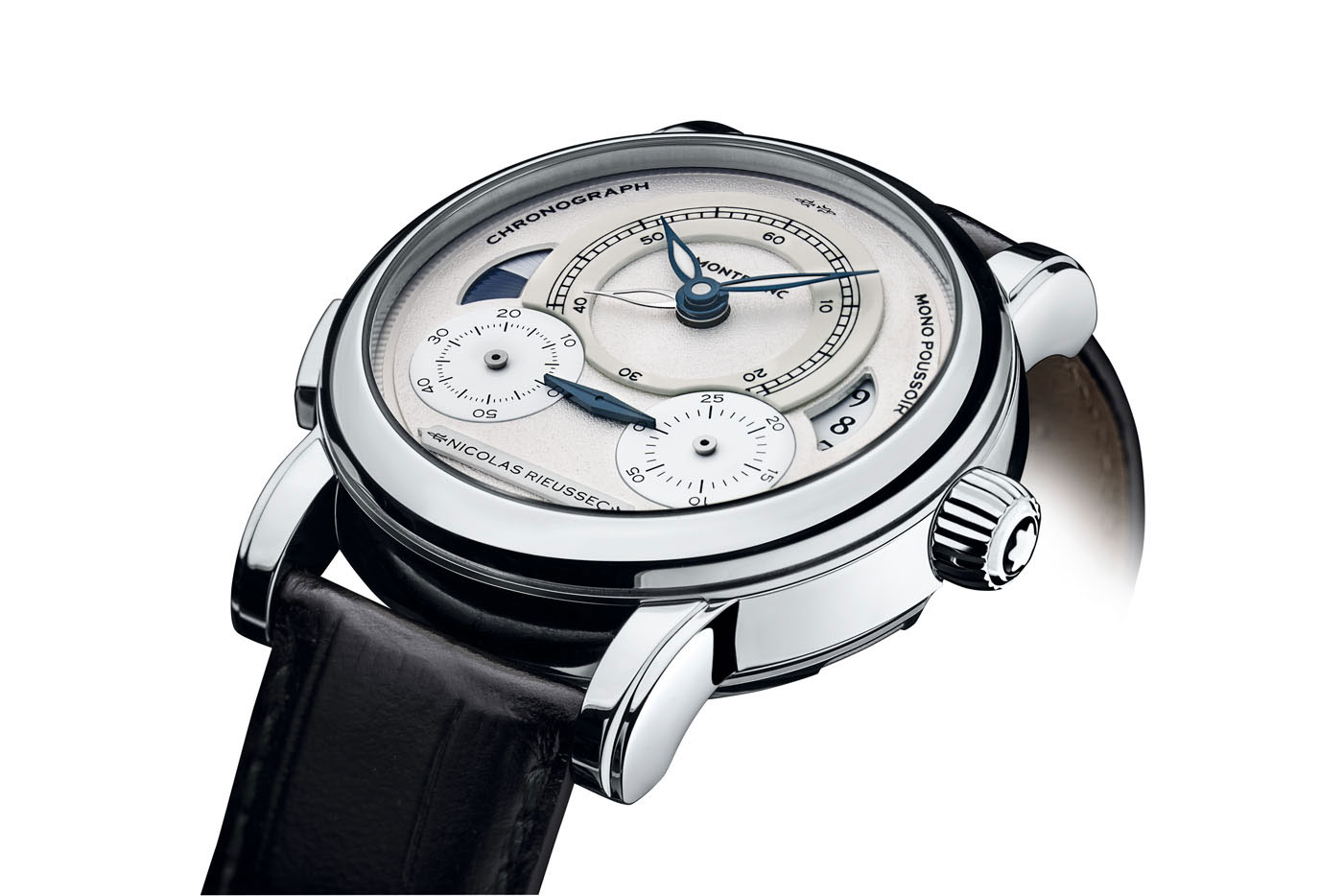 In most modern chronographs, the amount of time that elapses from a certain moment is shown on a series of subdials. The chronograph is started with a push button, and then stopped by another push on the button to show the time that has elapsed. At this point, the chronograph can be restarted to continue timing, or reset to start all over again.

The classic chronograph design has three subdials, though seconds are usually recorded on a central sweep hand, in which case the subdial at 9 o’clock shows continuous seconds. The other two subdials show minutes and hours, though some watches can even keep track of days or weeks.

Of course, there are many variations on the chronograph theme. Sometimes, both hours and minutes are shown on a small dial with two hands, like a normal clock dial, and in this case, the watch can also be used to indicate a second time zone. A regatta chronograph’s principal fuction is to provide a countdown from 15 or 10 minutes before the starting time. A rattrapante chronograph has a split seconds hand, so that when an intermediate time is taken by pressing a pusher, one of the hands stops to show the time elapsed up until that point, while the other continues. Another press of the pusher and the hand that had stopped catches up with the other hand. With a flyback chronograph, while it is running, it can be reset to zero at any time with one press of a pusher, without stopping the chronograph: after flicking back to zero, it continues to record another period of time.

Normally, a chronograph has two pushers, one used to start and stop the chronograph, and one to reset it. Monopusher chronographs have just one, which performs start, stop and reset in sequence.

One of the first problems to emerge in the design of chronographs was linked to the order in which the pushbuttons are pressed. If the user pressed start, stop and reset, in that order, everything was fine, but if he inadvertently pressed reset while the cronograph was running, the mechanism would jam. This led to the invention of the column wheel system, based on a gear with triangular teeth, so that pushing the first button turned the column so that the stop function could be activated, but not the reset button. Today, column-wheel chronographs are typically high-end watches, because of their complex design.

Simpler solutions to the problem have been designed, and they are often used in less expensive watches. They are generally based on a series of levers that interact with a cam, such as in the so-called cam and lever (coulisse) system and the shuttle cam (navette) system. An example of the cam and lever system is the Valjoux 7750; navette systems include the Lemania calibres.

Both these systems are subject to inaccuracy, because of the fact that stationary gears have to engage with turning gears, as in the crash gearboxes of early cars and lorries. A more advanced solution is the vertical clutch system, in which the chronograph gear train is meshed all the time, except for the fact that a clutch engages or disengages the mechanism. It is conceptually similar to a car clutch, but its complication makes it a feature of high-end watches.

The chronograph principle is applied to a range of functions. A foudrayante chronograph has a rapidly-spinning hand that makes a revolution every second, so that fractions of a second can be timed. Many chronographs have a tachymetre scale, usually on the chapter ring of the dial. It is used to display your speed, as long as you have a measured mile or kilometre available. You start the chronograph at the start of the mile and stop it at the end, and the second hand will point to a number on the tachymetre scale indicating the speed in miles (or kilometres) per hour. The telemetre is a function that can still be found in a Longines watch: you can use it to show the distance between yourself and a source of sound, such as a lightning strike. You start the chronograph when you see the lightning and stop it when you hear the thunder. The scale indicates the distance you are from the lightning stroke. Men with a military background (such as Walter von Känel, president of Longines) like it because you can use it to measure the distance from a gun. A pulsograph is useful for doctors when taking a patient’s pulse: you start the chronograph, count 15 pulsations, and stop it, and the scale will display the pulse in beats per minute. 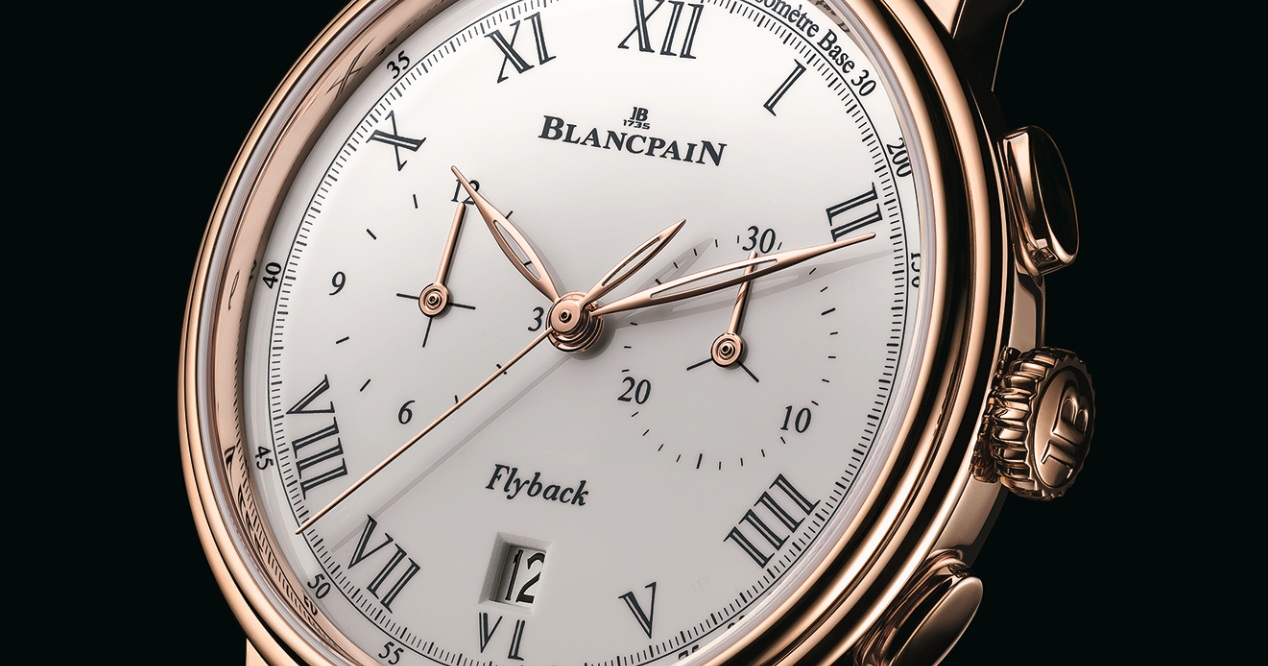 The Chronographe Pulsomètre by Blancpain

In today’s world, a mechanical watch is a romantic piece of technology. It’s absolutely superfluous, considering all the high-tech methods of measuring time. But having a chronograph ready on your wrist means that you can use it for all sorts of practical things, such as cooking pasta or boiled eggs. Occasionally it saves lives: the astronauts aboard the crippled spacecraft Apollo 13 used an Omega Speedmaster to time a 14-second engine burn – all electrical systems were down – to get them back on the right trajectory for safe re-entry into the earth’s atmosphere. This is now celebrated by the Omega Speedmaster Anniversary Edition.