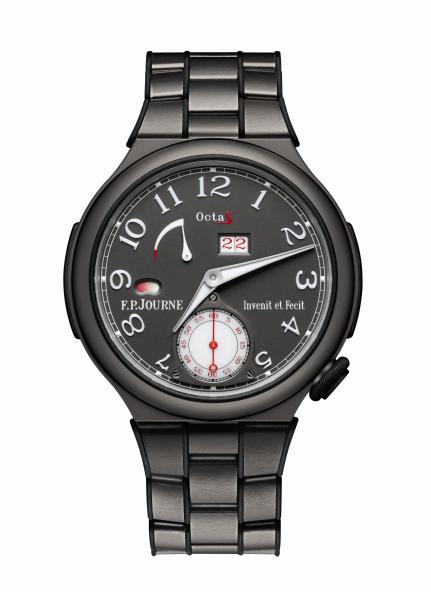 F.P. Journe is a company that doesn’t make many watches. Somewhere between 800 and 900 a year. So approximately a thousand times less than Rolex. But they all have a distinctive appearance, often inspired by 18th-century watchmaking thought. François-Paul signs all his pieces with the Latin motto “Invenit et Fecit” reflecting that golden age in which individual watchmakers blazed their own trail of invention and construction. He developed a detailed knowledge of classical watchmaking by working in his uncle Michel Journe’s antique watch restoration workshop in Paris for seven years, before setting up his own workshop in the French capital. In 1989 he moved to Geneva and developed his manufacture. The Octa calibre, his first automatic calibre, was launched in 2001, and its principal characteristic was a power reserve of 120 hours (5 days), and the flexibility to be used in many different watch designs.

The Octa Sport was first presented in January 2012 at the F.P. Journe Manufacture. This year, a version with a case in grade 5 titanium has been introduced, with an aim to achieving a lightweight timepiece. Movement and dial are made of aluminium alloy, and the complete watch weights from 60 to 70 grams. The sports character is underlined by rubber inserts on the side of the case and between the links of the bracelet. The crown wheel is unusually positioned at 4.3’0, principally for design reasons, but also to give it more protection..

The dial has an instant jump date window at 1 o’clock, power reserve (120 hours) at 10.30, day/night indicator at 9 o’clock, and small seconds at 6 o’clock, on a subdial with a frame attached to the dial with three screws, adding extra depth. The hour and minute hands have SuperLuminova paint for visibility in the dark. The titanium case is 42 mm in diameter and 11 mm thick; two straps are available, titanium with rubber inserts, and in rubber. The titanium bracelet is my preferred choice: it is the same material as the case, and it looks amazing with the black rubber inserts. The rubber strap will be preferred by people who don’t like a watch moving around on the wrist very much. 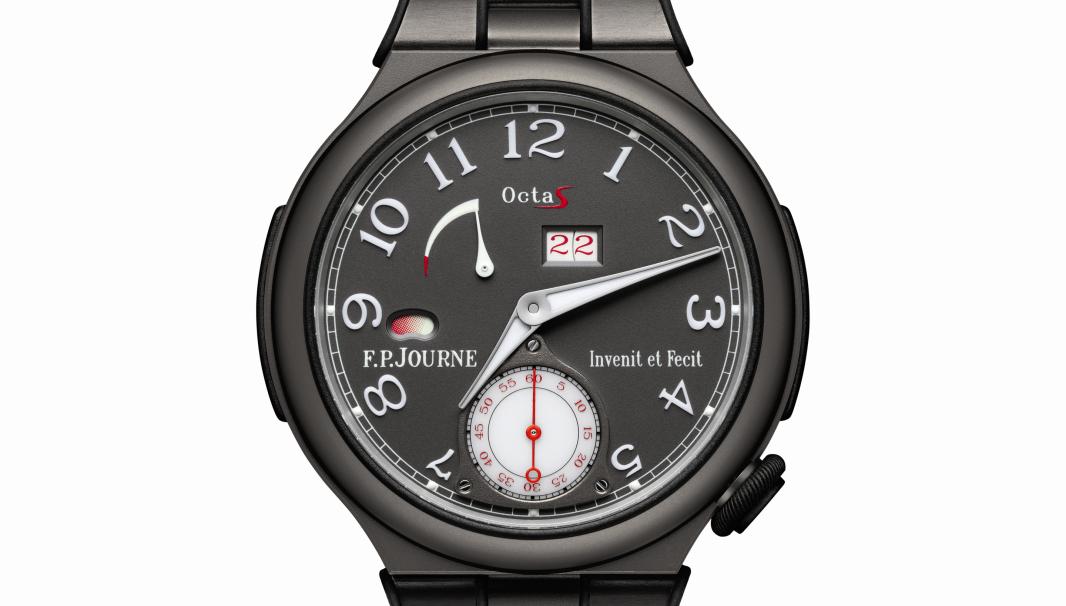 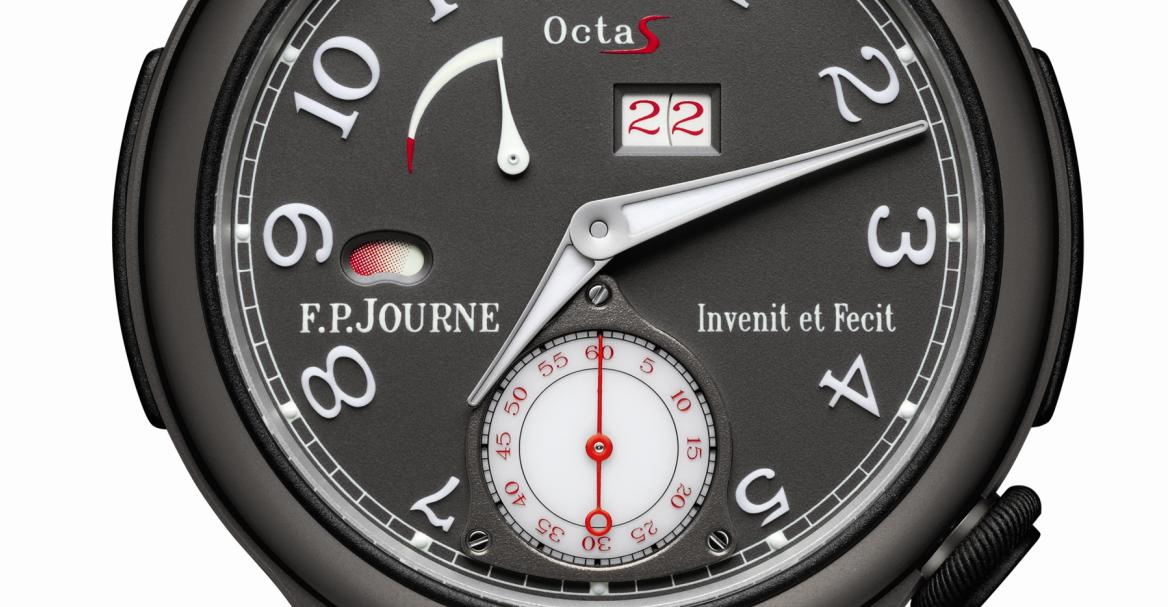 The caseback of the Octa Sport 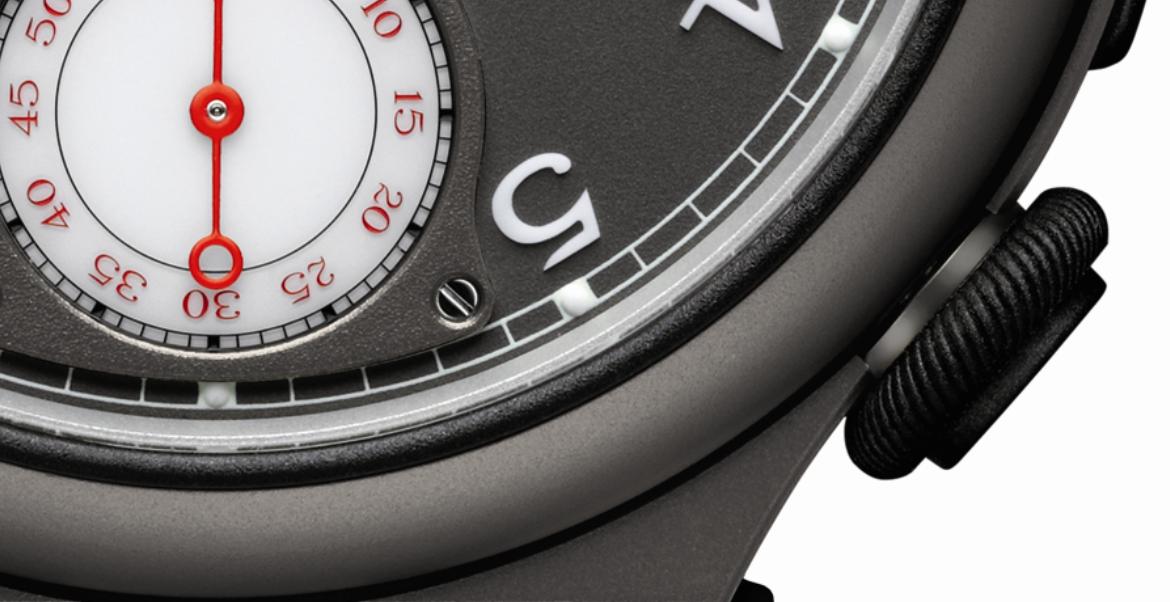 F.P. Journe, Octa Sport in titanium, detail of the crown 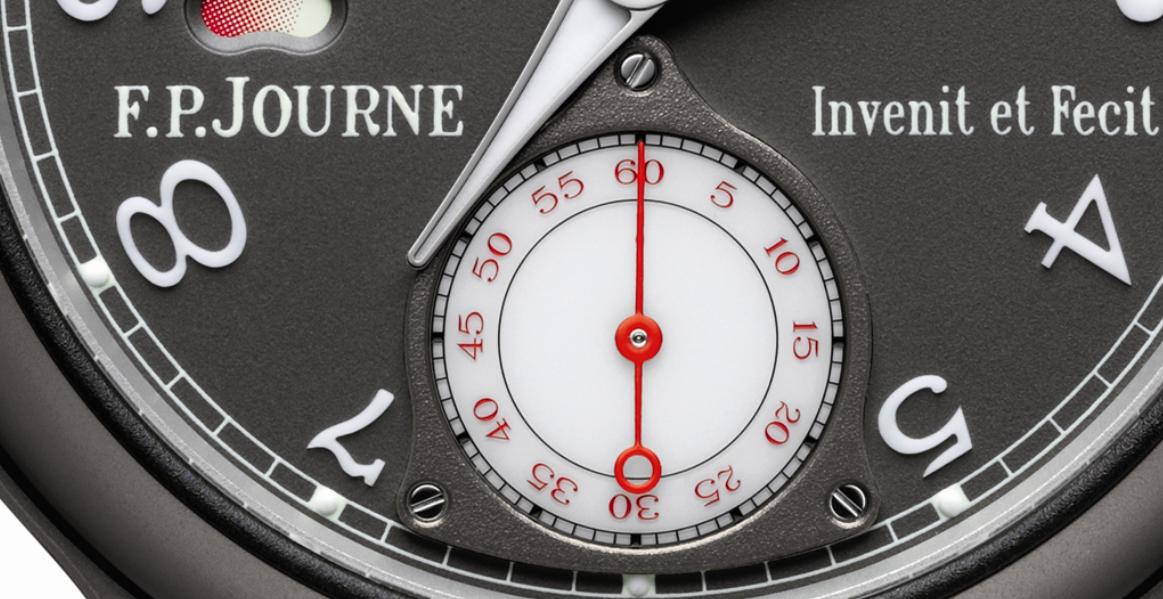 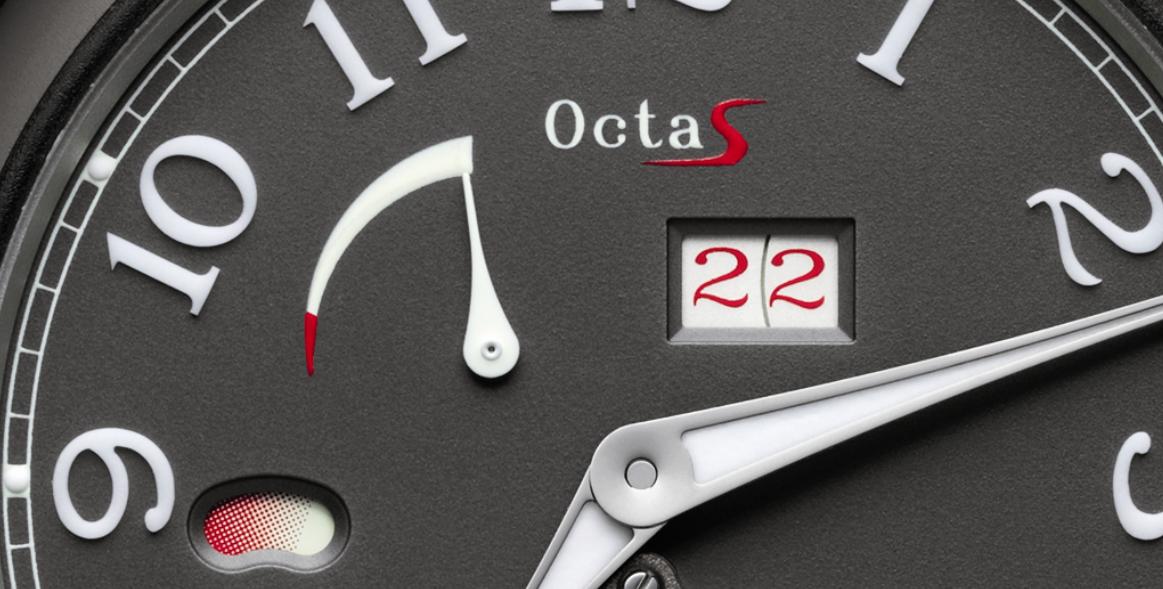