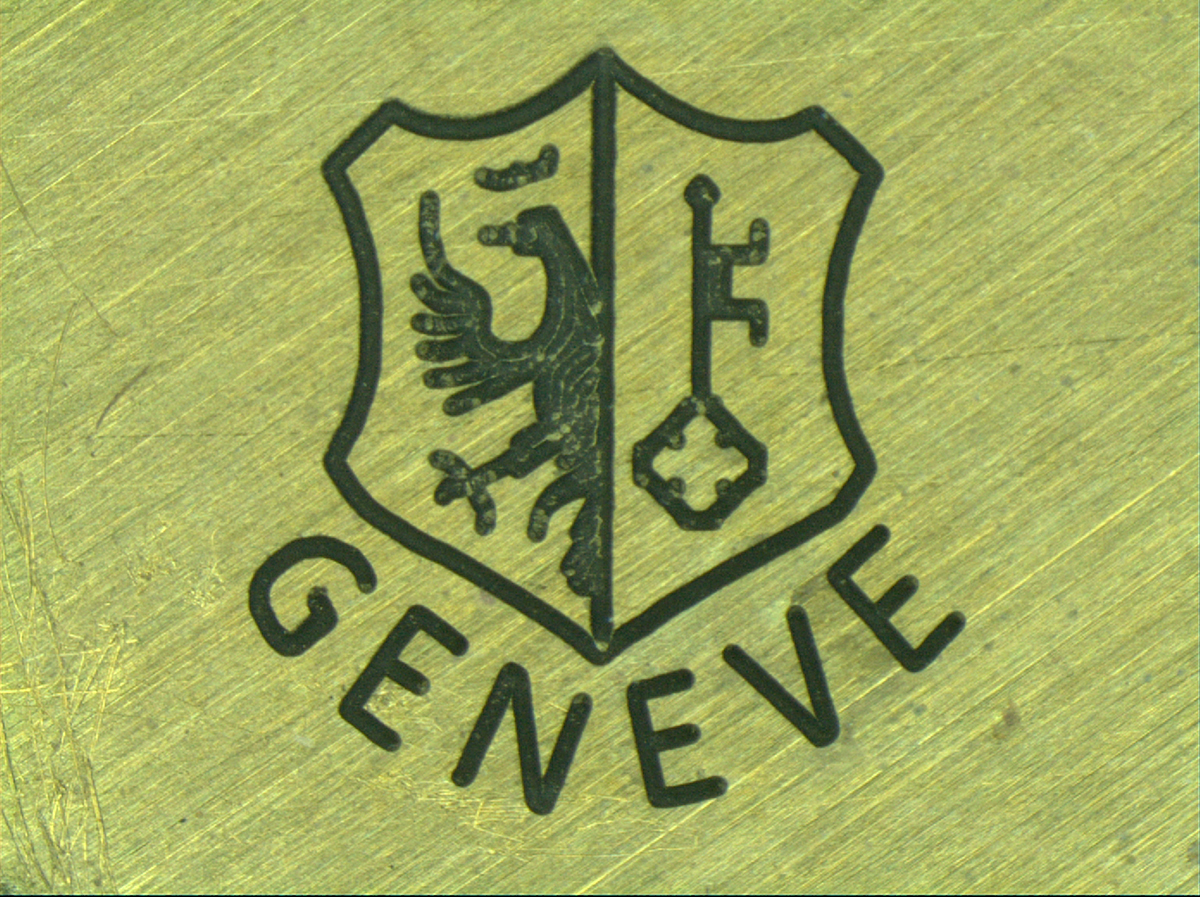 Poinçon de Genève, the Geneva Seal, is a quality mark introduced in 1886 to certify the quality of watches and that they were entirely made in the city or Canton of Geneva. It was created because at that time, in the late 19th century, a few Geneva retailers were “importing” watches from Vaud or Neuchâtel and simply adding their own name to the dial. While previously the emblem was simply punched into the metal of components, today a new nanotechnology has been introduced, altering the surface of the metal at a microscopic level so that even very small parts can be marked. There is no direct contact between the metal and the dvice, and so very thin, delicate parts can be marked. The mark is clear and deep enough to pemit normal metal finishing without blurring the mark.

The requirements for obtaining the Geneva Seal have remained unchanged. Apart from the fundamental geographical requirement, the mechanical watch is checked to ensure that the timepiece is built in accordance with best practices. Movements marked with the Geneval Seal must be numbered. The Seal is applied to the mainplate and one of the bridges, or exceptionally to the finished movement. 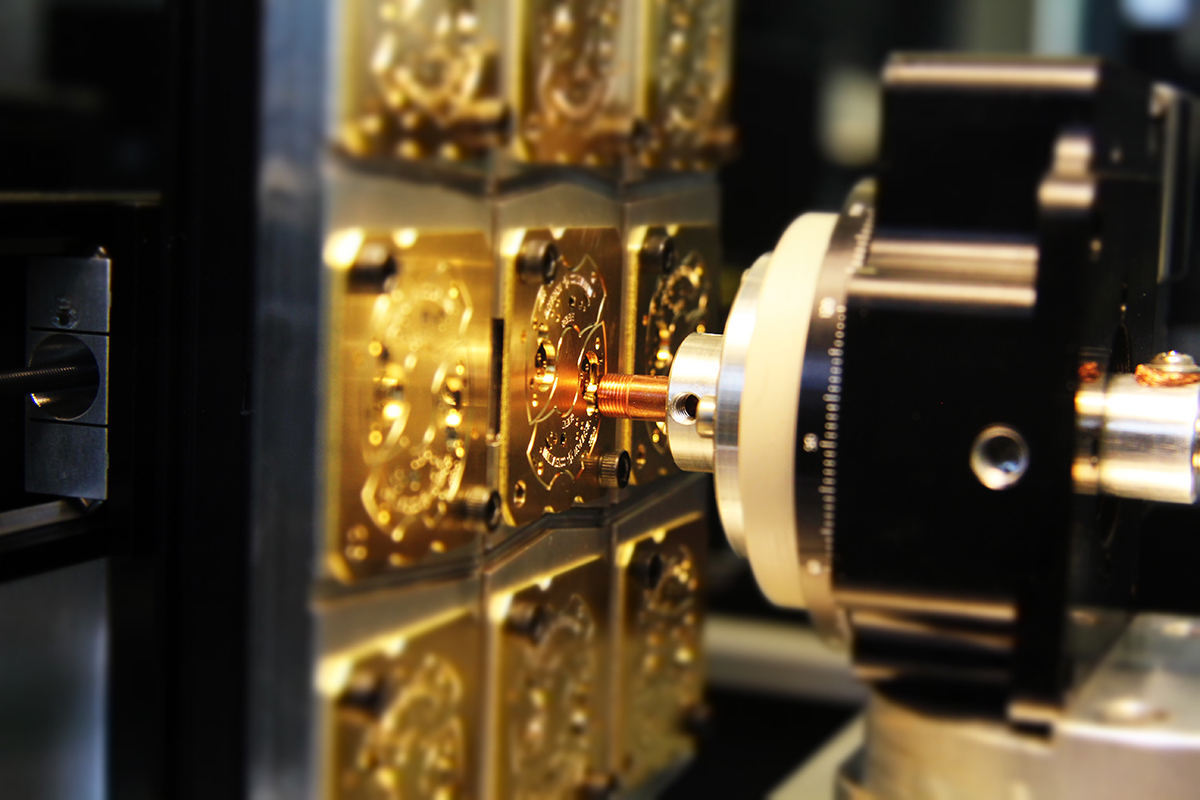 The Geneva Seal is voluntary: brands that utilize it include Cartier, Chopard, Roger Dubuis, and Vacheron & Constantin. The brands that don’t use it include, most notably, Patek Philippe who have two workshops in Vaud and Neuchâtel. They in fact introduced their own quality mark, the Patek Philippe seal. Others that are based in Geneva and don’t use the Geneva Seal include Piaget, Harry Winston, de Grisogono and F.P. Journe.

There are twelve technical requirements to which a watch submitted for Geneva Seal certification has to comply. In summary:
1. good workmanship of all components; steel parts must have polished angles, and smoothed visible surfaces; screw heads must be polished, with slots and rims chamfered.
2. the movement must have ruby jewels for the wheel train and escape wheel; jewels must be olive-drilled with polished sinks on the bridge side.
3. the regulator hairspring should be pinned in a groove plate with a stud having a rounded collar and cap.
4. split or fitted indexes should have a holding system, except in extra-thin calibres in which the holding system is not required
5. regulating systems with balance with radius of variable gyration are allowed.
6. wheels of the going train must be chamfered above and below and have a polished sink.
7. pivot shanks and the faces of the pinion leaves must be polished.
8. the escape wheel has to be light, no thicker than 0.16 mm in large calibres and 0.13 mm in calibres under 18 mm.
9. the angle traversed by the pallet lever is to be limited by fixed banking walls.
10. shock-protected movements are accepted.
11. the ratchet and crown wheels of the winding mechanism must be finished in a prescribed manner.
12. wire springs are not permitted. 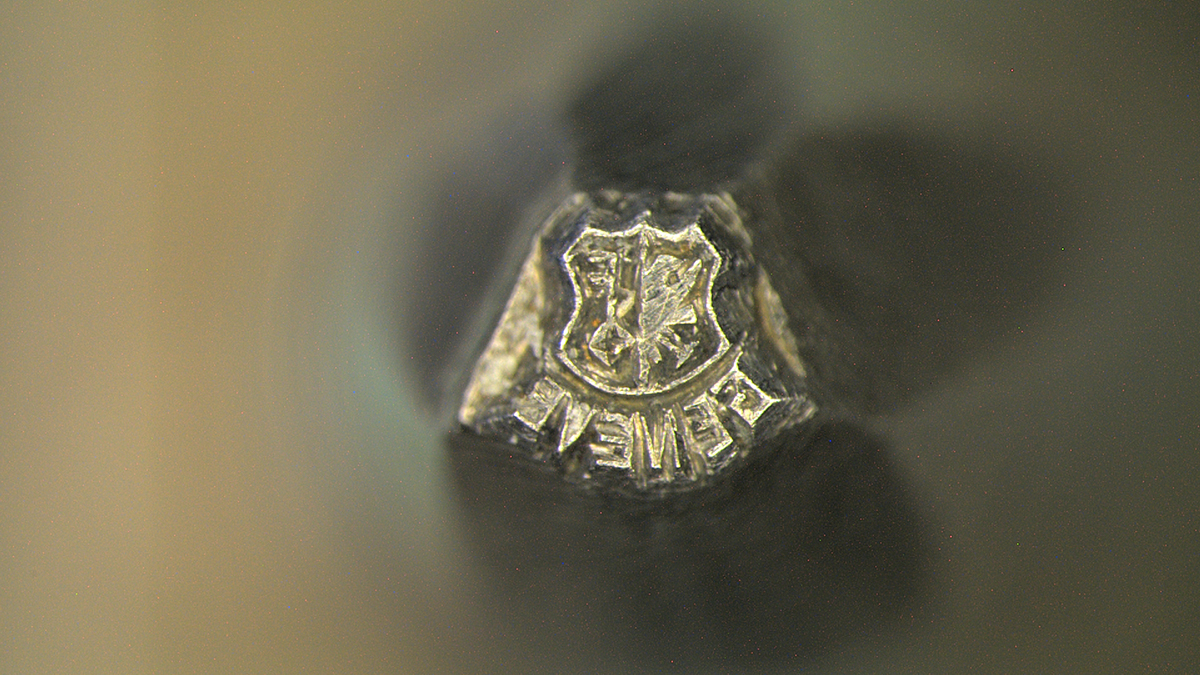 Poinçon de Genève, example of the punch used to apply the seal in the old system 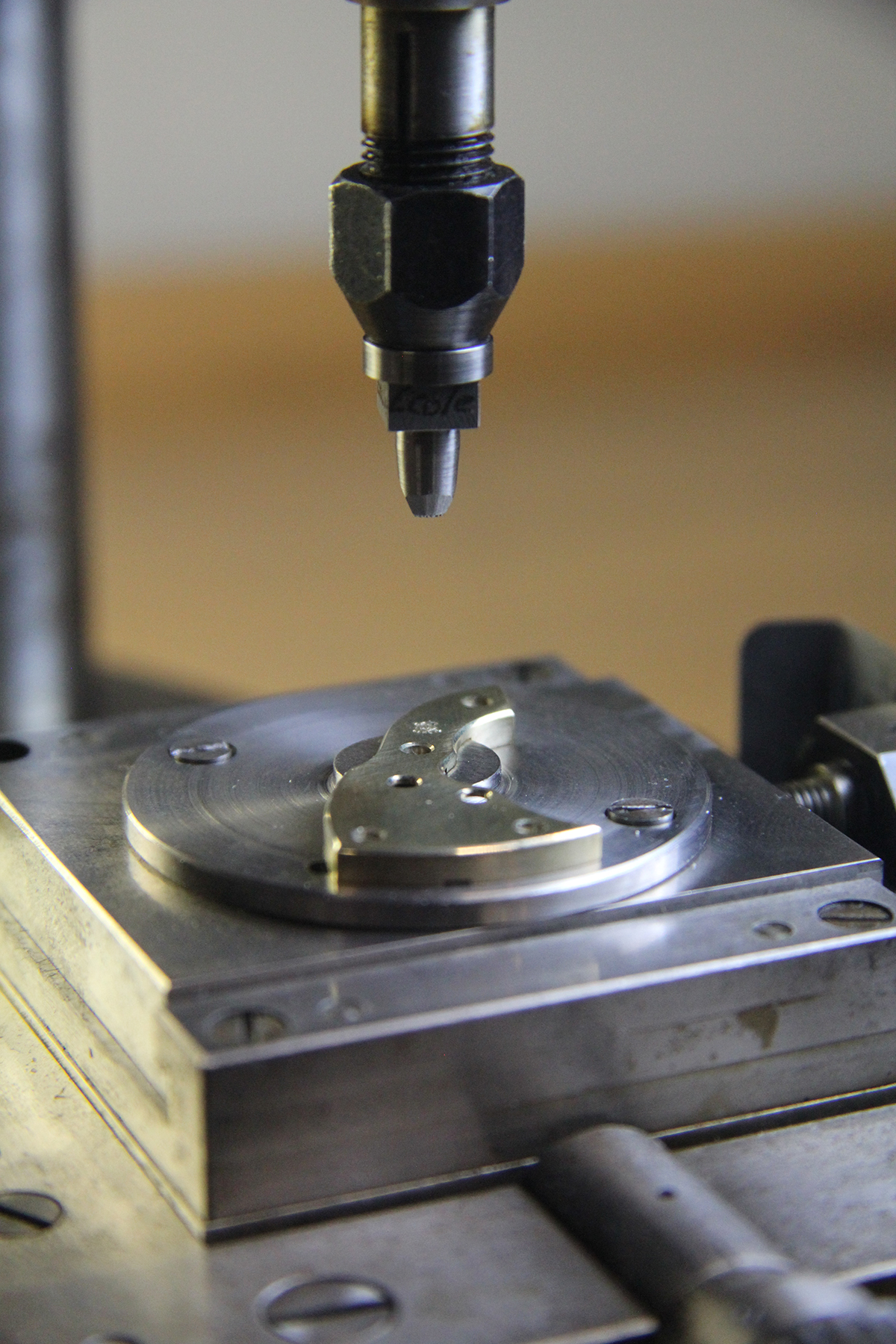