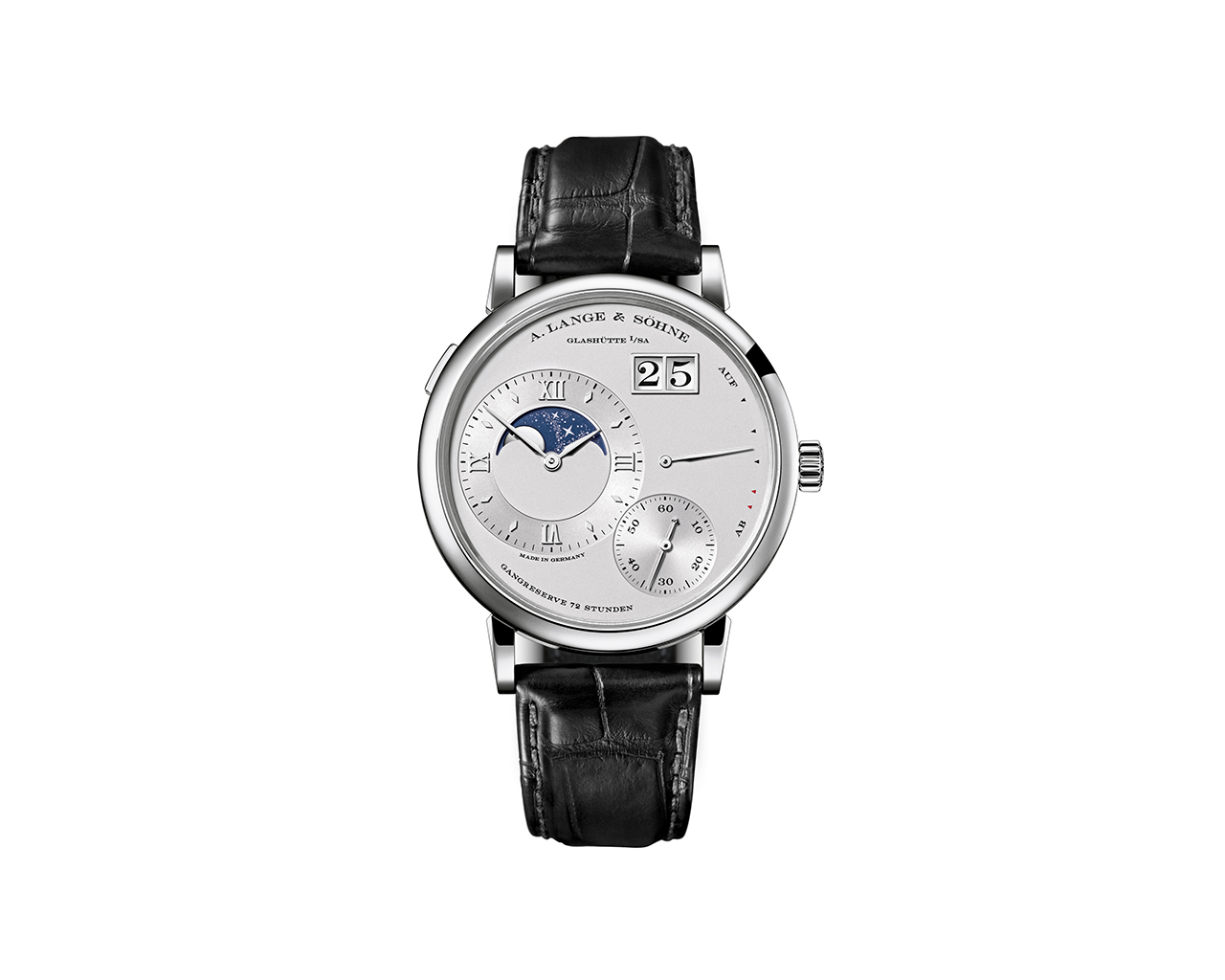 August the Strong, Elector of Saxony, founded Europe’s first collection of scientific instruments, the “art chamber” in Dresden, in 1728, and it is now the Mathematisch-Physikalischer Salon in the Zwinger building, Dresden. For many years, it was a research institution, and the local time for Dresden was set there, making it “the Greenwich of Saxony.” Today the Salon has a collection of about 3,000 clocks and other mechanical instruments, such as celestial globes, calculating machines and astronomical clocks. Part of the Staatliche Kinstsammlungen Dresden, the Mathematisch-Physikalischer Salon is open 10 a.m.-6 p.m. Tuesday-Sunday, closed on Mondays.

So it is no surprise that A. Lange & Söhne, whose manufacture is in Glashütte, not far from Dresden, have the same sort of scientific approach to their watches. The Grand Lange 1 Moon Phase, part of the collection presented in 2014, is designed to remain accurate for 122.6 years, and the lunar disc has a fine finish created by a patented coating process. The disc is in solid gold, with brilliant blue coating, and over 300 stars are laser-cut.

Simpler moon phase watches approximate the synodic month – the time from new moon to new moon – at 29.5 days, using a wheel with 58 teeth. The Grand Lange 1 Moon Phase on the other hand has a seven-gear transmission that gets much closer to the actual synodic month length of 29 days, 12 hours, 44 minutes and 3 seconds. And if the watch stops, the moon phase display can be adjusted by using a recessed pusher in the case side between 7 and 8 o’clock.

The dial has the characteristic A. Lange & Söhne asymmetry, with the three elements, time display, large date, and moon phase, distributed over the dial. The 72-hour power reserve is shown at 3 o’clock. The watch is 41 millimetres in diameter, and 9.5 mm thick, which makes it relatively slim for a watch of this type. This is achieved by the slim L095.3 movement, with a single barrel. It is made in three versions, in pink and yellow gold (€38,900) and in platinum (€50,900). 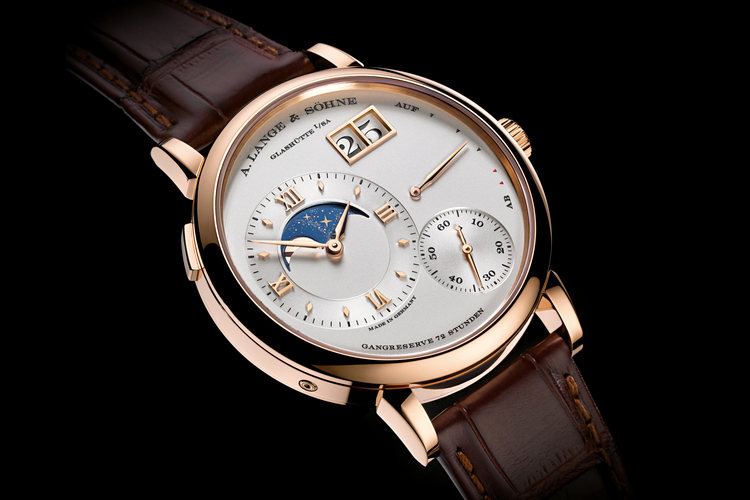 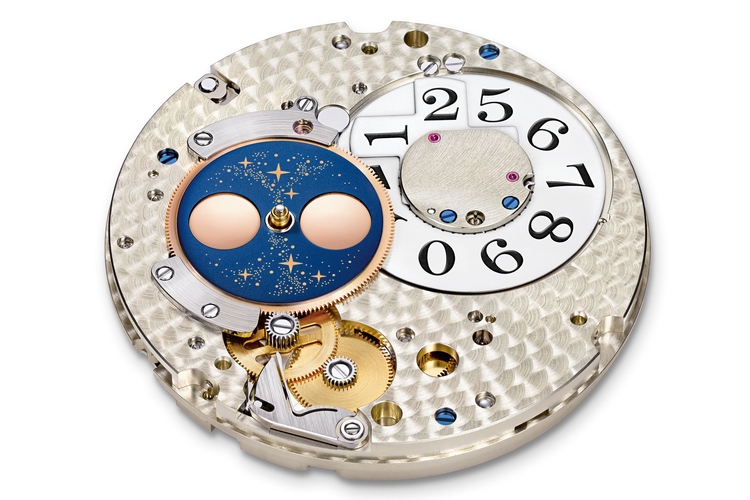 Movement dial side, showing the date mechanism and the moon phase disc 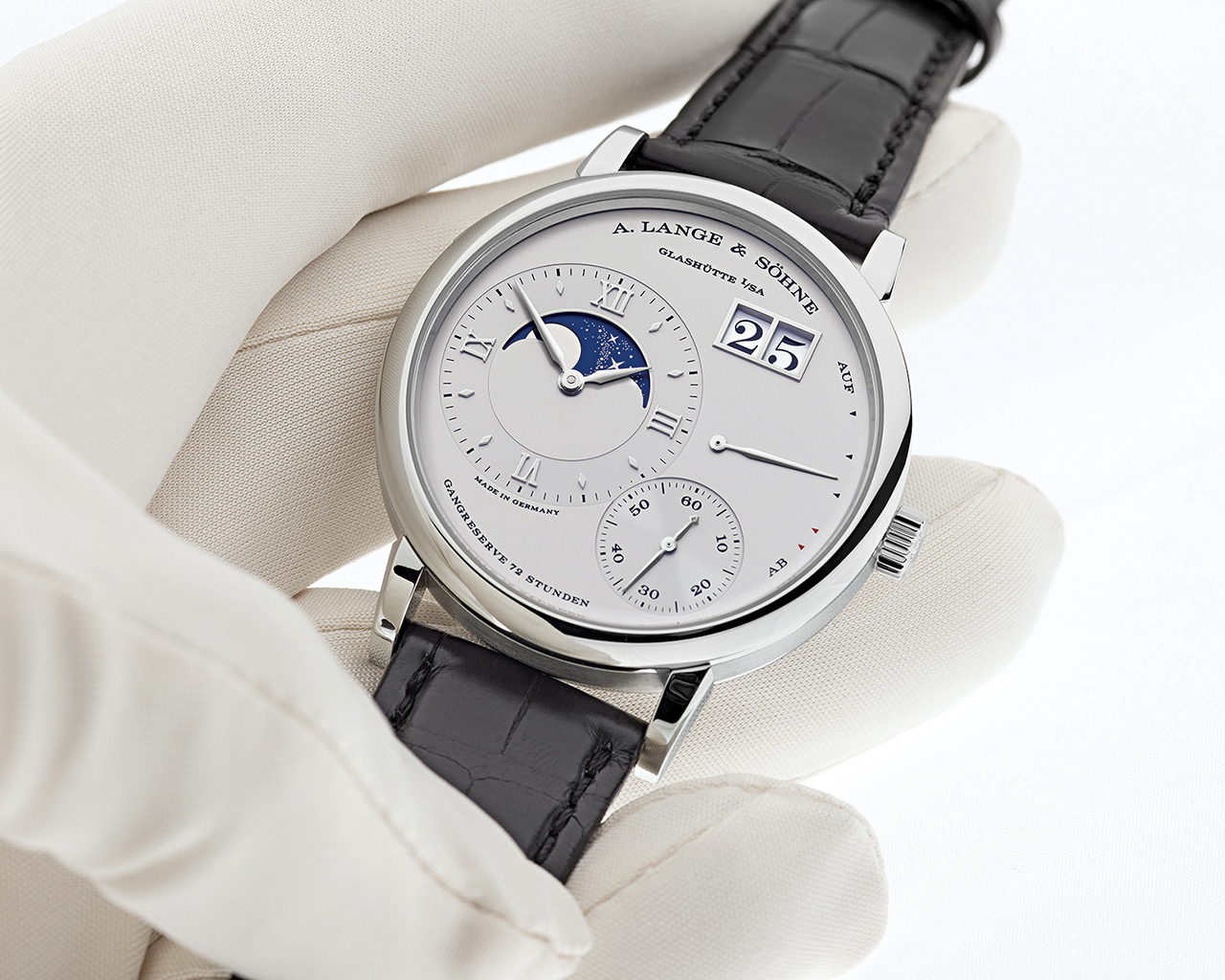 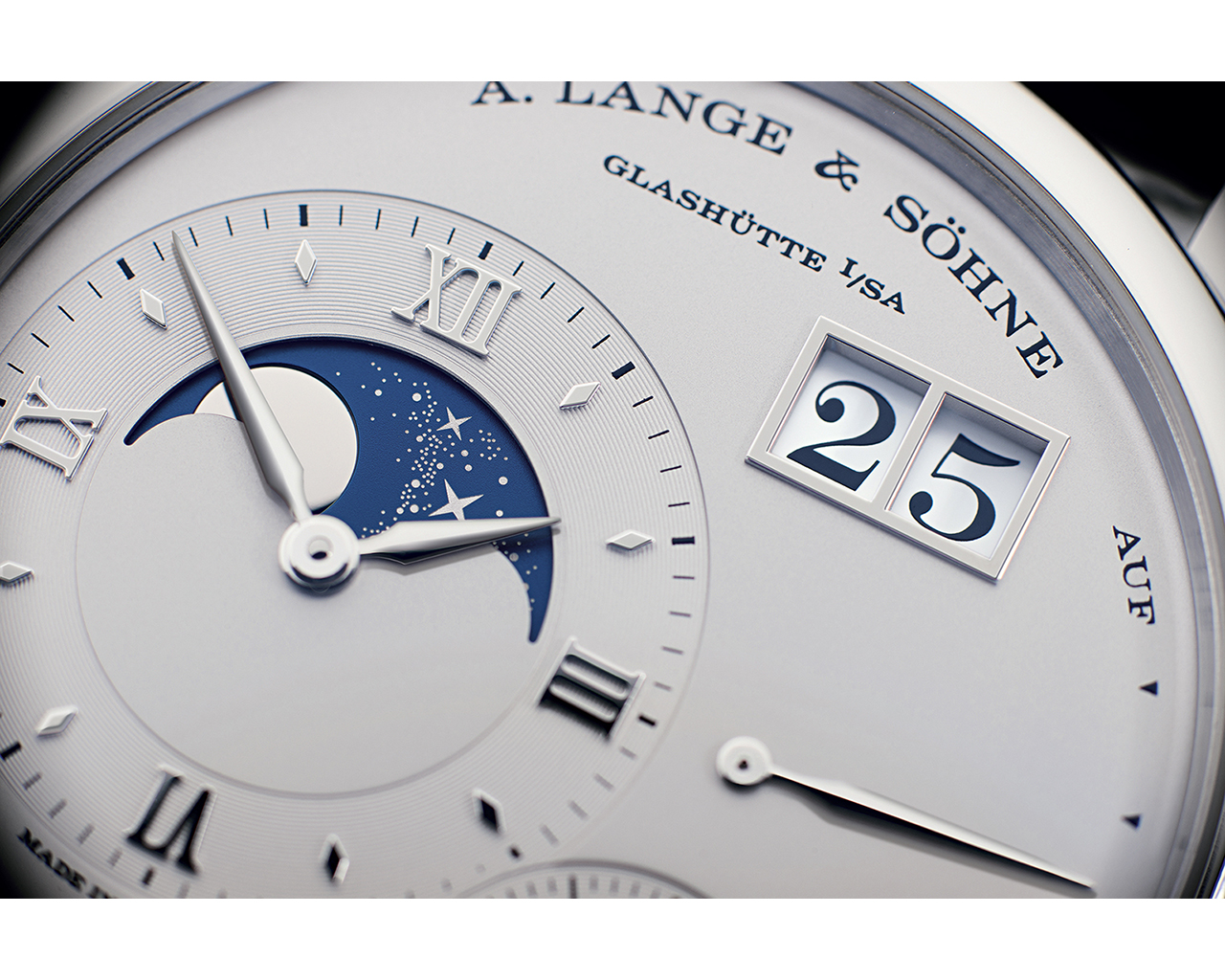 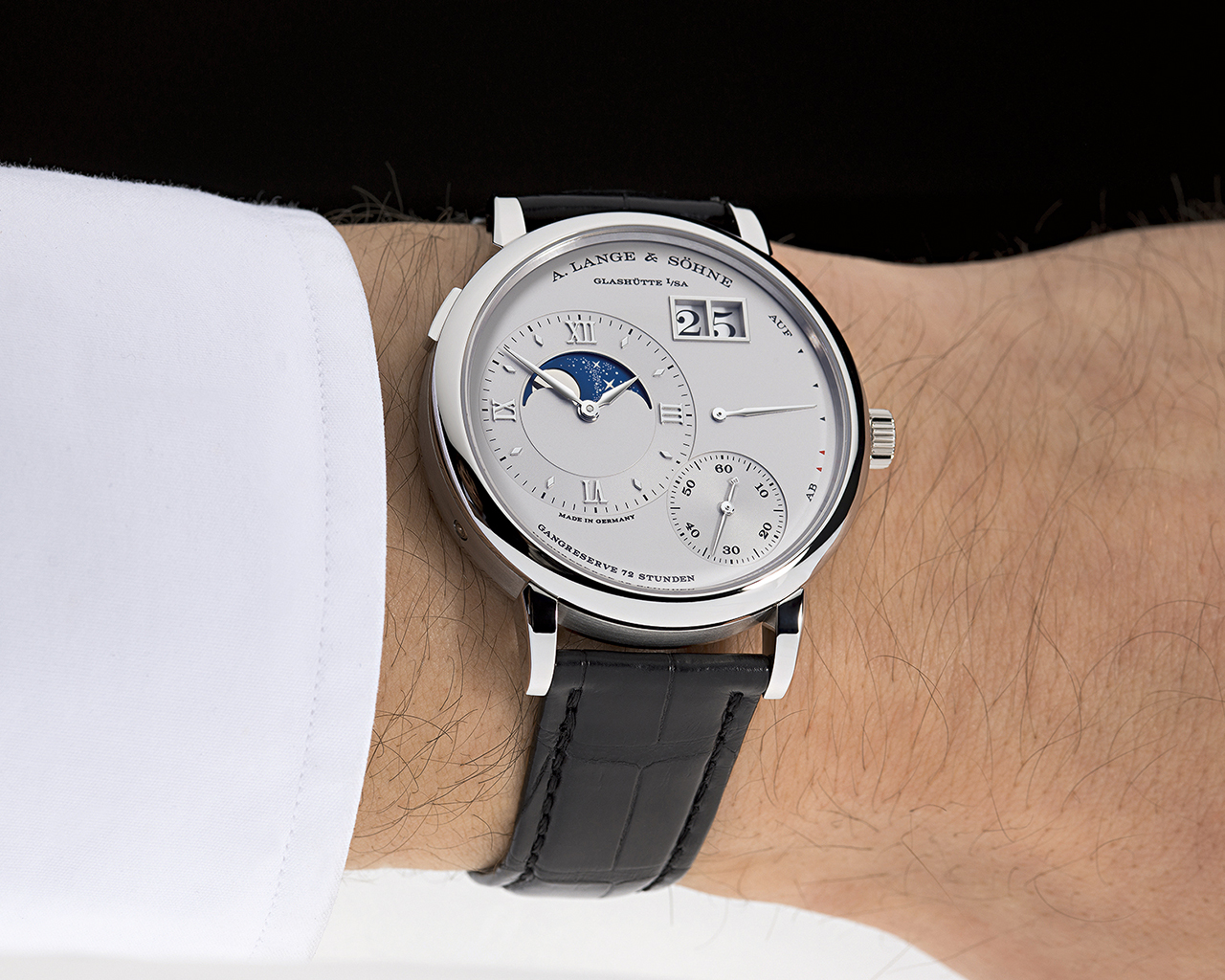 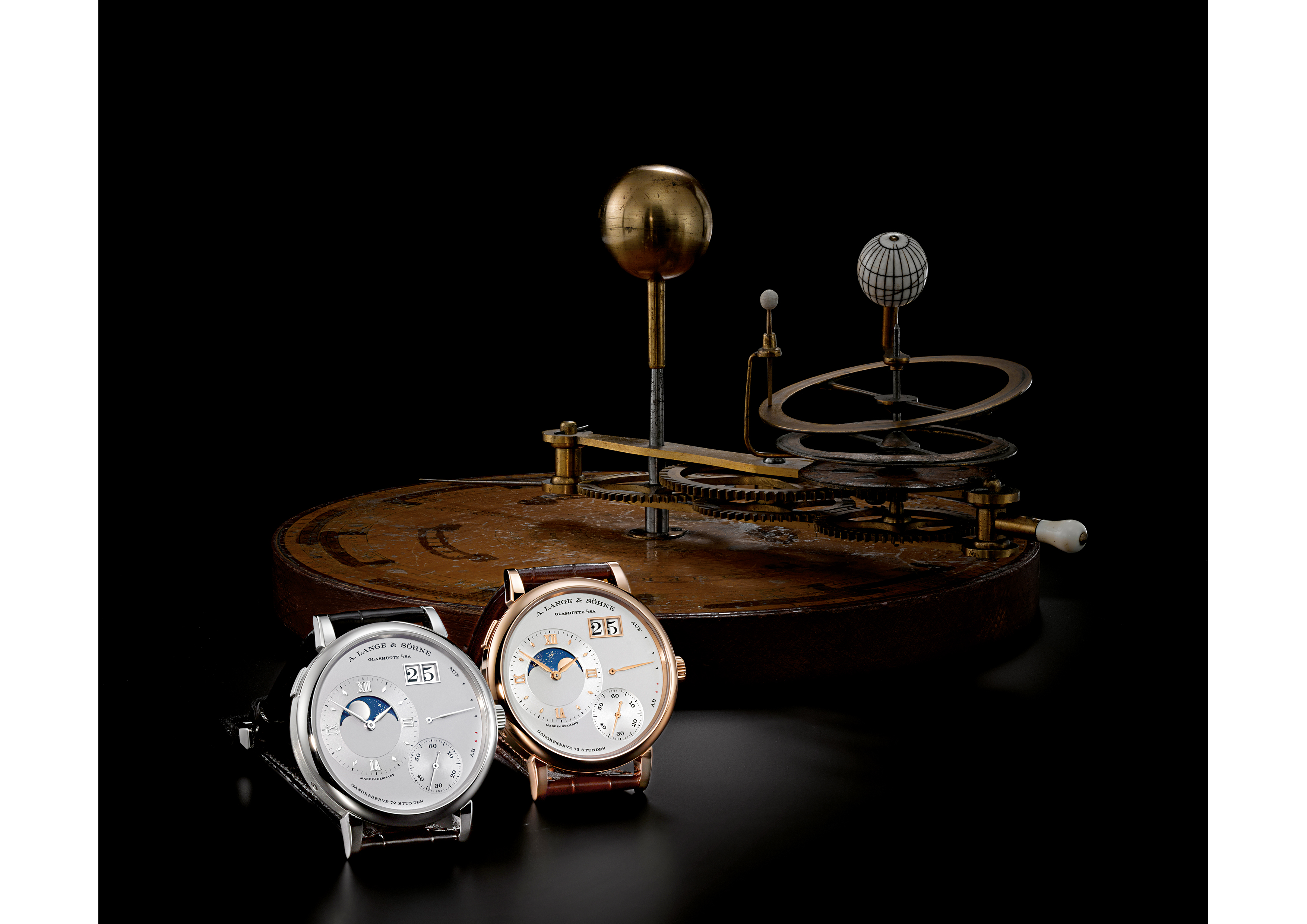 Two Grand Lange 1 Moon Phase watches in front of a tellurion, by William and Samuel Jones (London ca. 1800) at the Dresden Mathematisch-Physikalischer Salon 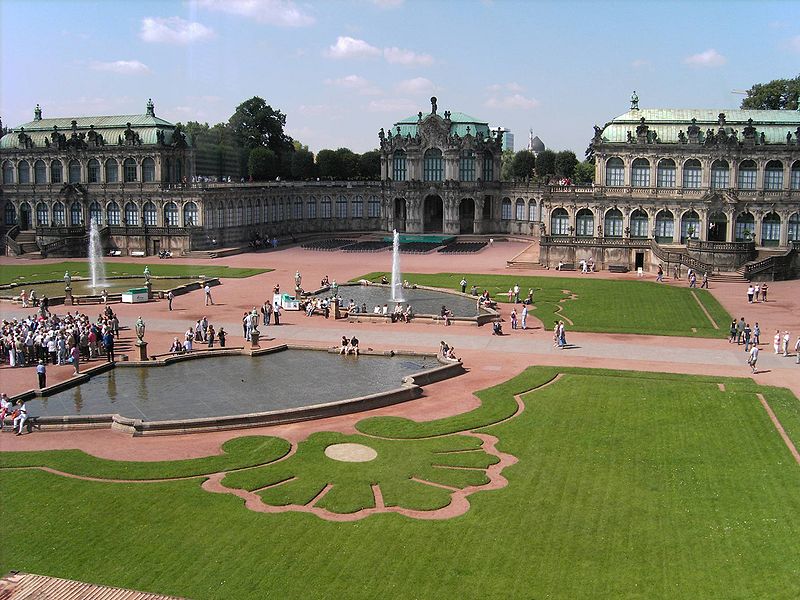