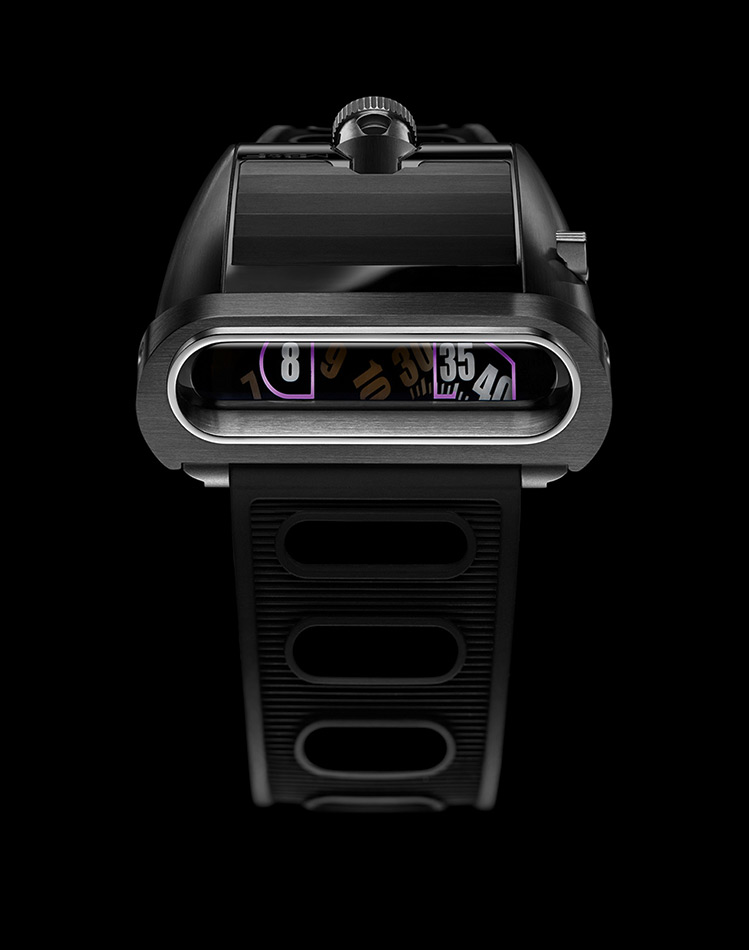 The latest watch by MB&F is called HM5, and its main characteristic is its sleek black colour. Instead of using a conventional black PVD coating, MB&F looked for another material, and as they couldn’t find anything black, steely and polishable, they asked a supplier to develop a new material. The result was CarbonMacrolon, a black polycarbonate reinforced with carbon nanotubes. It is hard, solid, and black all the way through. CarbonMacrolon is based on Bayer’s Makrolon, a thermoplastic used for CDs and all sorts of other applications. Adding carbon nanotubes adds strength, rigidity, and the dense black colour that MB&F wanted.

The watch doesn’t look much like a watch. The time is shown by two discs lying flat on the movement, whose numerical indications are refracted into the correct position for reading by a sapphire prism. Louvres, operated by a slide on the side of the case, allow light to penetrate the watch and recharge the SuperLuminova on the discs for night-time visibility. Its aesthetics recall a Lamborghini with a jet engine, coherent with founder Maximilian Büsser’s ambitions to create watches that match our super-technological age. The crown looks like a jet nozzle, and it is flanked by two valves that recall dual exhaust pipes, in actual fact conduits that expel water in case the watch gets wet.

The numeral discs are entirely coated in SuperLuminova,and the numbers are created by another masking layer (a bit like Panerai’s system). As the image is reflected, and then refracted to the front of the magnifying prism, the numbers on the discs are mirror-image. Seen on the display, the numbers have an iridescent purple outline, matching the other purple highlights of the piece such as the rotor visible through the sapphire caseback.

The case is double. The outer case, with the louvres, is not water-resistant (the reason for the water-expelling valves), and there is a second inner case that protects the movement, water-resistant to 30 metres. The movement was developed by Jean-François Mojon and Vincent Boucard from Chronode; it has a Sowind gear train, an automatic winding rotor in iridescent purple 22-carat gold, and a power reserve of 42 hours. The indications are minutes and jumping hours, which can be adjusted in both directions using the crown. It’s a large watch, 51.5 x 49 mm, and 22.5 mm thick, on a rubber strap with titanium buckle. Ideal for driving, rather like the Parmigiani Fleurier Bugatti watch. 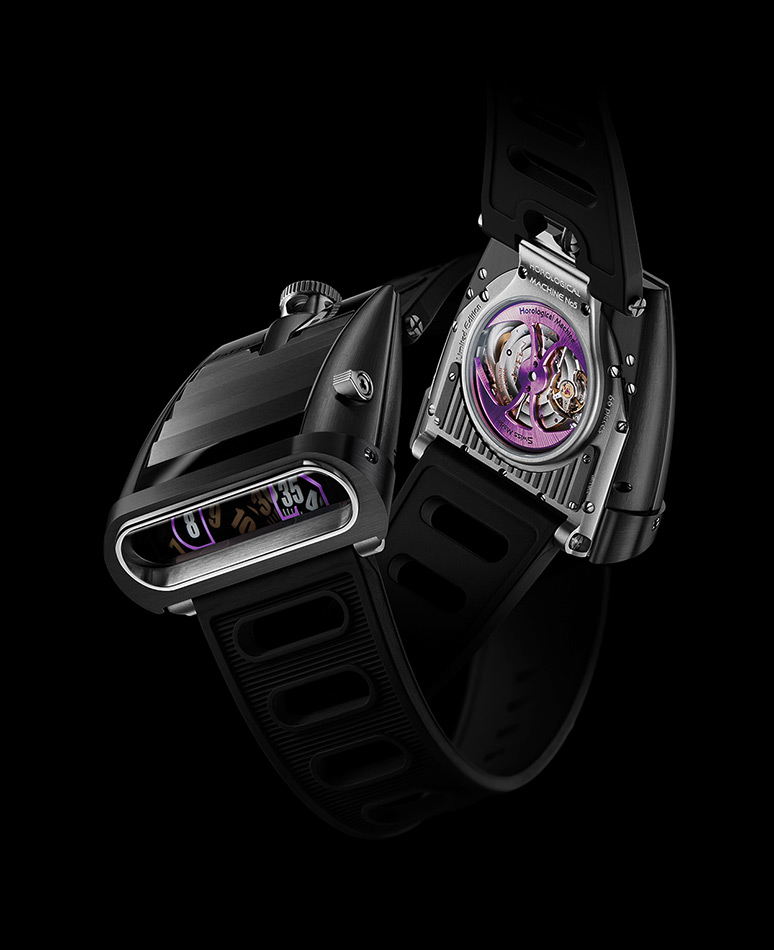 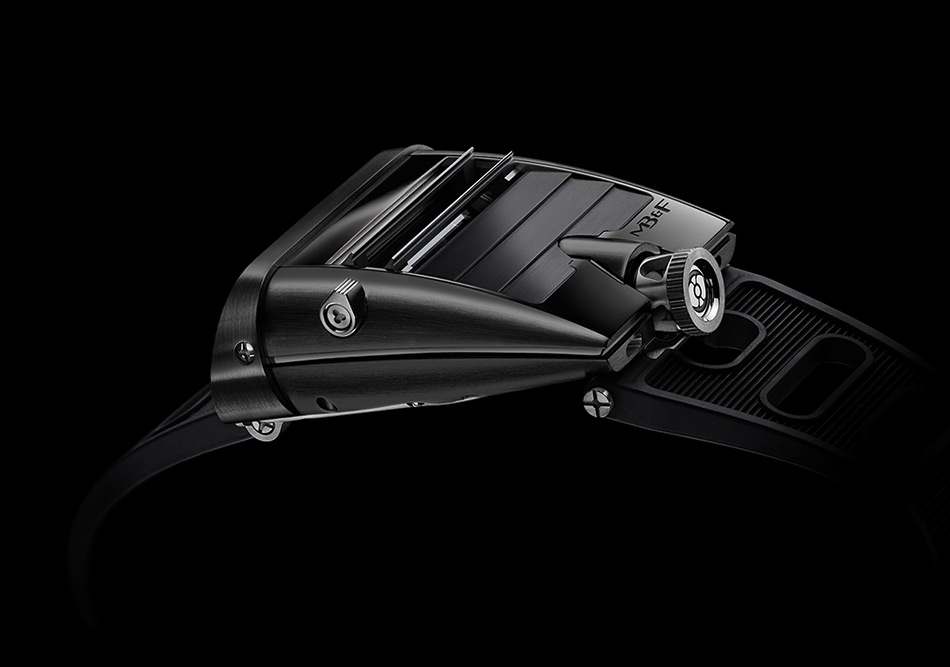 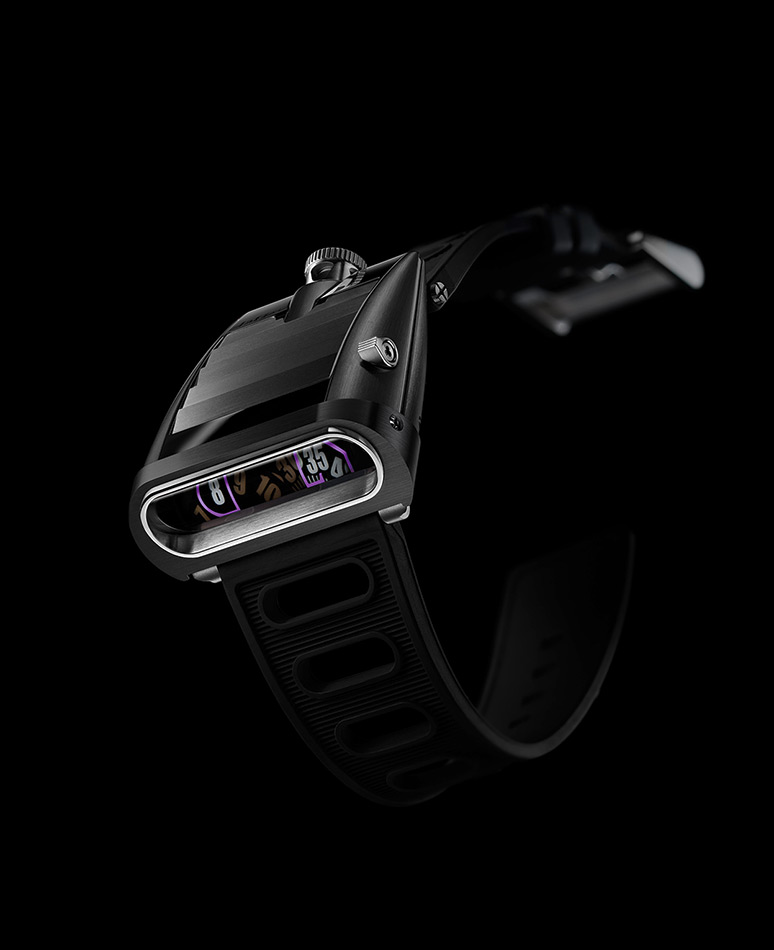 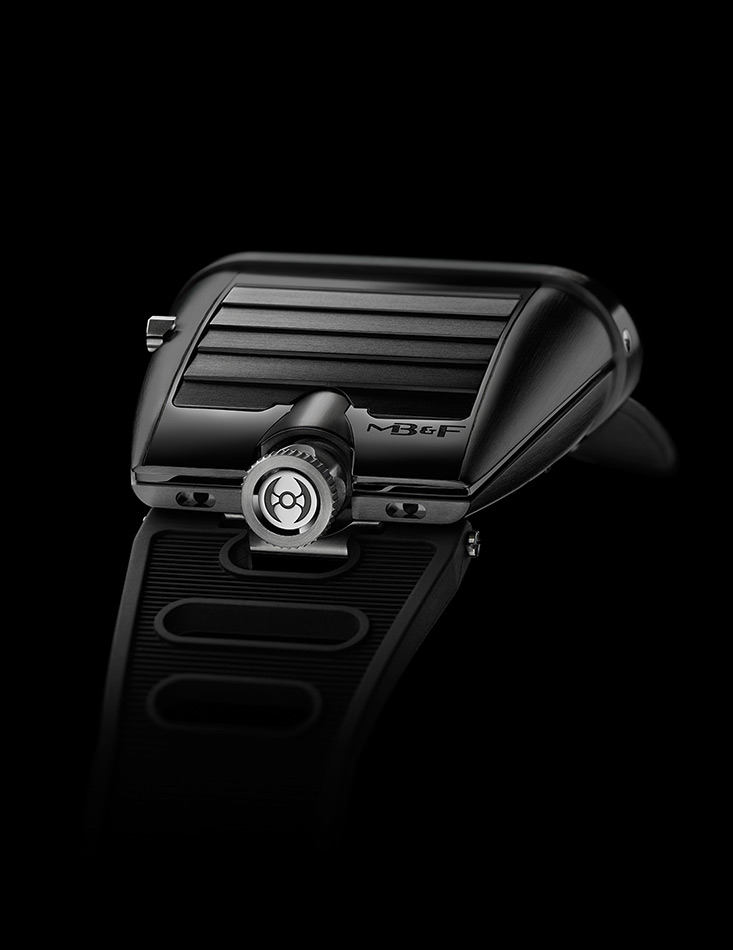 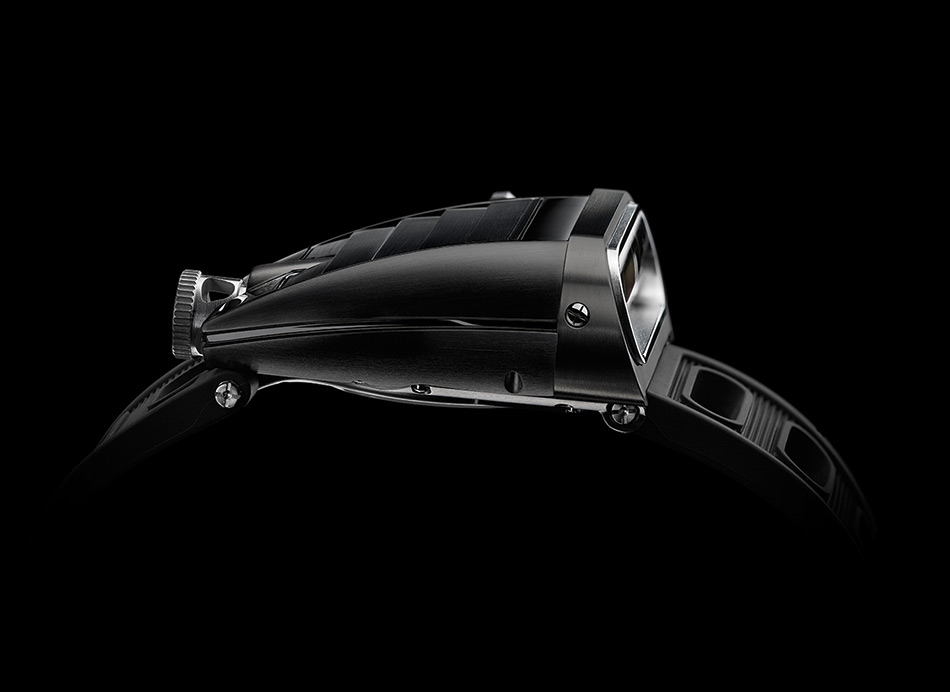 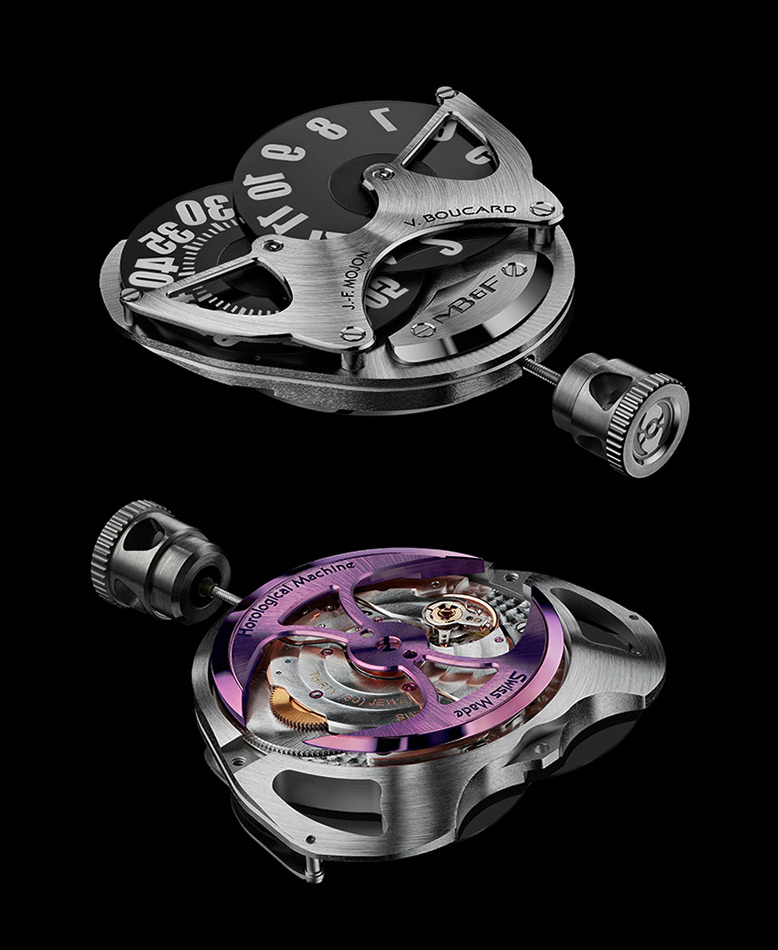 The movement seen from above, with the two flat discs, and below, with the purple gold oscillating weight 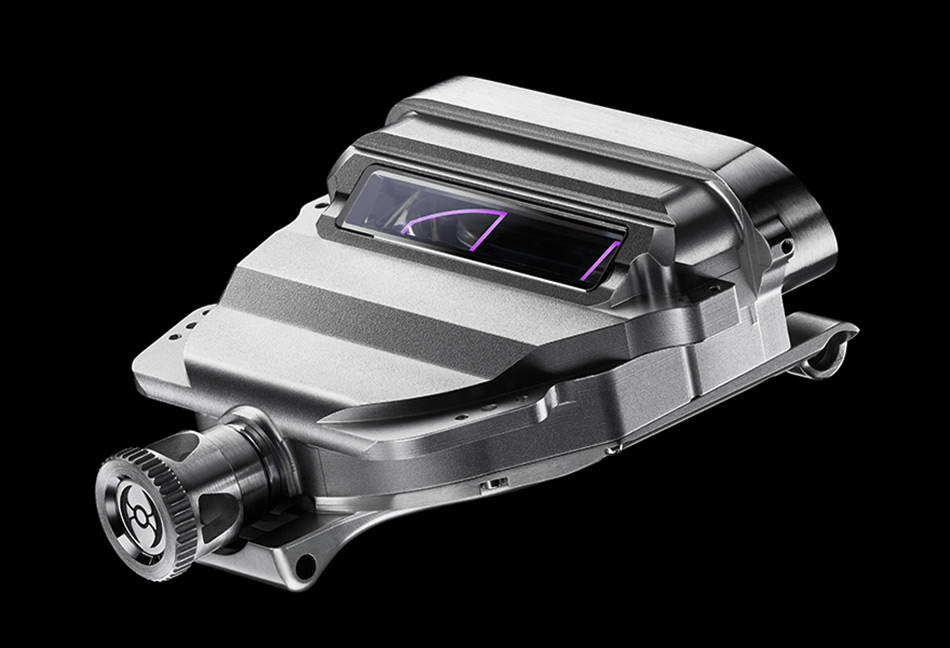 The inner case protecting the movement 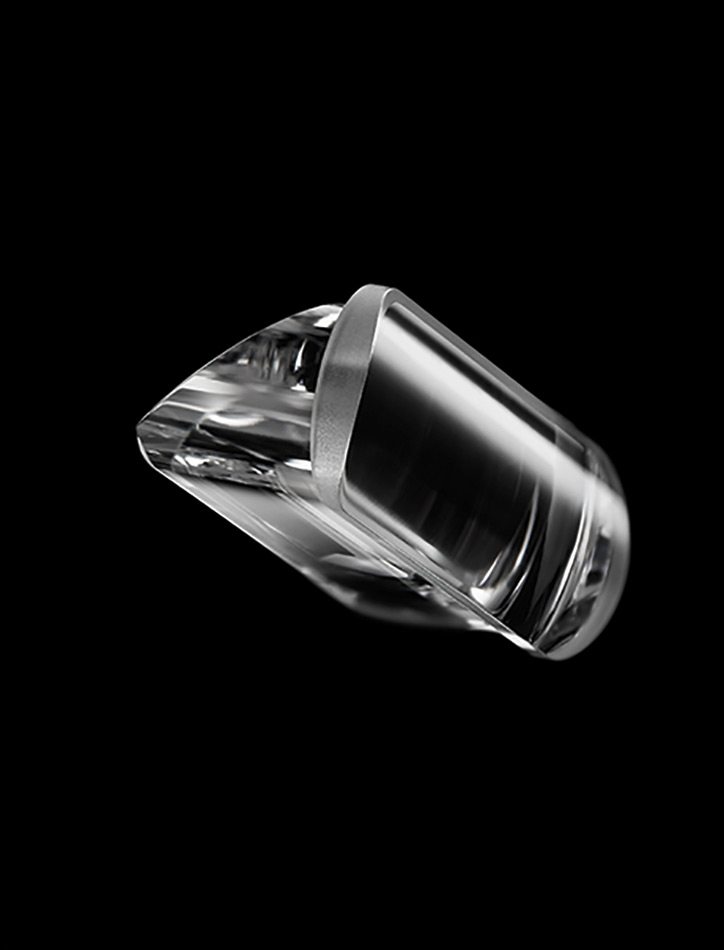 The sapphire prism that reflects, refracts and magnifies the image from the number discs 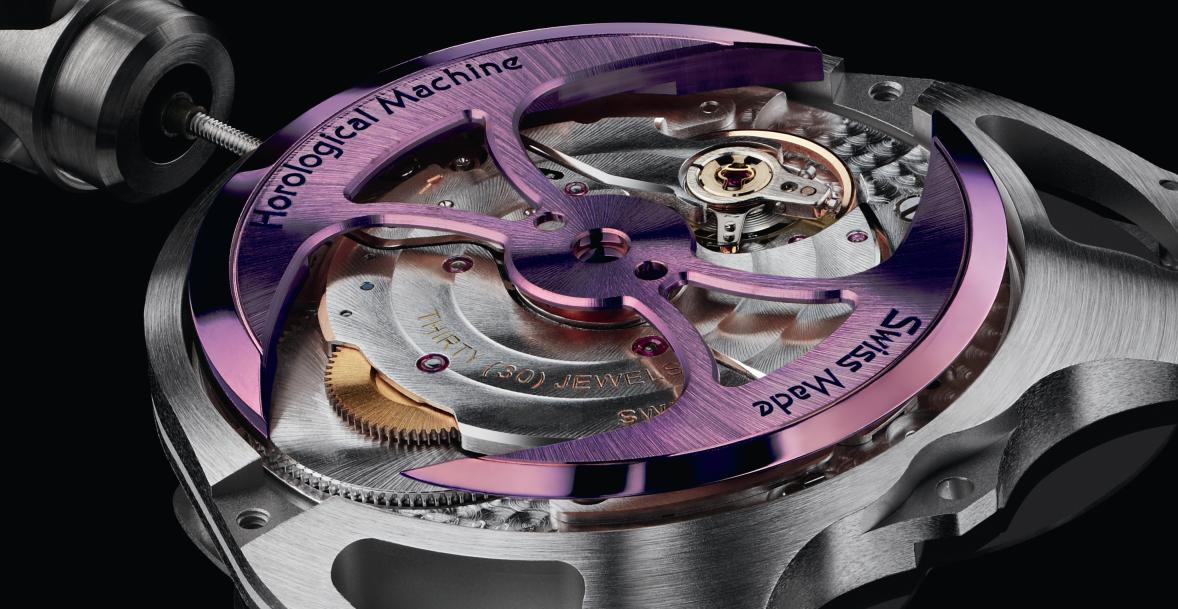 The movement with the oscillating weight 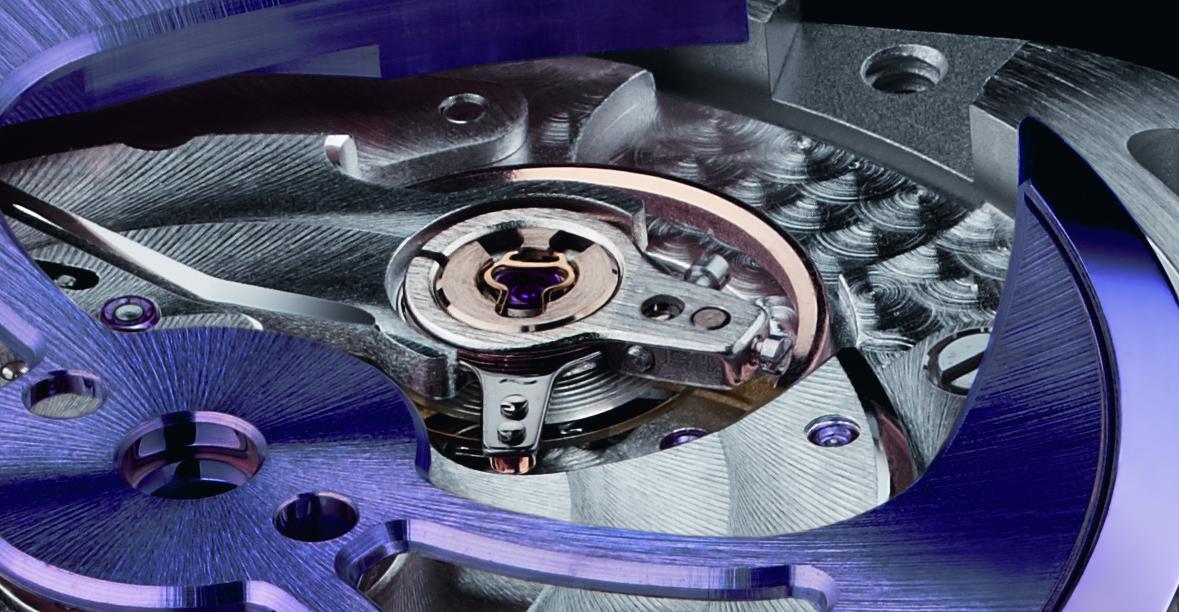 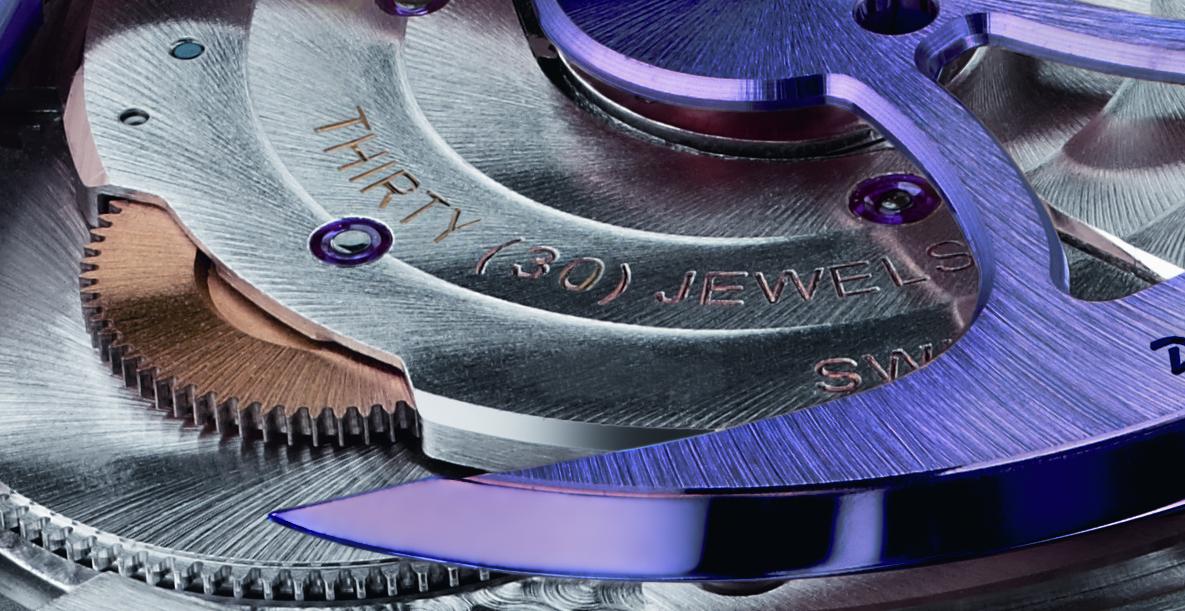 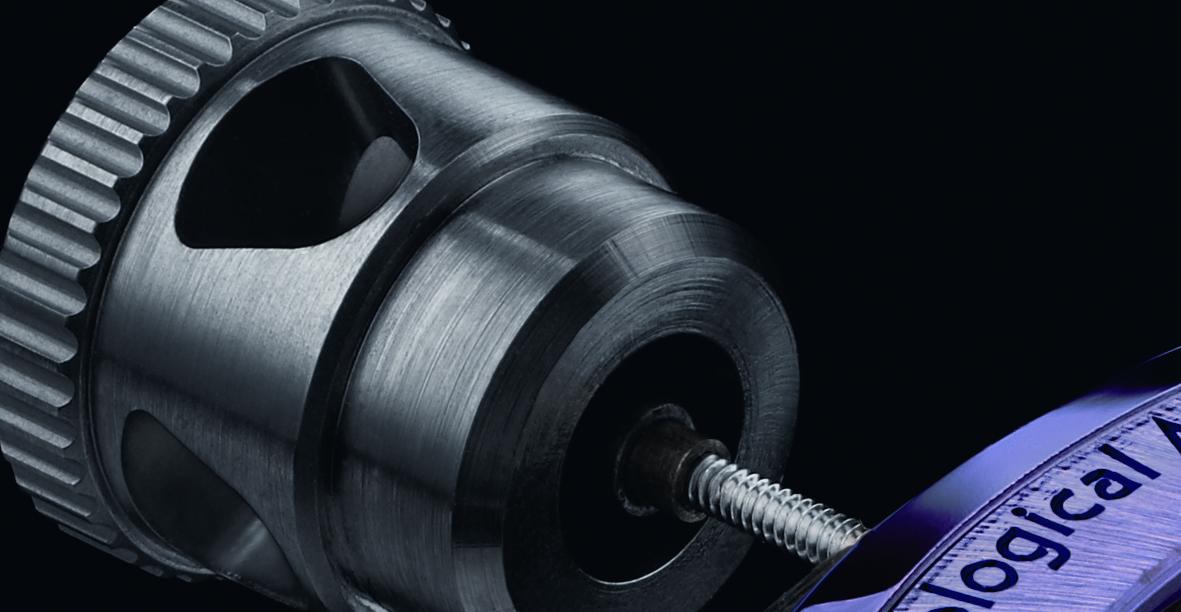 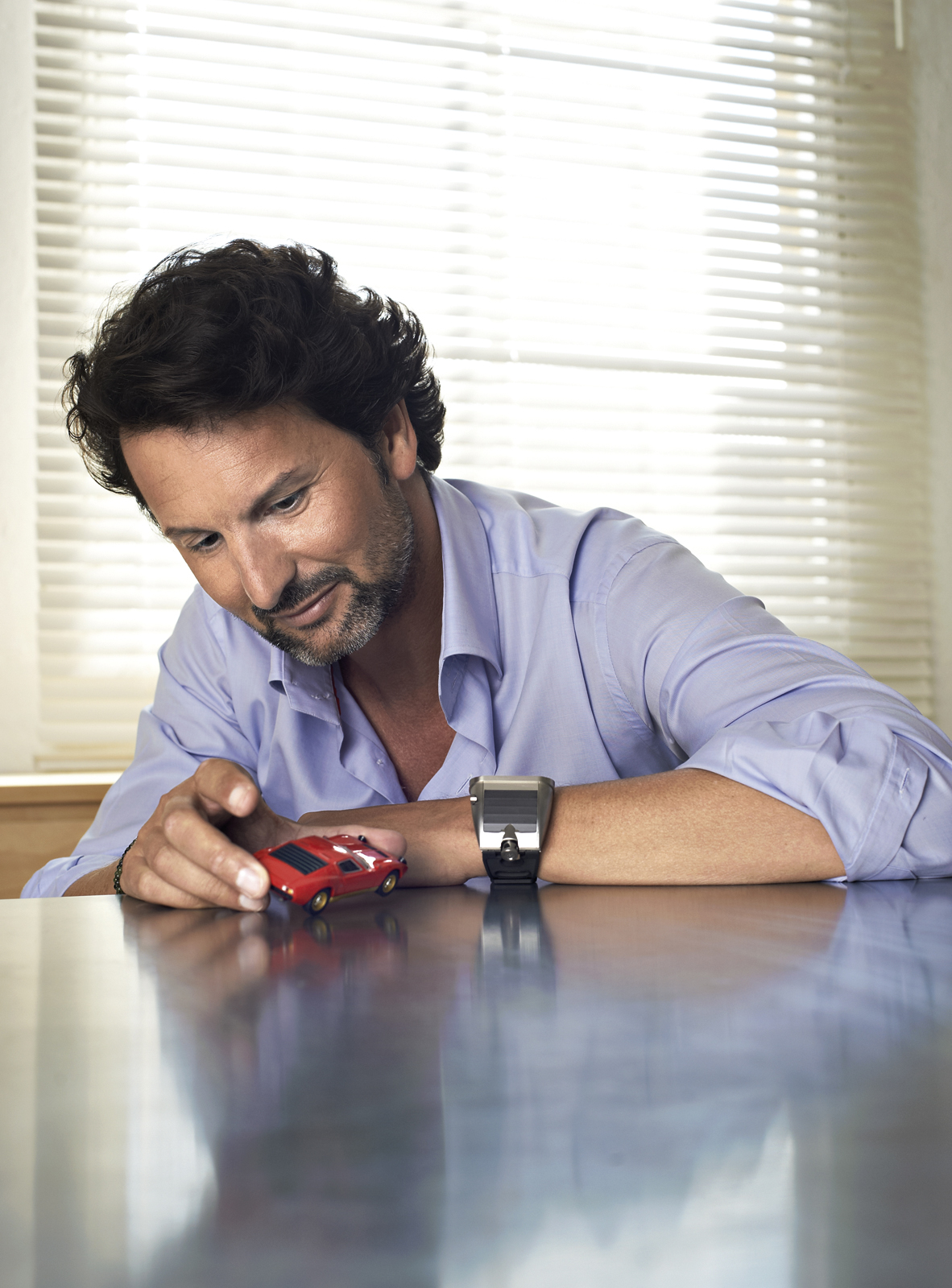 Maximilian Büsser, founder of MB&F (the F stands for “Friends”)