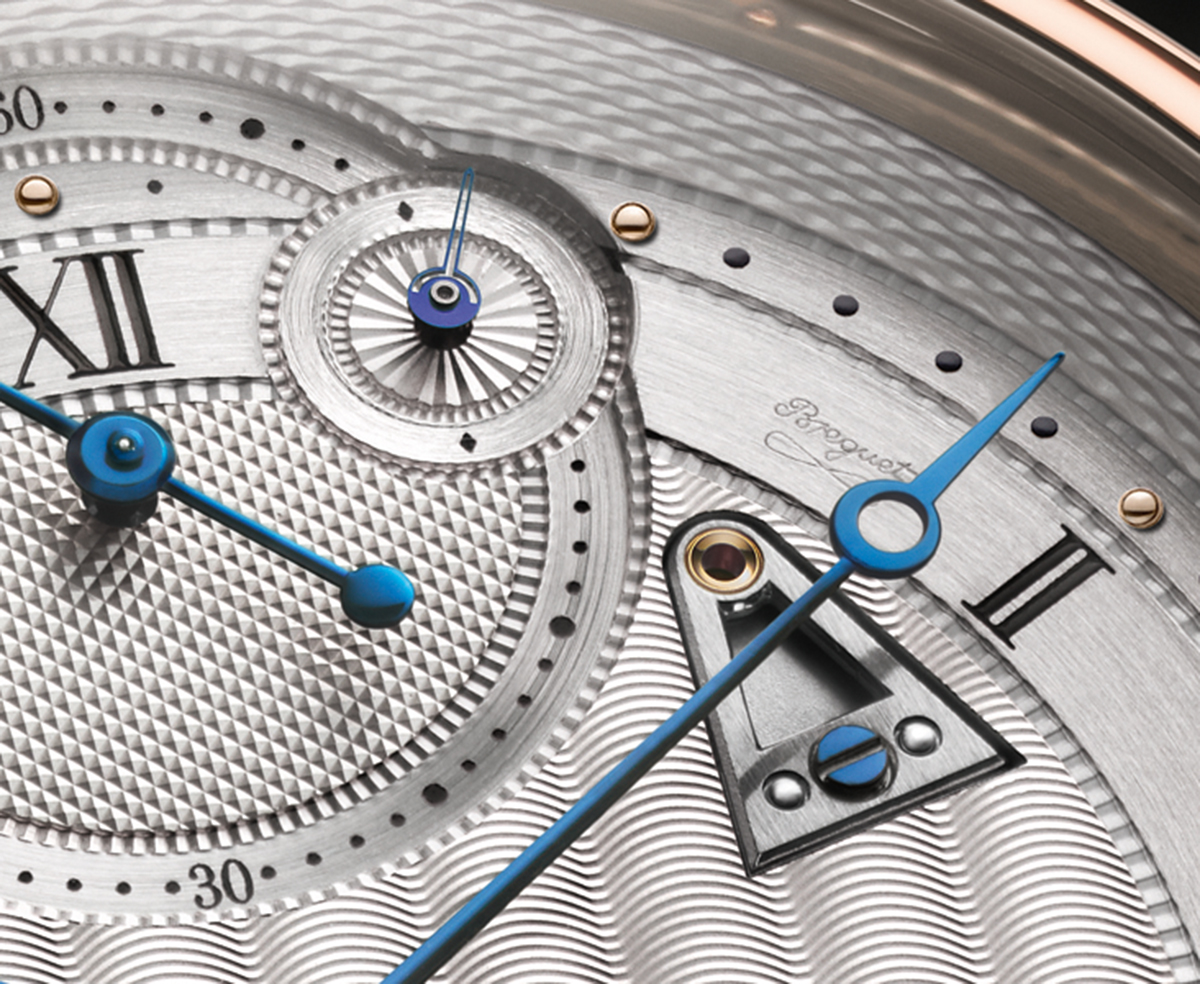 The one-second subdial on the 60-second dial, with the triangular pare-chute, and the “secret signature”

This post follows yesterday’s piece on hundredth-second watches: I remembered that in 2012 Breguet presented its Classique Chronométrie 7727 which is visually unusual because it has a very small subdial with a silicon hand that rotates once a second, and so in theory could display fractions of a second, at least tenths or twentieths. In actual fact its function is principally to add to the visual interest of the watch, to have something going on at all times, and an interesting addition to the continuous seconds subdial on which this small dial is positioned.

The watch has the classic Breguet look, with guilloché dial, fluted caseband, blued Breguet hands and Roman numerals. But this classical flavour conceals a lot of amazing technology, and principally a calibre with a magnetic pivot. Up until recently, magnetism was an arch-enemy of watchmakers, because a magnetic field causes the coils of the balance spring to attract each other, and so the watch runs faster. The anti-magnetic research performed by companies within the Swatch Group led to the Omega Seamaster Aqua Terra > 15000 Gauss, which is unaffected by a magnetic field that intense, but the technology was available for all Swatch Group brands and the Classique Chronométrie 7727 is a good example. Its hand-wound movement, calibre 574DR, has a balance frequency of 10 Hertz, higher than most watches, and made possible by the special silicon used for the balance spring and other components. Even though the regulator absorbs about 830 microwatts power (compared to the usual 300-400 watts of most watches’ regulators), the power reserve is 60 hours. This is attained in part by the use of a magnetic pivot for the balance.

The pivot was patented in November 2010. The staff of the balance is held in position by fields generated by micro-magnets, which also return the balance to its correct position should it be moved by a shock. According to Breguet, the magnetic pivot is also unaffected by gravity, and the rate between the six watch positions used to measure its rating has been reduced to -2/+4 seconds per day, well within the COSC chronometer standard of -4/+6 seconds per day. 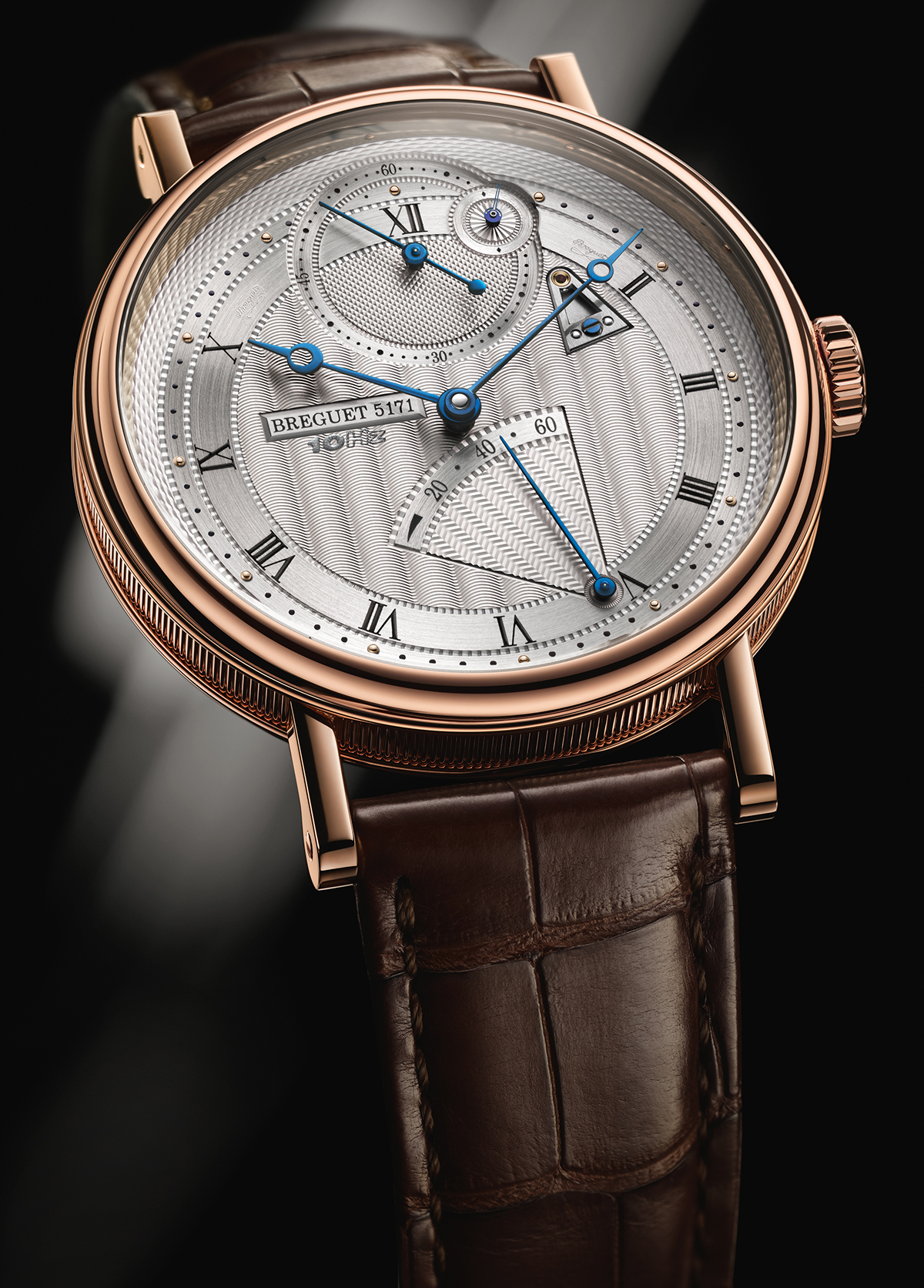 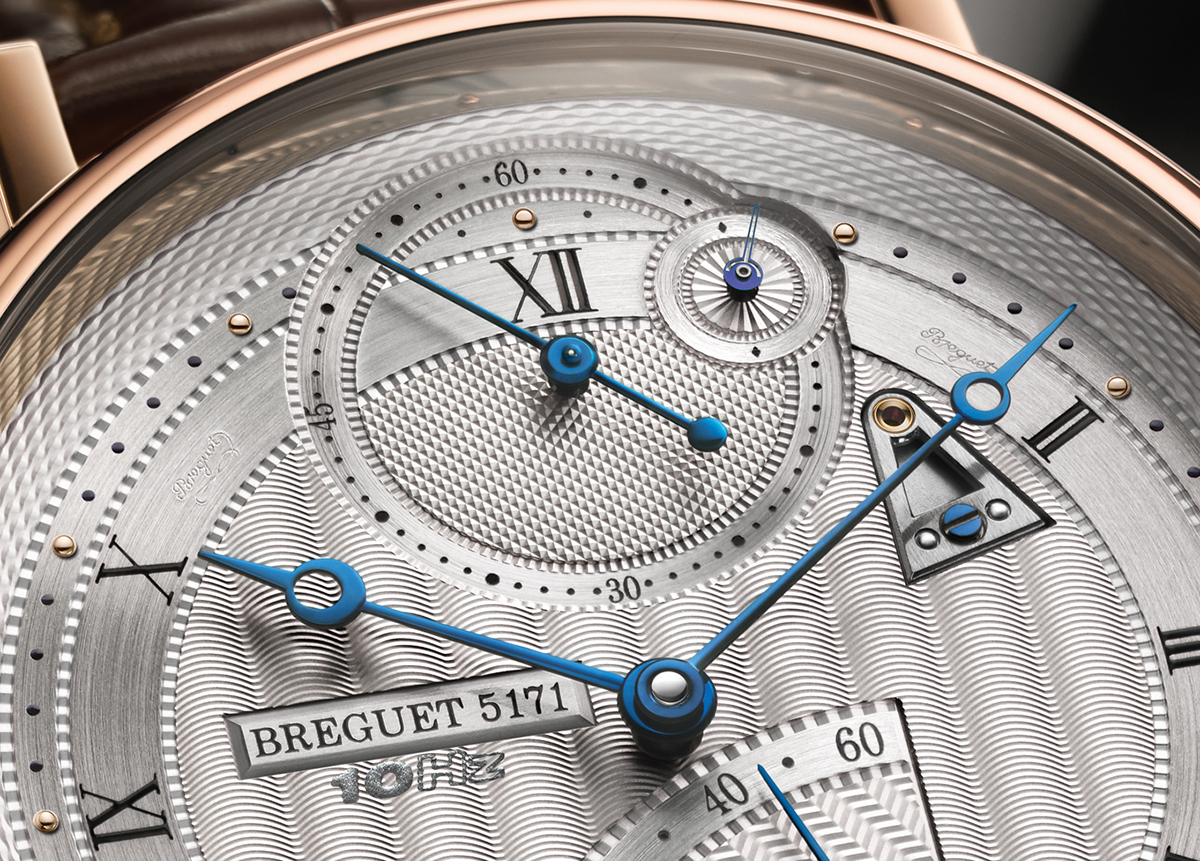 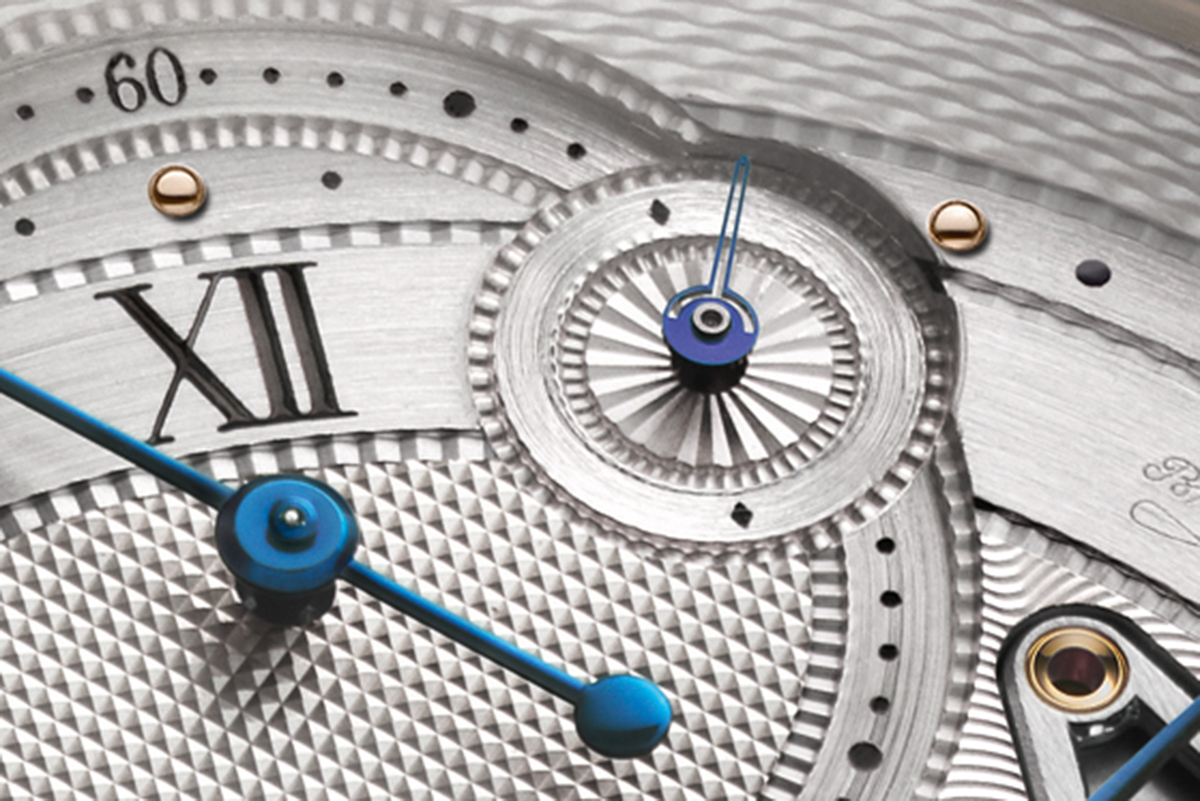 The small silicon hand that revolves once every second 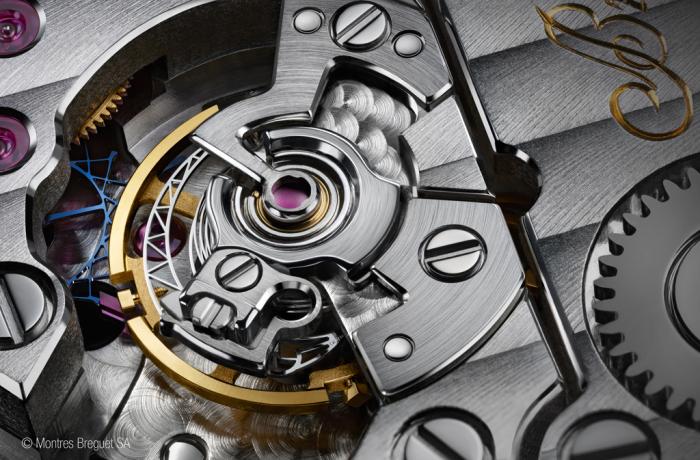 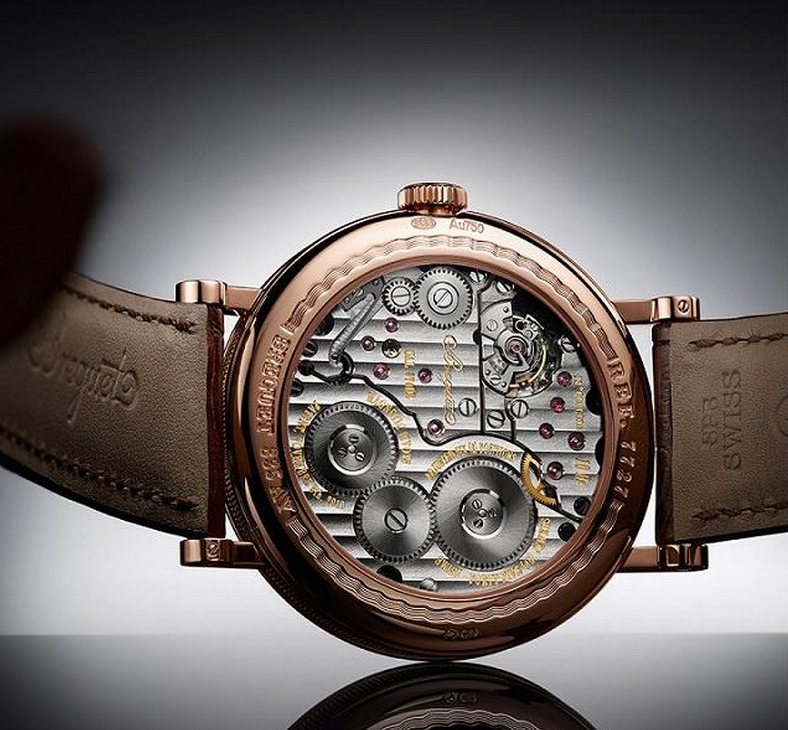 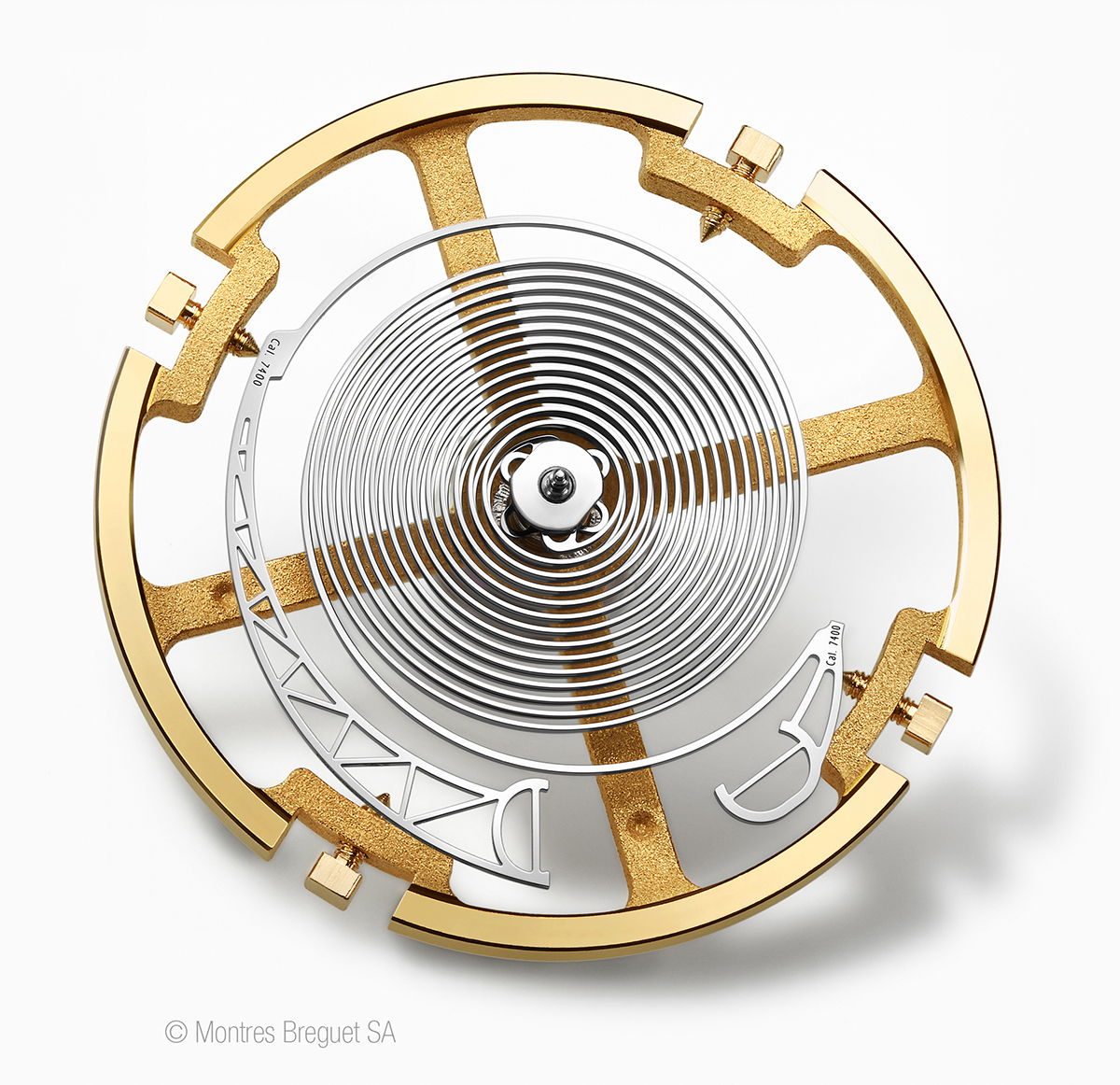 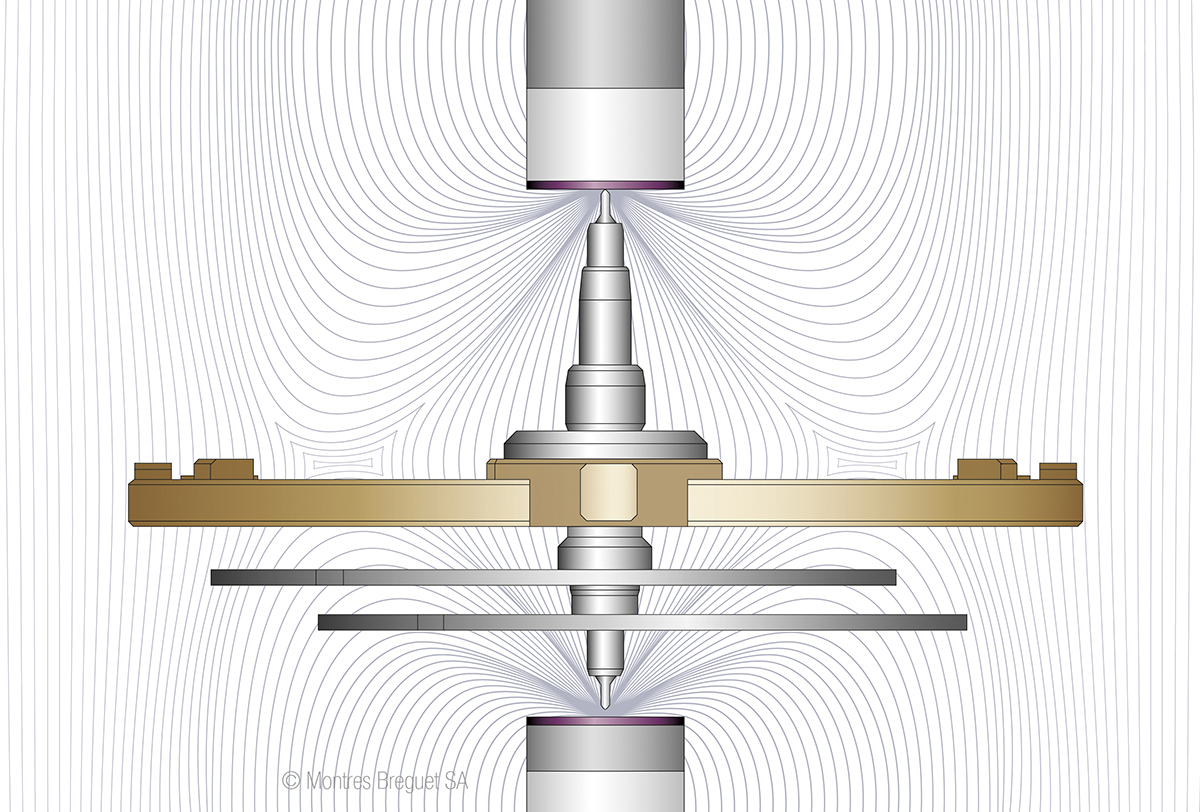 Diagram of the magnetic pivot