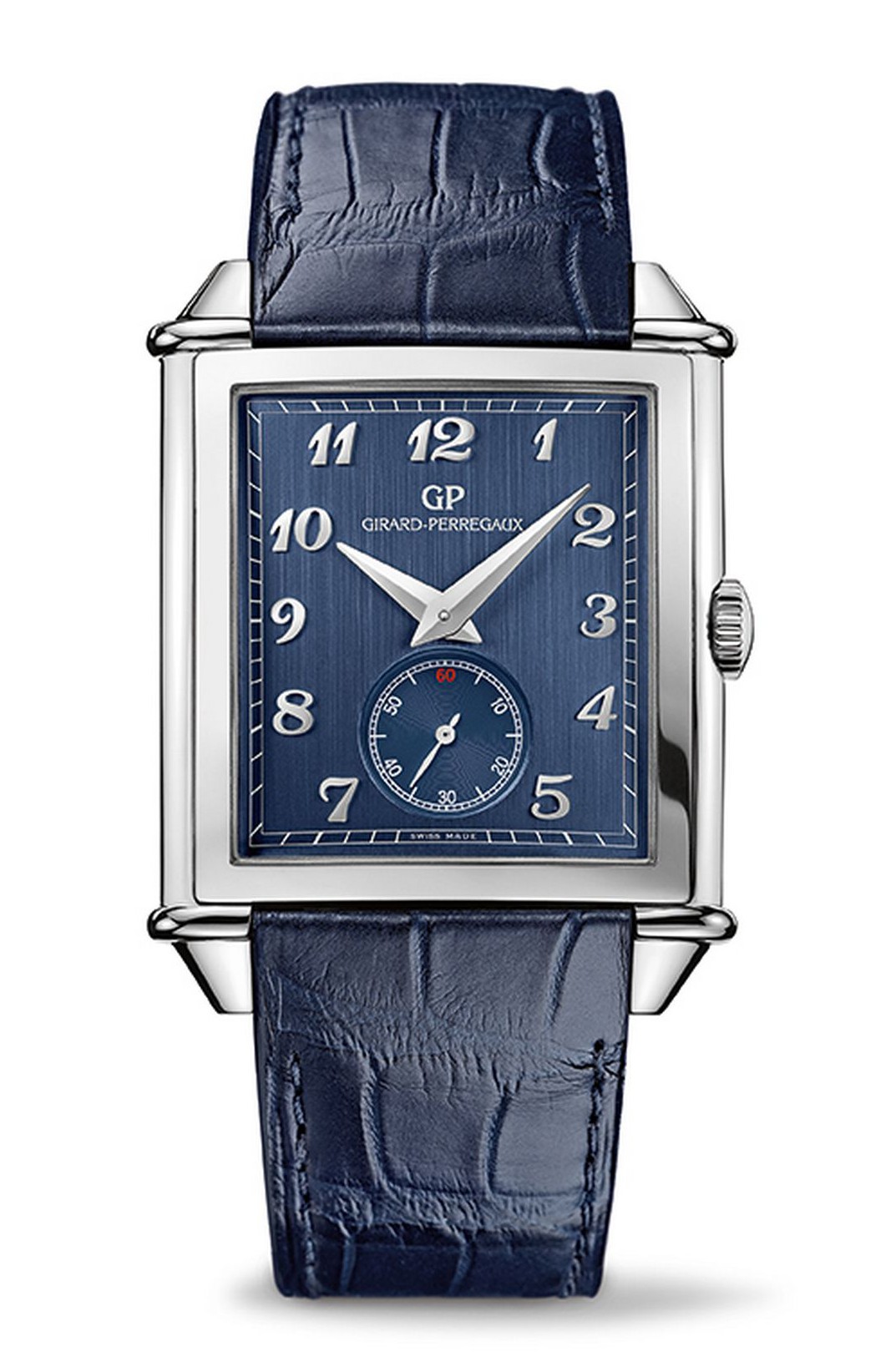 You have the chance of winning a Girard-Perregaux Vintage 1945 XXL Petite Seconde worth CHF 10,450. Just vote for your favourite watch amongst the 72 watches pre-selected for the 2014 GPHG competition. The winner will be drawn and announced on 31 October during the GPHG prize-giving ceremony held at the Grand Théâtre de Genève. Remember that you can vote just for one watch, NOT one in each category, so scroll down through all the categories!

The Grand Prix d’Horlogerie de Genève was created in 2001, and each year it awards prizes in different watch categories, as well as the Aiguille d’Or Grand Prix for the best watch of the year, the Innovation Watch prize for particularly innovative designs, the Horological Revelation prize for a watch created by a brand less than five years old, the Public Prize decided by online votes by the public, and others. It’s like an Academy Awards ceremony for watches.

The Prize is run by a foundation whose members include the Canton of Geneva, the City of Geneva, and the International Museum of Horology in La Chaux-de-Fonds. The competition is held every November, and so it offers an interesting overview of the watchmaking year. This year, brands had to enter their candidate watches by 23 June with photos and documentation, along with a CHF 500 entry fee: 72 pre-selected watches (6 for each category) had to be physically available from 10 September, for examination by the jury and inclusion in a travelling exhibition.

In 2013, the Aiguille d’Or (it means “Golden Hand”) Grand Prix was won by the Constant Escapement L.M. by Girard-Perregaux, with other prizes including Ressence for the horological revelation prize and Tudor for the Revival Prize.

This year, a total of 240 watches were entered into the competition. Swatch Group evidently encouraged its brands to participate, because Breguet was preselected for six of the twelve categories, Blancpain and Jaquet Droz are present in three categories, Omega in two, and Tissot iin the sports category. Bulgari, from the LVMH group, is present in four categories. The Richemont group are present with Van Cleef & Arpels (Pierre Arpels Heure d’ici & Heure d’ailleurs which didn’t make it through to the preselection, and the Midnight Planétarium which did), Baume & Mercier (Clifton chronograph), Montblanc (TimeWalker 100), and Greubel Forsey (Art Piece 1). Independent watchmakers and brands are also present, such as Christophe Claret with Margot, and Frédéric Jouvenot with Surya. I wonder why Jaeger-LeCoultre didn’t take part?

Below, the jury of the 2013 Grand Prix d’Horlogerie de Genève:

Below, Kari Voutilainen, founder of the like-named brand, accepting his prize for the Men’s Watch Prize 2013: 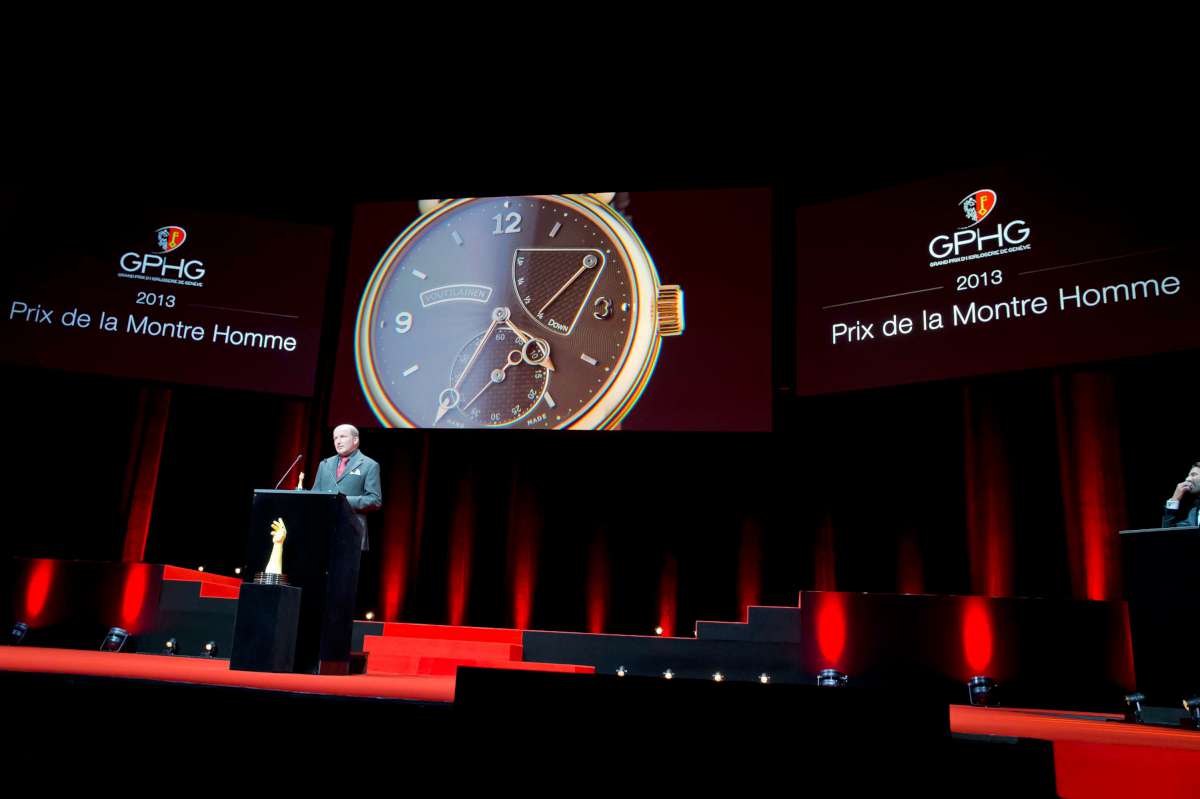 Below, Michele Sofisti, CEO of Girard-Perregaux which won the Aiguille d’Or prize in 2013, between a jaunty Philippe Starck (right) and Jean-Michel Wilmotte, members of the jury last year: 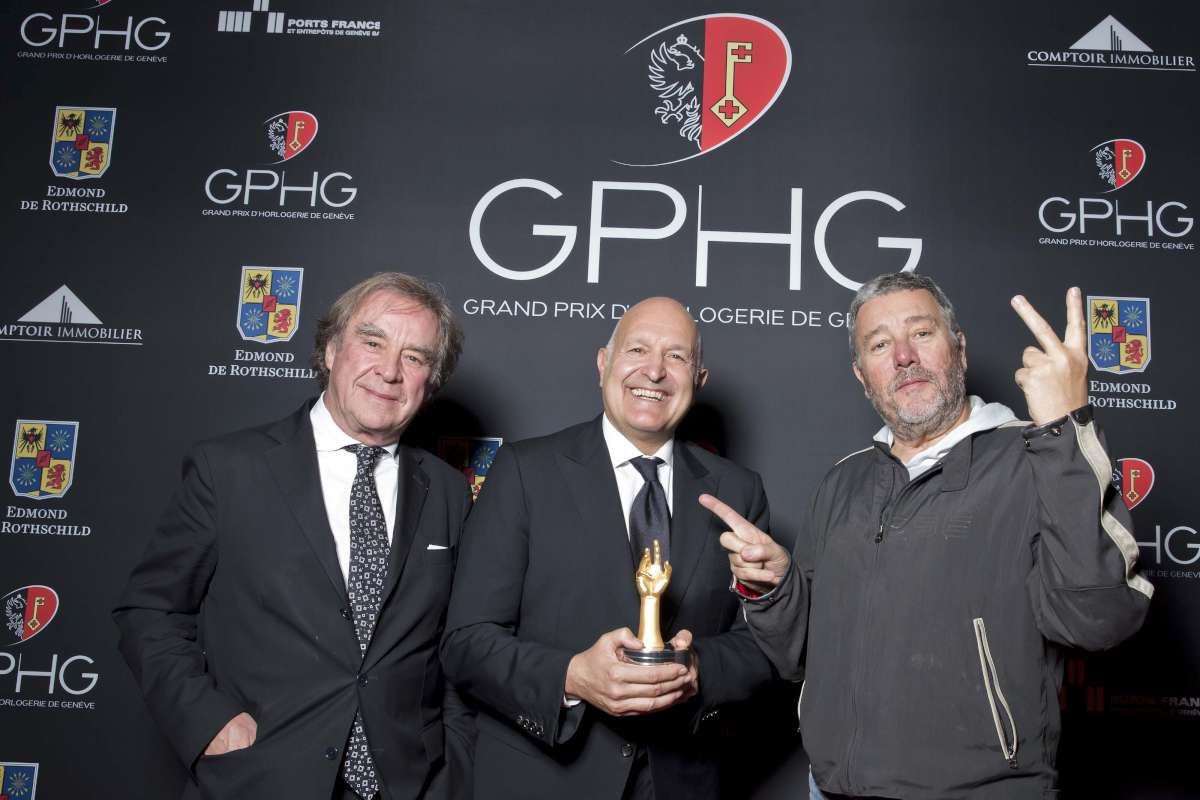 Below, the Grand Théâtre de Genève with light show by Gerry Hofstetter: 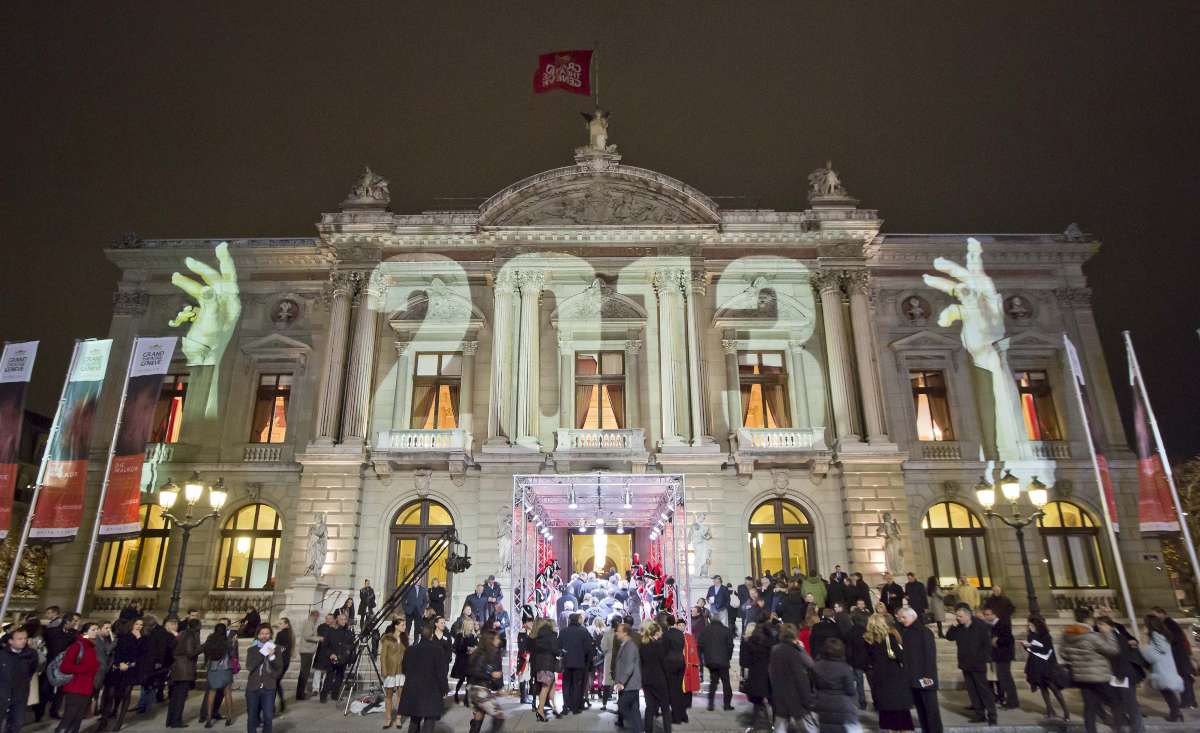