Snyper is a Geneva-based company founded in 2008 by a group of people whose enthusiasm for watches is combined with a military background. This is the origin of their ultra-military name and the rugged character of their timepieces, presented on a website that has recently been renewed. “Targets are met when time is under control” is their tagline. Their watches all look tough, and even have the possibility of hooking up extra equipment, such as a small cylindrical video camera – that resembles a rifle telescopic sight – onto the side. 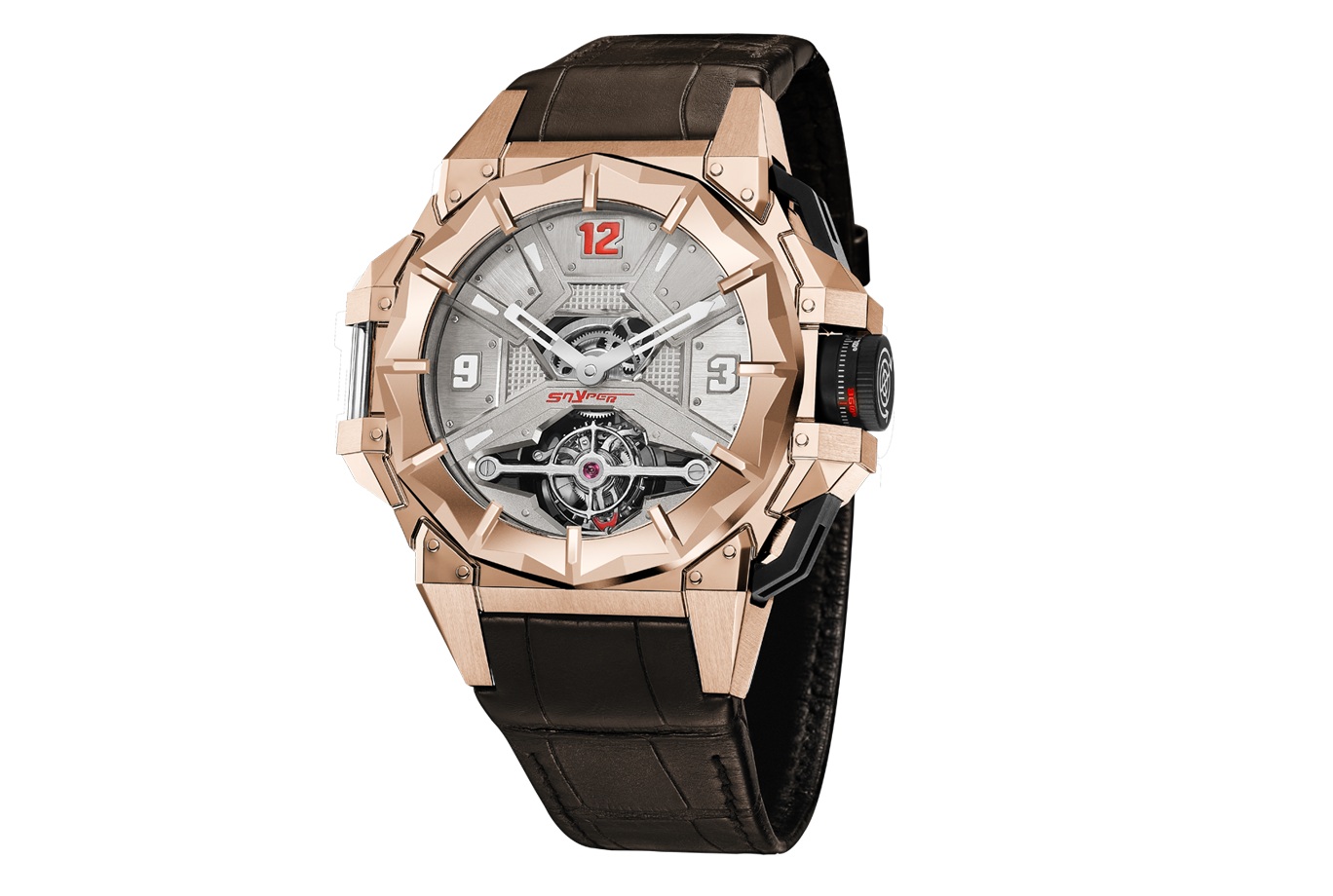 The Snyper Tourbillon F-117 (an entry in the 2014 GPHG competition) is their most expensive watch with prices starting at €66,500 for the titanium model and reaching €99,000 for the pink gold model shown above. Even in the rose gold version, its multi-faceted case and bezel reinforces the tough military look, with trim curiously including two non-functional pushers in black PVD-coated metal, and two bars on the left-hand side that can be used to attach the video camera mentioned above, or other similar items. 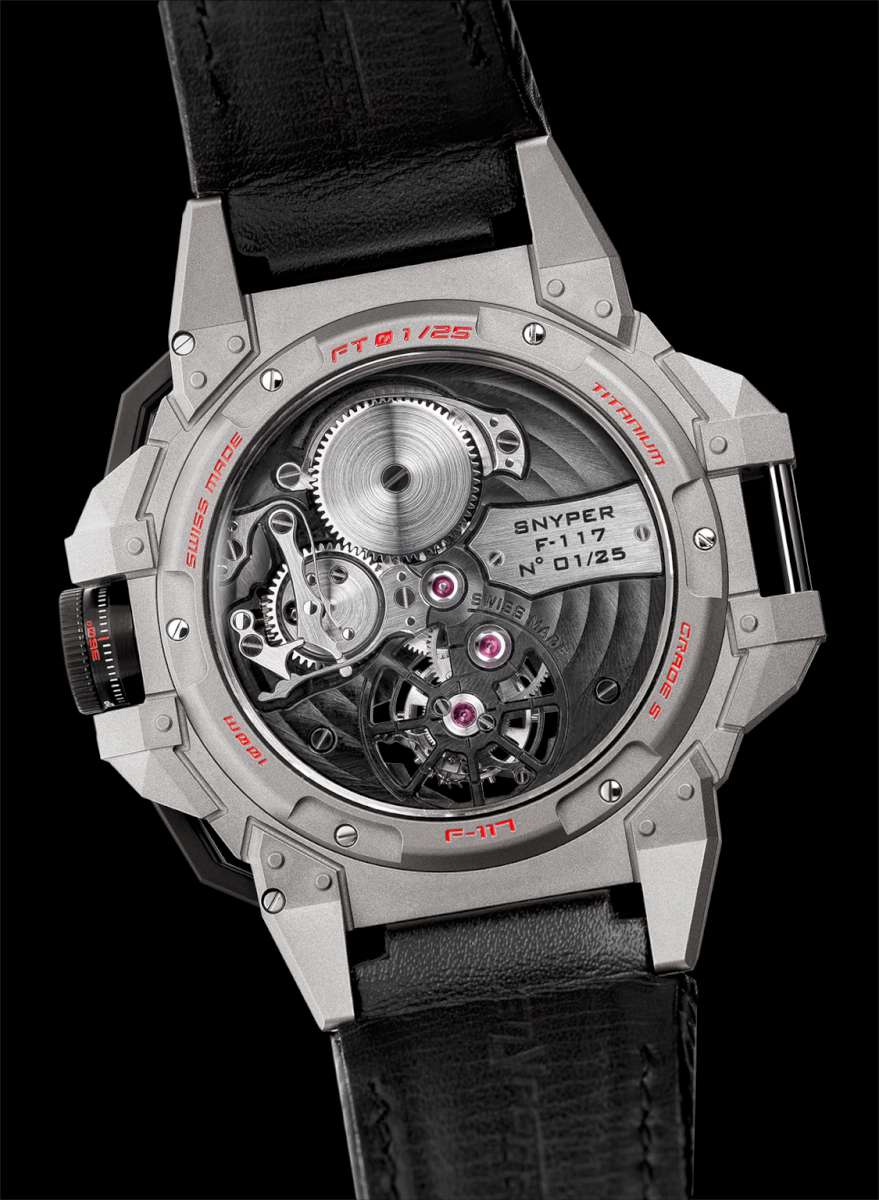 The sapphire caseback reveals the hand-finished Snyper F117 manually-wound movement manufactured by Concepto (Swiss company based in La Chaux-de Fonds that is developing an important positioning as an independent supplier of movements, in other words one of the few Swiss alternatives to ETA), with a power reserve of 72 hours. The tourbillon cage is at 6 o’clock. Water resistance is 100 metres. It is a large watch, 45 mm case, reaching 53 mm total width.

Each version is available in a limited edition of 25 units.

Below, the Snyper tourbillon movement: 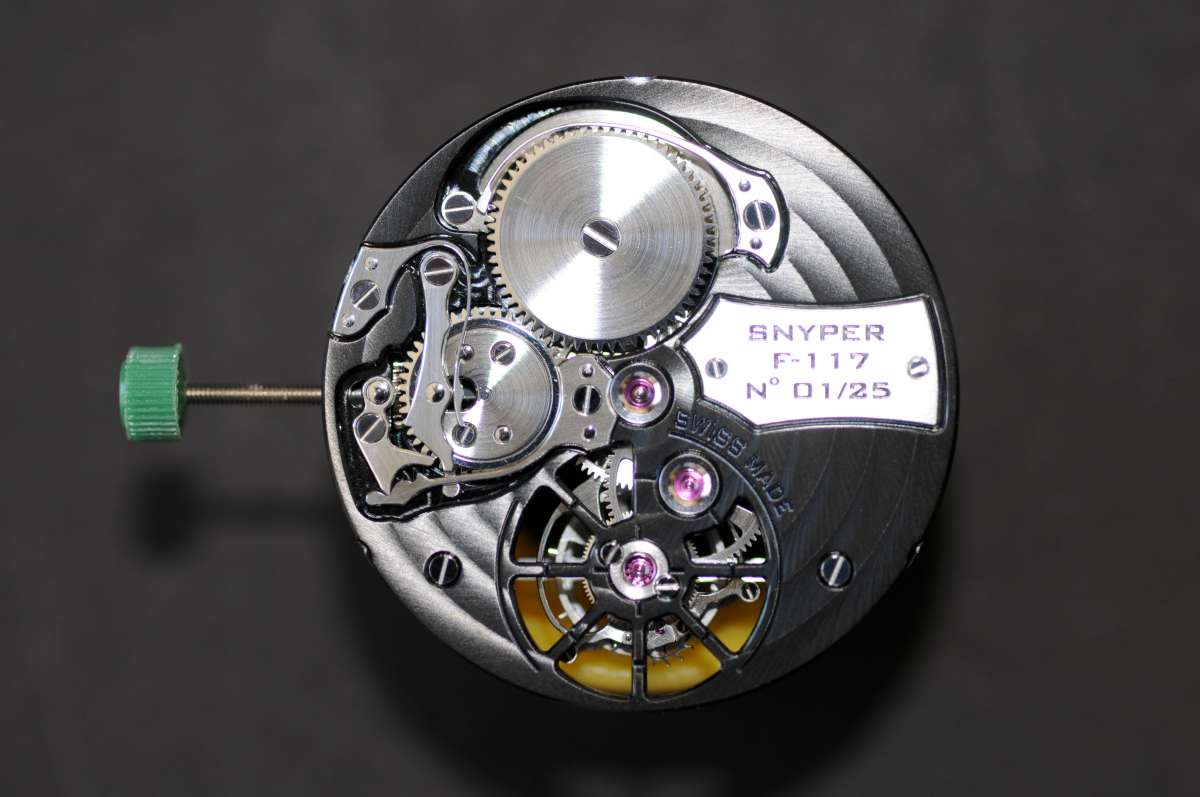 Below, a detail of the tourbillon: 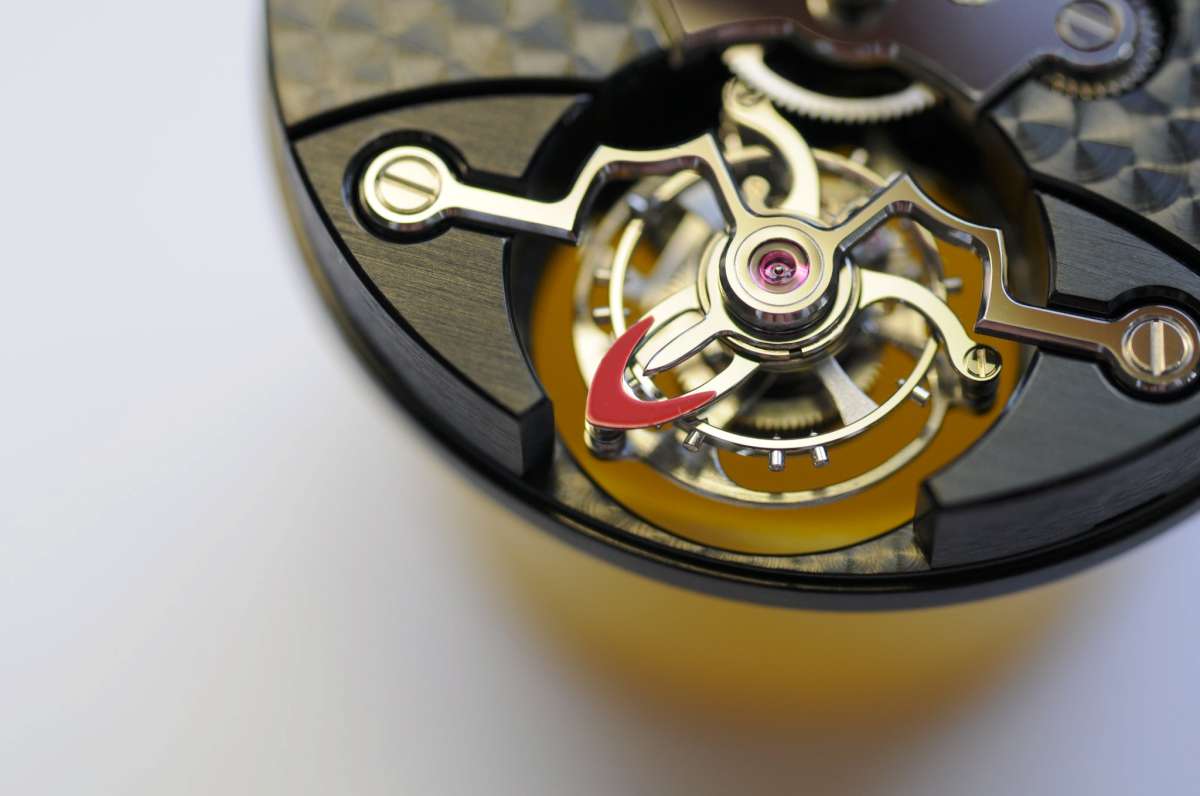 Below, the “action cam” that can be attached to the bars on the left-hand side of the case (shown here with another model): 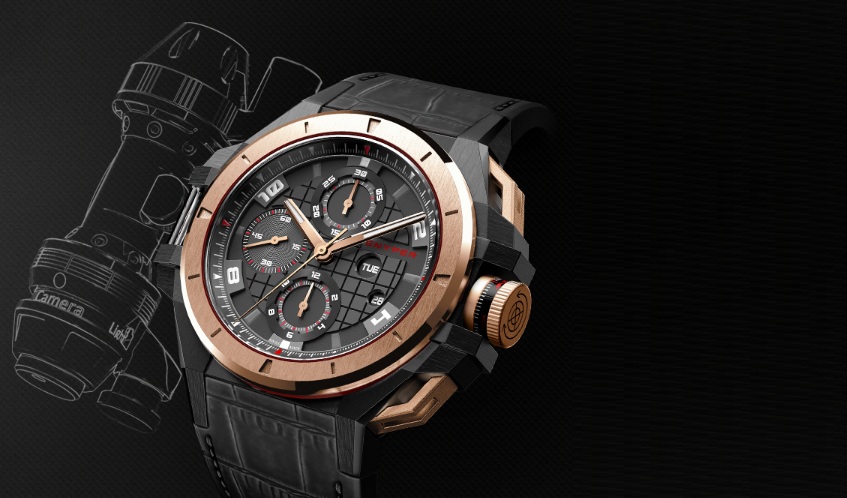