1. Omega was chosen by NASA after a gruelling series of tests. The Omega Speedmaster is the only watch approved by NASA for manned space flights. In the early 1960s, the Omega had already been in space, worn by Wally Schirra on his Mercury flight in October 1962, and NASA were considering a watch for use in the upcoming missions. Two NASA officials bought a series of chronograph watches anonymously in a few Houston jewellery stores and started testing them. The conditions of space and the moon would see rapid excursions of temperature and pressure. And so the two Speedmasters (retail price $82.50 each at that time) and two of each of the other brands selected – Elgin, Benrus, Hamilton, Mido, Piccard, Omega, Bulova, Rolex, Longines-Wittnauer and Gruen – were subjected to a first round of tests based on timekeeping accuracy, interval timing accuracy and durability under normal conditions. (Sources differ on this part of the story. James Ragan, at that time a NASA engineer involved in Apollo hardware testing, says that bids were officially selected from brands, and that Hamilton was disqualified because they had submitted a pocket watch). The three that survived to the final test phase were Longines-Wittnauer, Omega and Rolex. These watches underwent a second series of tests, including use at high temperature (up to 93*C), low temperature (down to -18°C), high relative humidity, use in a pure oxygen atmosphere, acceleration up to 7.5 G, decompression to vacuum, high pressure (1.6 Atm), vibration in all three planes, and acoustic noise (130 dB). The Rolex Daytona stopped running during the relative humidity test, and in the pressure test when the sweep seconds hand warped and locked against the other hands. The Longines-Wittnauer’s watchglass warped and detached during the high pressure and decompression tests. The only chronograph to survive was the Omega Speedmaster, and in 1965 NASA decided that Omega would be the only watch brand approved for manned space flights. They didn’t tell Omega: the brand only learned that the Speedmaster had been used in space after seeing a photo of Ed White wearing the watch during his first spacewalk, part of the Gemini 4 mission in June 1965. 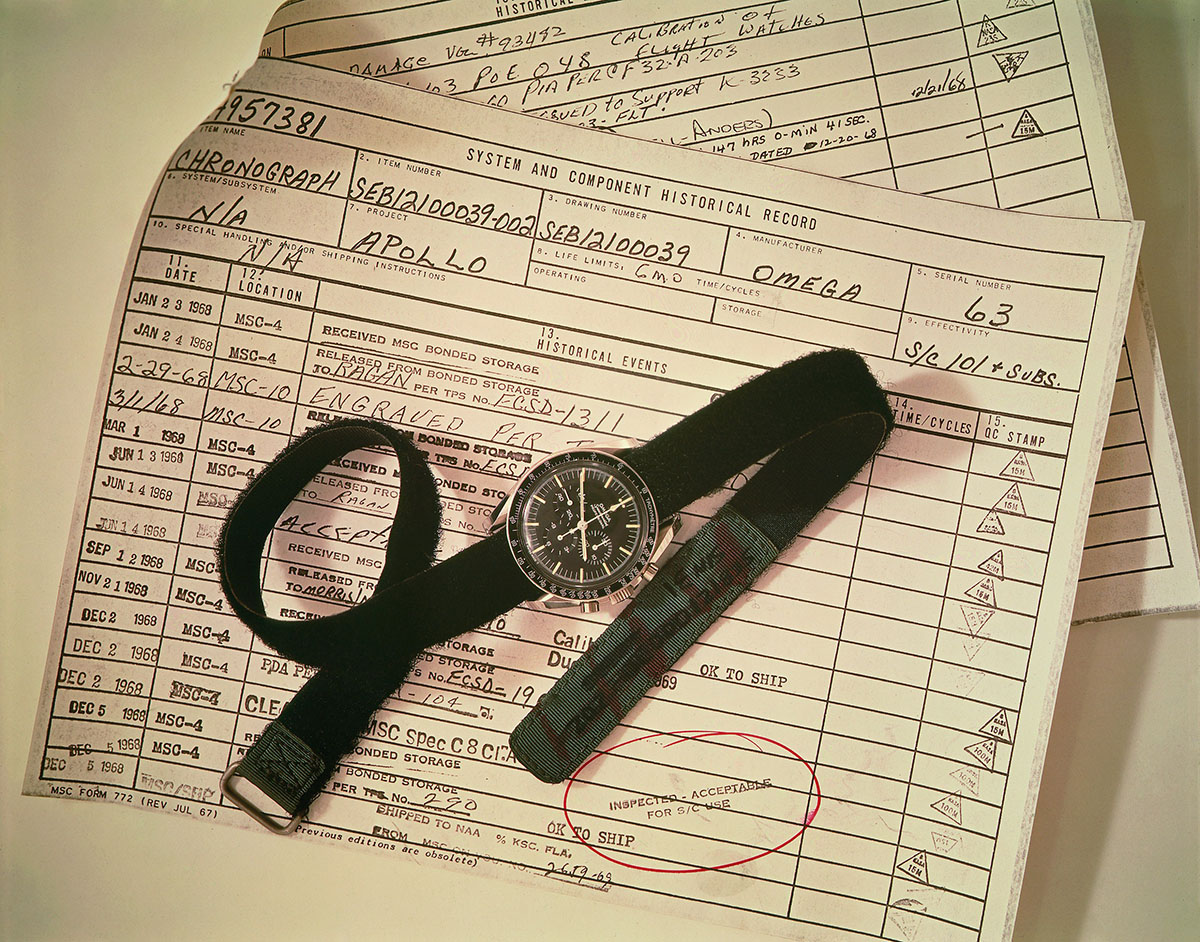 2. Buzz Aldrin was the first person to wear an Omega Speedmaster on the moon. Neil Armstrong, the first person to step on the moon, had left his Omega aboard the Lunar Module as a mechanical backup for one of the spaceship’s electronic timekeeping systems that had malfunctioned. Neil Armstrong said, “Our mission timer was out, and we decided we had better leave one wristwatch inside in case it (the one taken outside) got damaged. We would have at least one working watch to back up the mission timer or to use in place of the mission timer, in case we could not get it going again.” 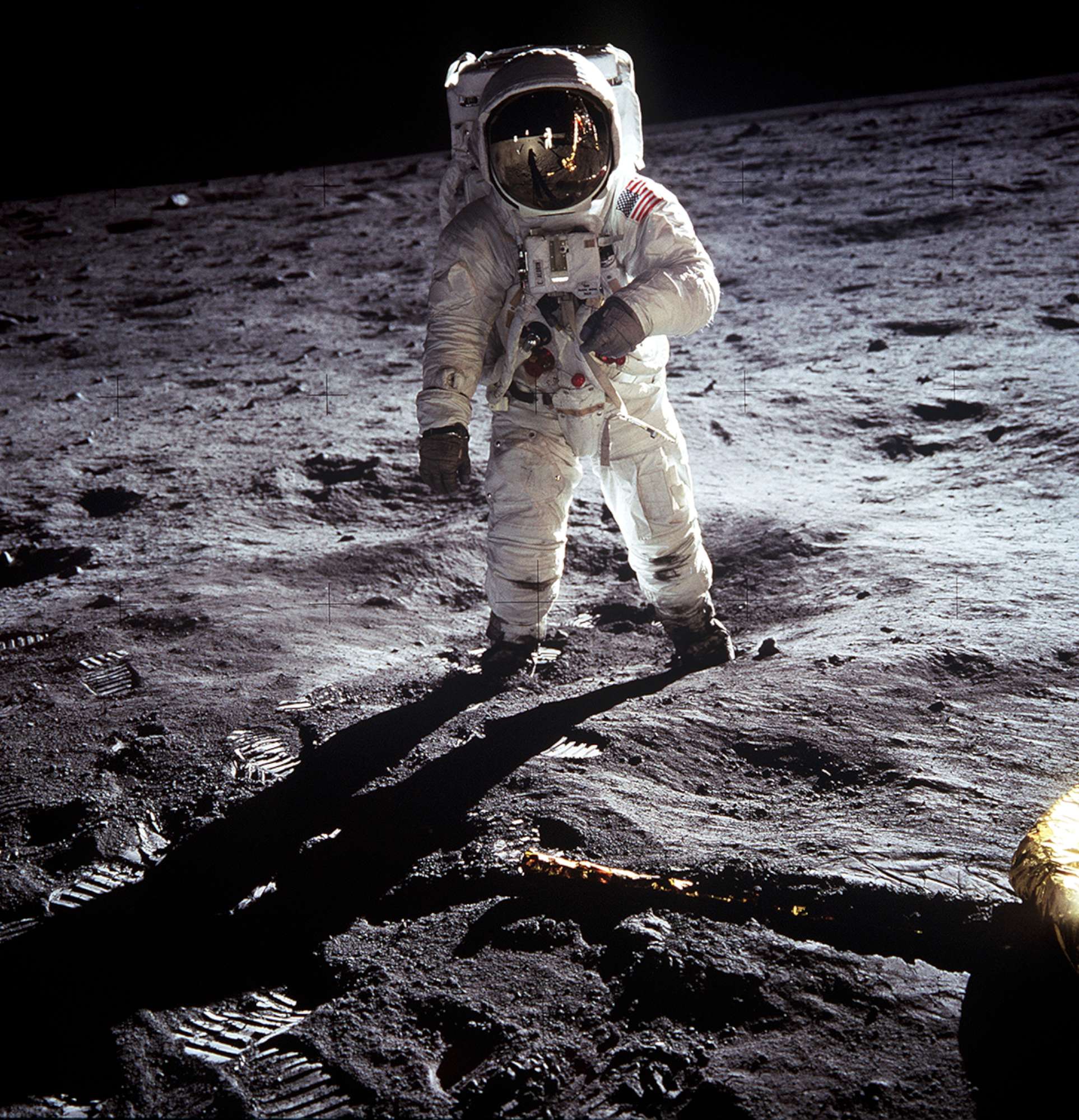 3. Once, even an Omega failed on the moon. During Apollo 15 (1971), astronaut David Scott was wearing an Omega Speedmaster during his second walk on the moon. He wrote, “In the cabin after EVA-2, I noticed that the crystal of my Omega had popped off sometime during the EVA. Therefore, on EVA-3, I used my backup Waltham watch (which was) of a similar type. It worked just fine during the even higher temperatures of EVA-3.” Scott later said that he was mistaken, and declared “It was a Bulova, not a Waltham.”

4. Omega won successive NASA selections in later years. American watchmaking companies – above all Bulova – weren’t happy that a Swiss watch brand had been selected by NASA, and put pressure on the agency to reconsider their products. In 1972, the scheduled Apollo 17 mission was already known to be the last in the series (Nixon had decided to cut the programme down from the planned 20 missions), and so it was Bulova’s last chance to get into space. The August 1972 tests comprised 16 brands: Breitling, Bulova , Elmore, Elgin, Forbes, Girard-Perregaux, Gruen, Hamilton, Heuer, LeJour, Longines, Omega, Rolex, Seiko and Zodiac. The tests once again decreed Omega as the winner: the Bulova watch stopped during the humidity test and the acceleration test. Yet another series of watches were tested in 1978 in view of the upcoming Space Shuttle missions, and once again, Omega was selected. 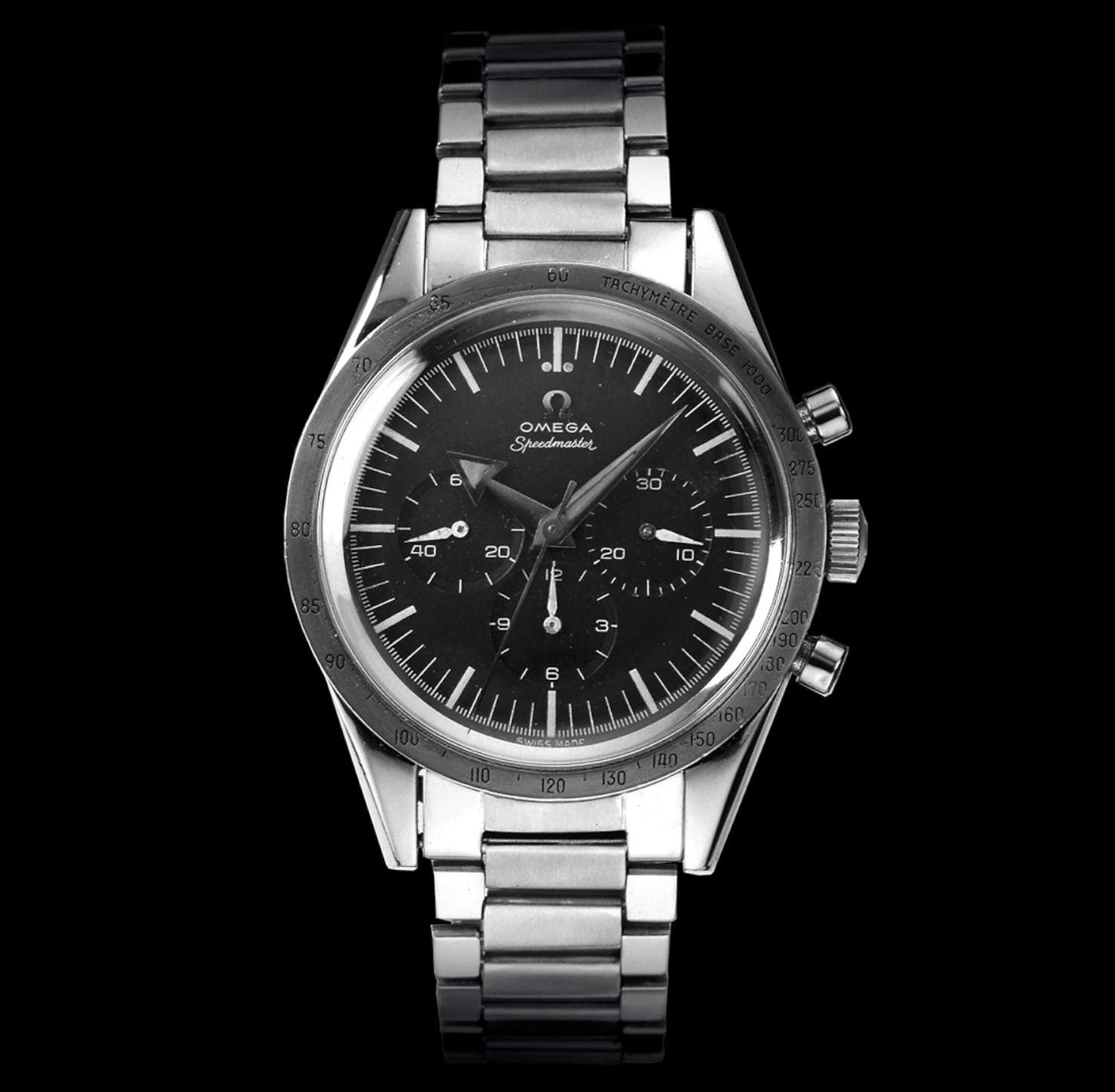 5. The last man on the moon has a Speedmaster that has never been serviced. Eugene Cernan, now an Omega ambassador, still wears his Speedmaster, the one that he took onto the moon in the final Apollo 17 mission in December 1972 (and even before: he already had the watch for Gemini 9A, 1966, and Apollo 10, 1969). He says, “The Speedmaster is the only thing we took the Moon that had no modification whatsoever – it was right off the shelf. What’s interesting about my first one is that it’s beat up, it’s never been cleaned, it’s never been repaired and to this day I can take that watch and wind it and it keeps time as well as the day I got it. And I’ve walked in space with it for two and a half hours and worn it on the Moon for over three days.” Below, Gene Cernan and the Apollo 17 Lunar Rover: 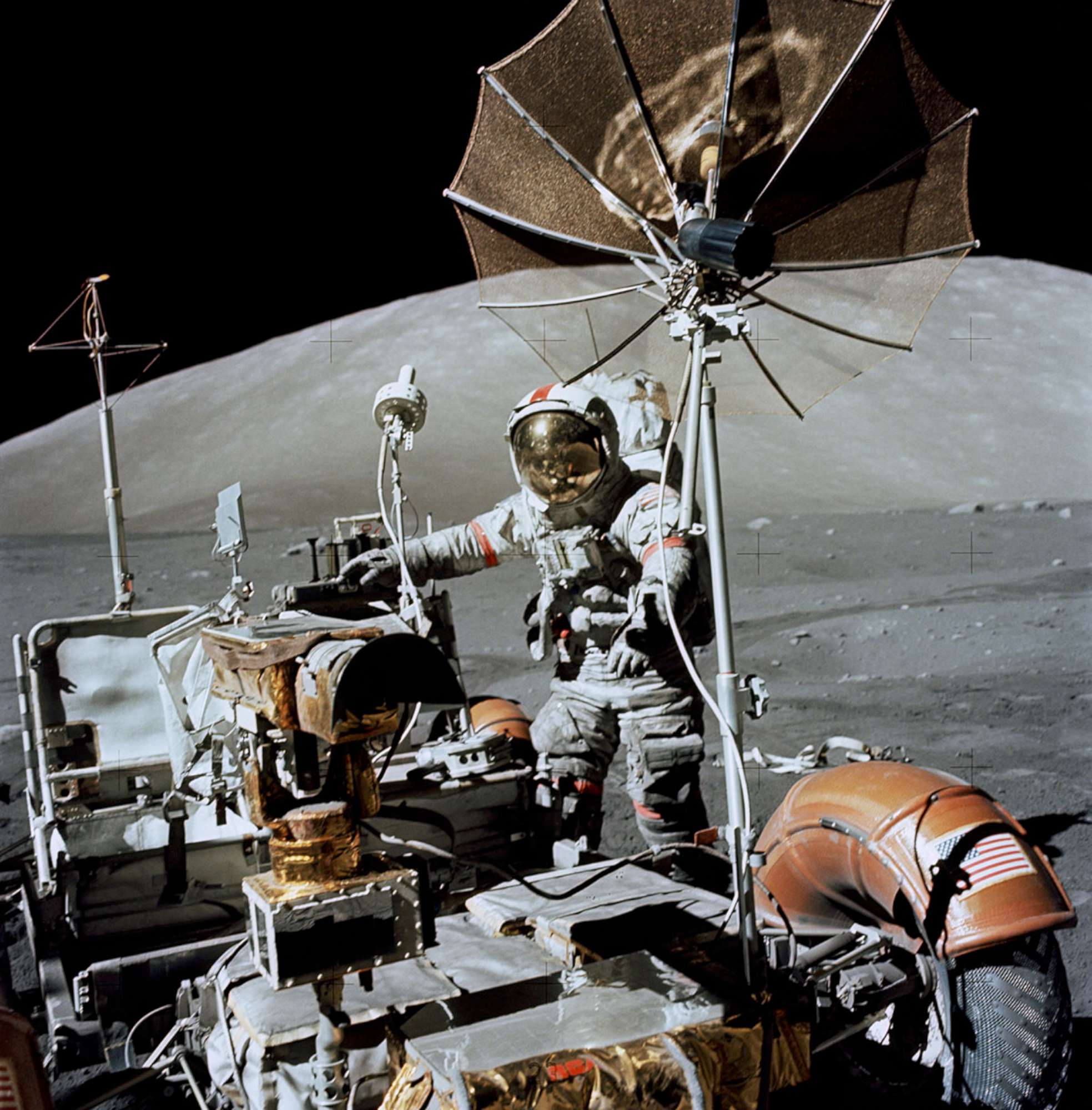 6. Omega was used by Russian cosmonauts. In actual fact, Russia initially wanted home-grown technology for their space watches, and created a state-owned industry, the “1st Moscow Watch Factory,” and created a chronograph branded Sekonda but commonly known as the “Strela” (Russian for arrow) reference 3017. It became standard issue for Russian air force pilots and then cosmonauts. They were used at least up until the late 1970s, when, with improved Soviet-American relations and the joint Apollo-Soyuz test project, all astronauts and cosmonauts wore Omega Speedmaster Professional chronographs. (Below, the Strela, image courtesy of www.strela-watch.de, image source unknown):

7. No-one really wanted the co-axial escapement used in modern Speedmaster watches. The co-axial escapement, now a feature of the Omega Speedmaster and many other Omega watches, was invented by British watchmaker George Daniels in 1974. He patented it in 1980, and tried to find a watch brand that would be interested in using the new movement – the first new escapement to have been invented after 250 years of the lever escapement – in commercial watches. No-one wanted it, considering this new mechanism too delicate and too complex to manufacture on a miniaturized scale. It was only in the mid 1990s that Nicolas G. Hayek, founder of the Swatch group, realized that the co-axial escapement would be a good unique selling point for Omega, and acquired the technology. The three-level co-axial wheel eliminates a lot of the sliding friction that occurs between the wheel tooth and the pallets in the conventional lever escapement, because the transfer of energy occurs using lateral impulses, and so friction is radial, and lower. The escapement was launched in 1999. Below, the Speedmaster ’57, with Co-Axial movement, named after the year of introduction of the first Speedmaster: 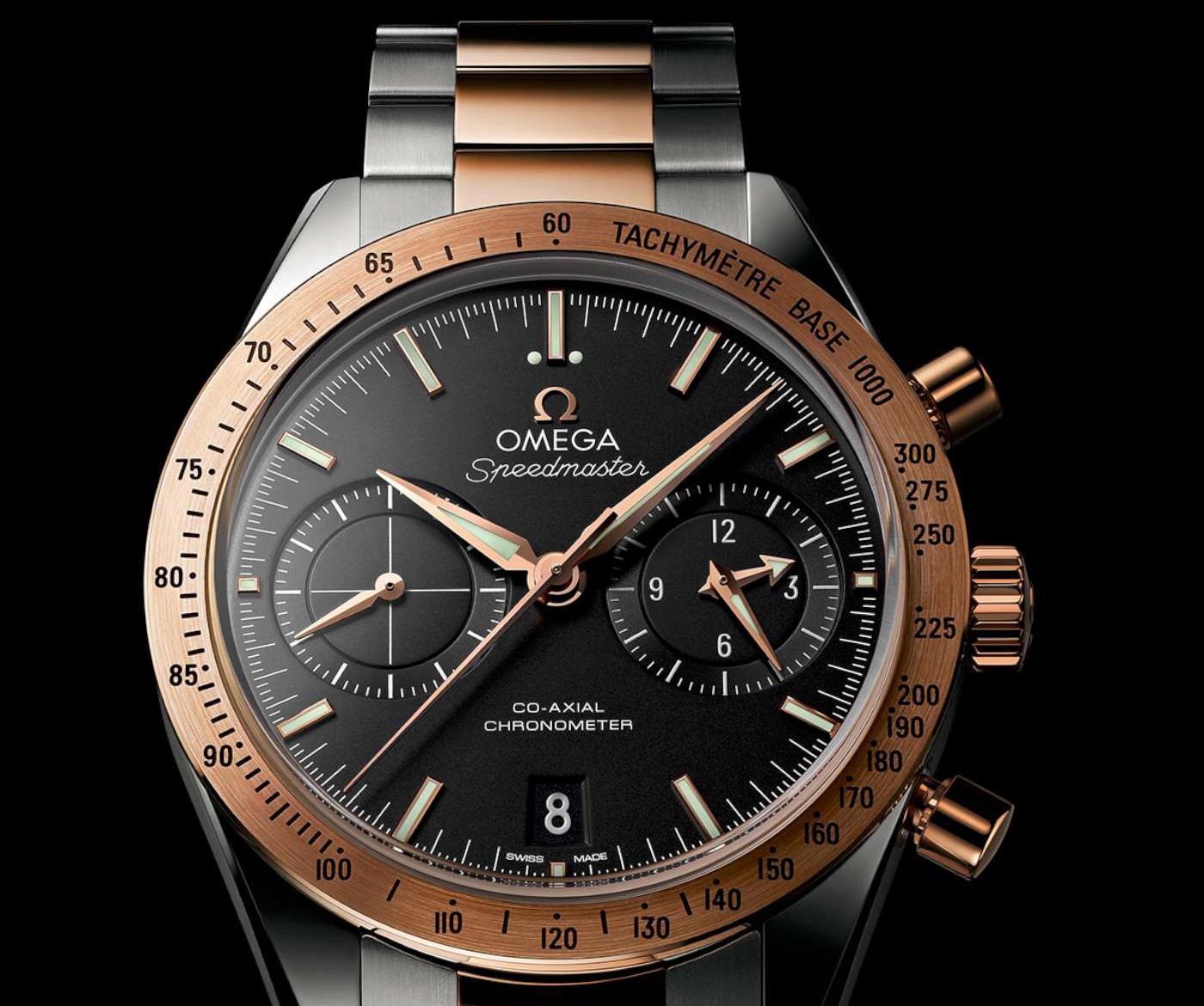 9. The Speedmaster provided a demonstration of why a mechanical watch is still relevant in today’s world. During Apollo 13, the Service Module was badly damaged by an explosion in the oxygen system that took place on 14 April 1970, and the three astronauts, in their struggle to get back to earth, at one stage had to switch on the Lunar Module’s engines for 14 seconds. It’s a famous scene in part because it appears in the film Apollo 13 starring Tom Hanks. Because all the electrical systems had been turned off to save power, astronaut Jack Swigert used his Omega Speedmaster to time the course correction burn, while Jim Lovell and Fred Haise struggled to keep the craft on course. At that time, a watch was generally mechanical anyway, because quartz technology was just beginning, but in any case this was an occasion in which a mechanical watch functioned perfectly and helped save the lives of the three astronauts. While Omega uses its involvement in space intensively in its marketing, the brand never makes specific reference to this incident. Below, the Speedmaster reference 145.012, photo courtesy of Wikipedia: 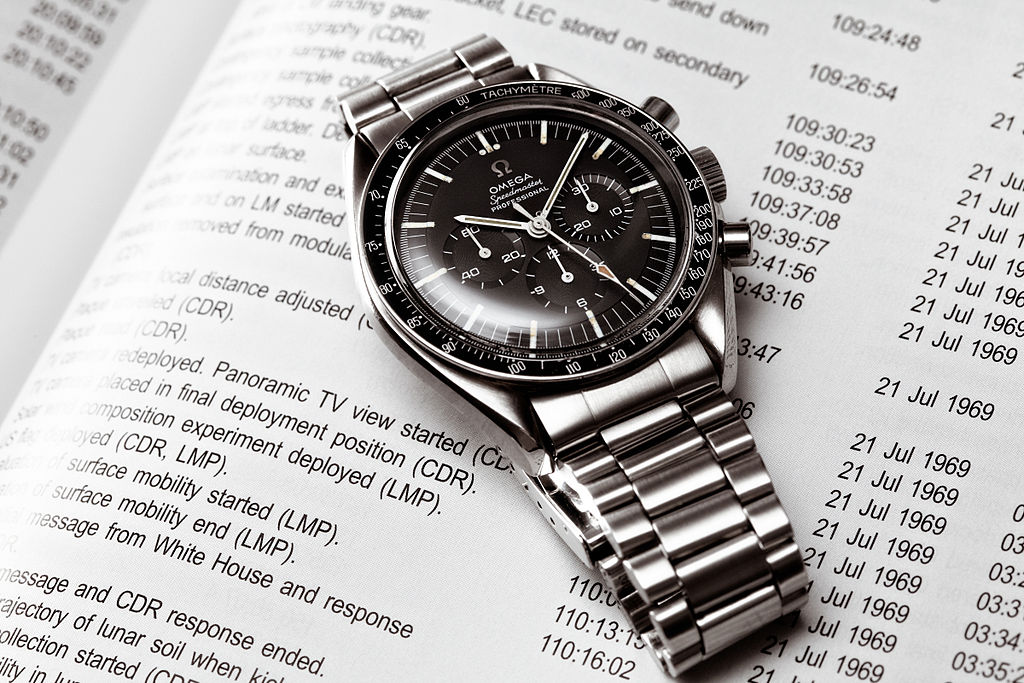 10. The Speedmaster was named for its tachymeter. The Omega Speedmaster was introduced in 1957, only a few years before its selection by NASA, and at that time, the tachymeter scale on the bezel, which enabled speed to be read off by timing a fixed distance, was something new, and so Omega simply created a variant on their existing brands Seamaster and Railmaster. Below, the Omega Speedmaster reference ST 145.012: 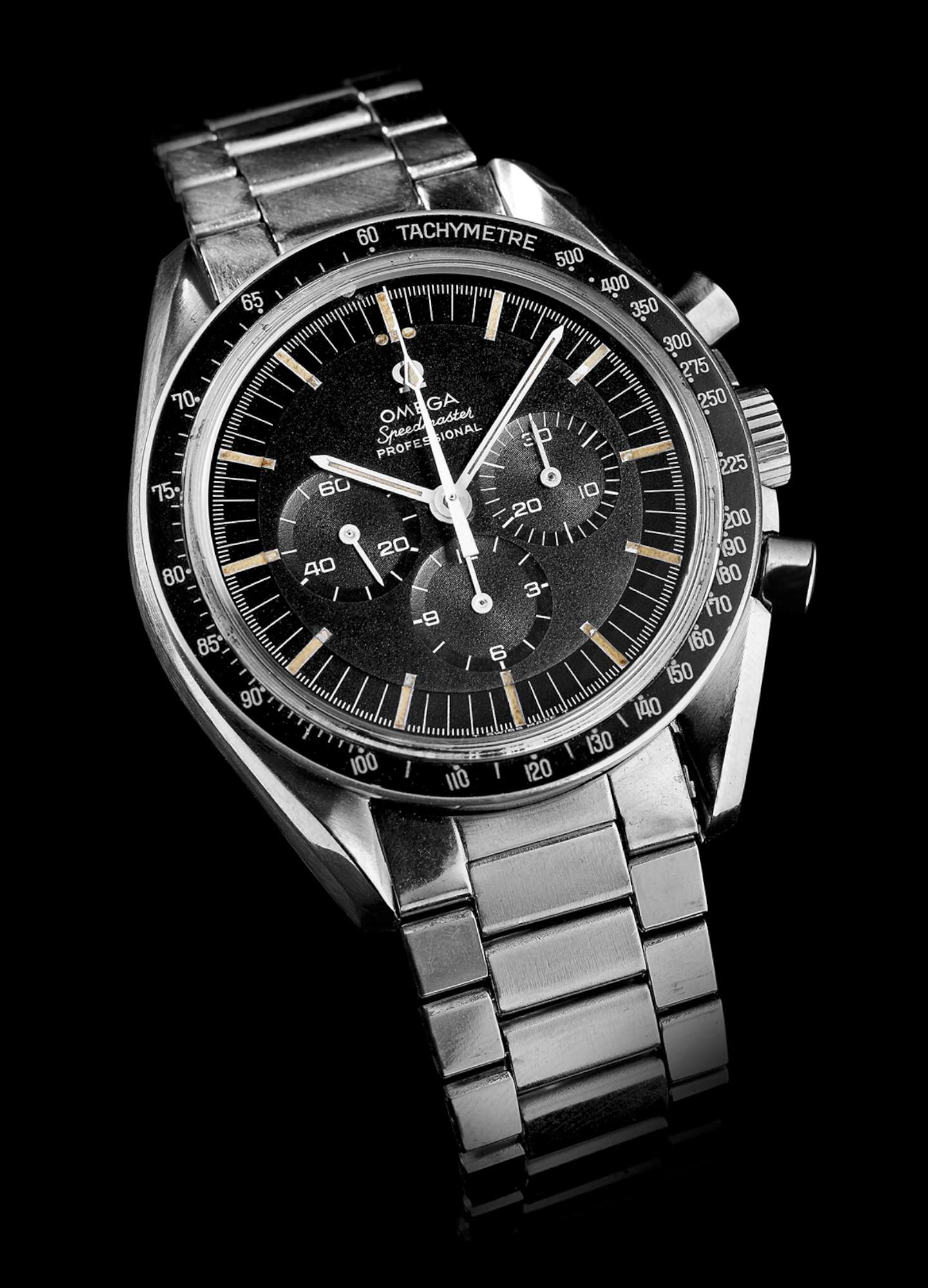