Not so much something we want to see at the upcoming watch show SIHH in January, but something we want to hear. This Audemars Piguet Royal Oak Concept Acoustic Research watch – whose name has now been confirmed as the Royal Oak Concept RD#1 –  took eight years of development and three patents pending, and just a single prototype will be displayed. It is a minute repeater, with exceptional sound quality developed by acoustic studies in cooperation with the Federal Polytechnic School of Lausanne. According to Audemars Piguet, it reaches a level of sound hitherto unheard in a watch, by using the principles of stringed musical instruments. The team included a craftsman of stringed instruments, a scholar of sound perception, and an acoustics engineer, alongside the Audemars Piguet design team. The problem is familiar in repeater watches: the watch has to be water-resistant, so how do you get the sound out?

The watch is a manually-wound chronograph with a tourbillon regulator, visible at six o’clock. The movement provides a 48 hour power reserve. The 44 mm case, the bezel and pushers are in titanium. The chronograph has an original 30-minute counter at 3 o’clock, with central chronograph seconds hand. Black rubber bracelet. 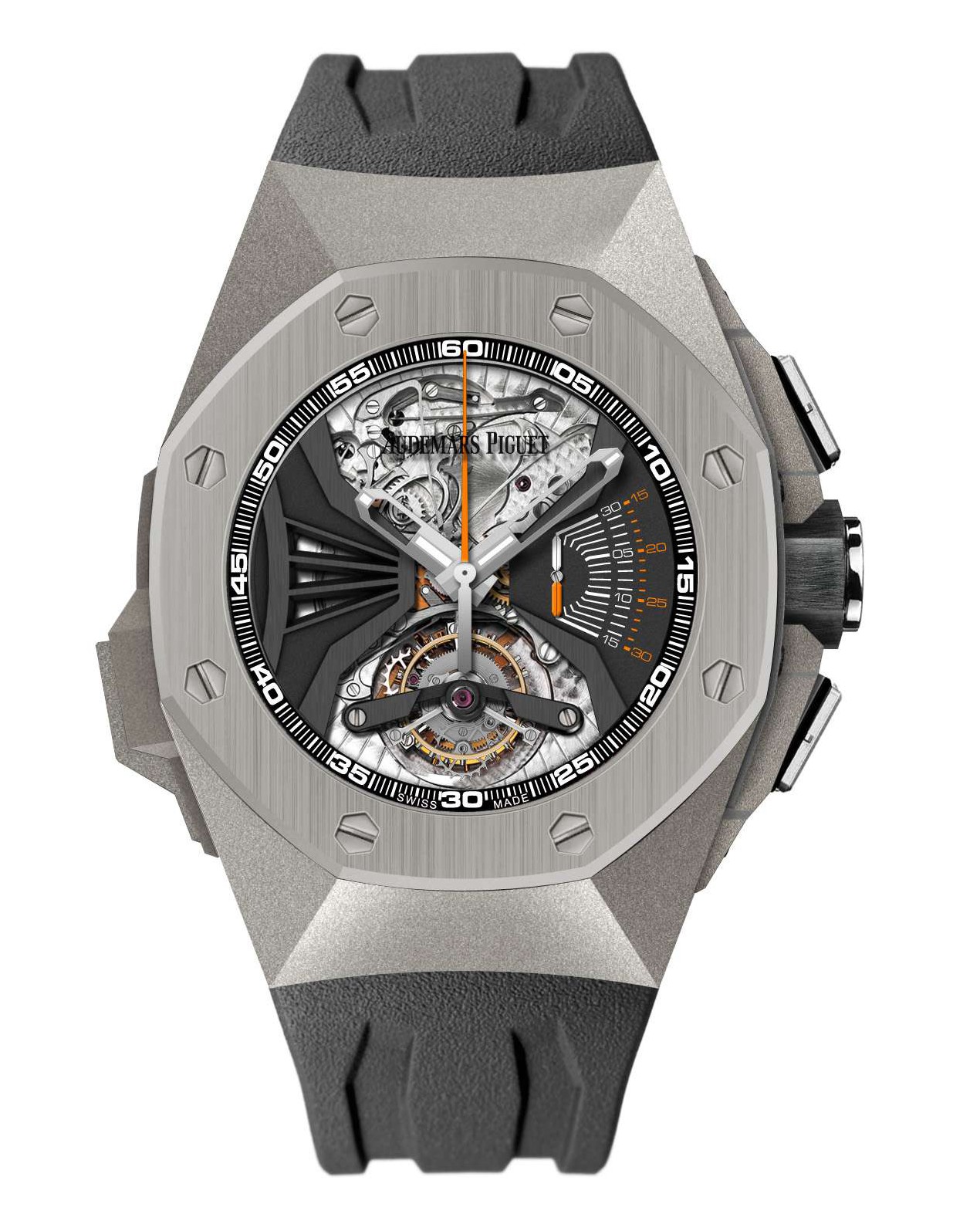 Below, top part of the dial with movement details:

Below, the chronograph functions are shown with yellow hands, chronograph seconds at the centre, chronograph minutes counter at right. As in many chronograph watches, as it’s a 30-minute counter, the first white numeral is 30, even though the counter begins here. So it could equally be 00. It’s a single hand pivoted at the centre, so that after the white hand has reached the bottom, the orange hand starts on the other scale. The tourbillon is at 6 o’clock. 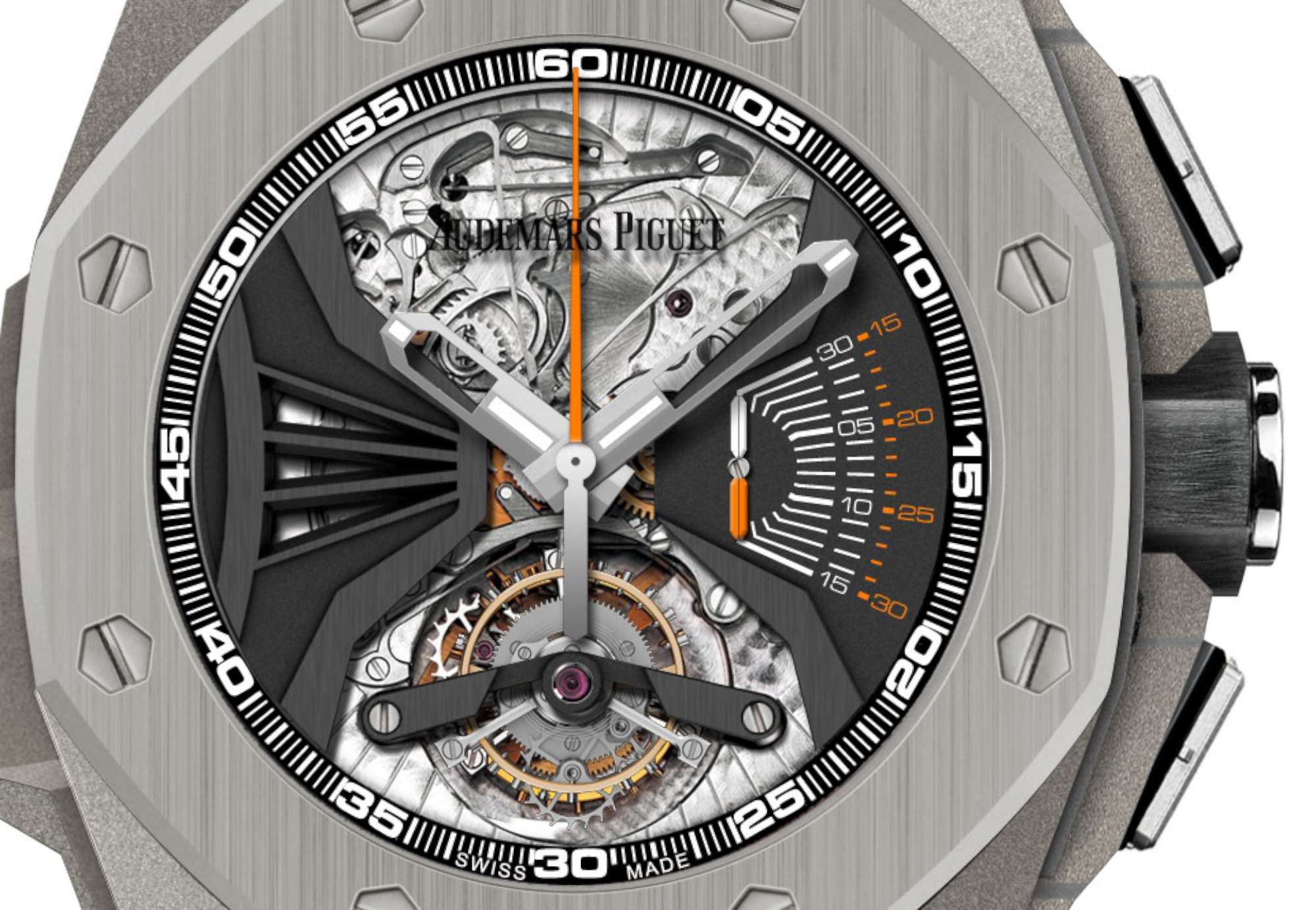