Asteroids are about 4.6 billion years old, and so incorporating a piece of asteroid (or meteorite) into an object designed to measure time is an interesting contrast. They date back to the formation of the solar system, and only very rarely reach the earth, because most burn in the atmosphere during their descent. Though many meteorites are found in Antarctica, they cannot be used for commercial purposes because the continent is for scientific research only. The meteorite used for this new piece by Jaeger-LeCoultre comes from Sweden. Meteorites therefore add to the rarity value of a piece.

The rock is cut into thin slices which become the dial, and so each watch is slightly different, though all feature the characteristic macro-crystalline appearance of the meteorite rock. Inside, the 39 mm case contains the Jaeger-LeCoultre Calibre 866, automatic, with 43 hours power reserve. The watch is a new version of the Master Calendar presented in 2013 which was in turn based on a 1945 model. Its functions are day and month in two windows just above the centre, moon phase and small seconds on a subdial at 6 o’clock, and date indicated by a blued crescent on a centre hand. It is available in steel and pink gold versions. Its complete name is the Jaeger-LeCoultre Master Calendar Meteorite Dial. 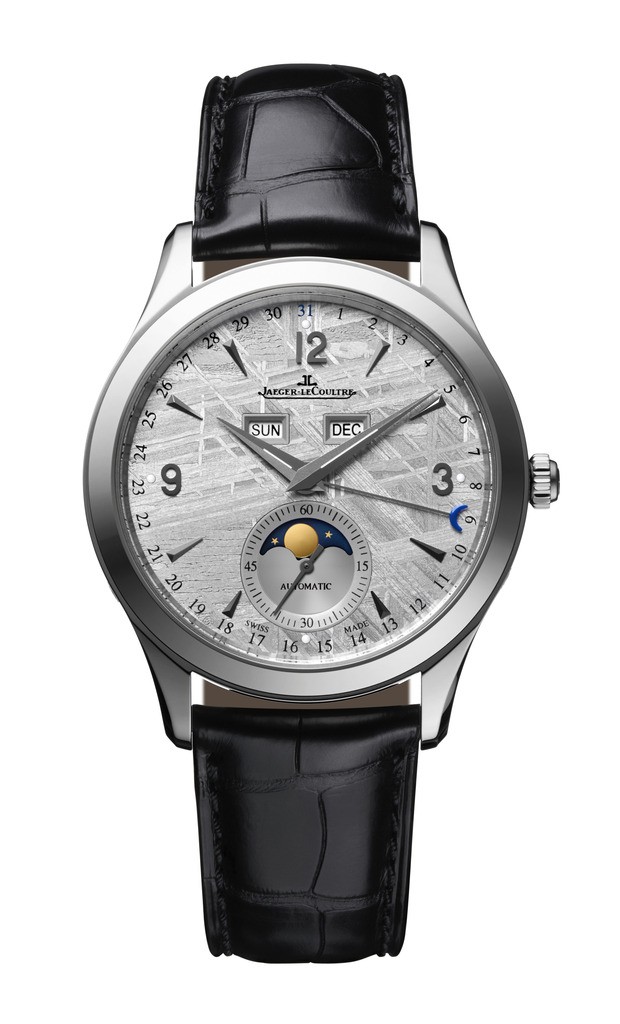 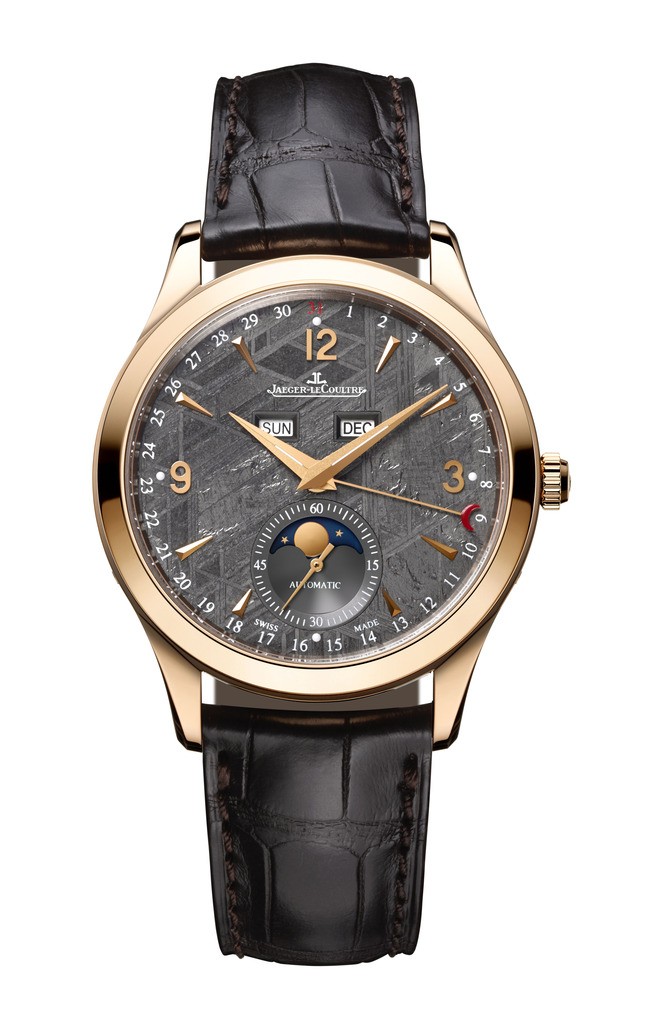 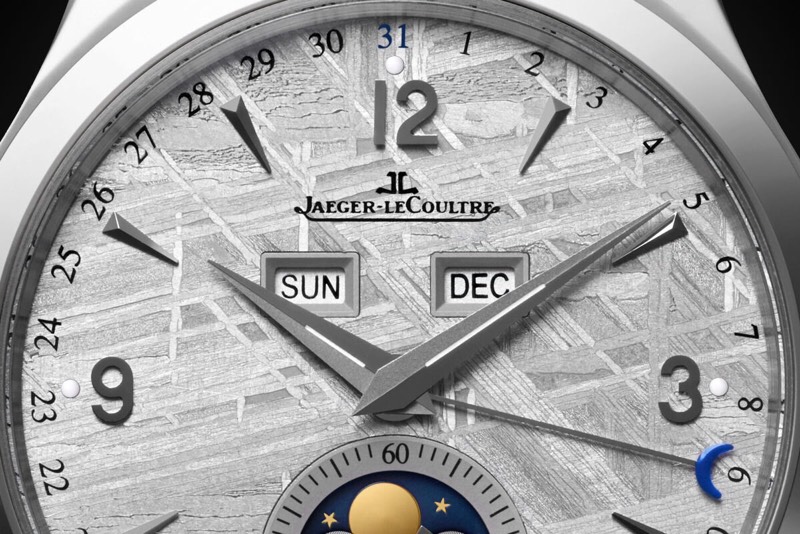 Below, the two versions of the watch, in pink gold and steel: 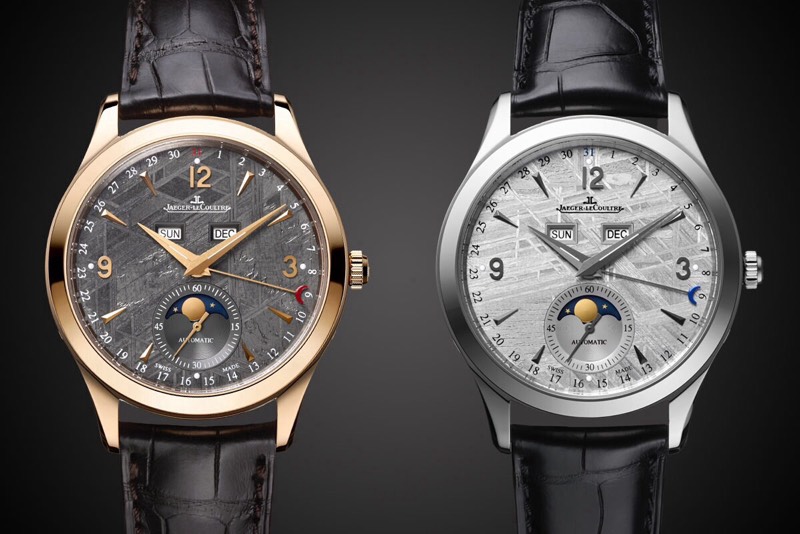