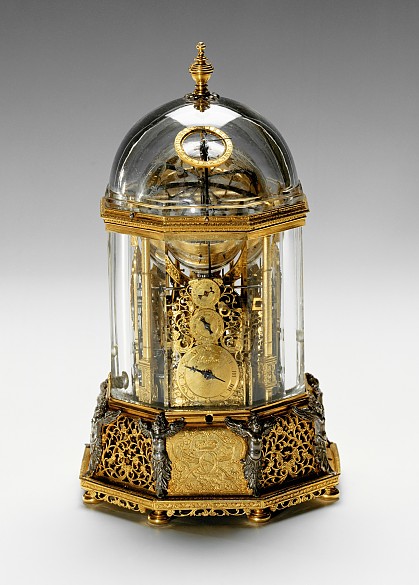 In the vast range of watches, one of the things that you can choose is how many hands it has. From the serene simplicity of just a single hand to the complications with ten or more, here is a quick journey with a selection of watches in order of number of hands. This also reflects the history of clocks and watches, which began with no hands – the oldest clock still in operation today, dating to 1386 and in Salisbury Cathedral, tells the time using a bell – and then gradually acquired more and more. The earliest clocks with a hand were made in imitation of a horizontal sundial, a post stuck in the ground, which in the northern hemisphere casts a shadow that moves in a clockwise direction, from west to north to east. This is also why 12 o’clock is now always at the top of the dial. The hour hand dates to the late 1300s (there is a clock with just an hour hand in the church of St John the Evangelist, Groombridge, Kent) while the minute hand only arrived two hundred years later, when the invention of the pendulum and anchor escapement made the clock accurate enough to justify it. The first watch with a second hand was possibly the Wiener Kristalluhr dating to about 1622 (photo at left courtesy of the Kunsthistorisches Museum Wien)

No hands
X-Trem-1 by Christophe Claret

In the X-Trem-1 watch by Christophe Claret, there are no hands, just two transparent tubes on the two sides of the watch. A metal ball in each tube is moved by a magnet, in turn moved by a strong, very thin cable, 0.04 mm in thickness, thinner than a human hair. The watch is powered by a flying tourbillon movement. 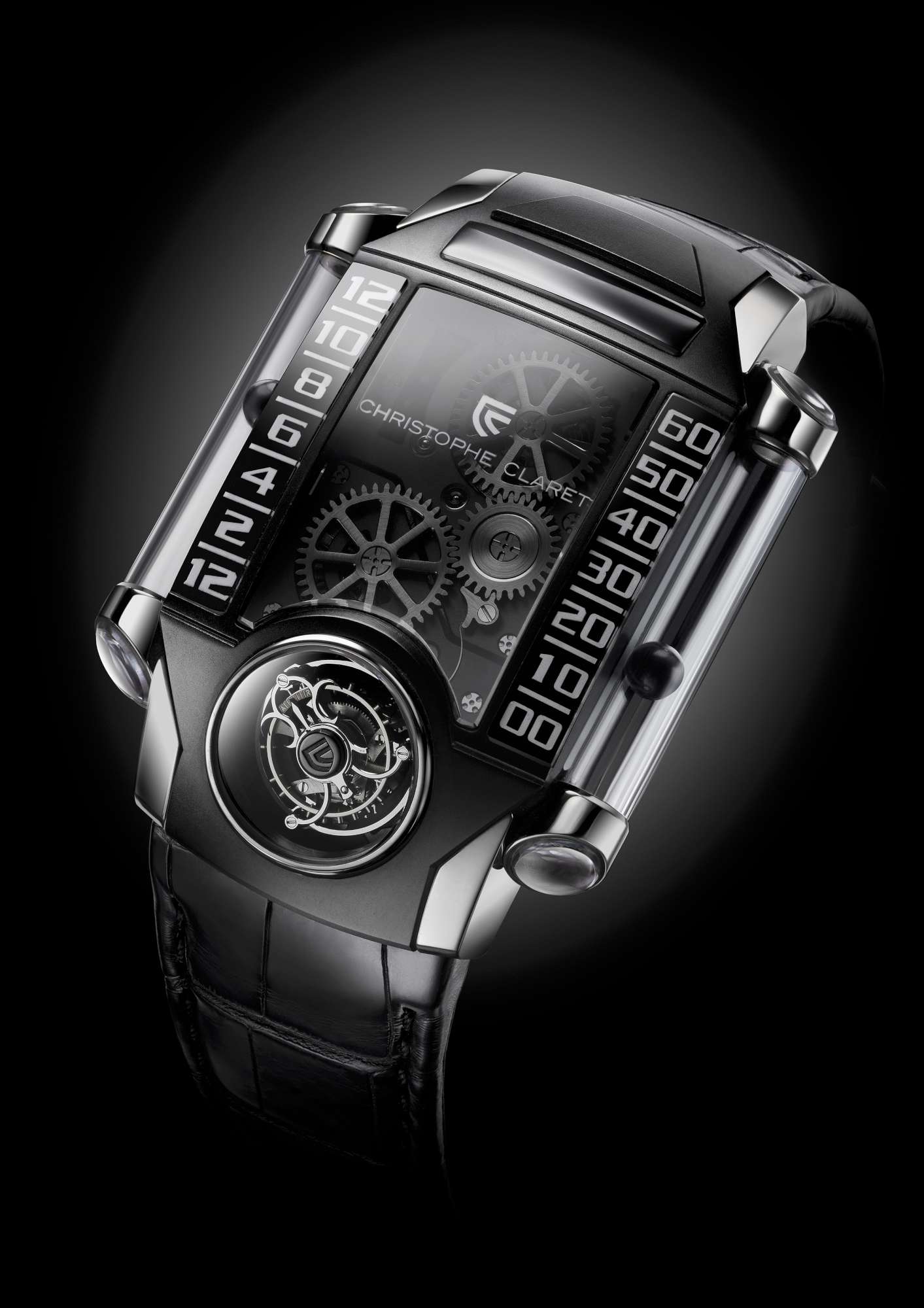 One hand
Velsheda by Speake-Marin

This watch has a distinctly marine flavour, with the single blued hour hand looking like a compass needle. The name Velsheda comes from a British J-class yacht built in the 1930s and still racing today, and the Piccadilly case is based on early marine chronometers. The watch is given additional visual interest by the two superimposed Speake-Marin logos at the centre of the dial, which rotate continuously at different speeds. The watch is 42 mm in diameter, with an automatic movement in which two barrels provide a 120-hour power reserve. Price about €6,550. 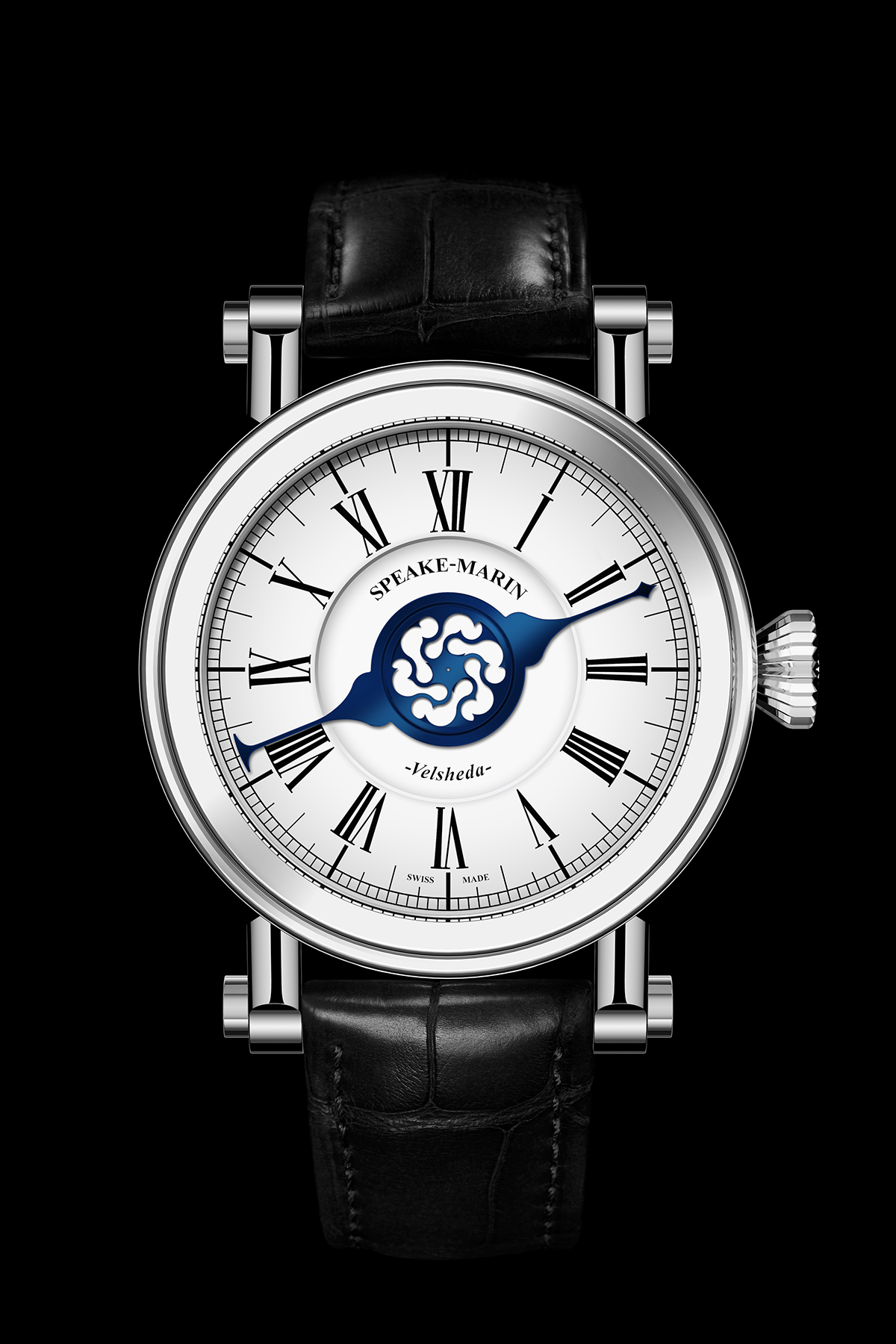 This women’s watch by Patek Philippe was introduced in gold in 2012 and next year in this version in white gold and diamonds, with case 29.6 mm wide and 38.9 mm high. The Calibre 25-21 REC movement is manually wound. 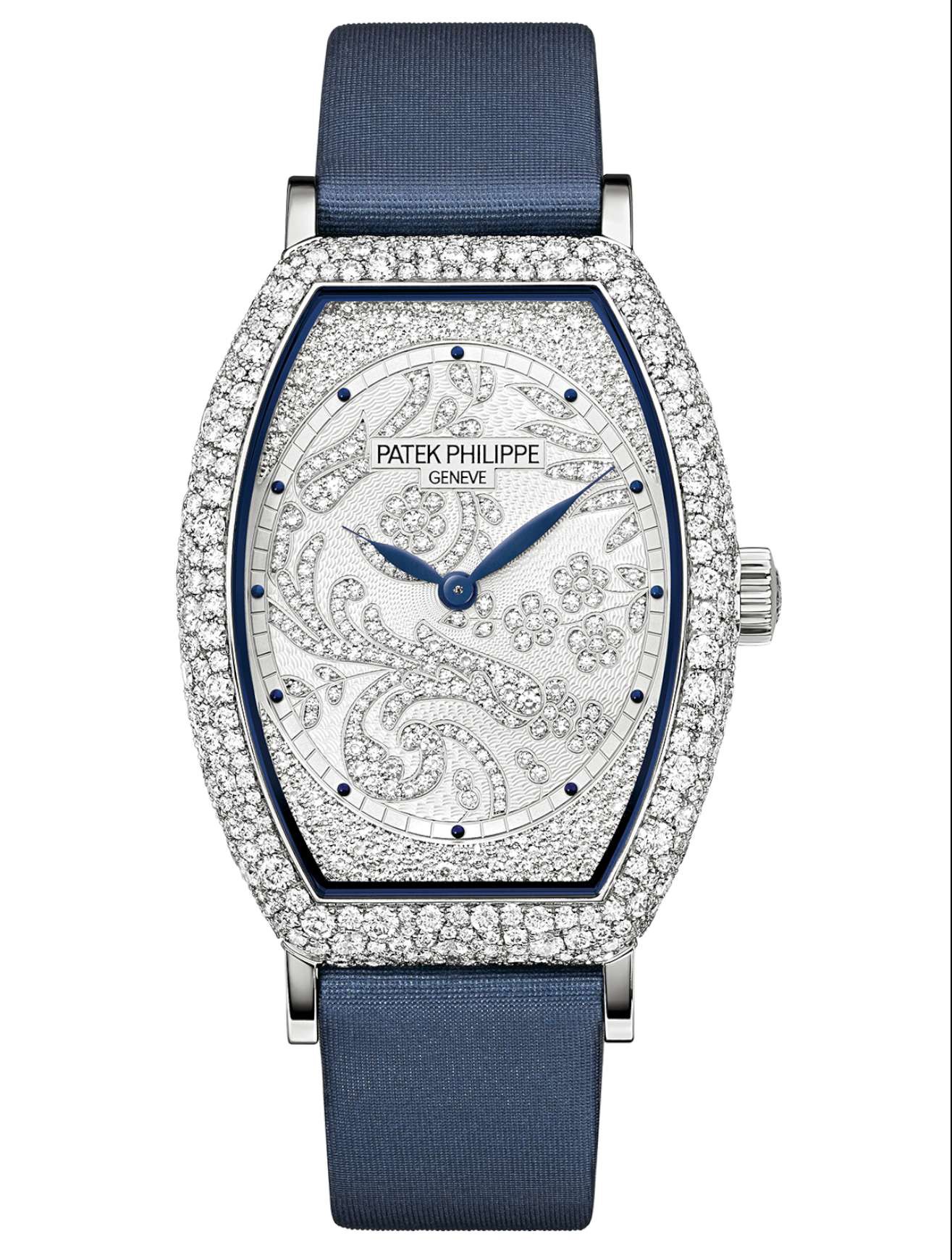 Another women’s watch, from the Classique collection by Breguet, in a 33.5 mm white gold case with bezel and lugs set with diamonds. The three hands are powered by the automatic Breguet movement, Calibre 591A, with a 38-hour power reserve. 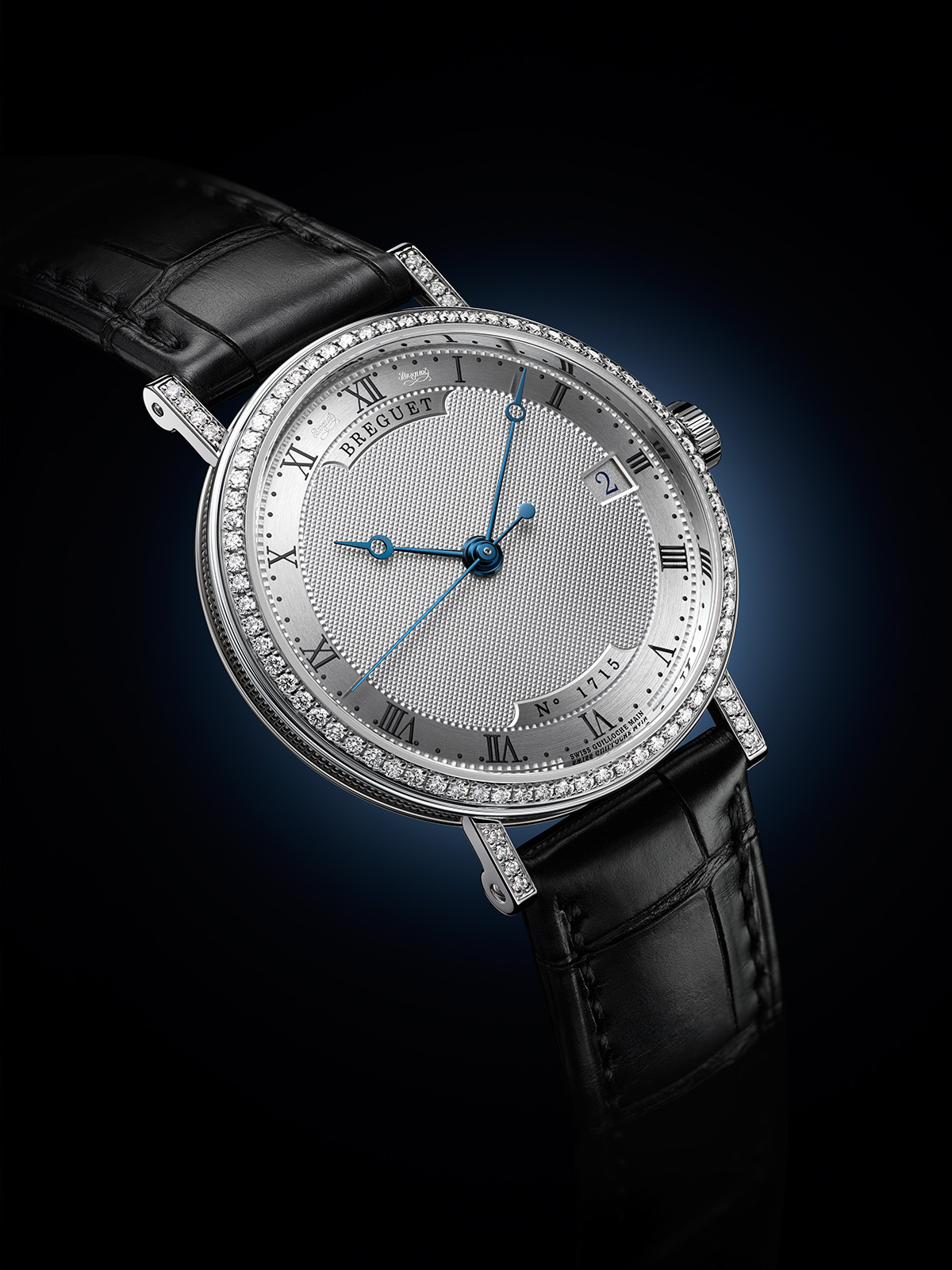 In this case, the fourth hand is for an extra time zone, indicated on a 24-hour scale on the bezel, which can be rotated as desired to one of the 24 possible positions. The watch has a 40-mm steel case waterproof to 100 m, with the Rolex 3186 automatic movement. The hand for the second time zone can be adjusted independently of the hour hand. 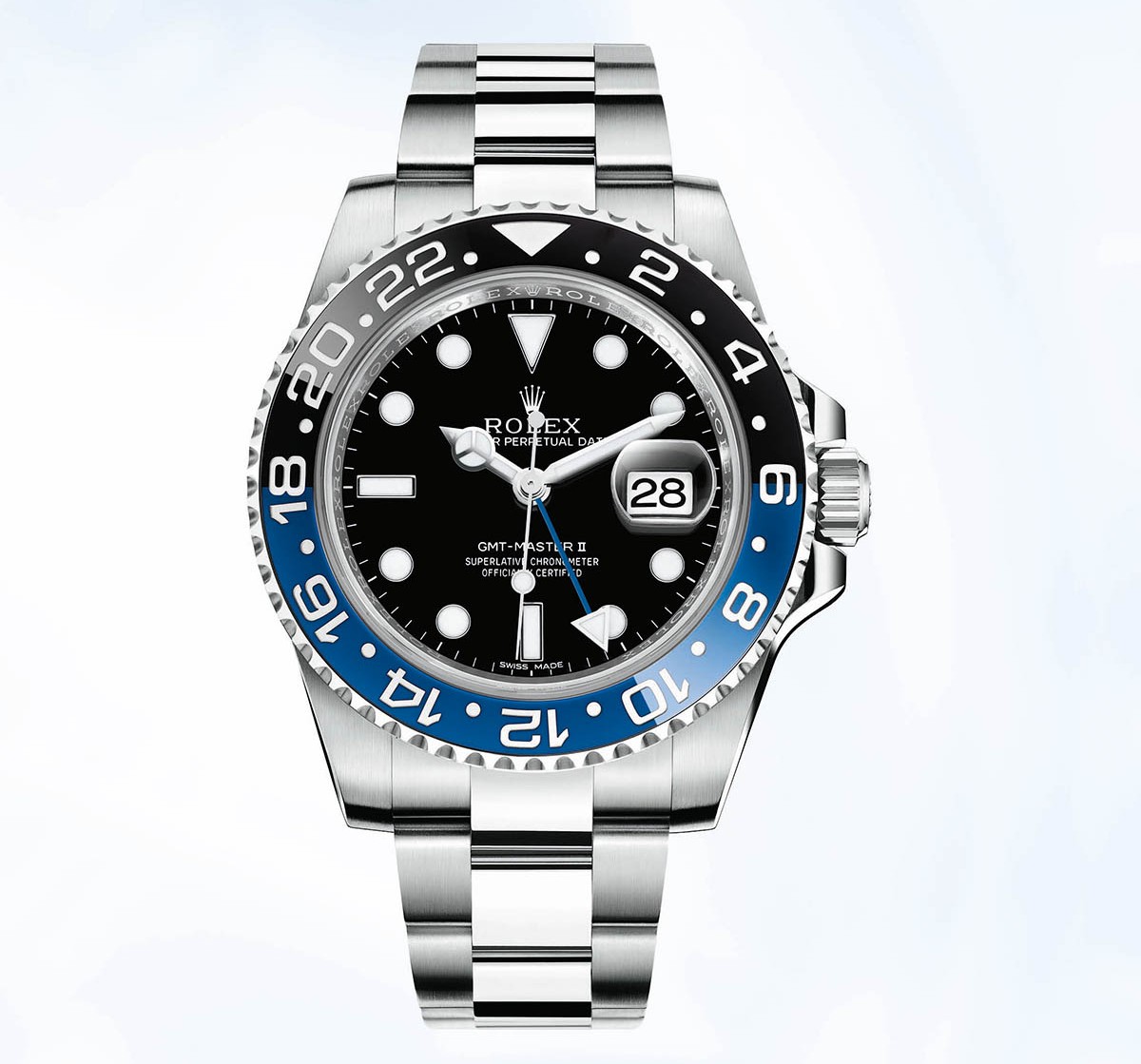 This classic chronograph has a subdial for continuous seconds at 9 o’clock, chronograph minutes at 3 o’clock, and the usual three hands at the centre, chronograph seconds, hours and minutes. This watch, reference L2.776.4.21.3, is 40mm in diameter, the steel case containing the L788 calibre by ETA. It is based on the first Longines chronograph watch developed in 1913. The single pusher on the crown controls the start, stop and reset functions of the chronograph mechanism. The movement can be seen through the transparent caseback. It is automatic, with a 54-hour power reserve. 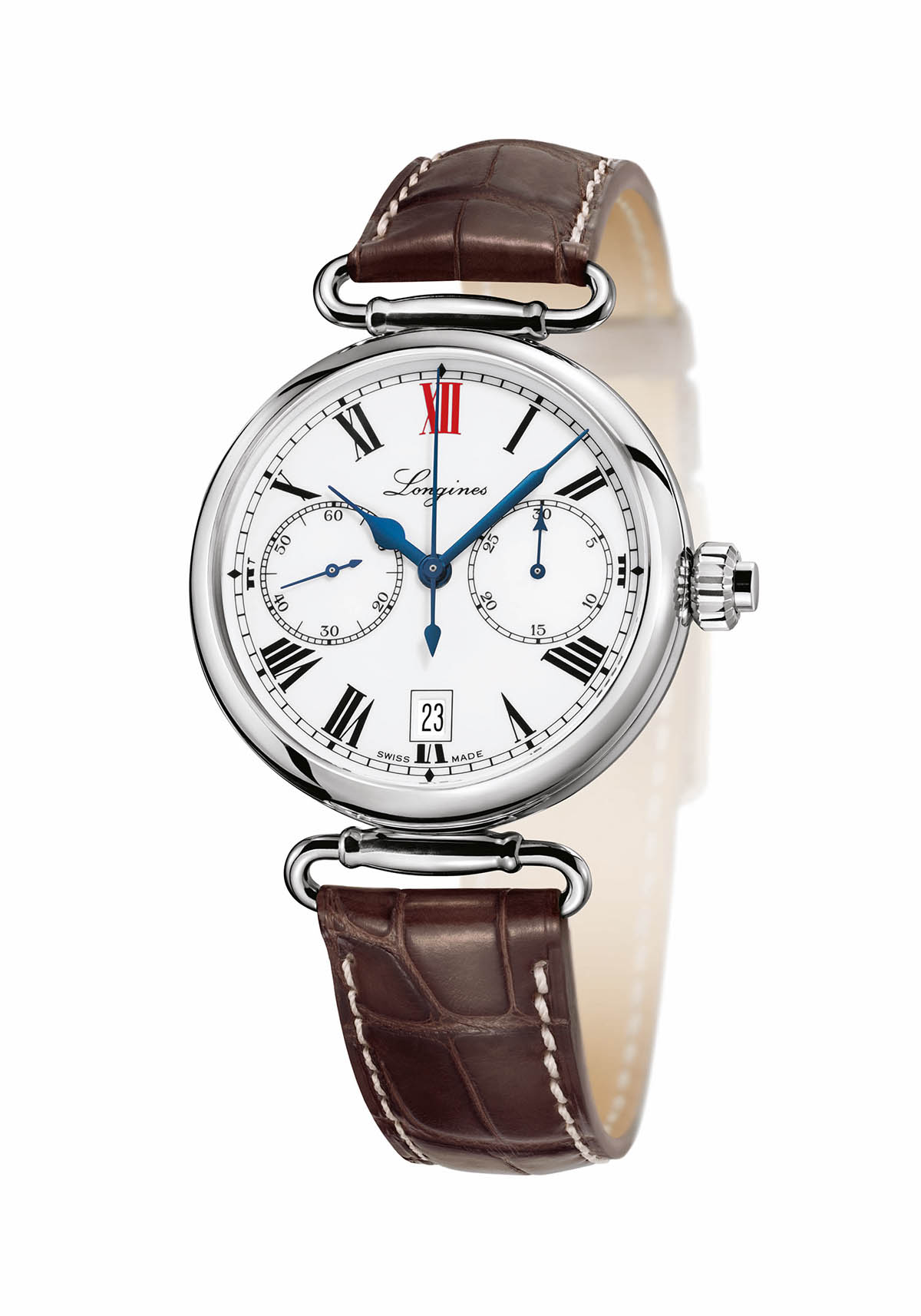 The chronograph with three subdials is a classic arrangement, as in the IWC Portofino 3910, in this version with steel 42-mm case, steel Milanaise strap, and automatic 75320 calibre movement with 44 hours power reserve. 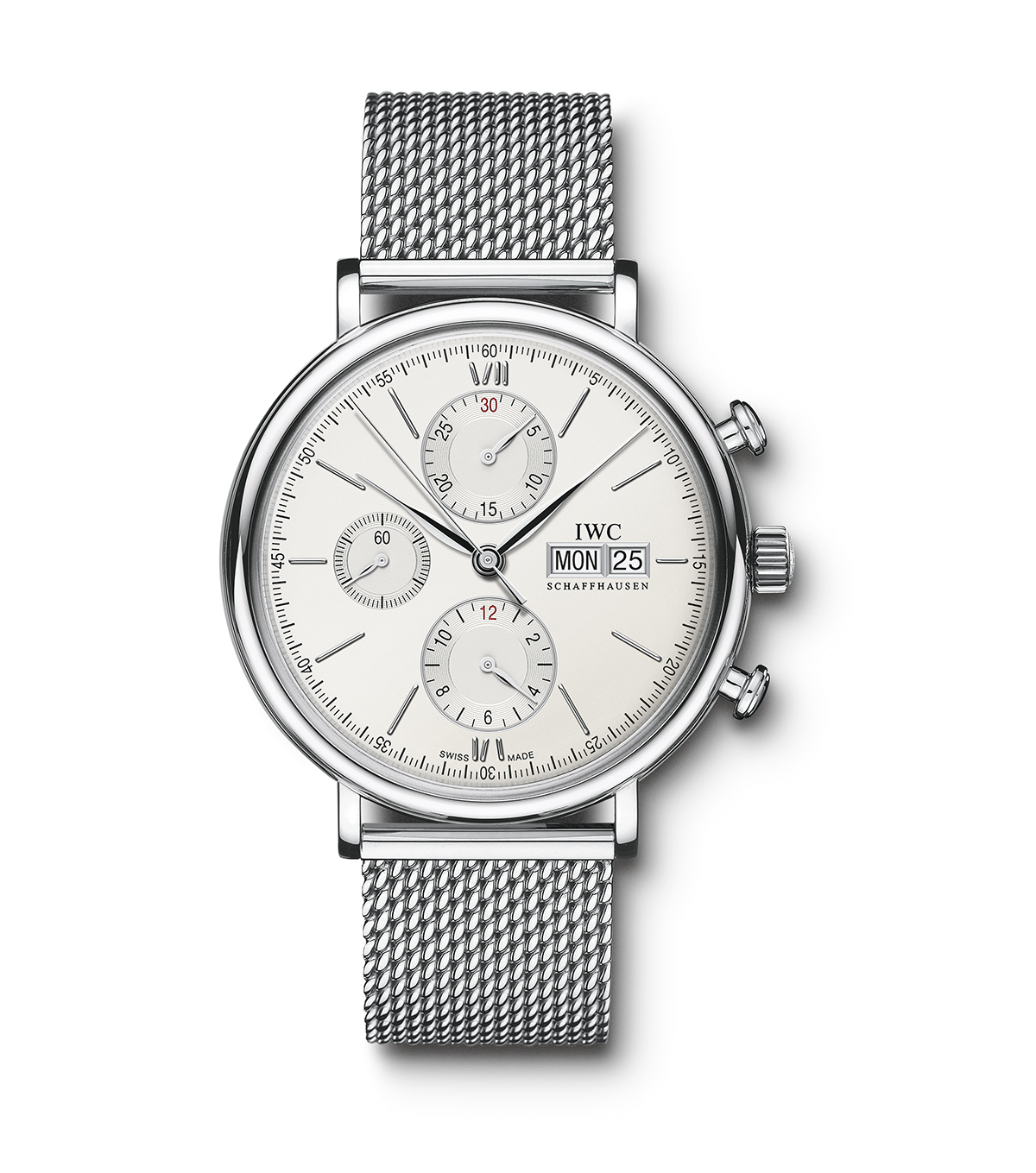 This grand complication has two centre-sweep chronograph second hands for the split-seconds function, so that you can stop one hand to read an intermediate time while the other keeps going. The subdial at 3 o’clock records chronograph minutes, while continuous seconds are at 9 o’clock, and date (with moon phase) at 6 o’clock. Day, month and leap year are shown in windows. The case is 40 mm in diameter; the Calibre CHR 29-535 PS Q movement has 496 parts, and is mechanically wound, with a power reserve of minimum 55 hours. 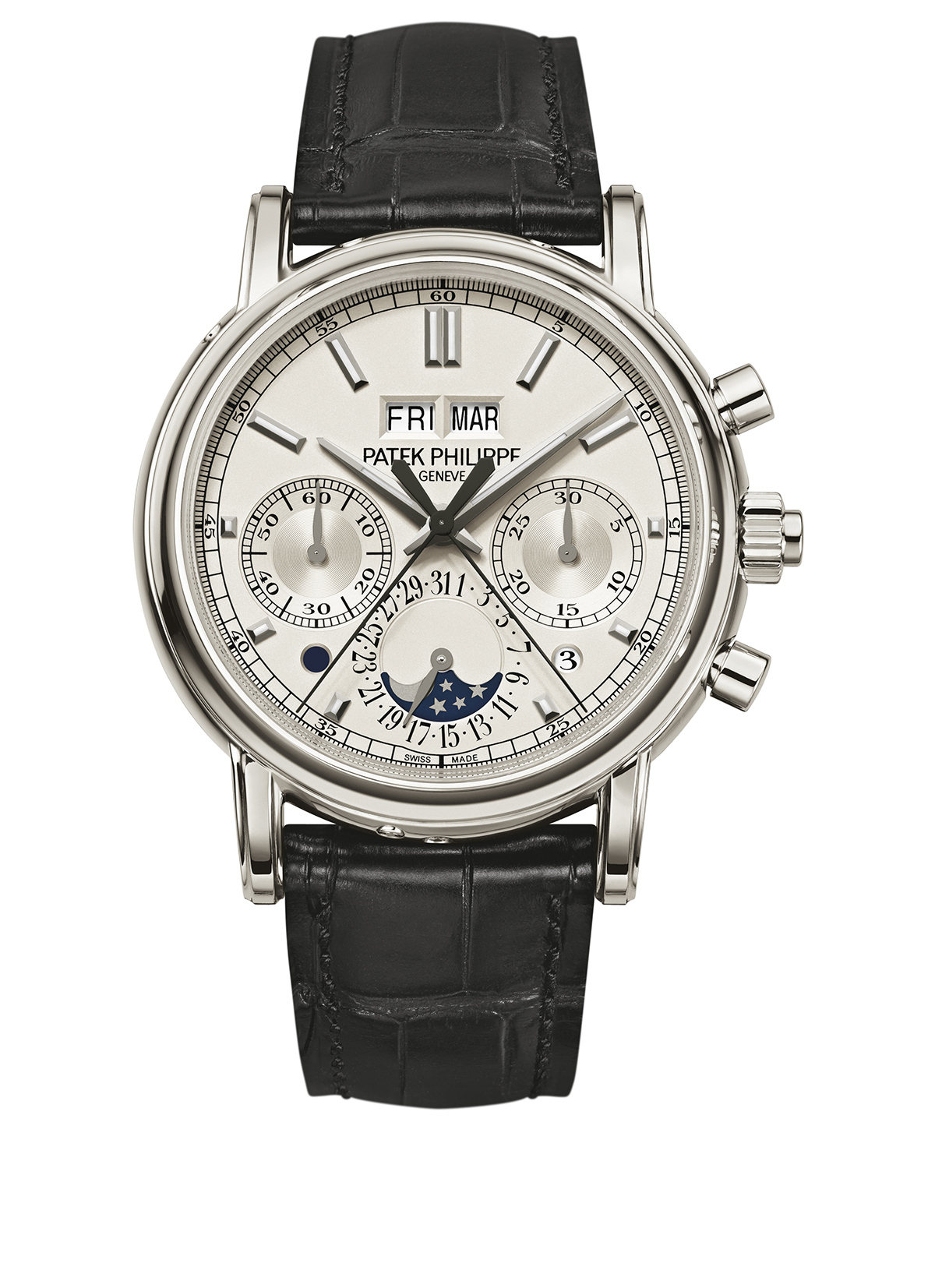 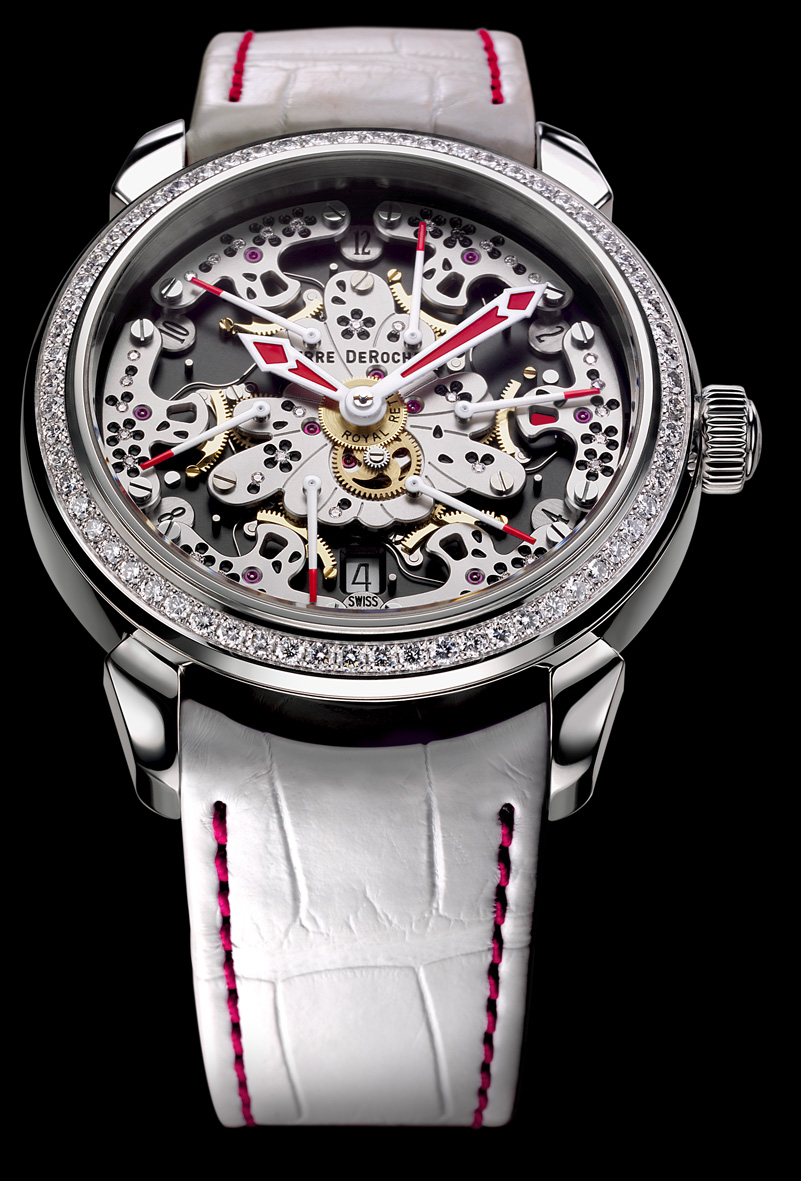 This unusual women’s watch launched in 2014 shows the seconds with six second hands, which take it in turns to progress for 10 seconds before jumping back to zero while the next takes over for the next ten seconds. The watch is large at 42.5 mm, considering it’s a women’s timepiece: it has an automatic movement by Dubois Dépraz, with a sapphire caseback. The bezel is set with diamonds. Price €21,350.

And beyond this, there are the exceptional grand complication watches. Take a look at this Patek Philippe watch with 14 hands distributed over the two sides of the dial.