Although 16 watch brands are thinking mostly about the approaching Geneva watch show SIHH that begins in five days’ time, many others are looking forward to Valentine’s Day and suggesting watches that would be good gifts for the woman you love.

Hermès, for example, presents the new Arceau Petite Lune, with an in-house manufacture movement and a 38 mm case set with 60 diamonds. The ultraviolet strap mounted on the characteristic stirrup-shaped lugs is one of the options in which it is sold, with a whole range of interchangeable colour options, all in alligator, including white, indigo, red, ember, raspberry and elephant grey. The dial is in mother-of-pearl dial with an intriguing spiral effect generated by the sloping numerals, offset moon phase, and subdial for the date. The Arceau Petite Lune was first introduced in 2013 to mark the 35th anniversary of the original Arceau created in 1978 by Hermès designer Henri d’Origny. 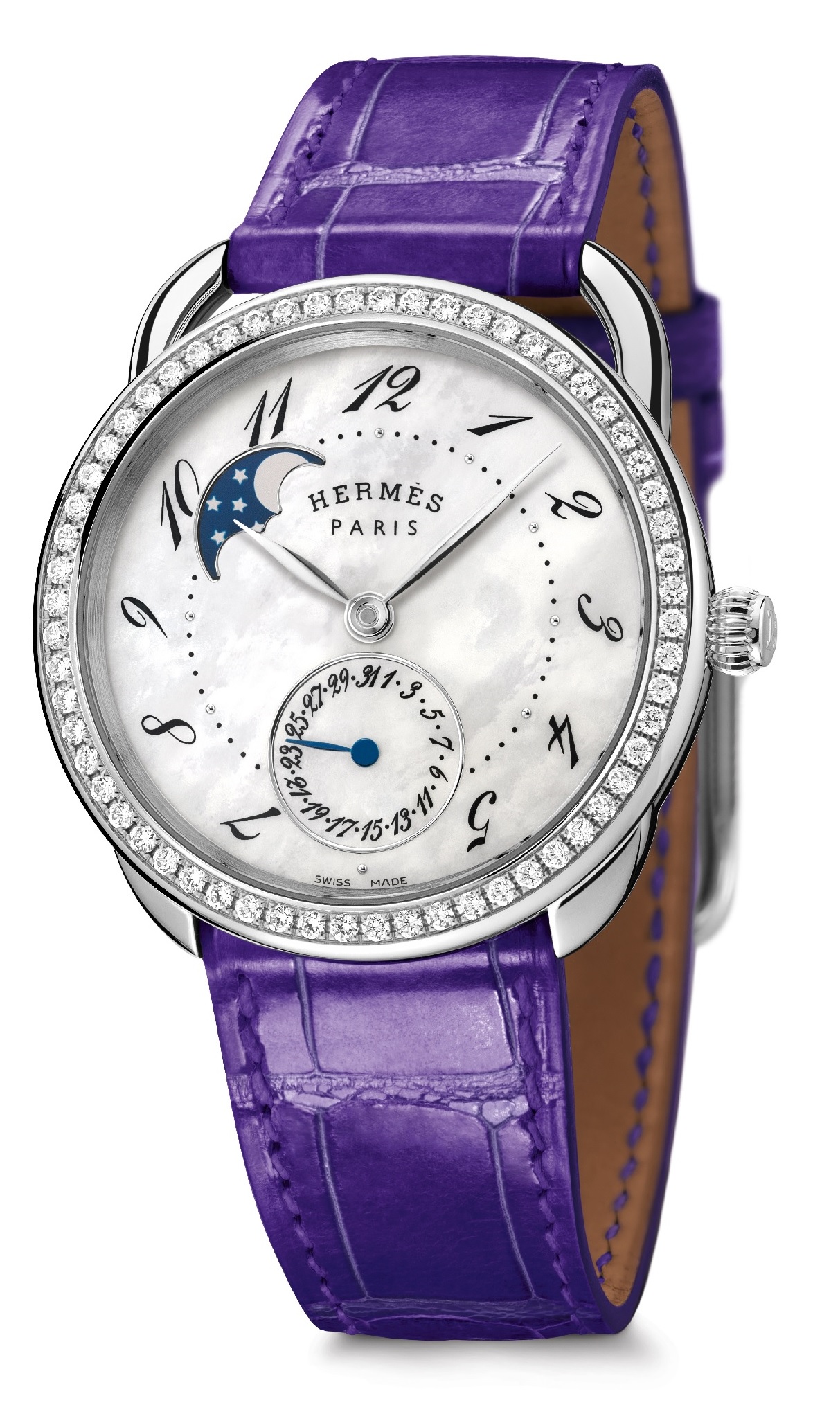 Why use diamonds when you can use steel, and why an automatic movement when you can use quartz? For Valentine’s 2015, Saint Honoré presents a watch, Saint Honoré Audacy, in the classic red Valentine’s colour, with a 37 mm case adorned with two rows of Clous de Paris decoration on the bezel and as a frame to the small seconds. It is given extra character by the crown at 4 o’clock finished in black onyx. Other dial and strap colours available are white, purple, chestnut brown and gold. Like most of its women’s watches, this piece has a quartz movement. Saint Honoré is a French watch brand celebrating its 130th anniversary this year. 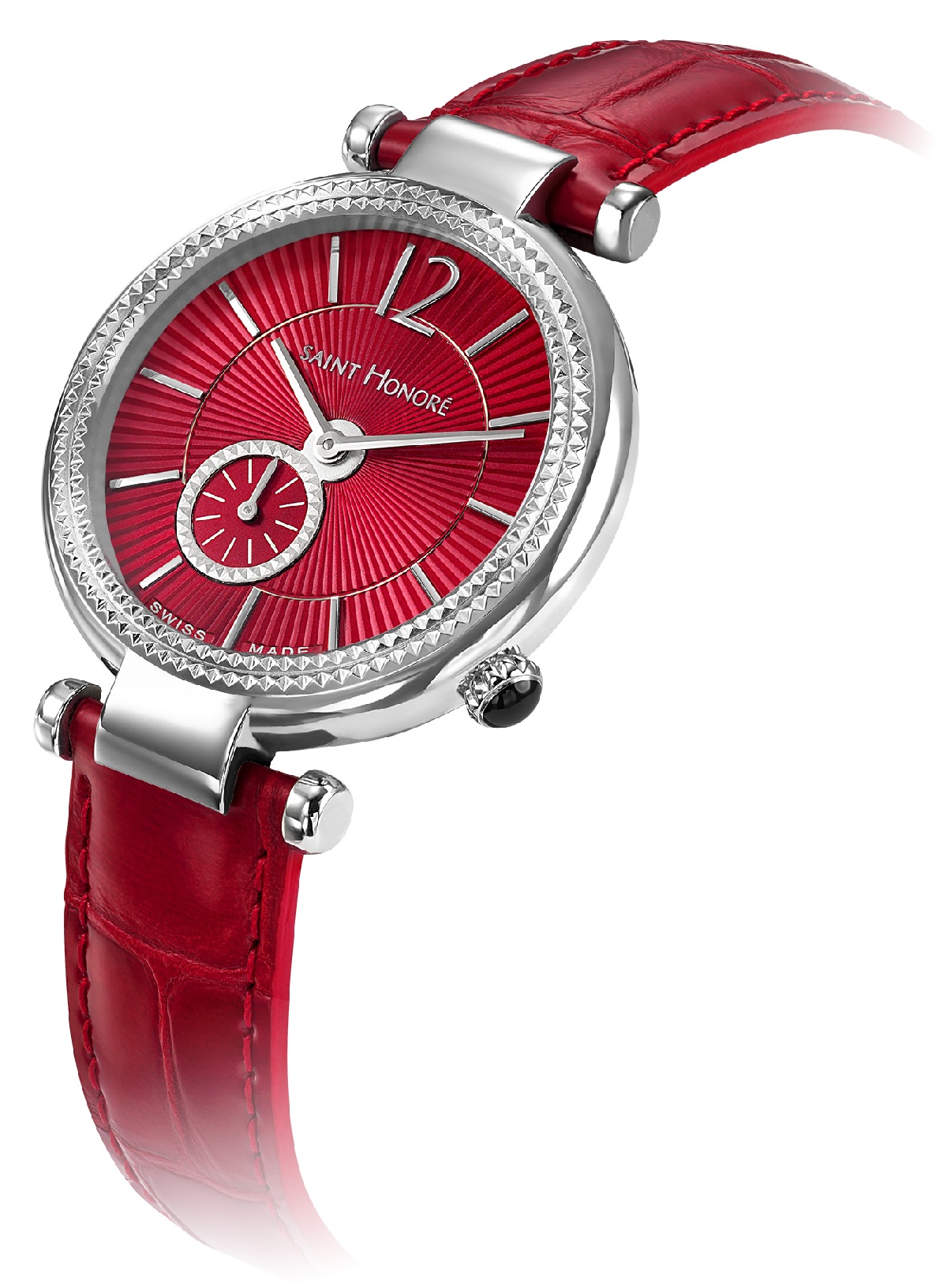 Fashion brands are aboard the Valentine’s boat as well. Salvatore Ferragamo has launched its Idillio Valentine’s Day, with a dial in mother-of-pearl intricately worked into a fish-scale pattern, and one scale heightened with pave diamonds. It has distinctive lugs and crown embellished with cabochon onyx stones. The steel case is 34 mm in diameter, with IP (ion plated, a physical vapour deposition – PVD – process) gold finish. Quartz movement, red alligator print strap. Prices start at about €1,675.

Gucci has presented two versions of its horsebit watches, based on a design dating back to founder Guccio Gucci who was inspired by British and Florentine equestrian styles. The smaller watch, YA139502, is 28 mm in diameter with steel bangle, the larger, YA139402 34 mm, the latter with a leather strap. Both have a steel case, brushed sunburst-finish dial in deep red with Gucci logo at 3 o’clock, and quartz movement. The smaller watch costs €650, the larger €695. 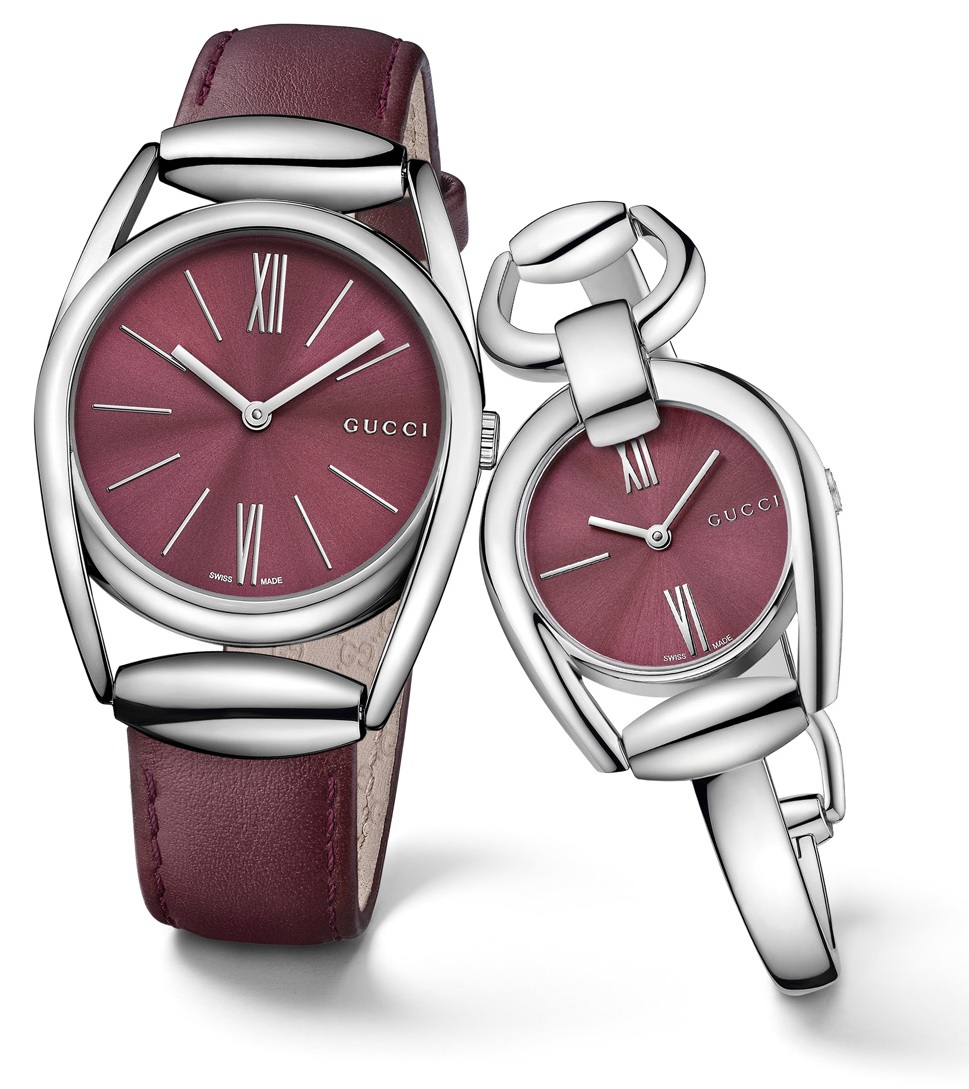 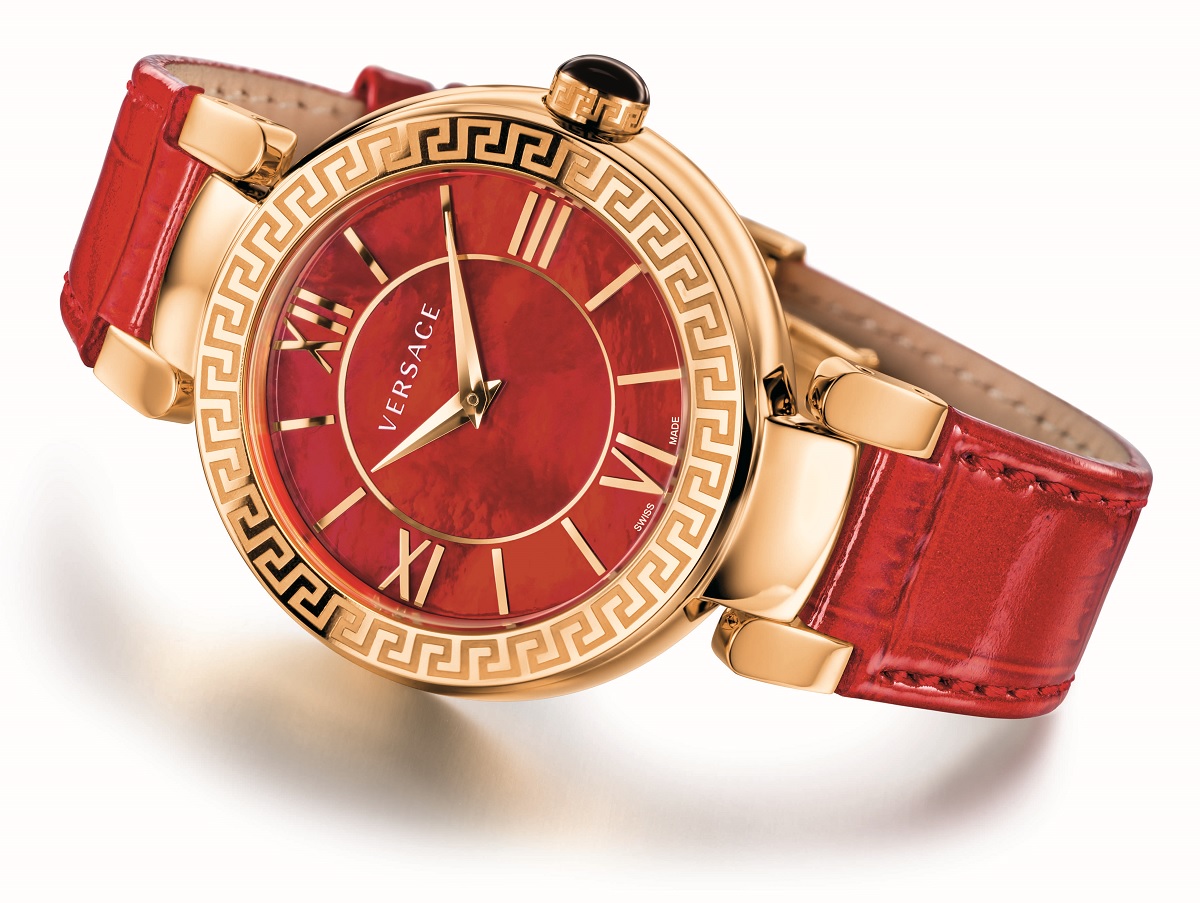 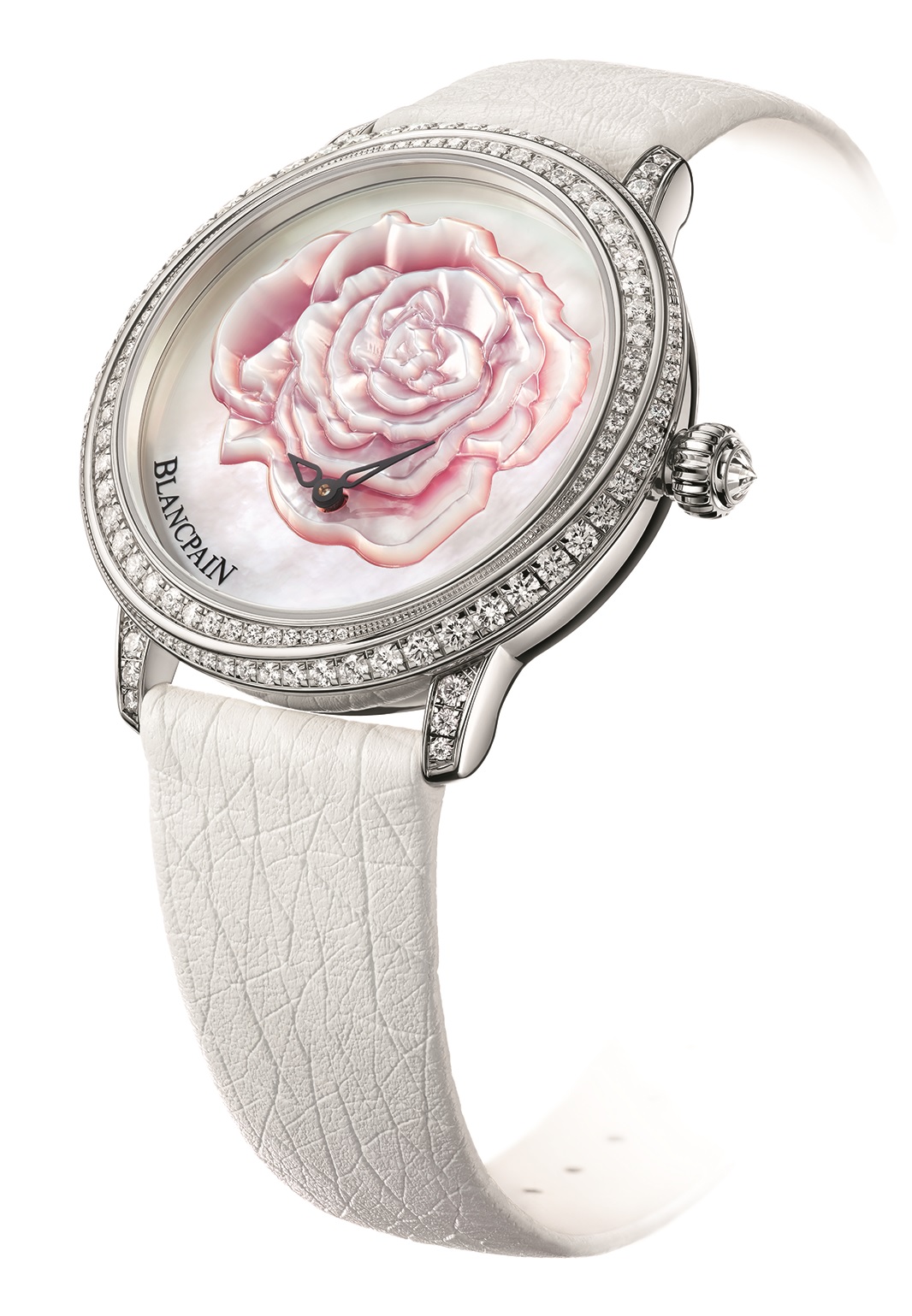