While the world patiently awaits for the arrival of the Apple Watch, whose release date is rumoured to be March 2015, other brands are launching their own versions of smart watches that relay a range of information from your phone to your wrist. “We have one more thing,” said Apple CEO Tim Cook at the presentation in Cupertino, California, and this thing is the Apple Watch that integrates seamlessly with an iPhone, or more specifically, devices with iOS8. The Apple Watch has lots of functions but the basic concept is that is transports messages from iPhone to watch so that you don’t have to take out your device to check notifications. So you can read messages and see who’s calling. It also incorporates sensors for bodily functions such as heartrate, and so it becomes a fitness tracker as well. 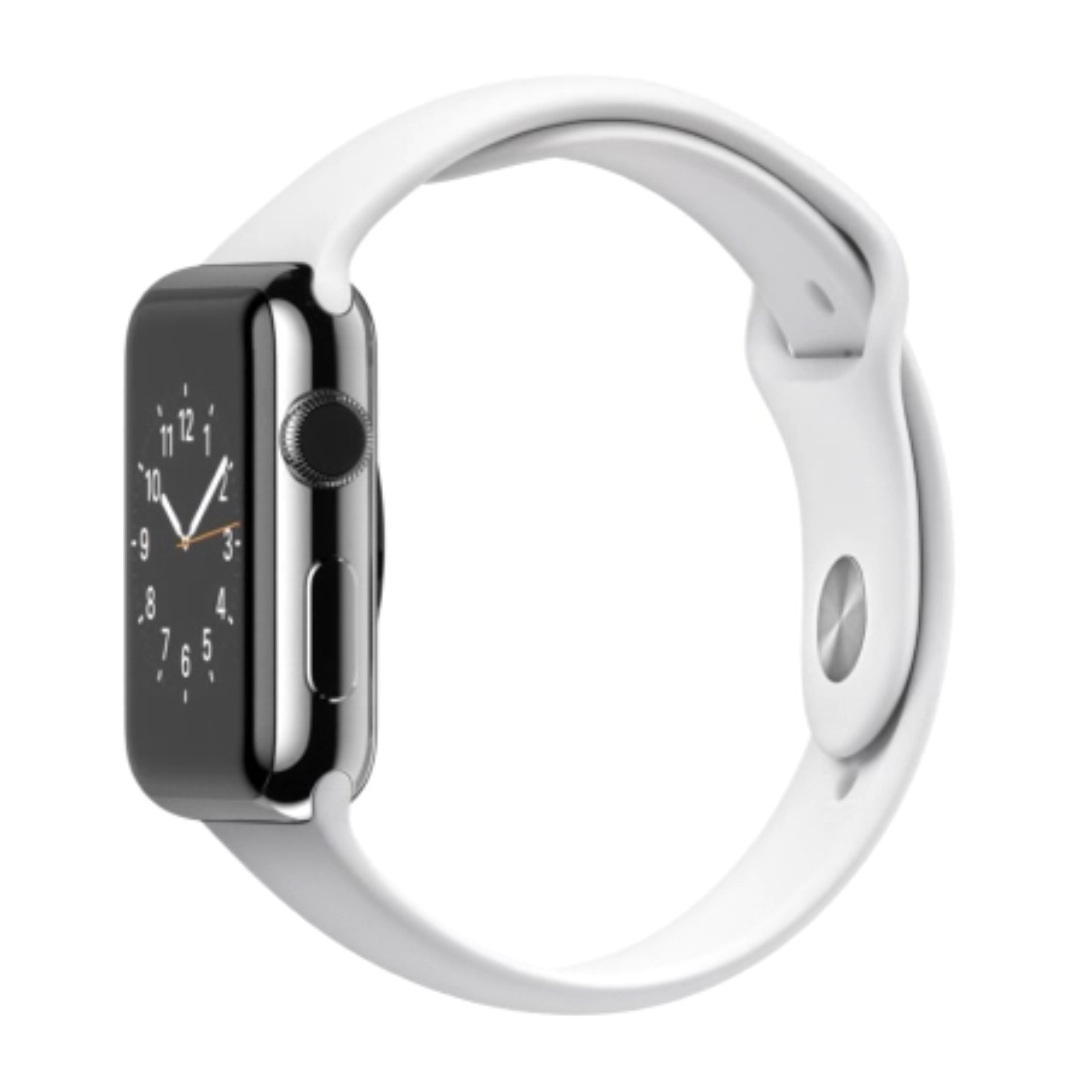 Other brands are taking note and moving in the same direction. Guess watches are mainly about fashion, and most are denim blue colour, but they have recently launched Guess Connect, a wearable tech timepiece developed with Martian Watches. This watch has software that can be updated or replaced over the years so that the watch is always perfectly compatible with the latest smartphones. It will offer voice command functions that are relayed to the smartphone by Bluetooth, using a microphone and audio speaker contained in the watch, so that the user can give voice commands, talk and listen (i.e. take and make calls), and respond to texts directly from the watch. There are free iOS and Android Apps that enable users to customize the watch and decide which notifications to feed to the device. Different notification types can be distinguished by different vibration patterns; in addition, there is a green LED on the dial, along with a rectangular window for the visual information. The most recent notifications can be recalled by tapping the watch glass. Guess have been making watches since 1983, and they think that this fashion smartwatch could be distributed not only through the brand’s retail fashion store network, but also through consumer electronics channels. 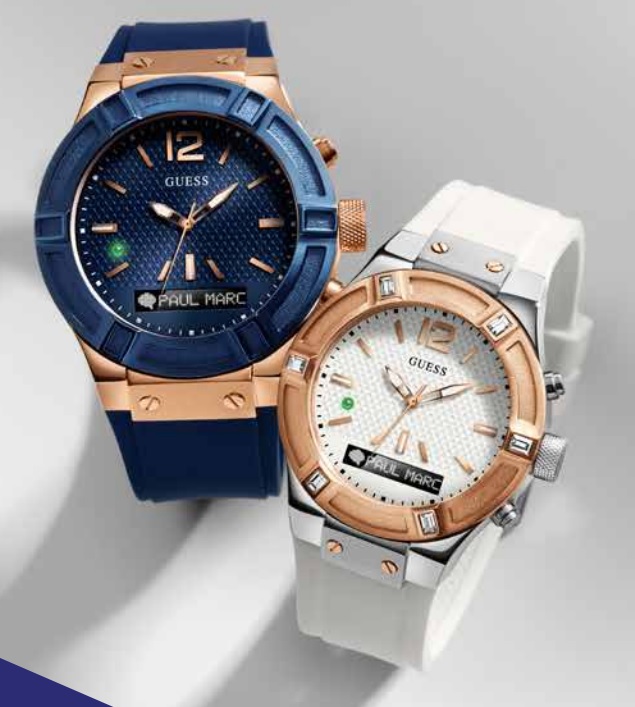 Montblanc, with their e-Strap, have gone in a different direction, hiding the technology and placing it on the inside of the wrist, mounted on the strap of a classic mechanical watch. The functions are similar to other smart watch offerings, with a larger display when compared to the Guess watch above: you can read emails, see who’s calling, receive reminders, and use it as a health and fitness monitor during exercise. I described the Montblanc e-Strap here; it will be available from June 2015. 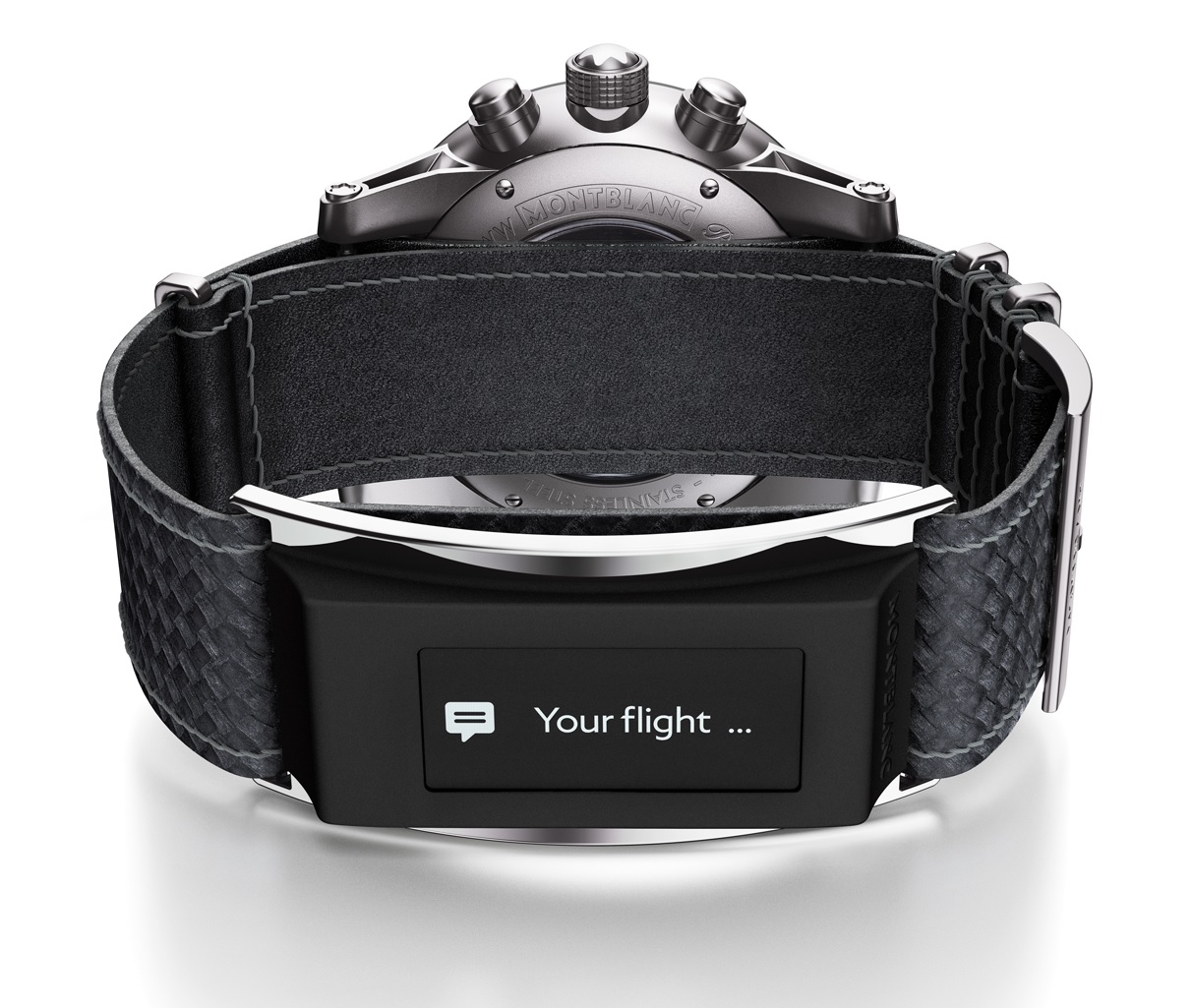 But there is one product already out there on the market that I think will make massive inroads into the market and radically change consumer attitudes to watches. The Garmin Vivosmart looks like a fashion wristband, a high-tech fashion bracelet that was one of the trends in men’s fashion in 2013 and 2014, just a sleek black band which comes to life with a touch and displays information in white lettering apparently floating on the surface of the black plastic. It’s all about fitness, counting steps, calories and distance, but it also displays the time, has vibration alerts notifying calls, texts and emails from your smartphone, and it reminds you to get up and move after one hour’s inactivity. It has an alarm clock and monitors your sleep, so it can be with you all day and all night, even in the shower with its water resistance rating of 5 ATM, 50 metres depth. My guess would be that it will be a product of this sort that becomes the game-changer for wrist-worn technology. The Garmin Vivosmart costs US$169.99, about €150. See more at http://www.garmin.com/