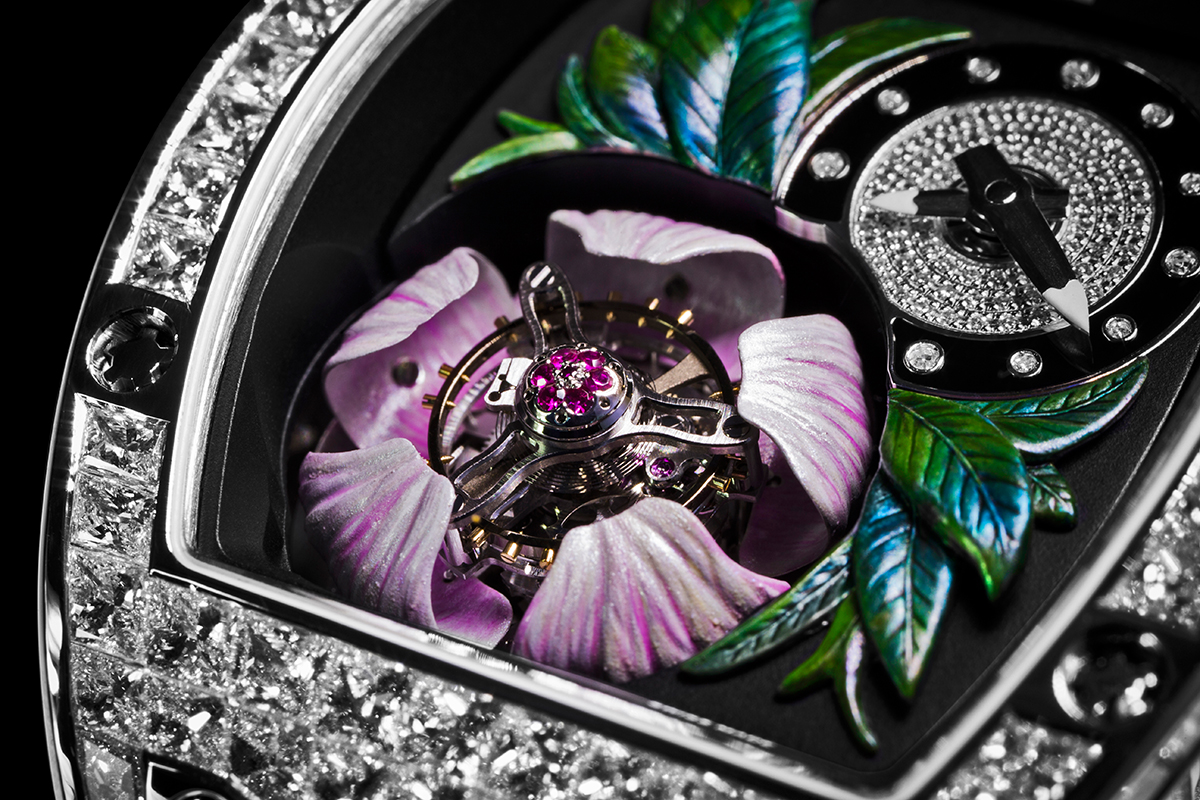 Last year, Richard Mille presented about eight new models at SIHH, this year just two. This was to ensure that the press could dedicate the right attention to these two watches, undiluted by other pieces that will in any case be released later on in the year. And one of them undoubtedly deserves attention.

The Tourbillon Fleur, RM 19-02, is a women’s watch in the usual Richard Mille curved tonneau case, with a flying tourbillon (cage without an upper bridge) at the centre of a flower whose petals are painted by Olivier Vaucher. The centre of the tourbillon is decorated with precious stones representing the stamens of the magnolia flower. Every five minutes, the flower petals gradually open to reveal the tourbillon, which also lifts up by about a millimetre, and then gradually close again. If you want to see this transformation right away, you just have to depress the button at 9 o’clock. An incredible piece of automation, comparable to the 18th-century automatons by Jaquet Droz, only that he was working on a far larger scale. Richard Mille works with the company AP Renaud & Papi (the AP stands for Audemars Piguet who have a majority holding) for the automation, and Richard is part of their think tank. The watch has two barrels, one for the automation and one for the time function. It is 45.4 mm high, 38.3 mm wide and 12.55 mm thick. 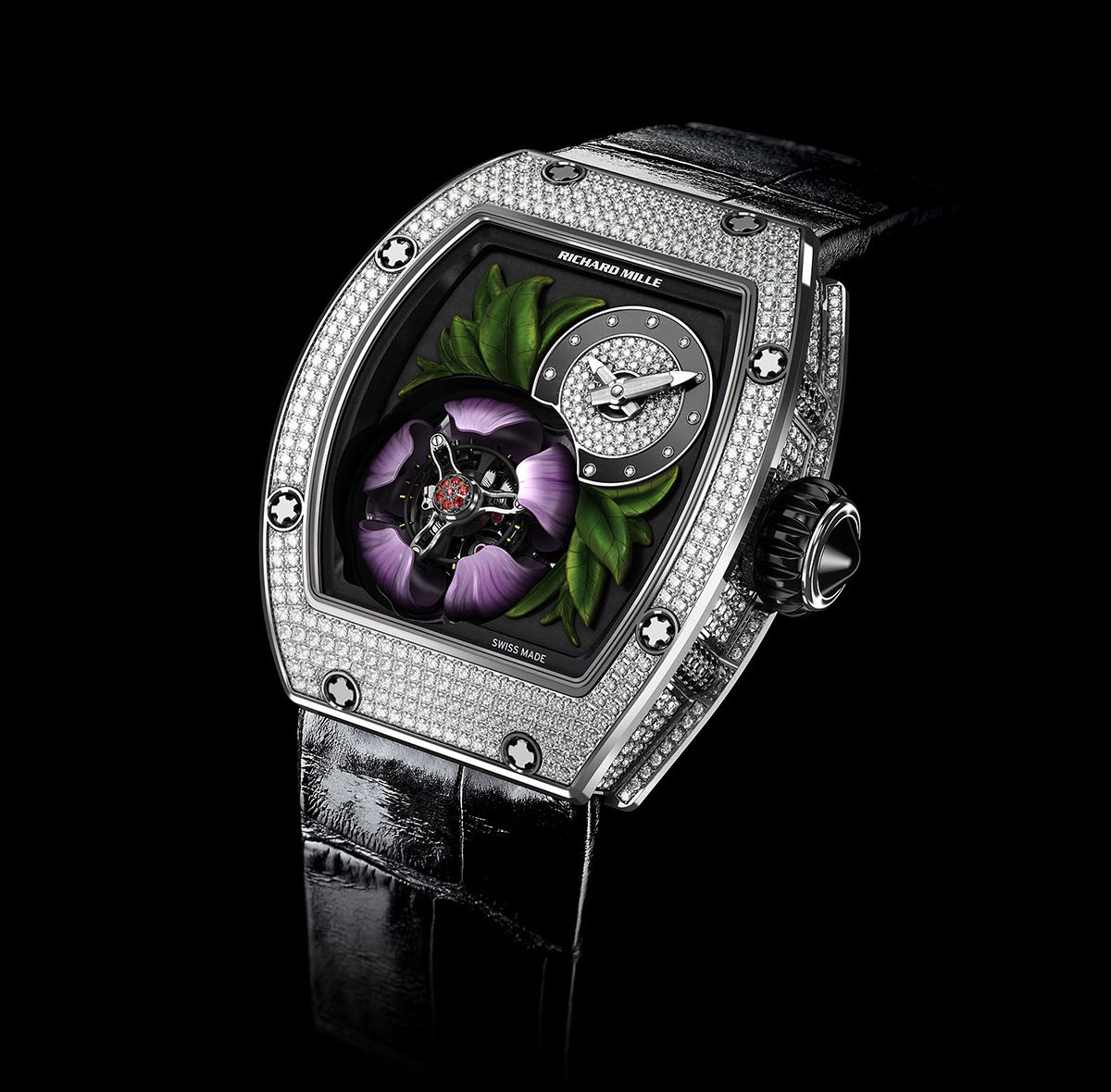 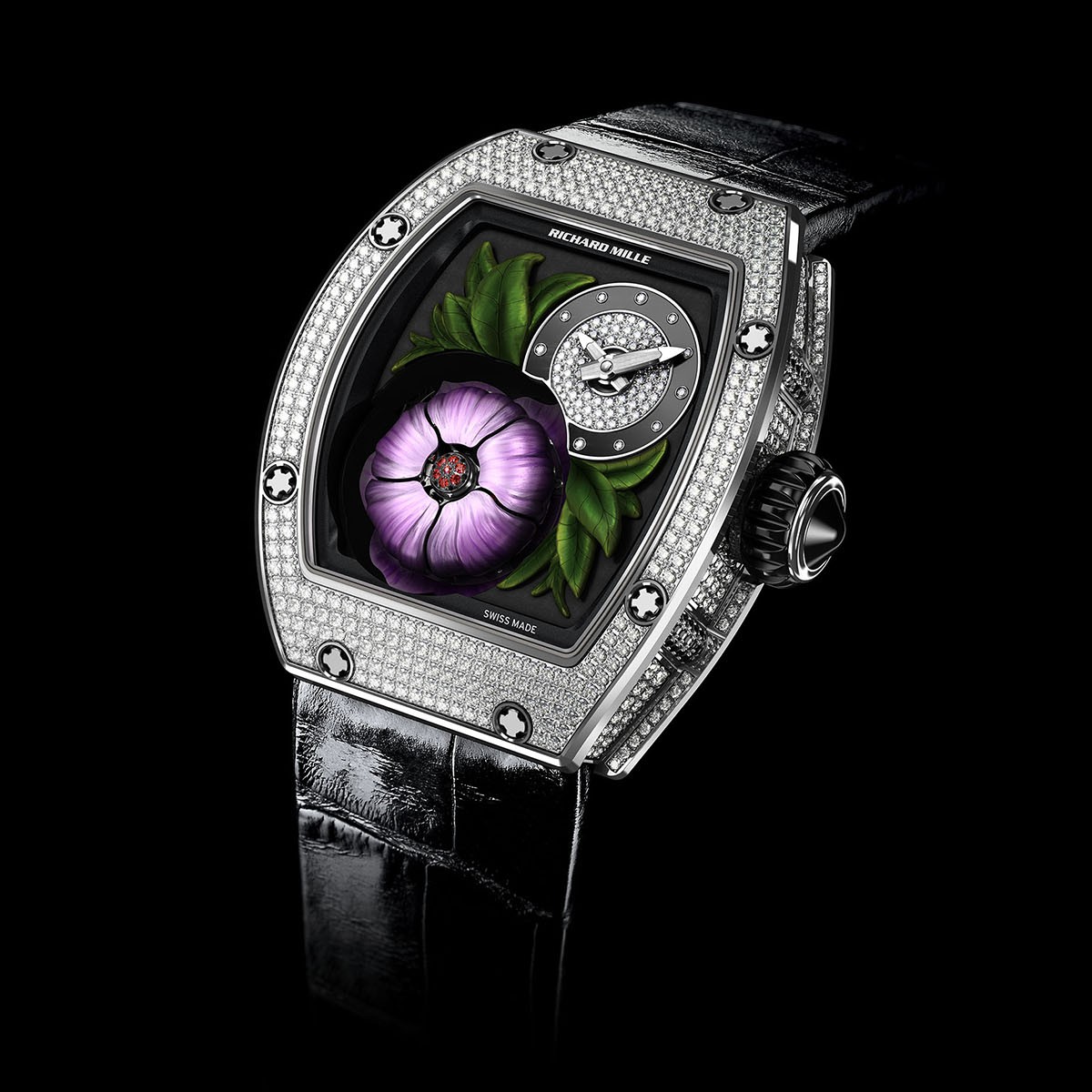 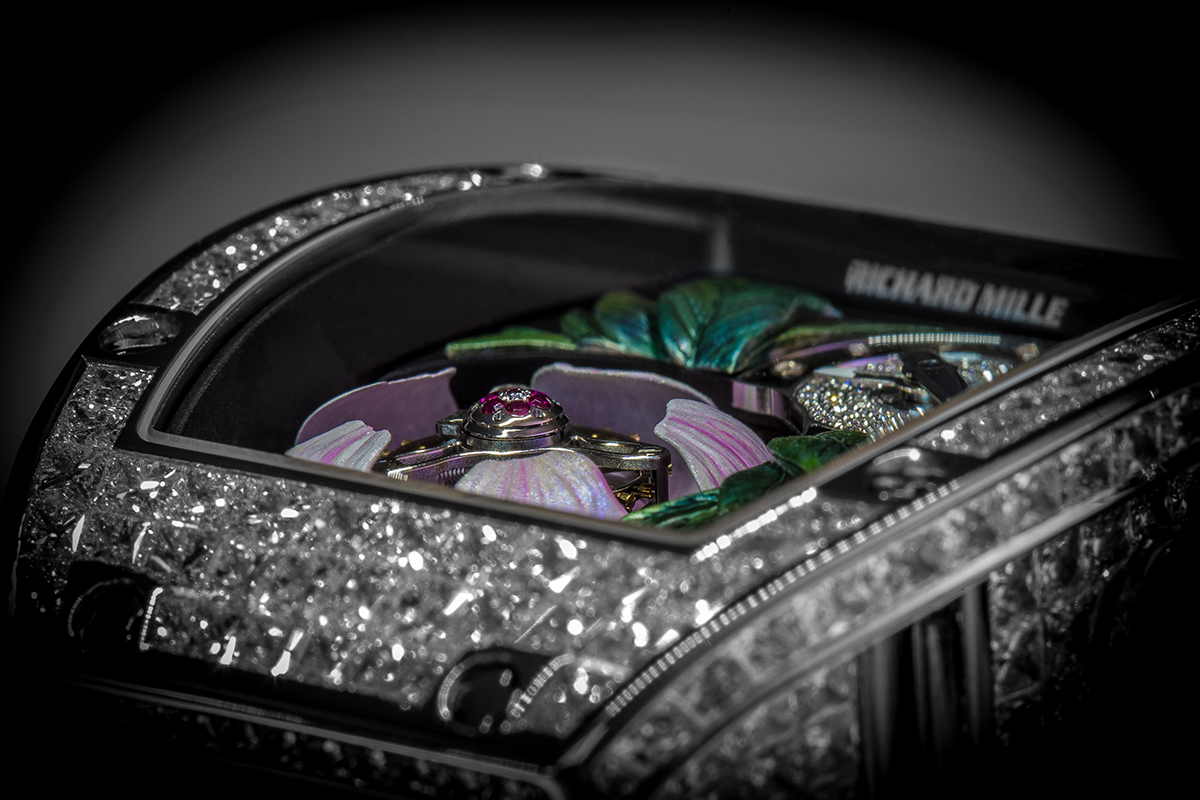 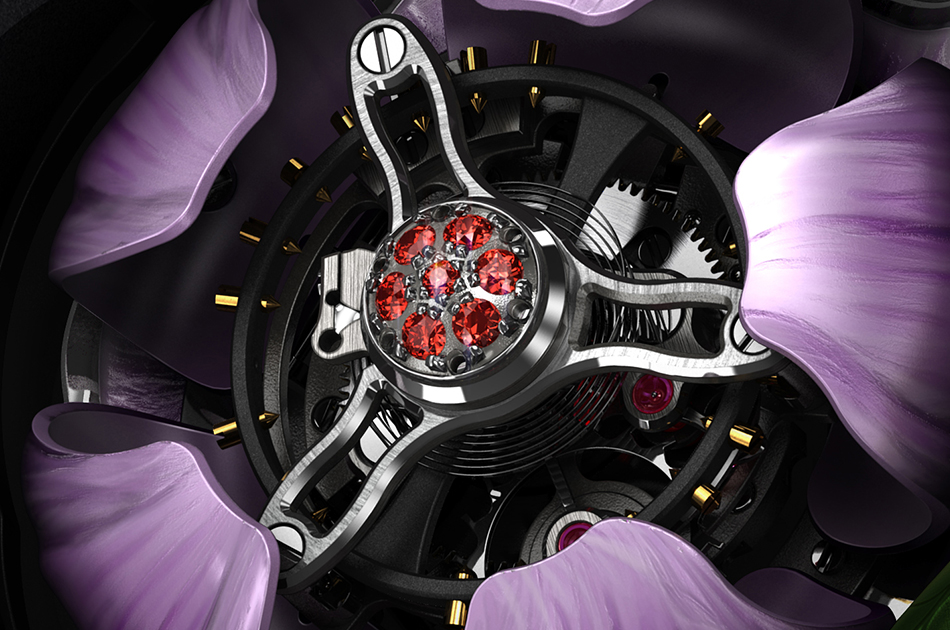 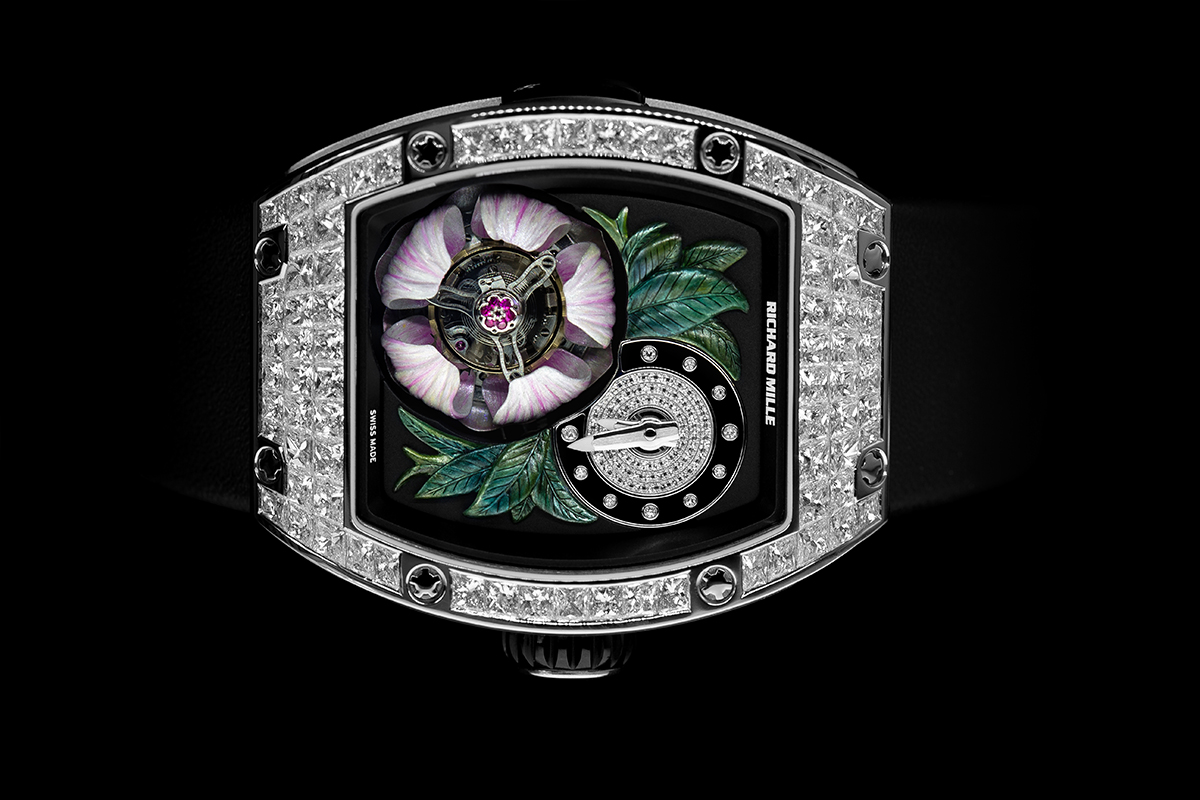 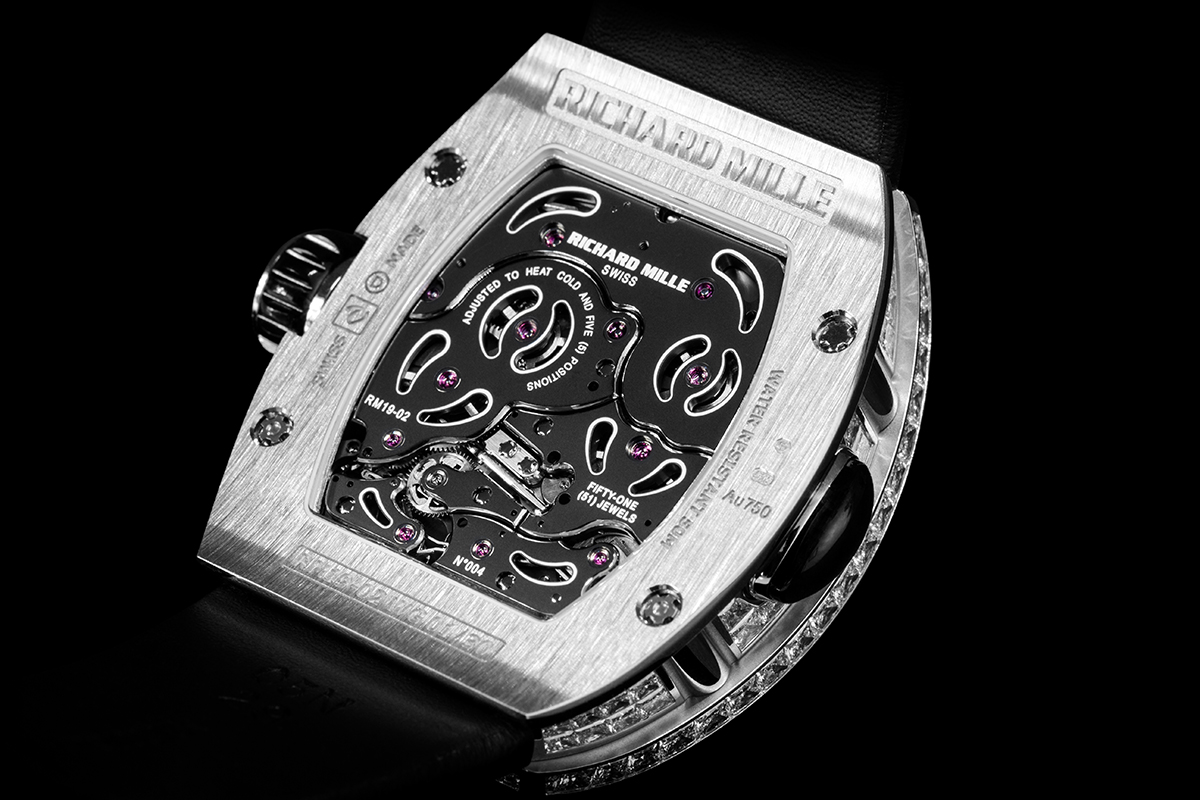