One of the things that is happening in the watch industry is that some manufacturers are beginning to make use of innovative technology to tell prospective customers about their products. At SIHH in January, Montblanc had a huge model of their tourbillon with cylindrical balance spring suspended over their display, very beautiful, but a fundamentally conventional approach. 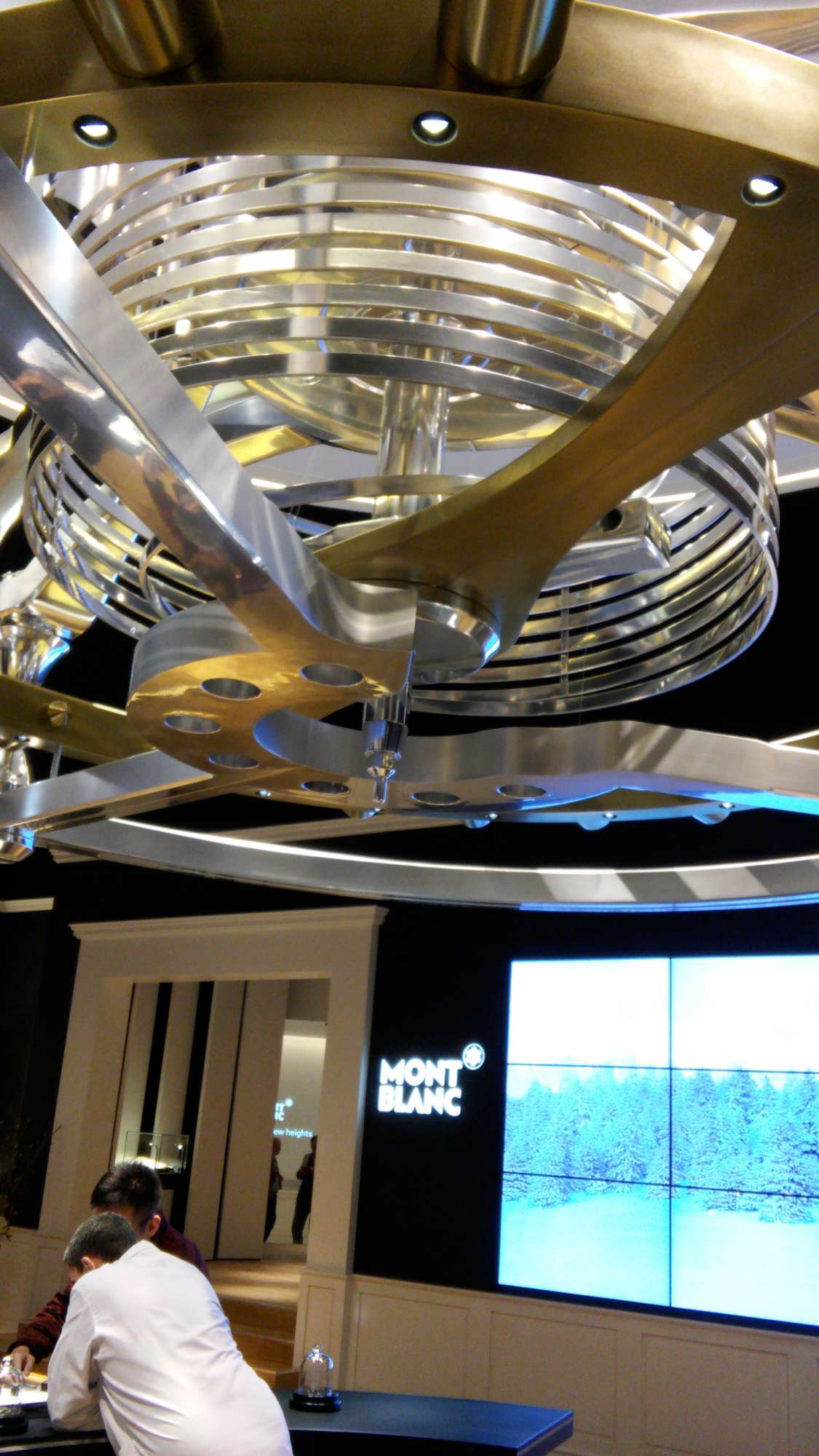 A hint of things to come was provided by Roger Dubuis. Their big theme this year was skeletonization, and the entire stand featured a huge three-dimensional lattice structure, a bit like the beams and girders of their watches such as the Excalibur Spider Skeleton Double Flying Tourbillon, except that much of the structure was flowing and organic like some mysterious space station with hints of Ridley Scott’s original Alien movie. Visitors were treated to a quick session using the Oculus Rift virtual reality headset that brought them into a 3D rendering of the same structure, but suspended in a black and infinite outer space, with the possibility of looking in every direction, the view changing with even the slightest movement of the head. Surely the next step will be to enable prospective clients to take a tour of the inner workings of a watch? After all, the movement is designed using 3D-design programmes, and from here it is a short step to generating two-dimensional images with photographic reality – something already done by most watch brands – and on to three-dimensional renderings that could be transformed into the virtual reality of Oculus Rift. Roger Dubuis’ Creative Director Alvaro Maggini said, “People entering the Roger Dubuis World at the SIHH 2015 will feel as if they are being drawn into a mesmerising constellation where they will be given a unique opportunity to grasp the mysteries of the Roger Dubuis ‘stars’: its skeleton calibres. They will experience a sense of being allowed to glimpse exceptional secrets with an undeniably cosmic dimension…” 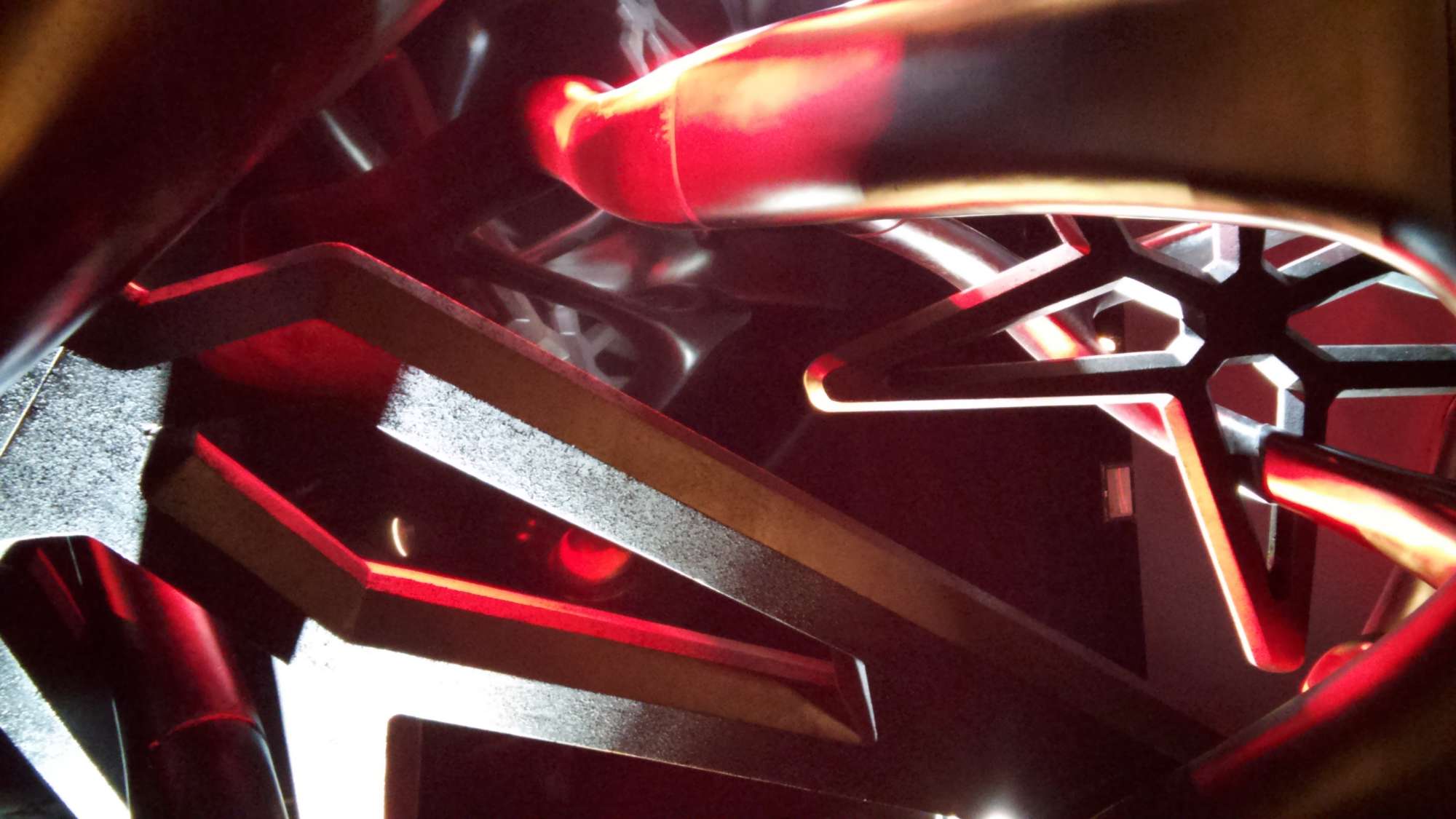 Jaeger-LeCoultre’s stand also featured a cosmological theme, and visitors were invited to use a telescope, rotating it to view constellations which then provided information on the principal watches in their collection and how they related to the universe. Another interesting display was an audio-visual area with projections on a screen accompanied by a “sound shower:” you could only hear the audio when you were standing in one particular position because the sound was projected vertically down from the ceiling and was audible only in that small virtual cylinder.

Another theme is not new, but seems to be gaining a lot of attention amongst some watch brands. Some advertising campaigns are based not on the timepiece itself, but on when and why you should buy a watch. This was the case most strongly for Baume & Mercier, whose adverts tell you that their watches are perfect for immortalizing important moments, such as a birthday, a degree, the first big contract, a wedding, as in the advertisement below for the Clifton. Their watches are generally entry-level and so the communications are aimed at young people. This is a step forward for watch marketing, from the usual approach of talking down in advertising to prospective clients, “Our watches are valuable, prestigious, exclusive objects, you probably can’t afford them or understand them,” to building a relationship with possible purchasers, entering into their lives. 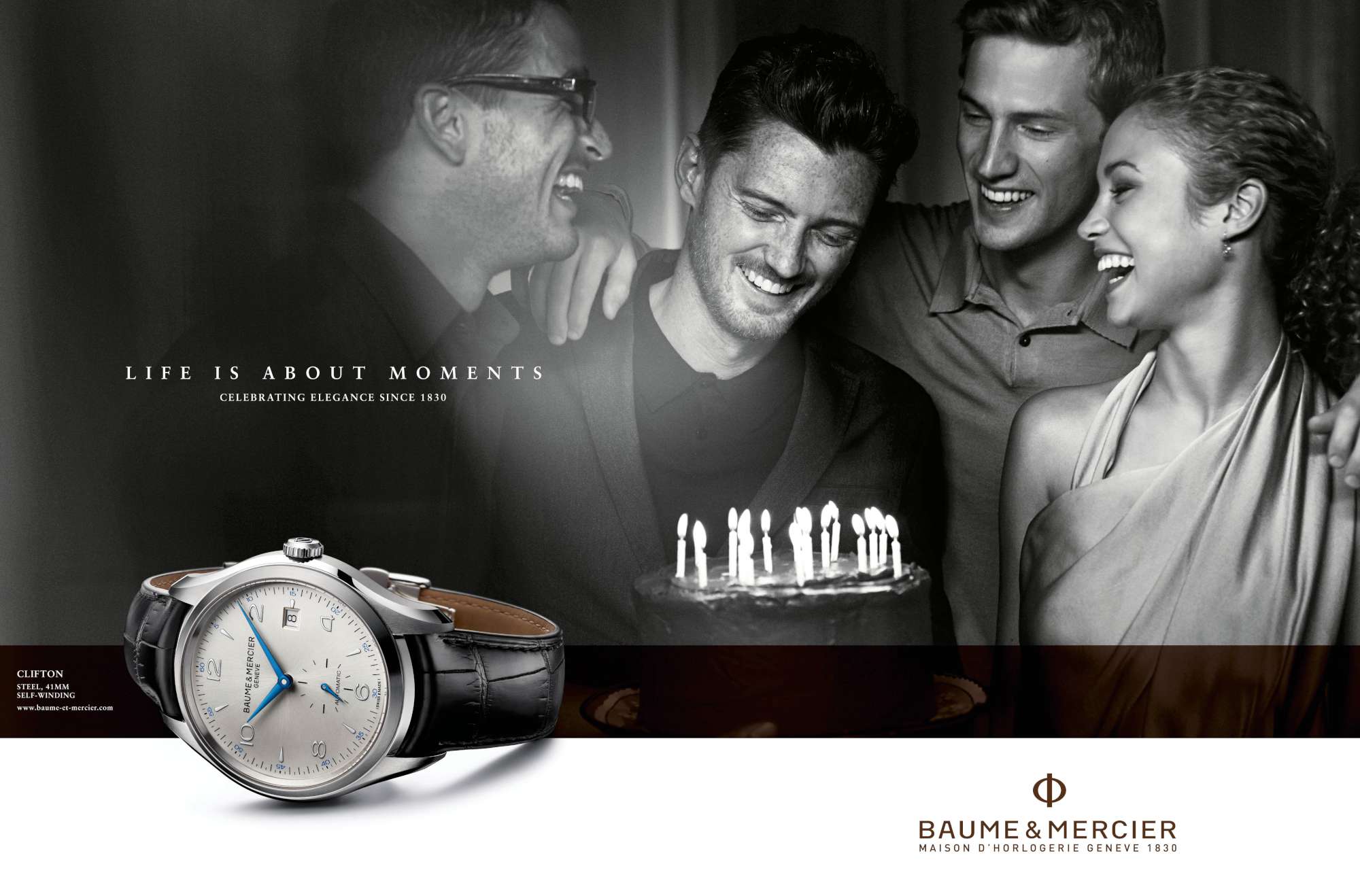 Lastly, there is the personal touch. We are seeing the promotion of watch designers into personalities who help build the company’s public image. Up until a few years ago, a large brand’s communications were all about the watches, and the many people involved in their design and creation were never visible. Today, some brands have adopted the technique used by fashion brands where the designer is given iconic status and becomes the face of the brand, even though for the most part, the actual design is performed by a whole team of people. Christian Knoop, Creative Director at IWC Schaffhausen, performs the role of providing a public face for the brand very well, talking to journalists and holding presentations in which he describes how a new watch comes into being. At Roger Dubuis, Gregory Bruttin has progressed from the title of Director of Movement Development to his current description as R&D & Watchmaking Director, and the latest PR materials include portraits of both him and Creative Director Alvaro Maggini. At Baume & Mercier, Senior Designer Sara Sandmeier is a colourful personality who talked journalists through her team’s design work on this year’s new watches, above all the Classima collection. The biographical notes provided by the brand include her definition of design, “The right balance between form, function and price,” and a poetic, philosophical reflection on her work: “I nourish myself with everything that surrounds me. I capture materials, structures, forms, textures, colors, light and contrasts. I store them in my virtual library so that I can draw from it. If you nurture the need for creation, it nurtures you in return.” 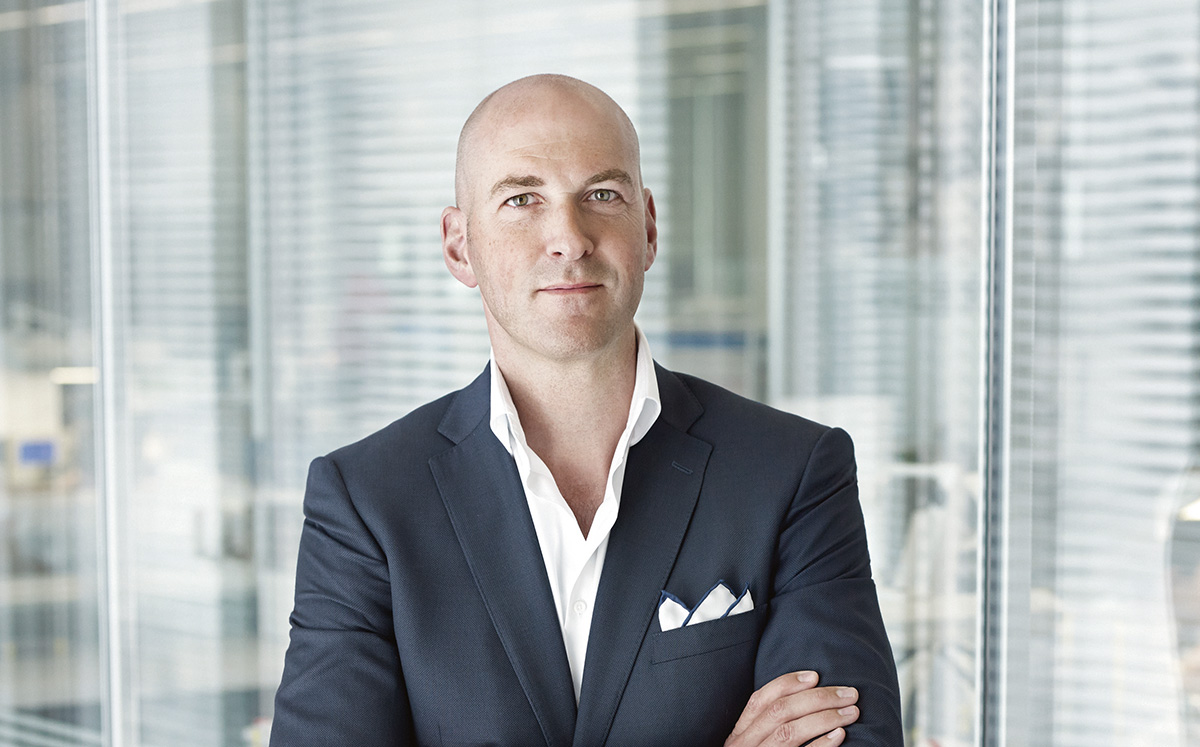 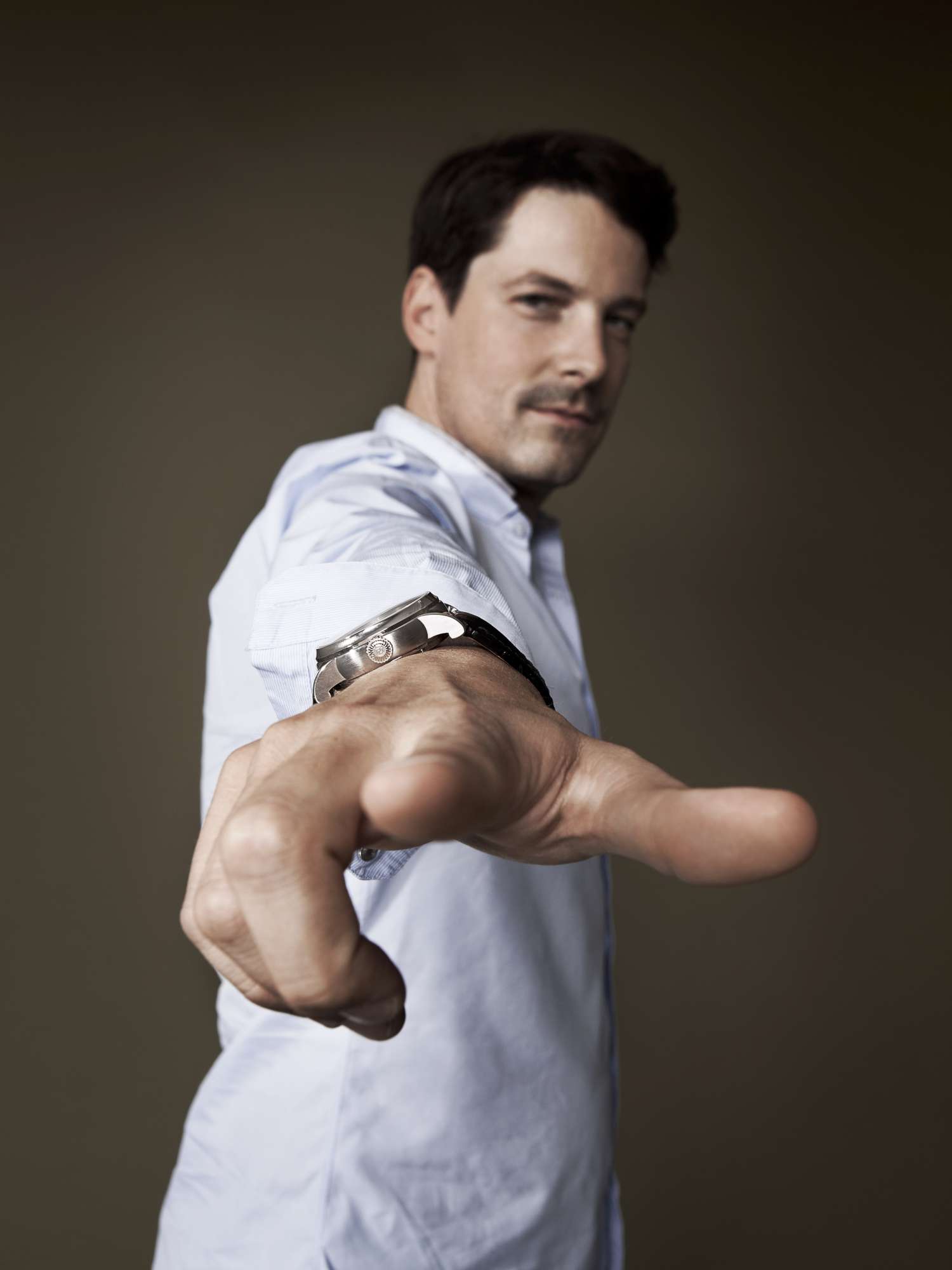 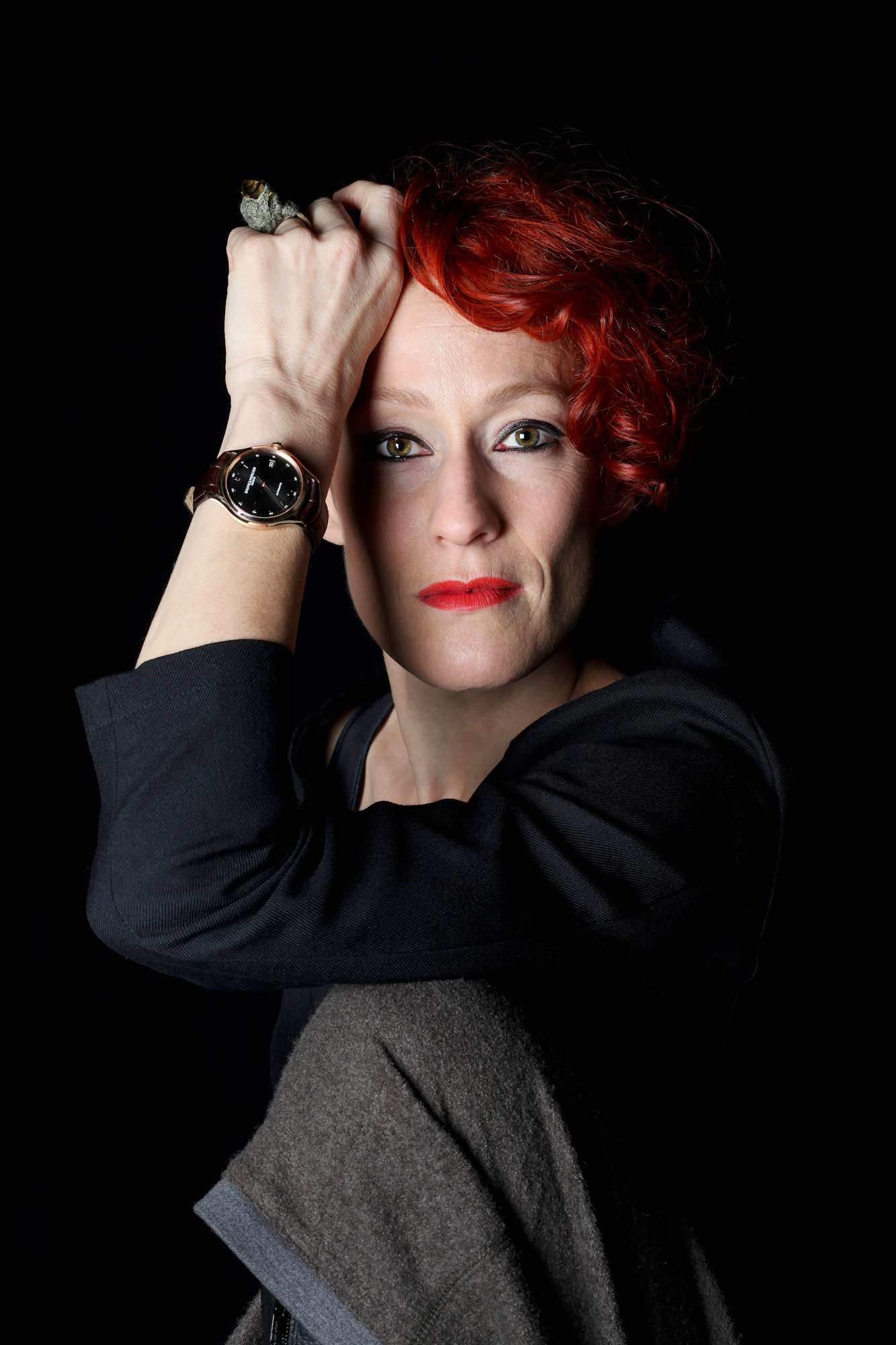