How can a watch measure speed? Up until now, the usual solution was a chronograph with a tachymeter scale around the bezel, which can display speed by timing a set distance, a mile or a kilometre. But finding a measured mile or kilometre isn’t easy (unless you’re on a motorway). Breva have presented Génie 03 which can display instantaneous speed by means of a speedometer that works like an anemometer, with tiny alloy cups contained in the speedometer module. 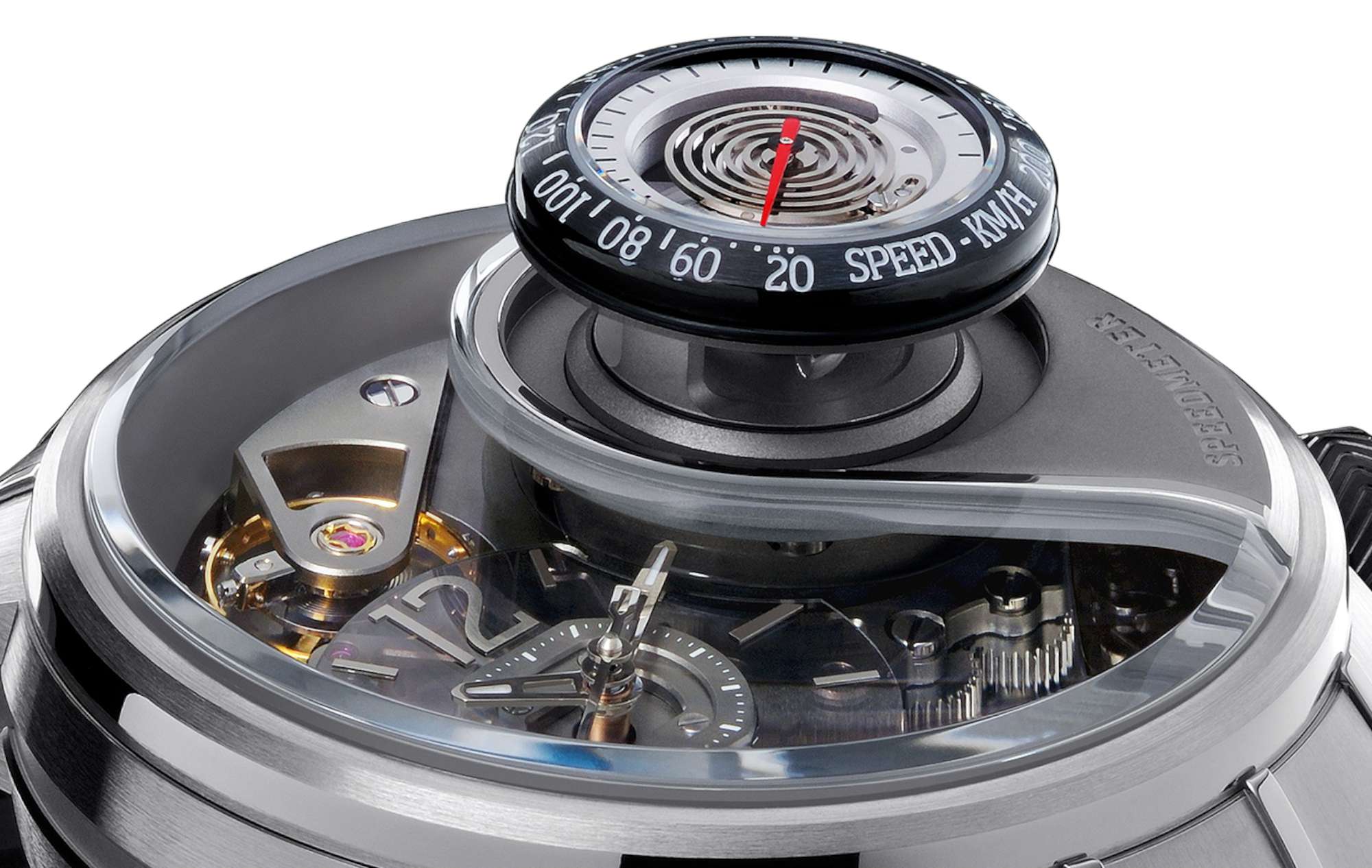 When the function is activated by pressing the pusher at 2 o’clock, the module rises by 6 mm and the red needle immediately displays speed, with a scale from 20 to 200 km/h. I guess it could be useful for people using vehicles that don’t have a speedometer, such as cyclists, or small speedboats. For a yachtsman it could be handy for measuring apparent wind speed. The watch is available with scales in km/h or mph, and there is a converter scale on the outside of the caseback. 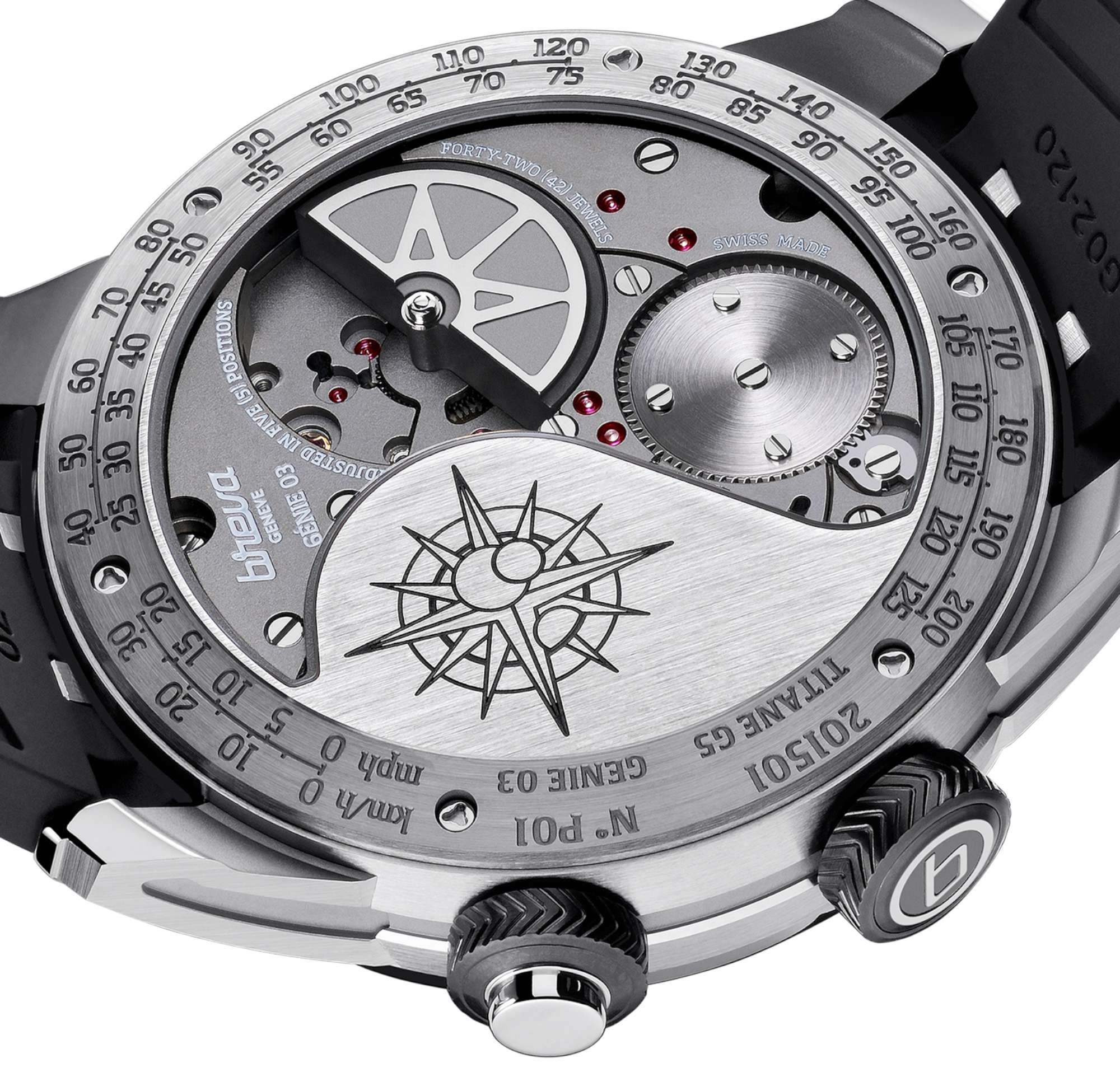 Breva have conducted tests on the speedometer mechanism, attaining precision of +/- 1.8 km/h. Each unit is individually calibrated for wind speed measurement against a precision anenometer. The readings of speed can be gauged to the nearest 2.5 km/h. Breva say that the readings of speed measurement could be influenced if the watch is angled away from the air flow: accuracy will be greatest when the watch is in the same plane as airflow. Easy when you’re standing still, more difficult when you’re on a bicycle.

The subdial for the time functions is in fumé sapphire glass. Above the subdial, you can see the balance; below, part of the barrel. 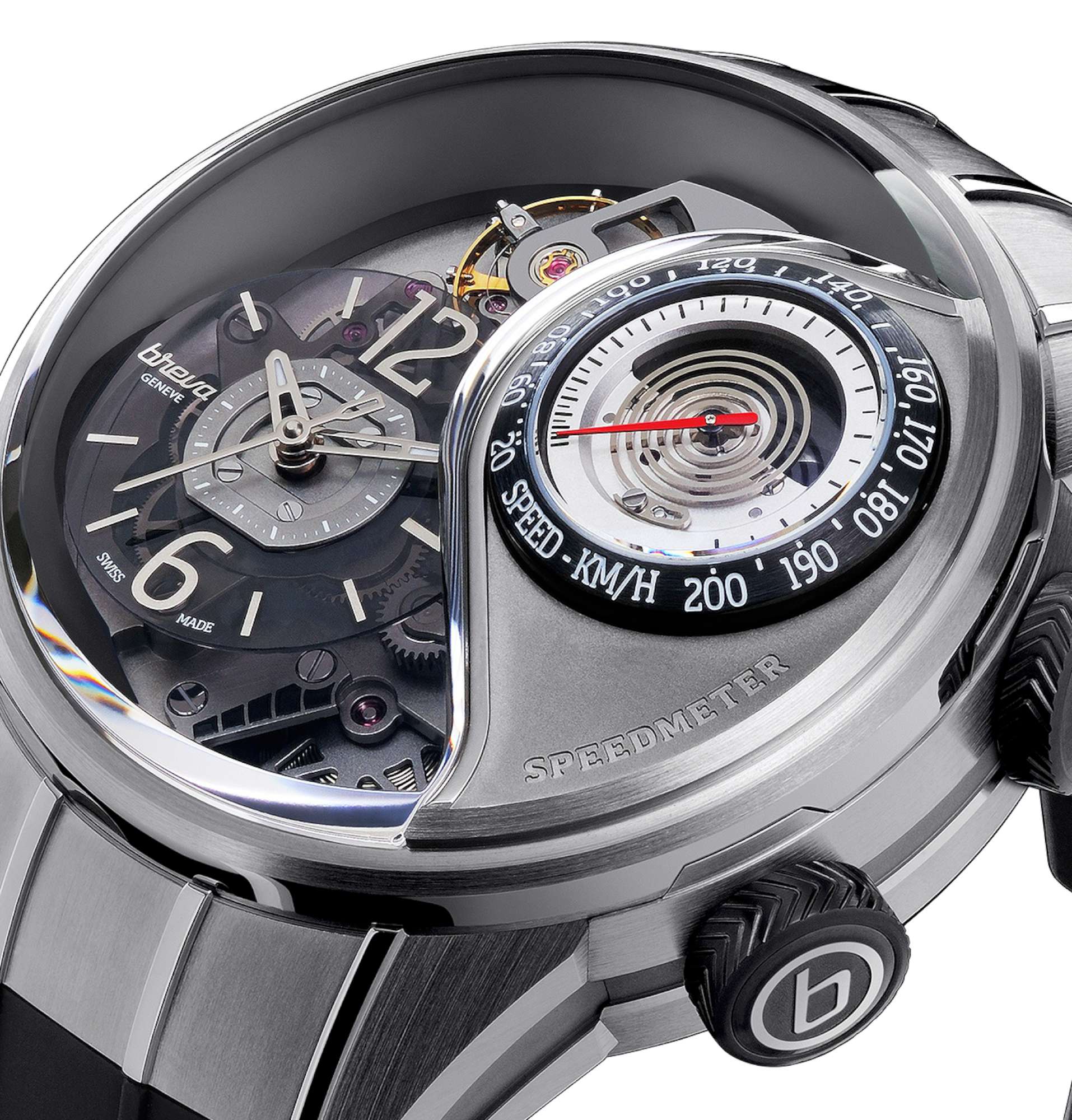 The watch has 30 metres water resistance with speedometer open or closed. The case is 33.7 mm in diameter, and 17.5 mm thick with the speedometer closed, 23.5 mm when the speedometer is open. The speedometer module has 45 parts. Movement details are revealed by the sapphire caseback. The in-house automatic movement, Calibre BRE03.001,with 230 components, provides a power reserve of 60 hours. Price CHF 48,800 (about €46,000) plus tax. Read more at http://breva-watch.com/ 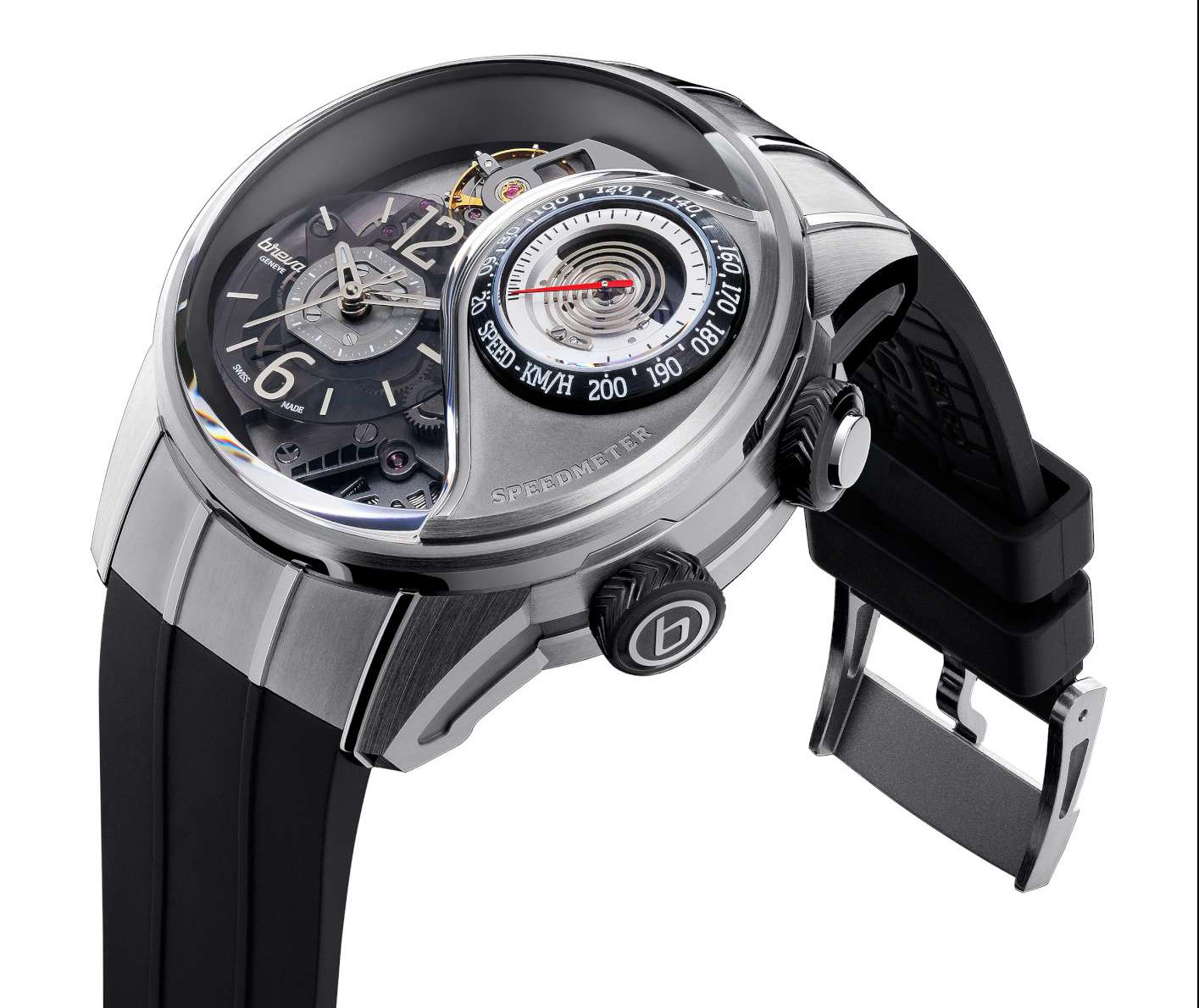 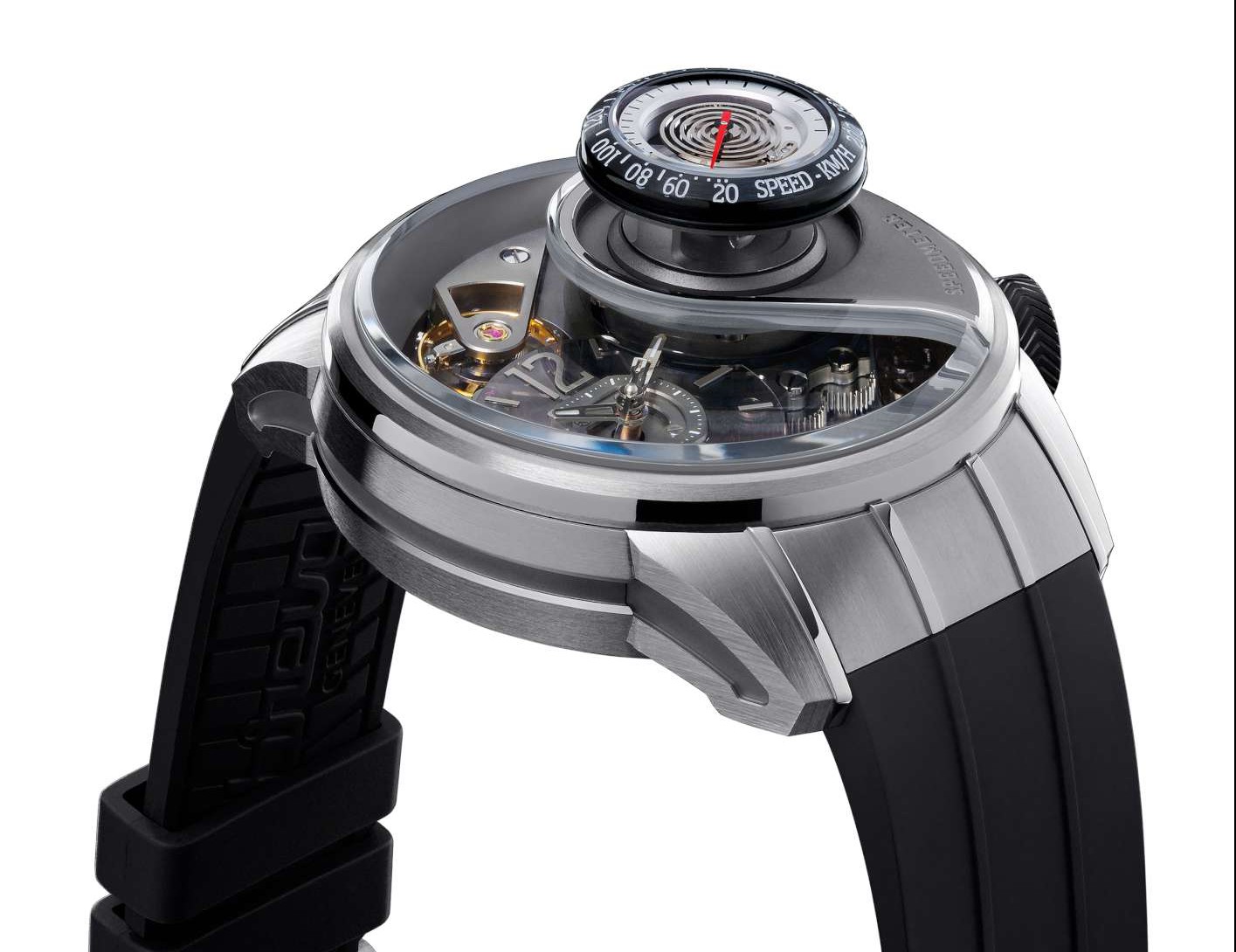 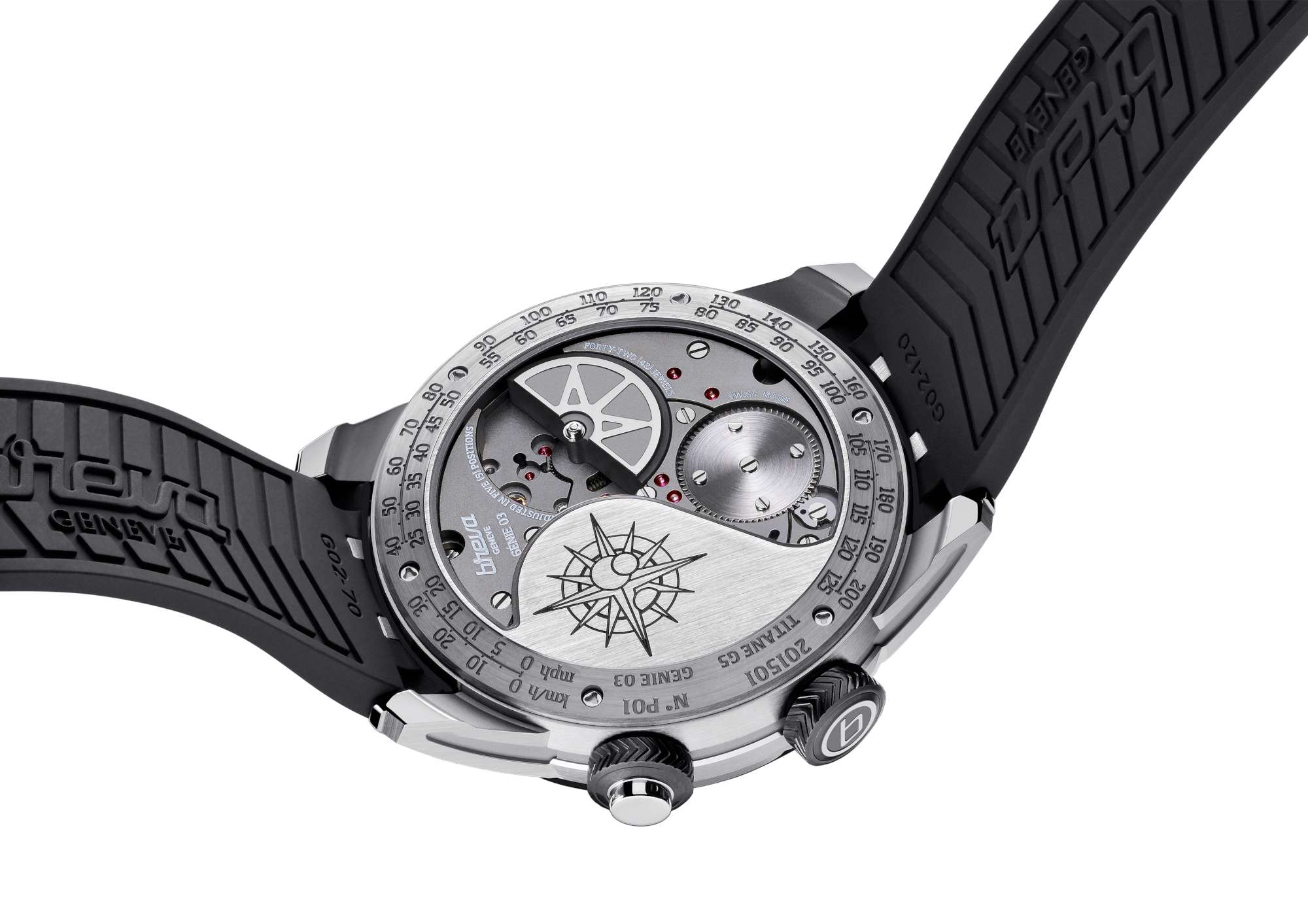 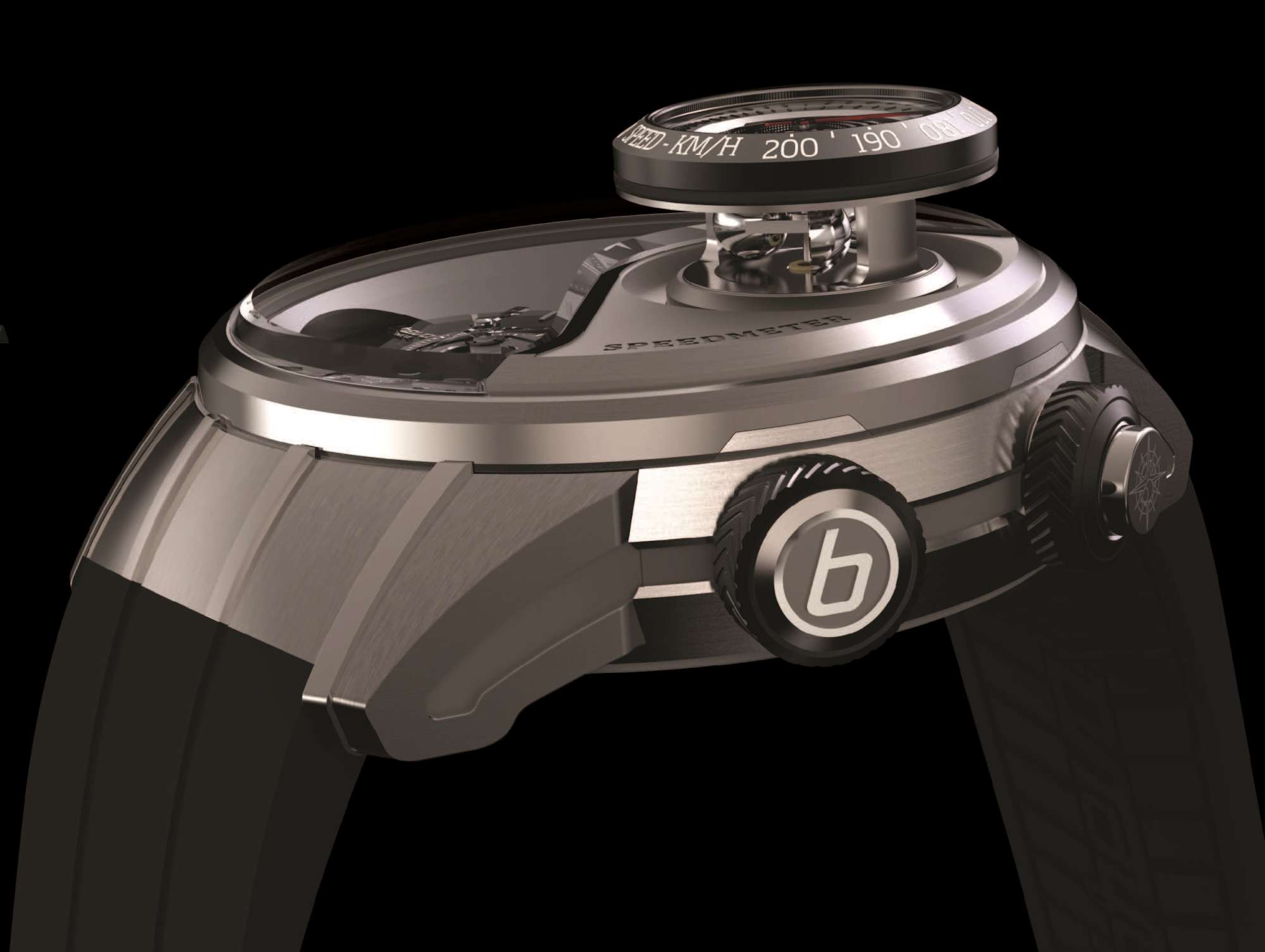