“You know, former SAS types with easy smiles and expensive watches…” she says, looking at his wrist where a watch is concealed under a French cuff. “Rolex?”
James Bond replies, “Omega.”
“Beautiful,” she says. This is a fragment of the dialogue between James Bond and Vesper Lynd in Casino Royale. Particularly significant because it reflects an abrupt change in Bond’s tastes, from the Rolex NATO-strap Submariner that appears in Dr. No, to Omega. In that film, the Omega Black Seamaster Co-Axial Planet Ocean and an Omega Seamaster Diver 300 M.

But Omega is not the only brand to appear in the film. Daniel Craig wore dinner jackets and suits by Brioni, and sunglasses by Persol. This type of ‘product placement’ is a form of publicity that is increasing in importance as spectators get more impatient with traditional method of advertising. Once a product is in a film, it reaches the audience every time, and it lives for years, on television, DVDs and YouTube. Its use in Casino Royale was scaled back as a result of the criticism directed at the previous Bond film, Die Another Day, which earned the nickname Buy Another Day because of the many rather unsubtle appearances by a range of products.

What are the figures involved? According to reports, total income from product placement in Casino Royale was about £30 million. In Skyfall, this was much higher, with Heineken alone paying $45 million to put their green beer bottle in Bond’s hand instead of his vodka martini. Product placement covered a fair chunk of the total $200 million production cost of the film. A brand like Omega was entitled to sell Bond-related merchandise (such as the 007-branded Seamaster Planet Ocean 600M Skyfall limited edition watch) from which they can recoup part of the investment. Below, Daniel Craig in Skyfall wearing an Omega Seamaster 3. 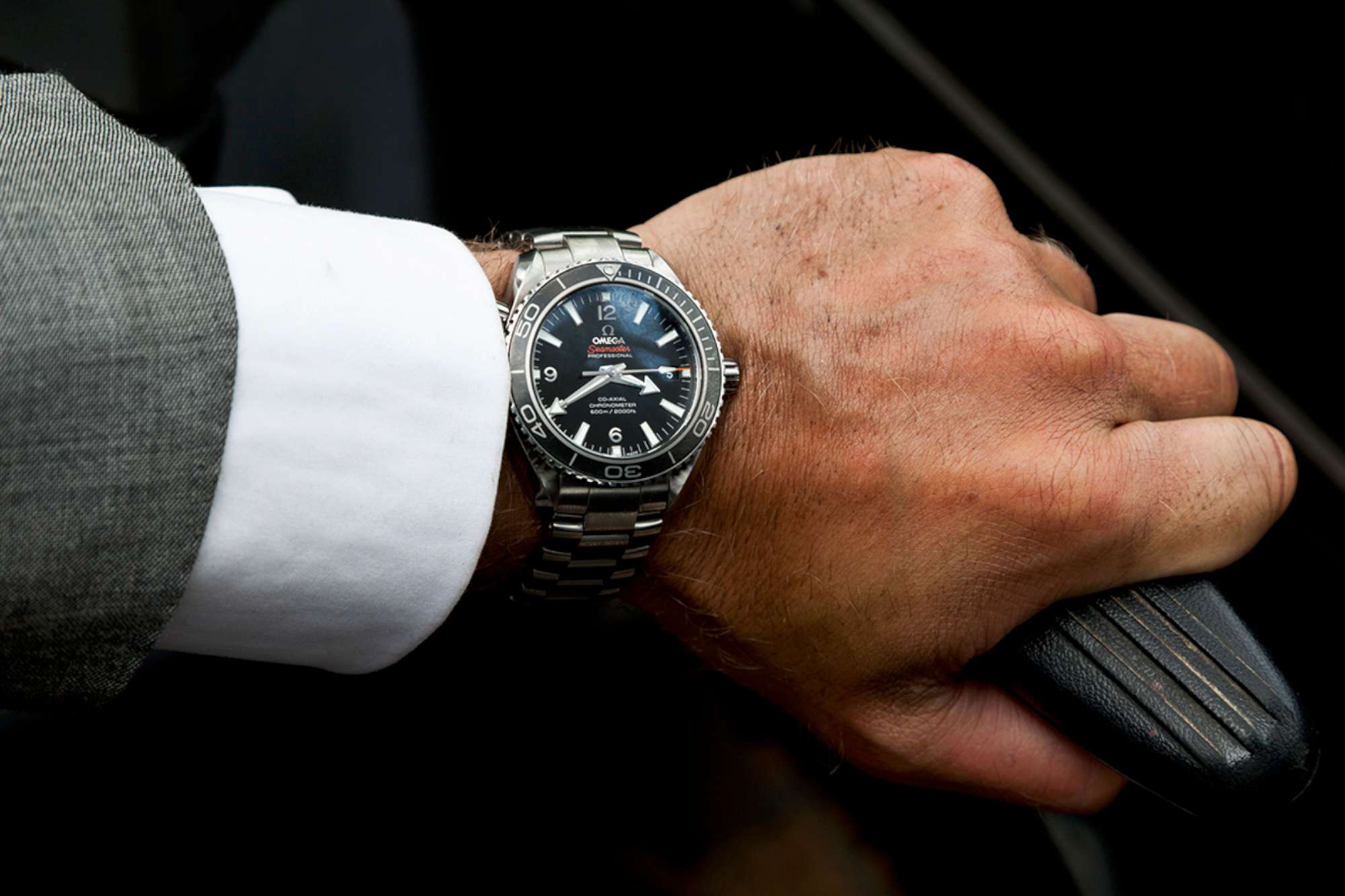 One watch brand appears frequently in movies, without paying anything at all. The Hamilton Pilot Khaki Pilot Day Date (reference H 64615135) is worn by Cooper, played by Matthew McConaughey in Interstellar (2014), while Cooper’s daughter Murph wears a watch that Hamilton developed specially for the part. This piece is a one-off watch combining various Hamilton hallmarks. This film follows Hamilton’s participation, with the Khaki Field Titanium Automatic, in Jack Ryan: Shadow Recruit, also 2014. Hamilton have accumulated a total of over 400 films, starting over 60 years ago with The Frogmen (1951) starring Richard Widmark. Hamilton’s close relationship with Hollywood often results in requests for unique watches developed specially for a certain personality or film. Below, the Hamilton Khaki Titanium (H70575733) worn in Jack Ryan: Shadow Recruit. 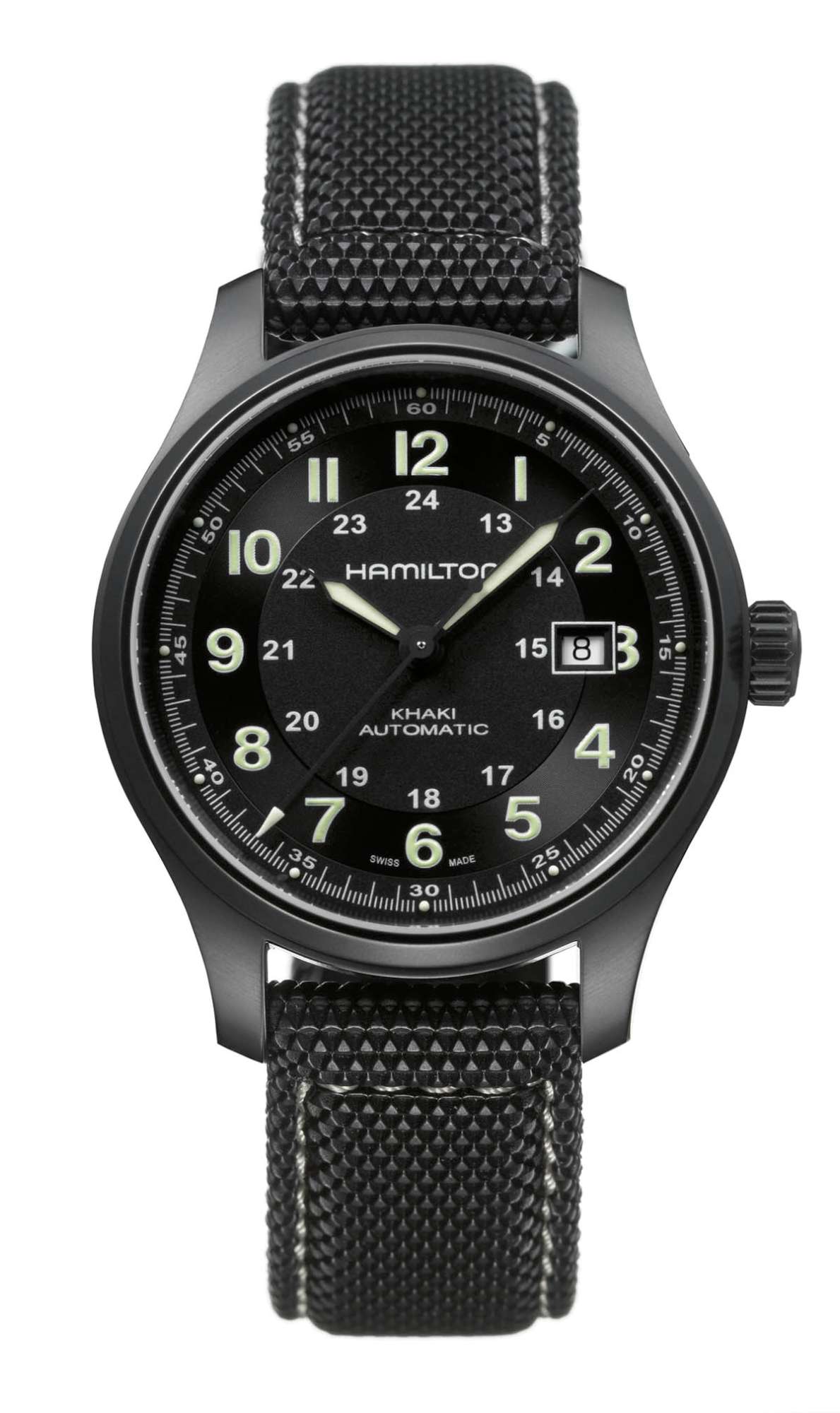 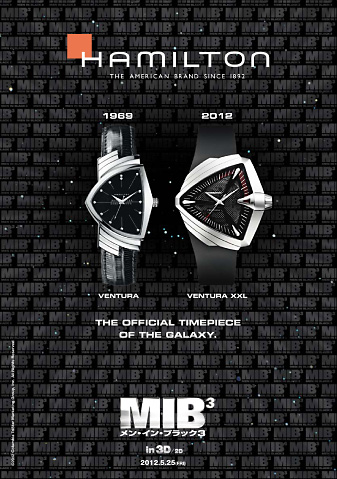 One of the most iconic watches in films is the Ventura, also by Hamilton. It was Elvis Presley’s personal watch, and he wore it in the film Blue Hawaii. Stanley Kubrick asked Hamilton to develop a new model specially for 2001: A Space Odyssey, and in Men in Black, the triangular Ventura, described as ‘the official timepiece of the galaxy’ in Hamilton’s communications, was given a luminous dial. It is worn by both Will Smith and Tommy Lee Jones in all the MIB movies. Other films in which Hamilton watches are featured include Die Hard, Ocean’s Eleven, Independence Day and A Beautiful Mind.

To return to James Bond, it was Sean Connery who first brought the Rolex Submariner to movies in Dr. No, and from then on it was Rolex right through until Pierce Brosnan and Omega in GoldenEye, 1995. Rolex has appeared in a huge number of films, often as part of the action. In 15 Minutes, Robert De Niro wears a Cosmograph Daytona. In Leaving Las Vegas, Nicholas Cage pawns a Cosmograph Daytona. “Five hundred dollars for a 93 Rolex Daytona? I’ll do it!” In Marathon Man, Dustin Hoffman exchanges his Rolex GMT for a taxi fare. In Rocky II, Sylvester Stallone goes shopping for watches and in one scene can be seen holding a Day-Date, a Lady DateJust and a GMT. 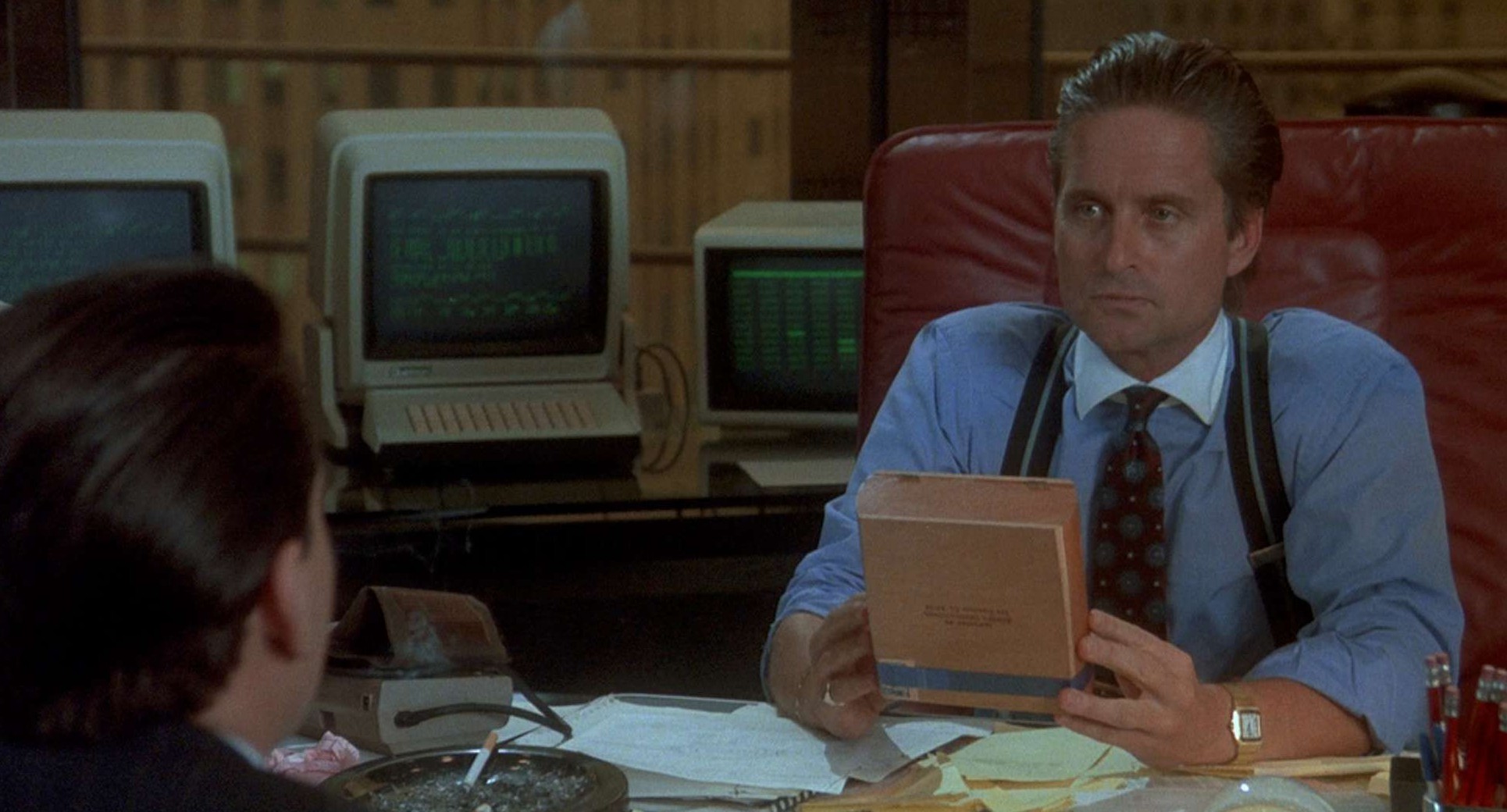 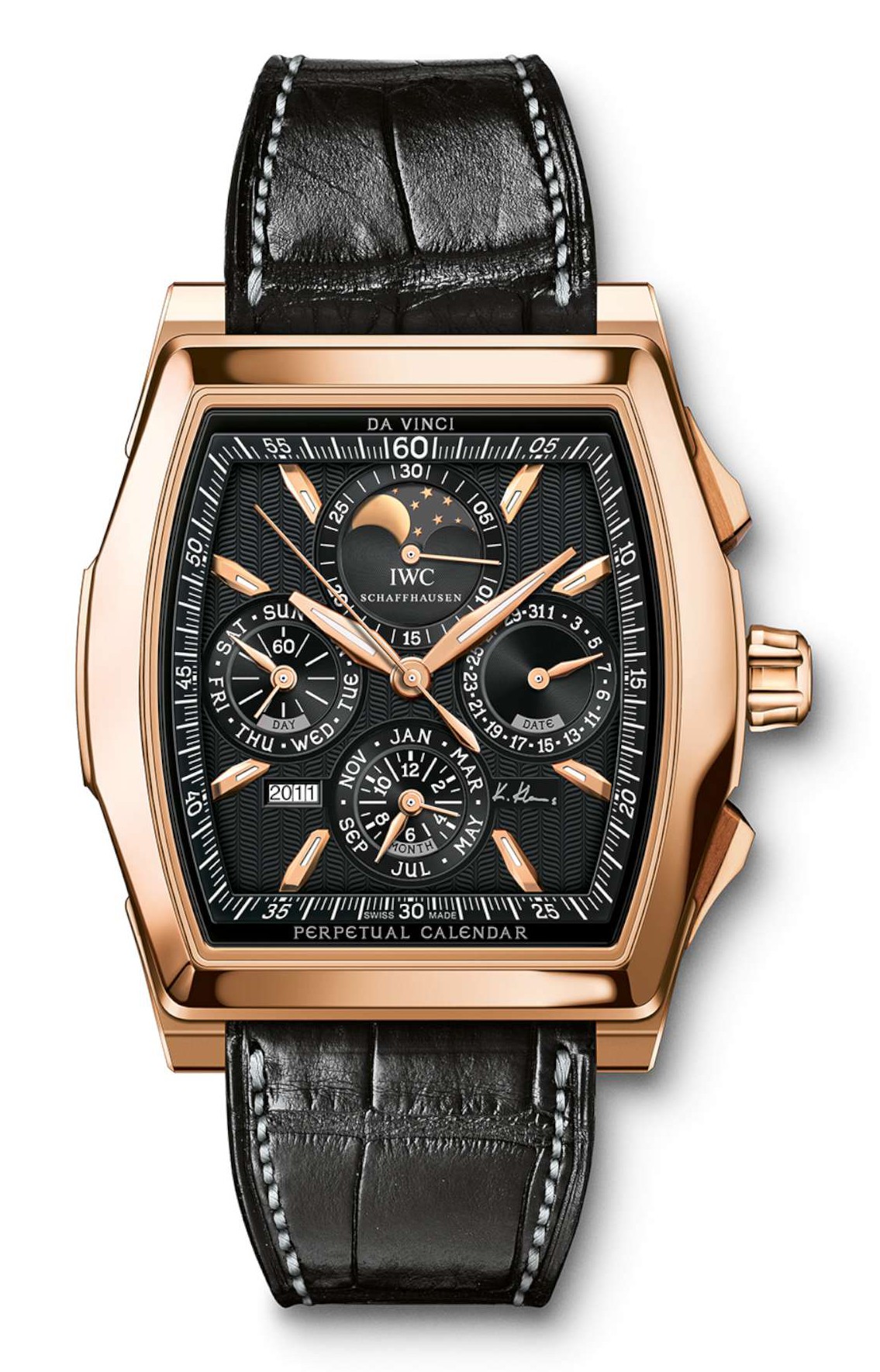 Tag Heuer is a brand with close connections to motor sports, and their Tag Heuer Monaco appeared in Le Mans, worn by Steve McQueen who plays the part of a racing driver. The brand name also appeared in Rush, in which the maison helped recreate the atmosphere of Formula One racing in the 1970s. In The Lincoln Lawyer, the Grand Carrera Chronometer is worn by Matthew McConaughey. Another film linked to cars is Drive, in which timing plays an important part: the watch worn by Ryan Gosling is a Patek Philippe with a brown leather strap. 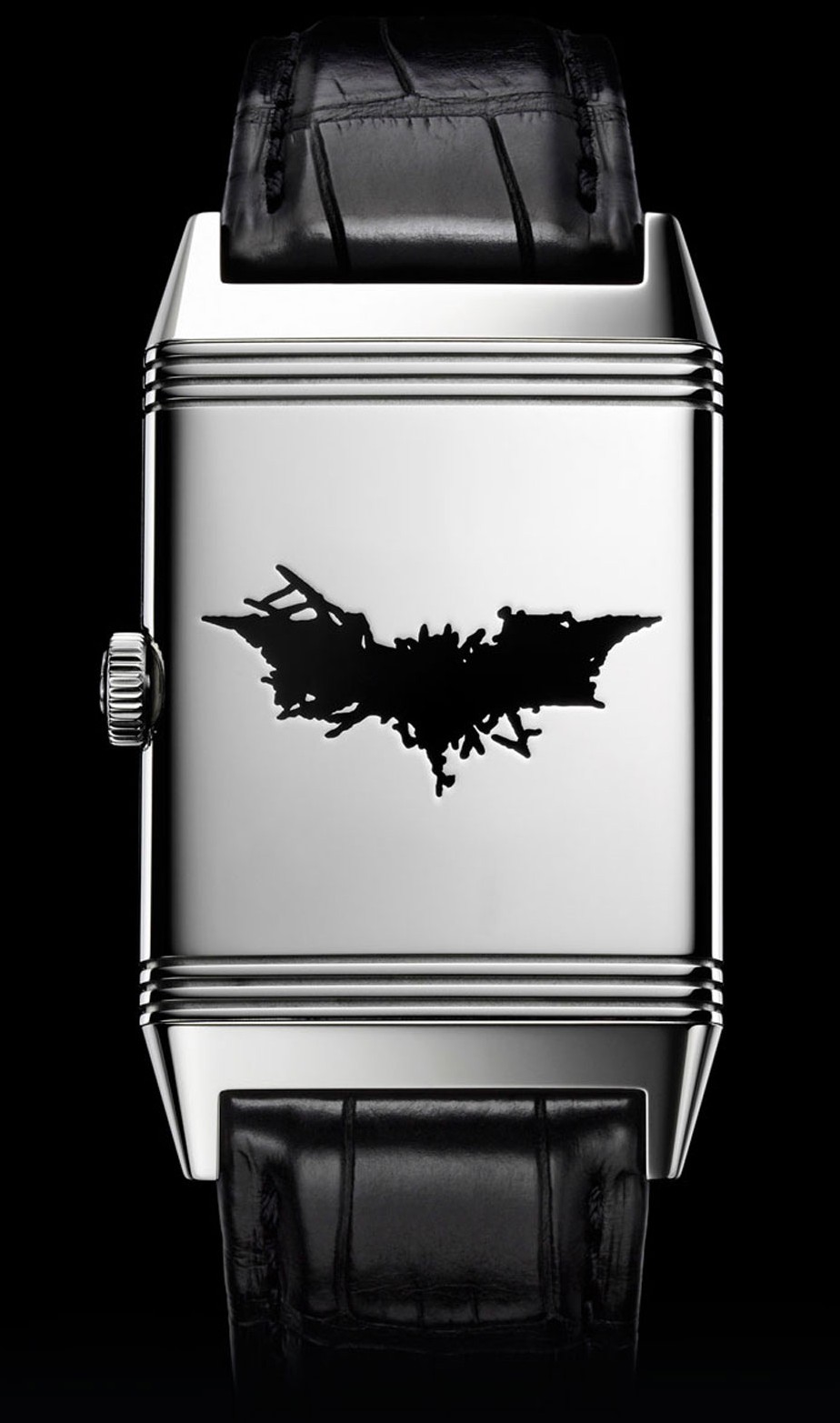 Quentin Tarantino’s Pulp Fiction contains a long monologue by Captain Koons, played by Christopher Walken, all focusing on an antique watch.
“This watch I got here was first purchased by your great-grandfather during the First World War. It was bought in a little general store in Knoxville, Tennessee, made by the first company to ever make wristwatches. Up until then, people just carried pocket watches. It was bought by private Doughboy Ryan Coolidge the day he set sail for Paris. This was your great- grandfather’s war watch, and he wore it every day he was in that war. Then when he had done his duty, he went home to your great-grandmother, took his watch off, and put it in an old coffee can, and in that can it stayed…”. The watch shown in the scene is branded Lancet, made by the Swiss Langendorf company, which produced a wrist watch for World War I infantry officers. Though it’s not true that Lancet made the first wristwatches (historic precedents include Cartier’s watch for Santos-Dumont, and Breguet’s watch for Marie Antoinette), it’s true that the need for wrist-worn timepieces brought them to popularity during the First World War. 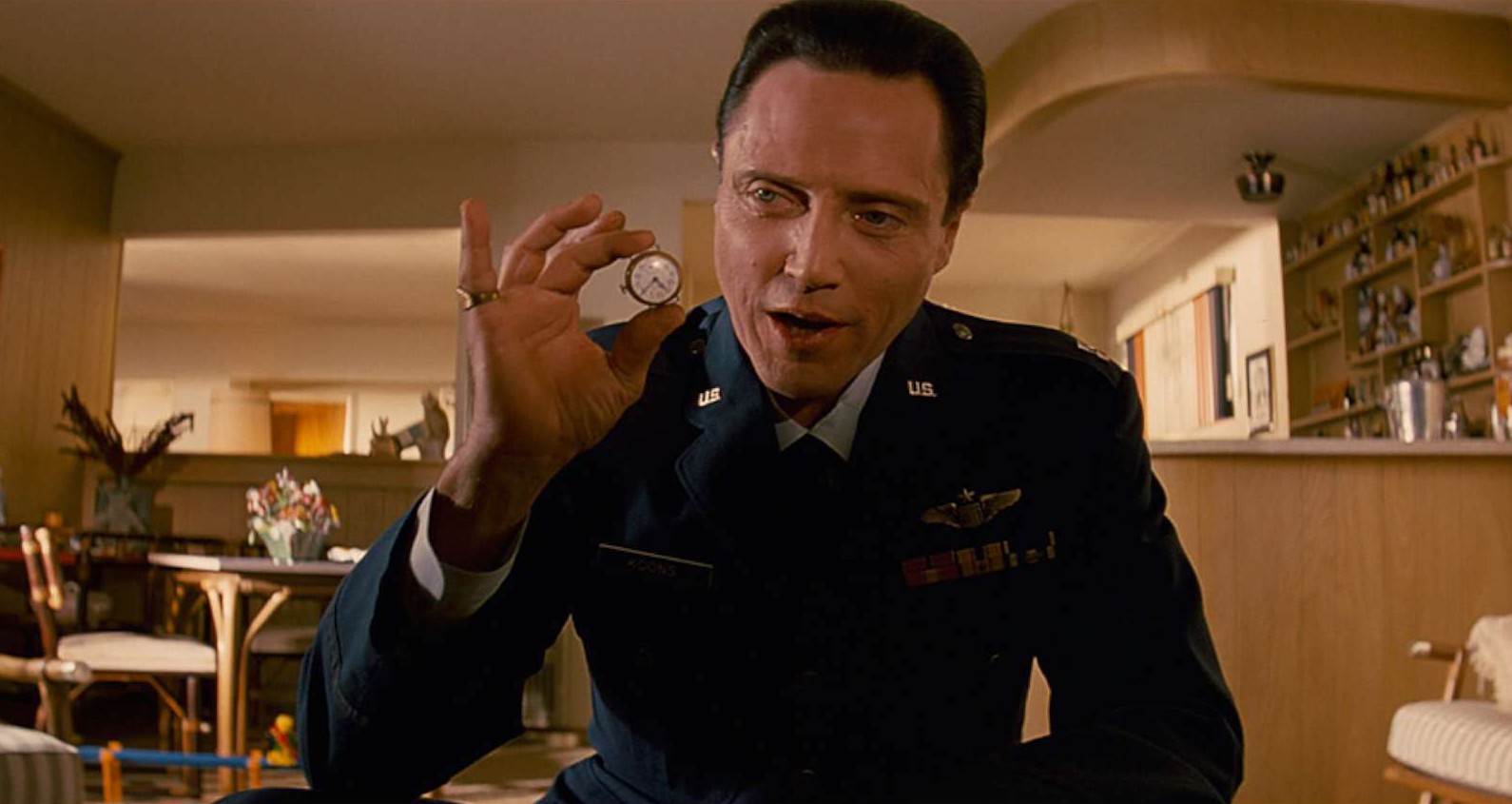 Rolex appears in another Tarantino classic, Kill Bill 2, and Uma Thurman uses it to time a pregnancy test. As the watch ticks, rather than sweeping, it seems that this is a fake Rolex. Aficionados say that this is a sophisticated statement by Quentin: fake martial arts film, fake Rolex. Who knows?