I have a sort of inborn distrust of watches with LED screens, and particularly one like this with not two but four pushers that hint at a great fat instruction book. But this is Omega, and it’s linked to an interesting project, flying around the world in a solar-powered aircraft. 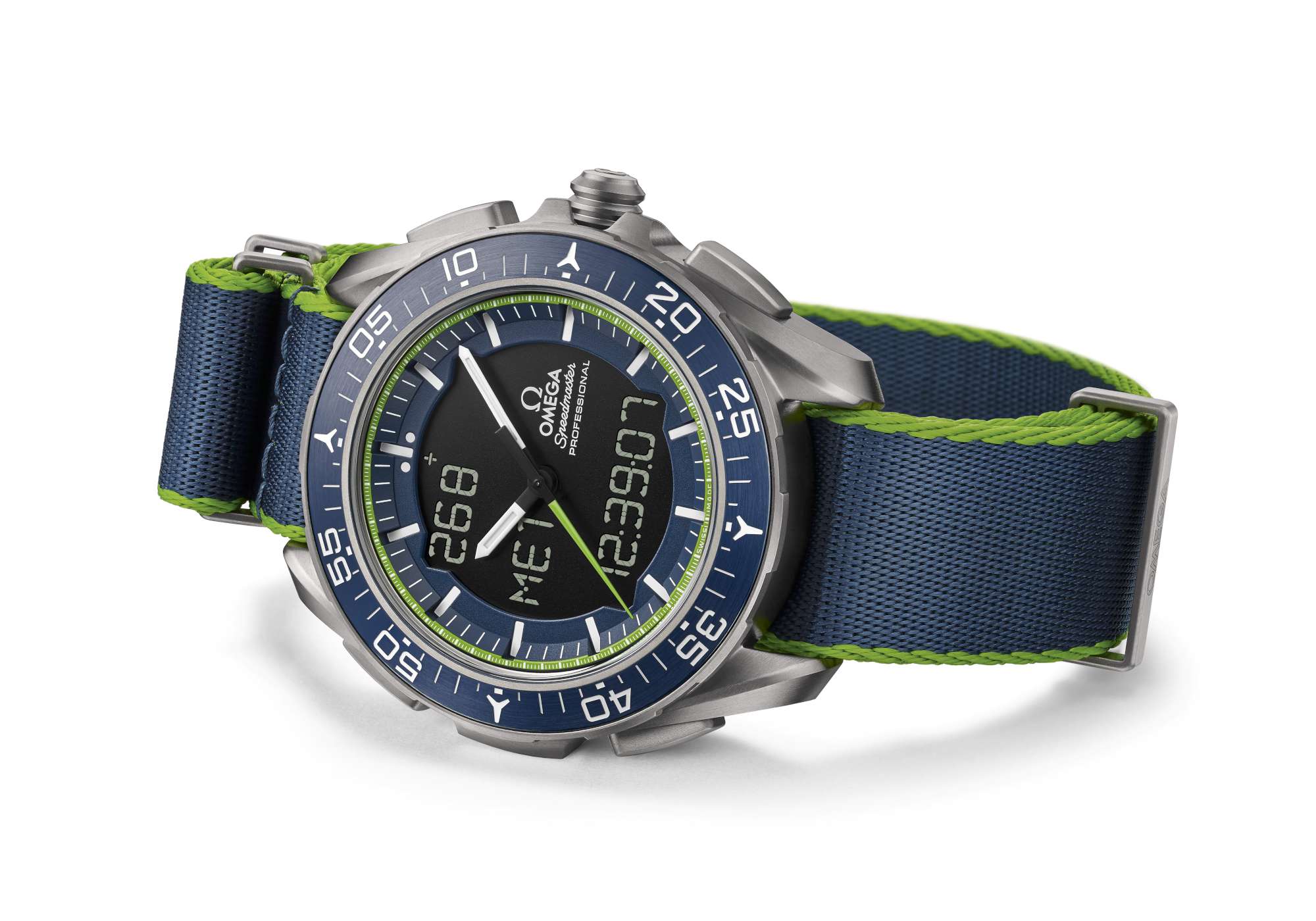 This watch, the Speedmaster Skywalker X-33 Solar Impulse Limited Edition, celebrates the Solar Impulse project. It is light, in ultra-light titanium, 45 mm in diameter, and attractive with its blue-green colour combination. The hands are coated in white SuperLuminova, and likewise the hour markers on the dial, and the minute track scale on the ceramic bezel. The watch has a NATO strap in blue, with green edging. The case contains the quartz Omega calibre 5619 movement; the caseback has a drawing representing Solar Impulse, and the words “Testified and qualified by ESA.” It is a limited edition of 1,924 watches, the number referring to the first flight around the world, from April to September 1924. Below, the effect of the SuperLuminova in dark conditions: 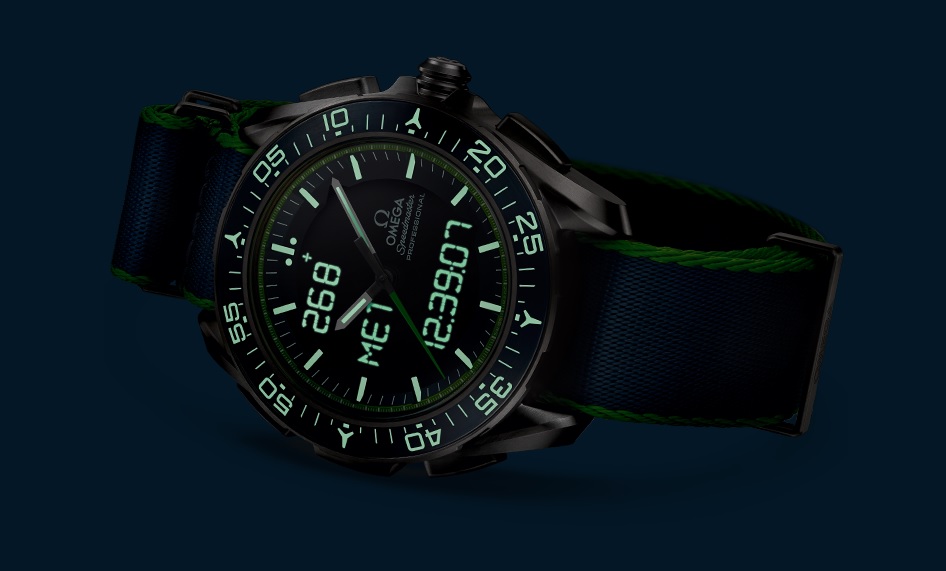 It’s interesting that the watch has retained at least one feature of the classic WW2 pilot’s watches, the two dots at the 12 o’clock position. 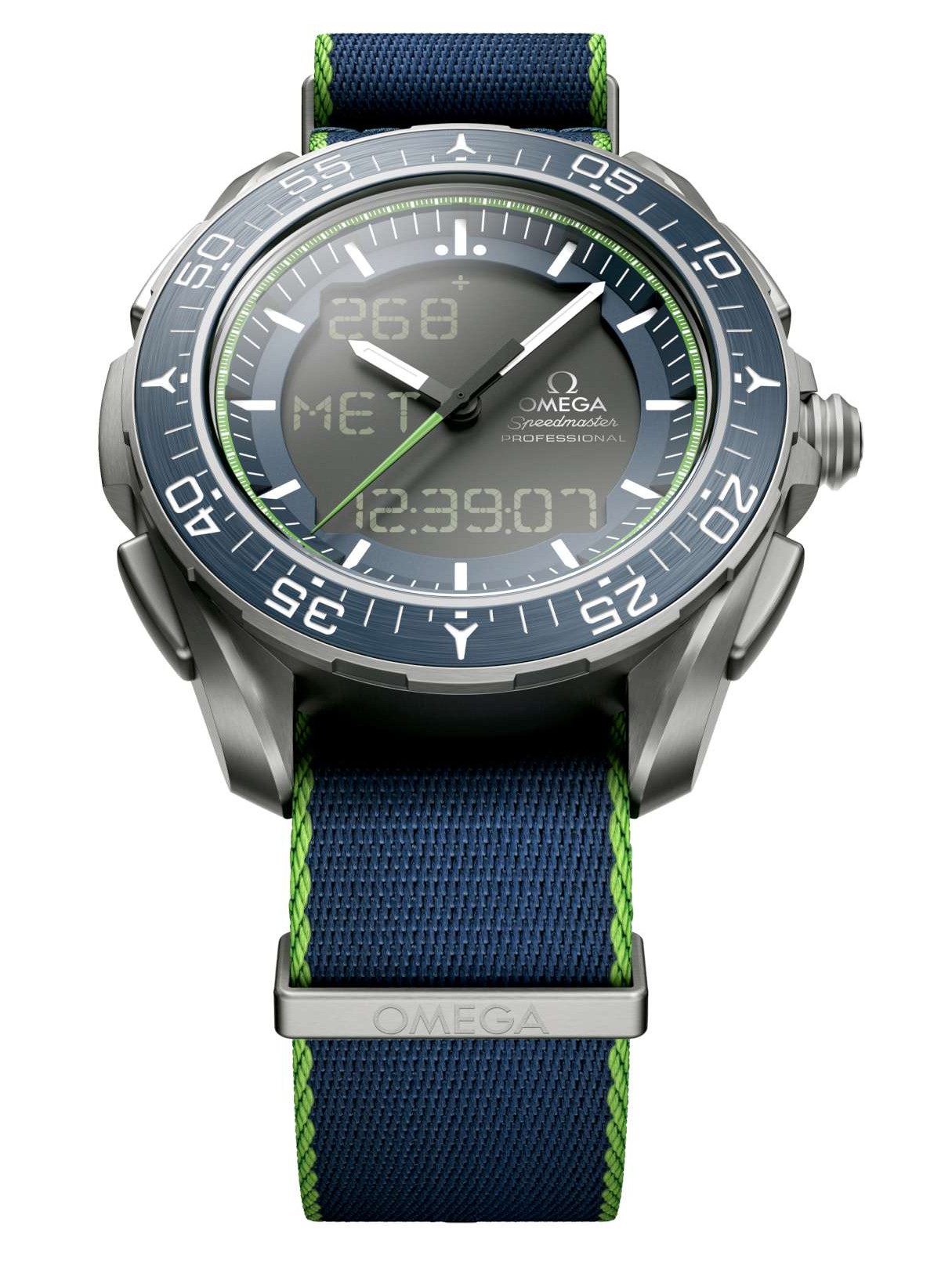 The watch celebrates Omega’s involvement in the Solar Impulse project, which will see the first flight around the world in an aircraft powered only by solar power. The aircraft is large (same wingspan as a Boeing 747), weighs just 1,700 kg, and is powered by four electric motors. The wings are covered with over 12,000 photoelectric cells, and the energy that they produce not only powers the motors but also provides enough reserve energy to keep the plane flying during the night. In 2012, the aircraft, named HB-SIA, flew from Switzerland to Morocco, crossing the Mediterranean. In March it will take off from Abu Dhabi, with the objective of flying around the world over the course of over five months, the first time an aircraft has completed this voyage using just solar energy. Omega is not just a financial sponsor: it has also contributed some technical features, such as a system of ultralight landing lights, a warning system that alerts the pilot if the aircraft banks in excess of a predetermined limit, and a suit with vibrating sleeves that wakes the pilot, or keeps him awake, during what will be a series of very long flights when he will have to get a few minutes of shut-eye every so often.

The Speedmaster Skywalker X-33 was developed in cooperation with ESA astronaut Jean-François Clervoy, who suggested including a mission time recorder that displays mission elapsed time (MET, the time from the start of the mission until now), and phase elapsed time (PET, elapsed times for other, shorter parts of the mission). The watch also provides a countdown to the mission end. The watch provides 12 functions that include time in up to three time zones, chronograph, and perpetual calendar. You can cycle through the functions by pressing the crown: universal time coordinate (UTC or Greenwich Mean Time), time zone 1, time zone 2, mission elapsed time, chronograph, timer. If you press and hold the crown, you get to another group of functions: three phase-elapsed times, and three alarms. Setting it all up definitely requires consultation of the instructions, because the perpetual calendar and mission elapsed time functions work for each time zone and so there is quite a lot of information to input. The chronograph is entirely digital; the analogue seconds hand continues ticking sedately around the dial indicating the time alone. The chrono includes the split time function, so that you can read off an intermediate time while it is still running. The timer is a nice function: you just set the desired time span and press a pusher to start it, and it beeps for the last five seconds and then at expiry of the time. The alarms for the phase elapsed times have differing sounds, with double or treble tones and syllables (two different chirps), so that you can distinguish which phase has terminated. The hands can be disengaged from time indications when required in order to provide an unobstructed view of the digital display.

Omega take their association with space flight very seriously, and the Skywalker X-33 is tested at the ESA testing facility in Noordwijk, in the Netherlands, to ensure that it can survive space mission conditions, such as up to 7G, vibration, vacuum and exposure to radiation. 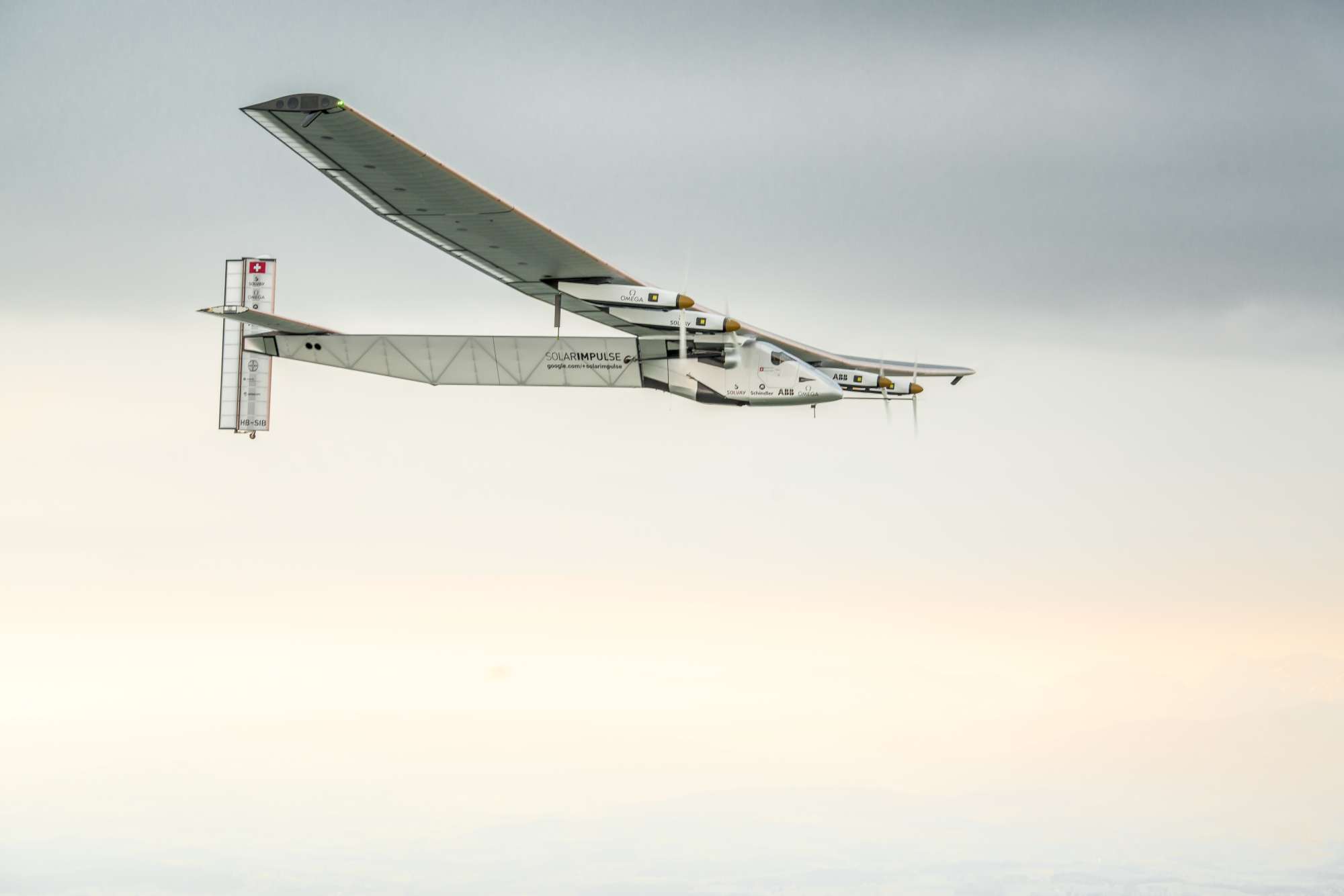 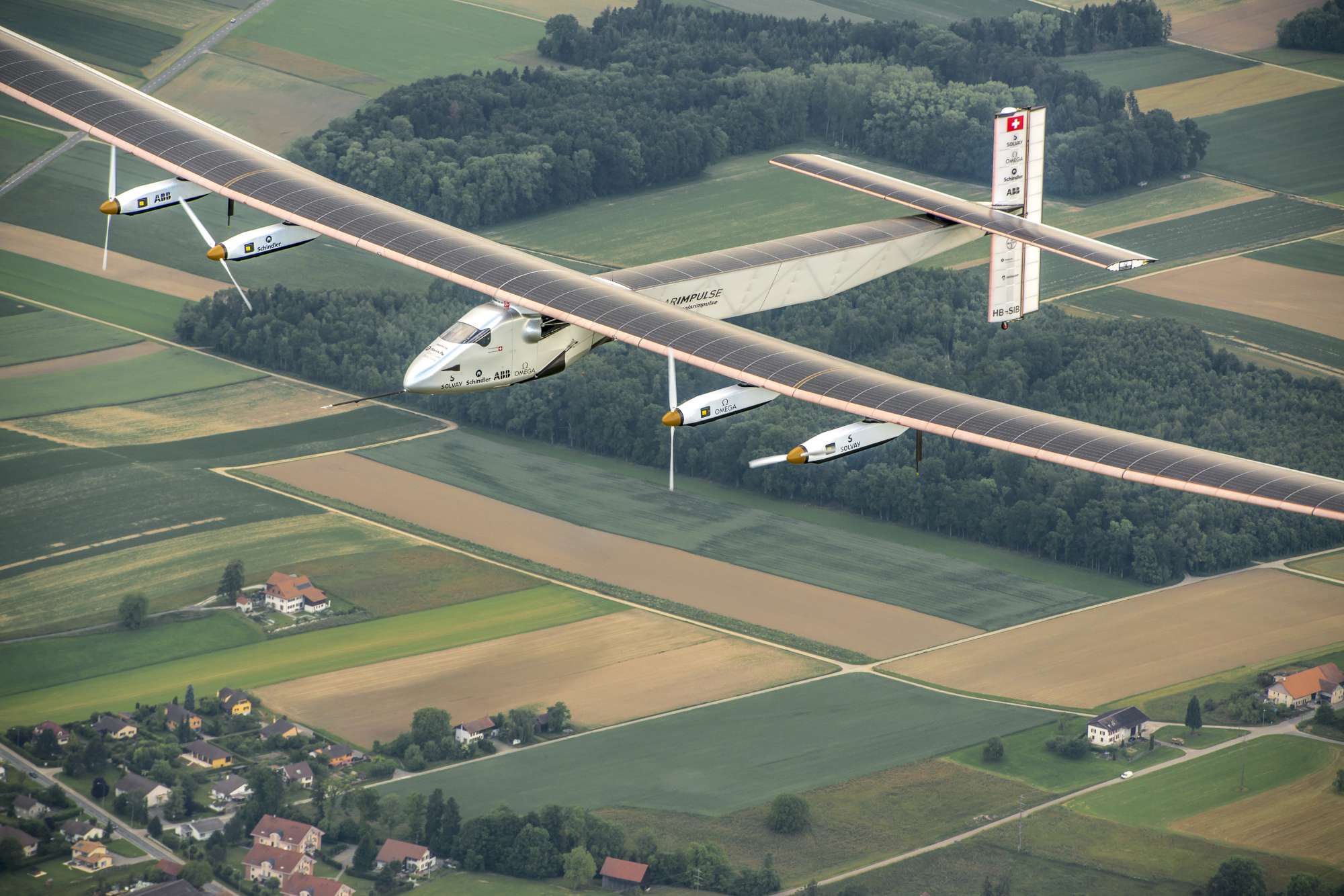 Below, one of Omega’s contributions was a DC current converter: 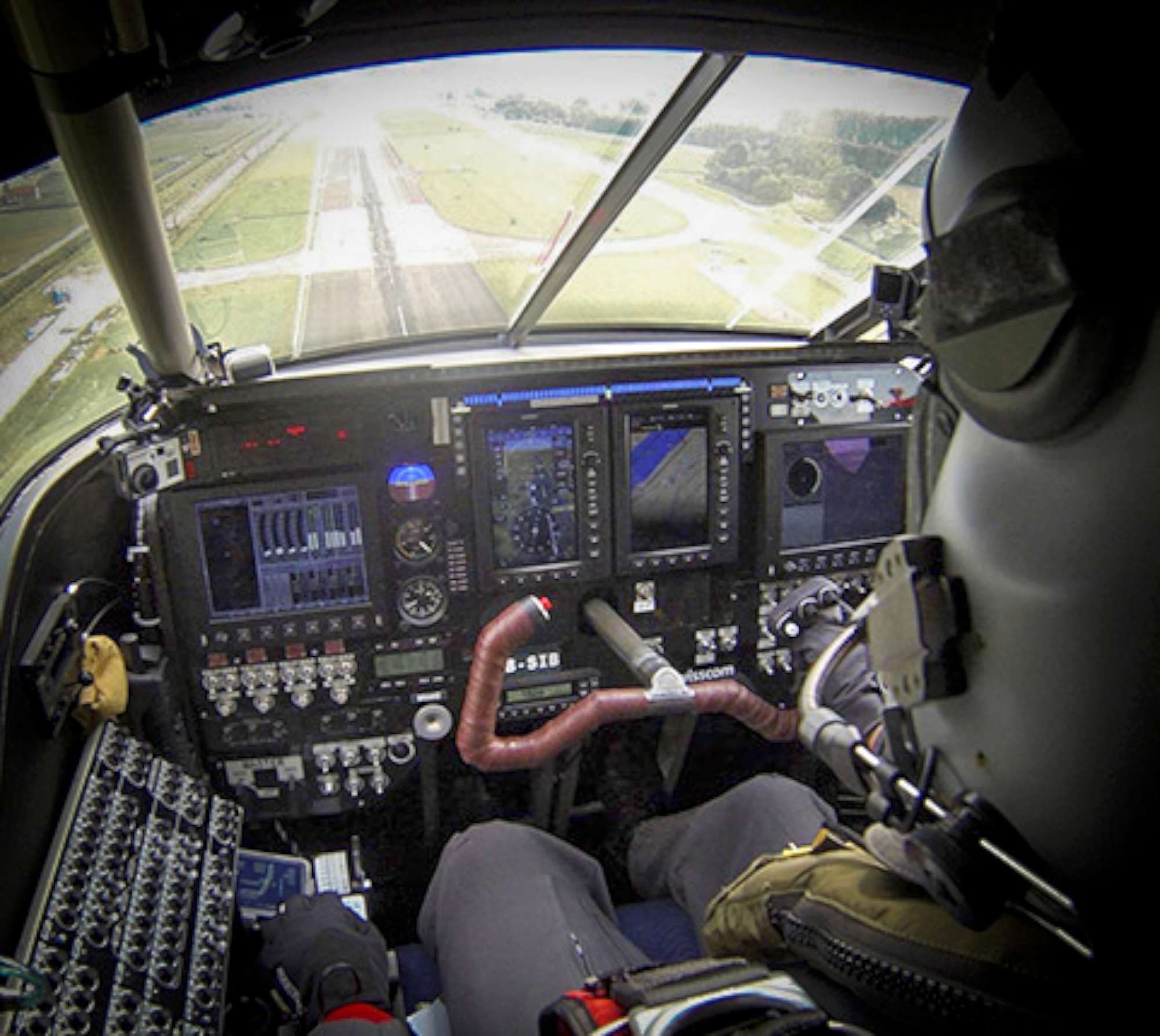 Below, flight suit with vibrating sleeves to ensure the pilot’s attention, also developed by Omega. 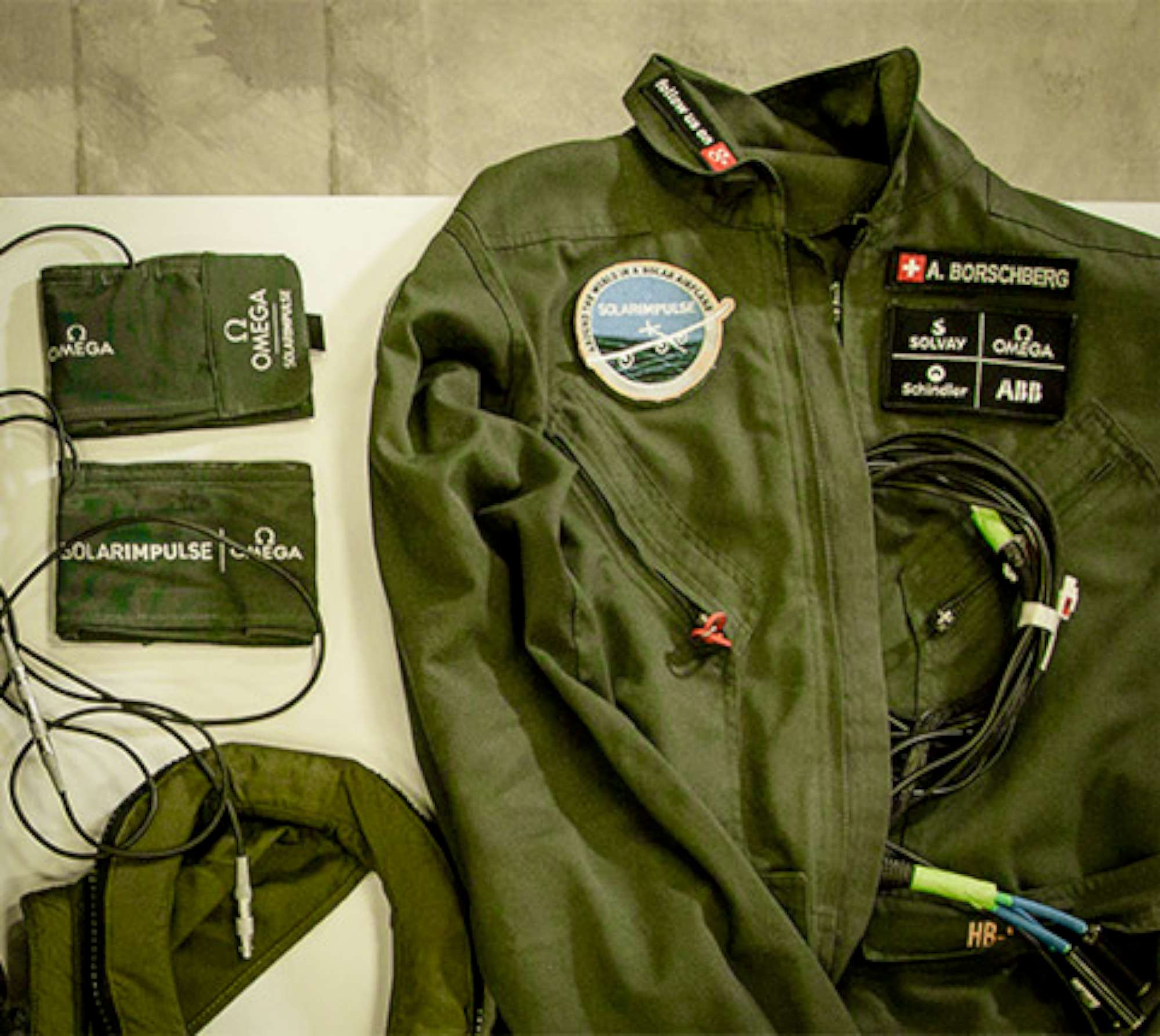 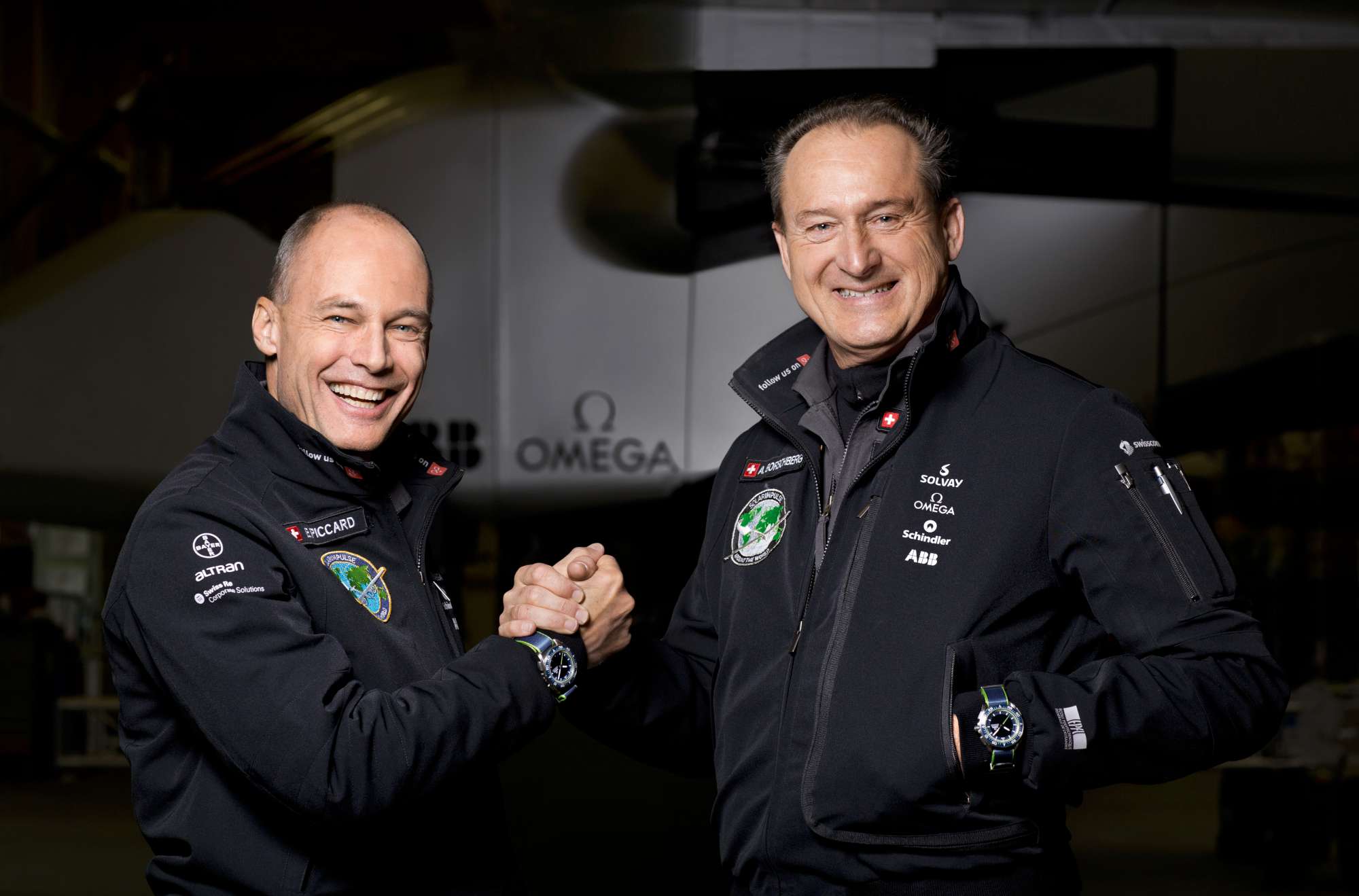