Why was astronomy such a marked trend at SIHH, the watch show held in Geneva in January? Difficult to say, but several of the stands at the event showed a powerful astronomical theme, and other brands had some models linked to astronomy amongst their new products. 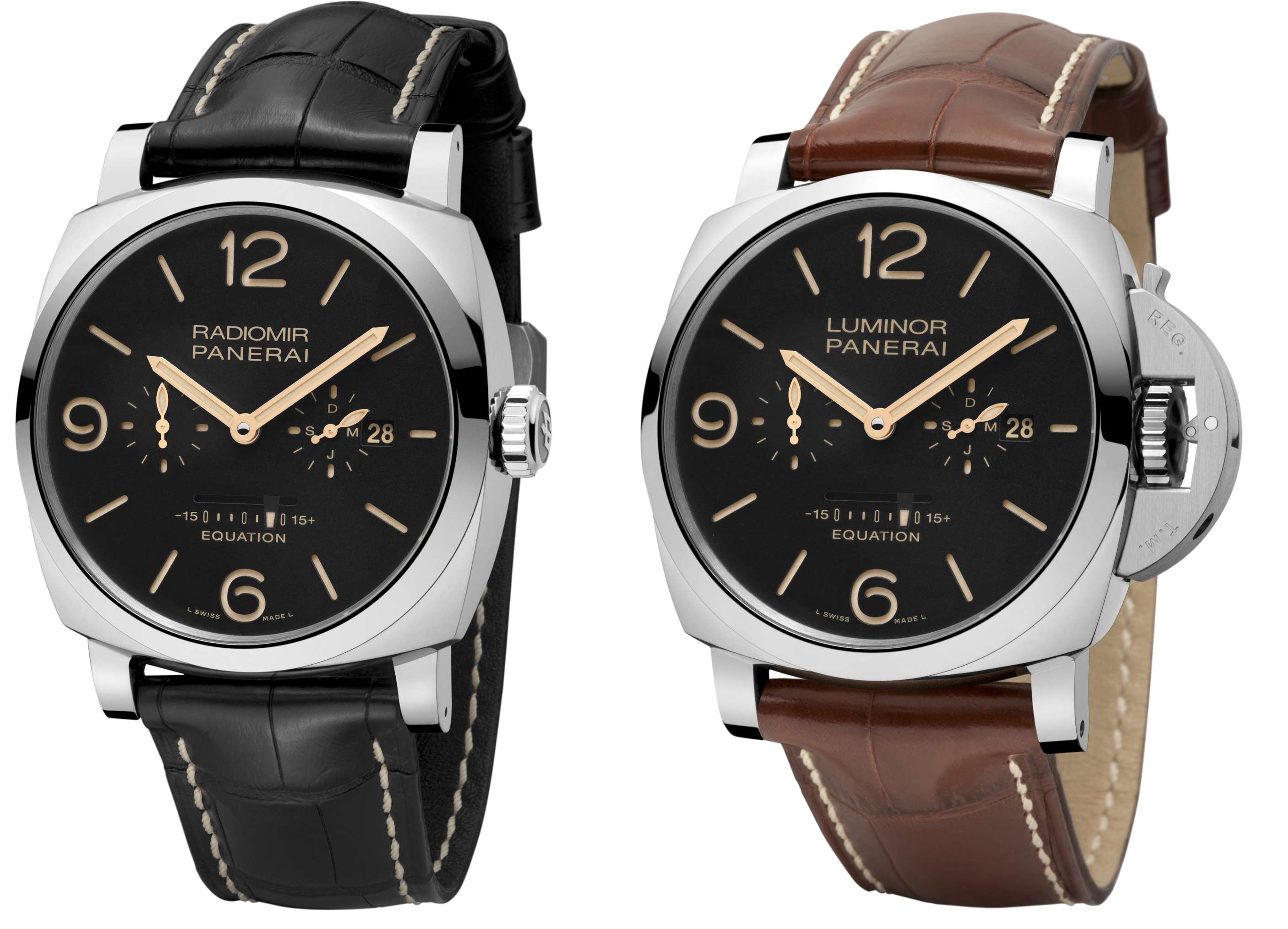 Panerai’s major inspiration has always been its marine heritage based on the years in the 1930s and ‘40s when it supplied large watches to the Italian navy for its commando divers, but this year two new models were presented with the equation of time function. Usually, as in the Quantième Perpétuel à Équation by Greubel & Forsey, the equation of time is linked to a perpetual calendar and so the watch is very complicated, with the equation of time displayed (in the case of the piece by Greubel & Forsey) on the reverse of the watch. But in the two Panerai pieces, the equation of time is displayed alone, on a linear sliding scale, with just the date, month and basic time functions. Over the course of the year, the astronomical length of a day – which corresponds to the time taken by the earth to complete one rotation on its axis – varies by up to 16 minutes more or 11 minutes less than the standard 24-hour length of one day, due to the elliptical shape of the earth’s orbit, and the tilt of the earth’s axis with respect to the orbital plane. Every year, there are two maximum durations and two minimums, and there are just four days on which the day is exactly 24 hours long.

The two watches, the Radiomir 1940 Equation of Time 8 Days and the Luminor 1950 Equation of Time 8 Days, are very similar in appearance, one with the Radiomir 1940 case, and one with the Luminor 1950 case which was the historical development of the Radiomir and has the characteristic crown-protector. Both are made in stainless steel with high-polish finish. They have the Panerai sandwich dial with luminescent paint at the centre and markings created by piercing the top layer of the dial, for greater luminosity and legibility. The dial is beautifully simple, with the linear equation of time indicator, a continuous seconds subdial at 9 o’clock, a date window at 3 o’clock, and a subdial showing the months. They are very large timepieces, the Radiomir 1940 48 mm in diameter, and the Luminor 1950 47 mm. 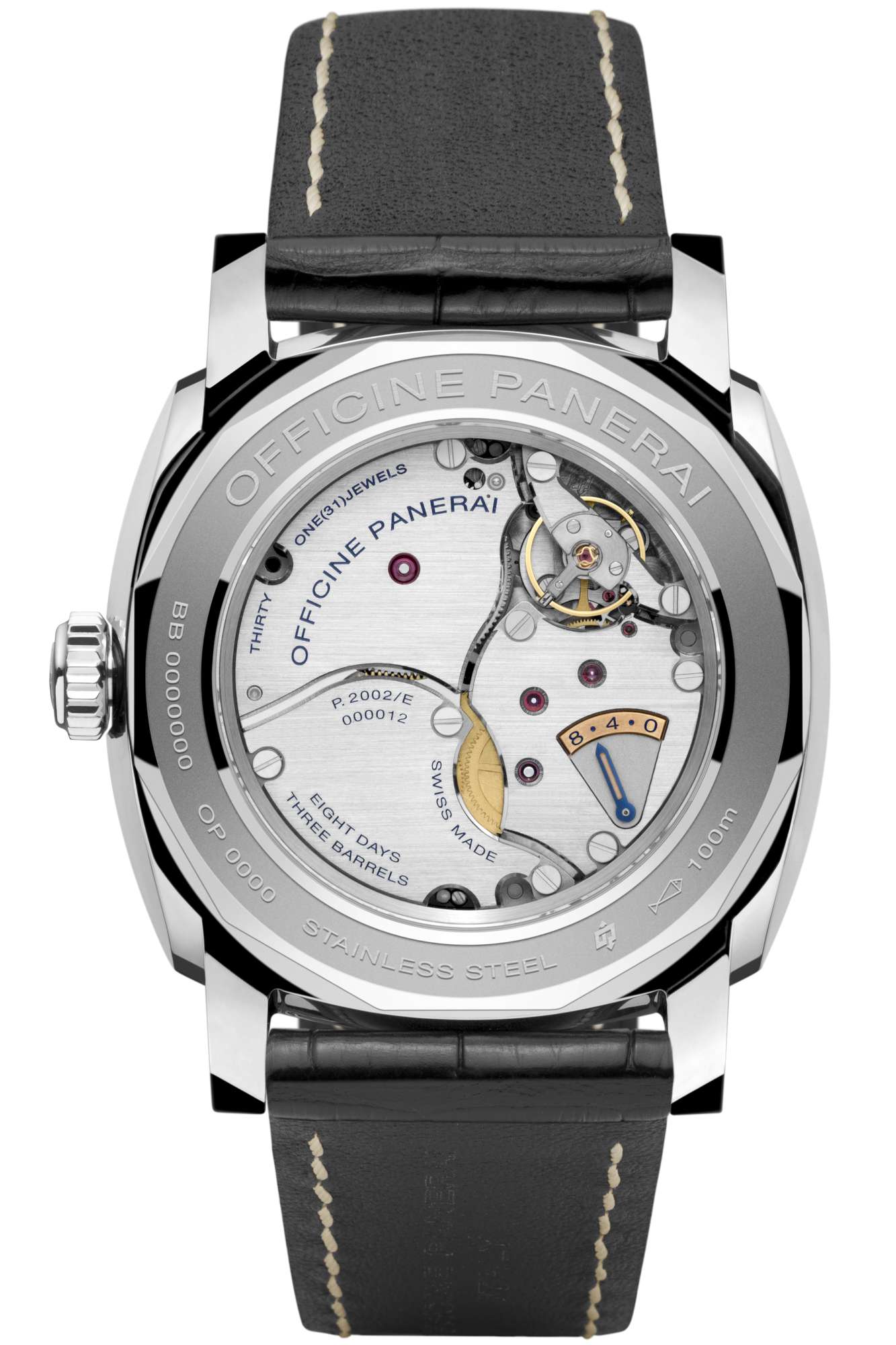 Back of the Radiomir 1940 Equation of Time 8 Days

The watch is powered by the P.2002/E movement, an in-house calibre based on the P.2002 that was the brand’s first in-house movement presented in 2005. It is hand-wound with three barrels that provide the massive eight-day power reserve (192 hours) that is one of the Panerai hallmarks. The movement is visible through the sapphire caseback, where there is a power reserve indicator. Both watches are resistant to 100 metres of water, and are mounted on alligator straps. 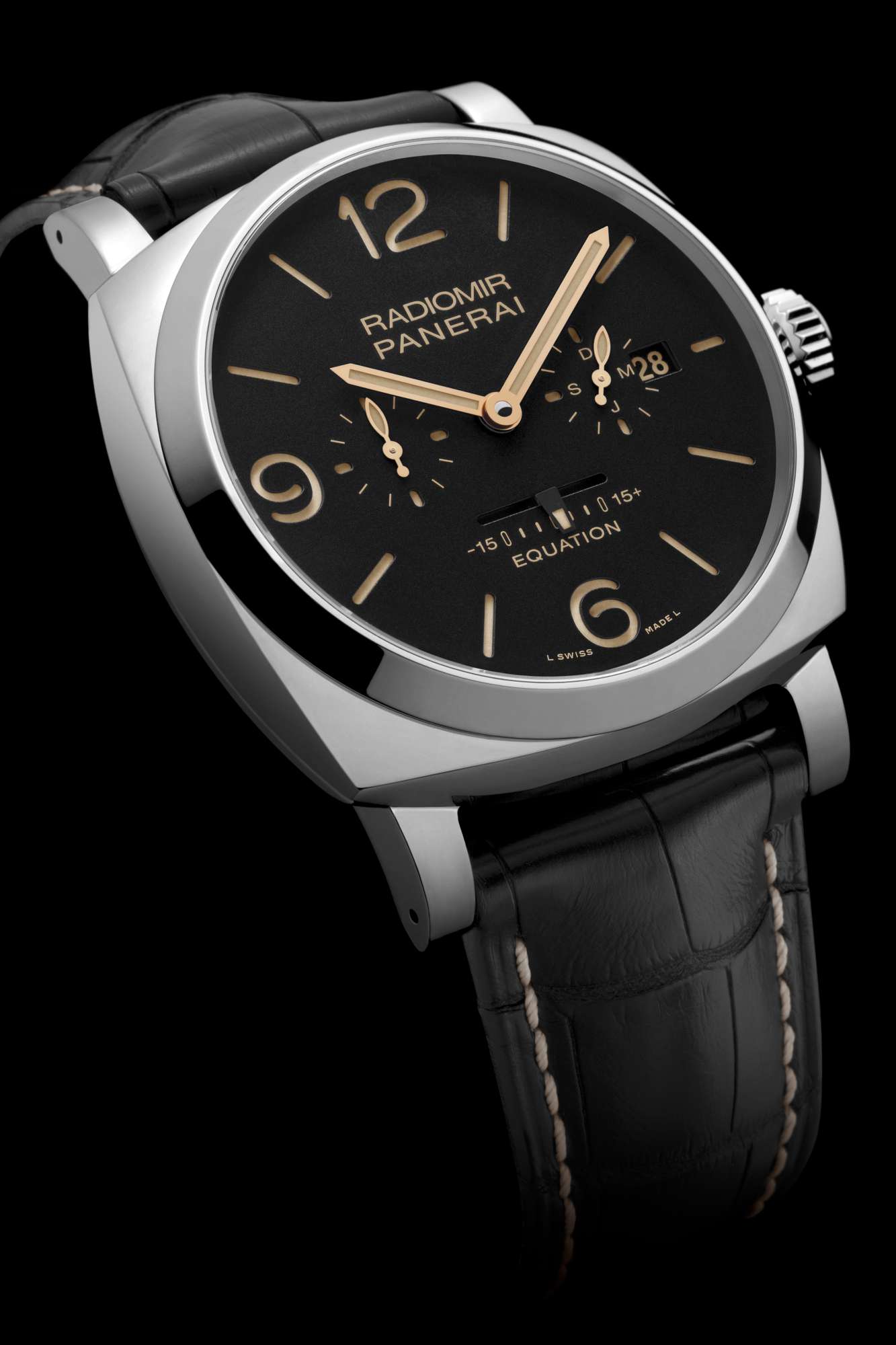 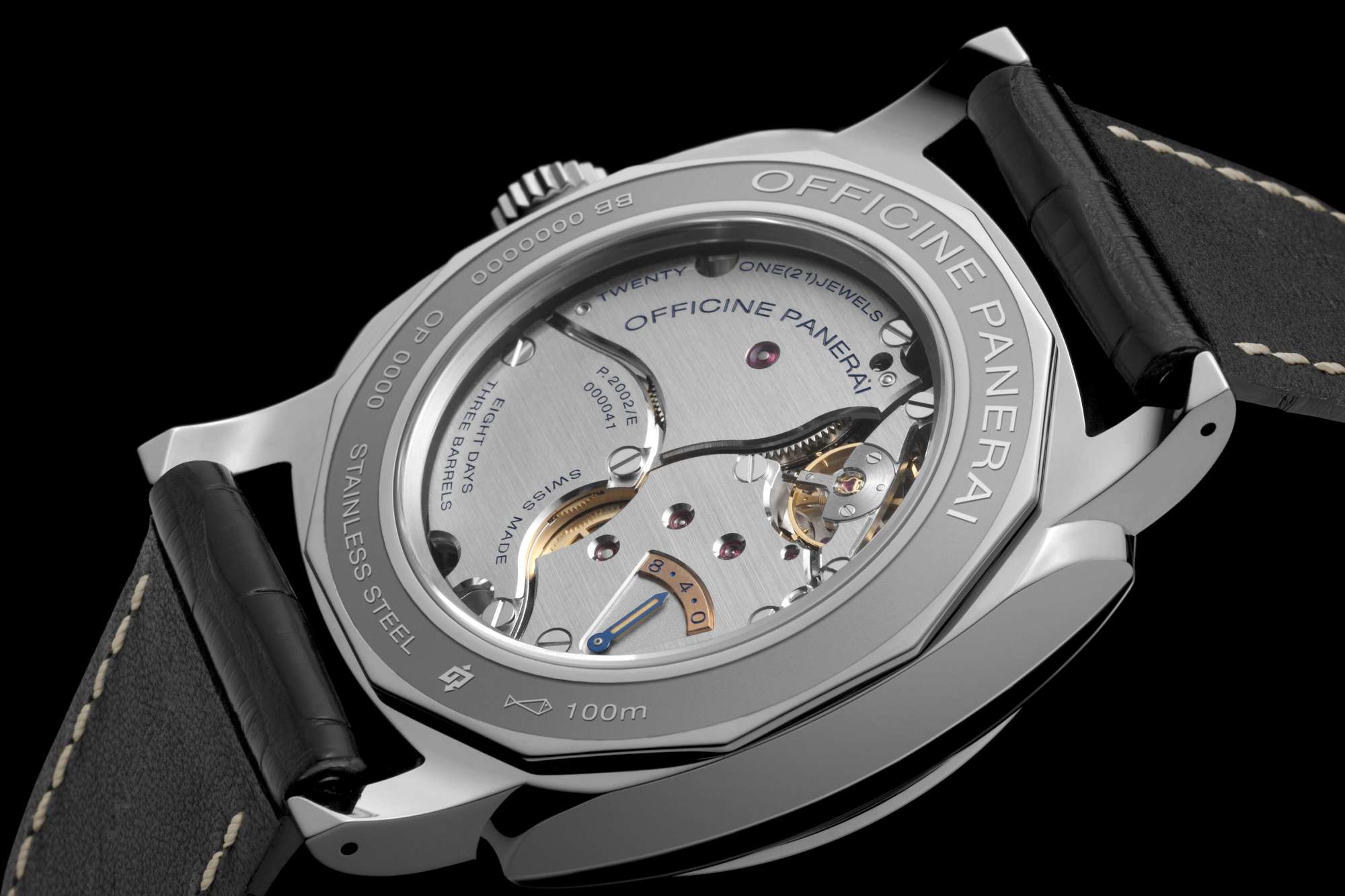 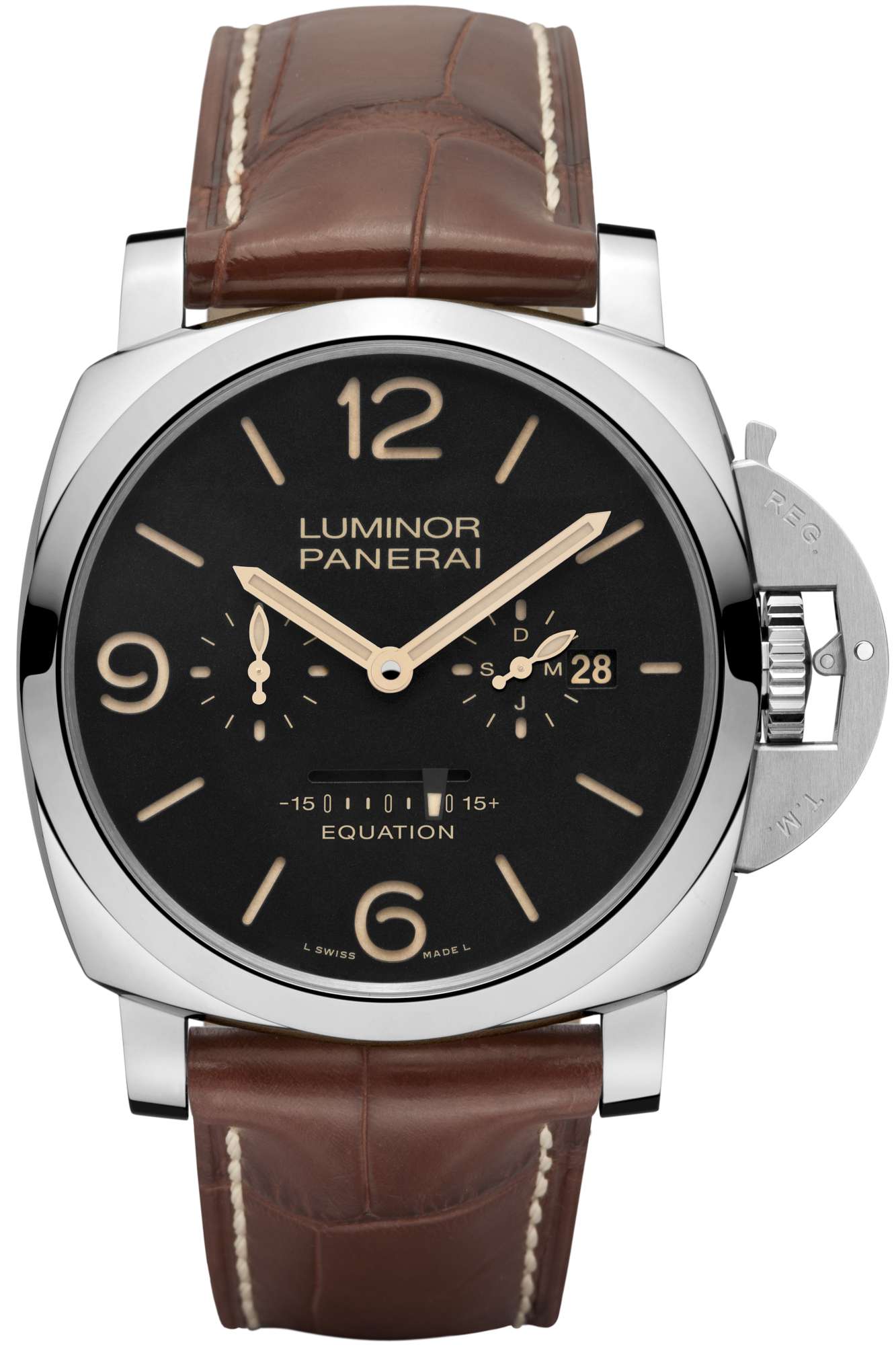 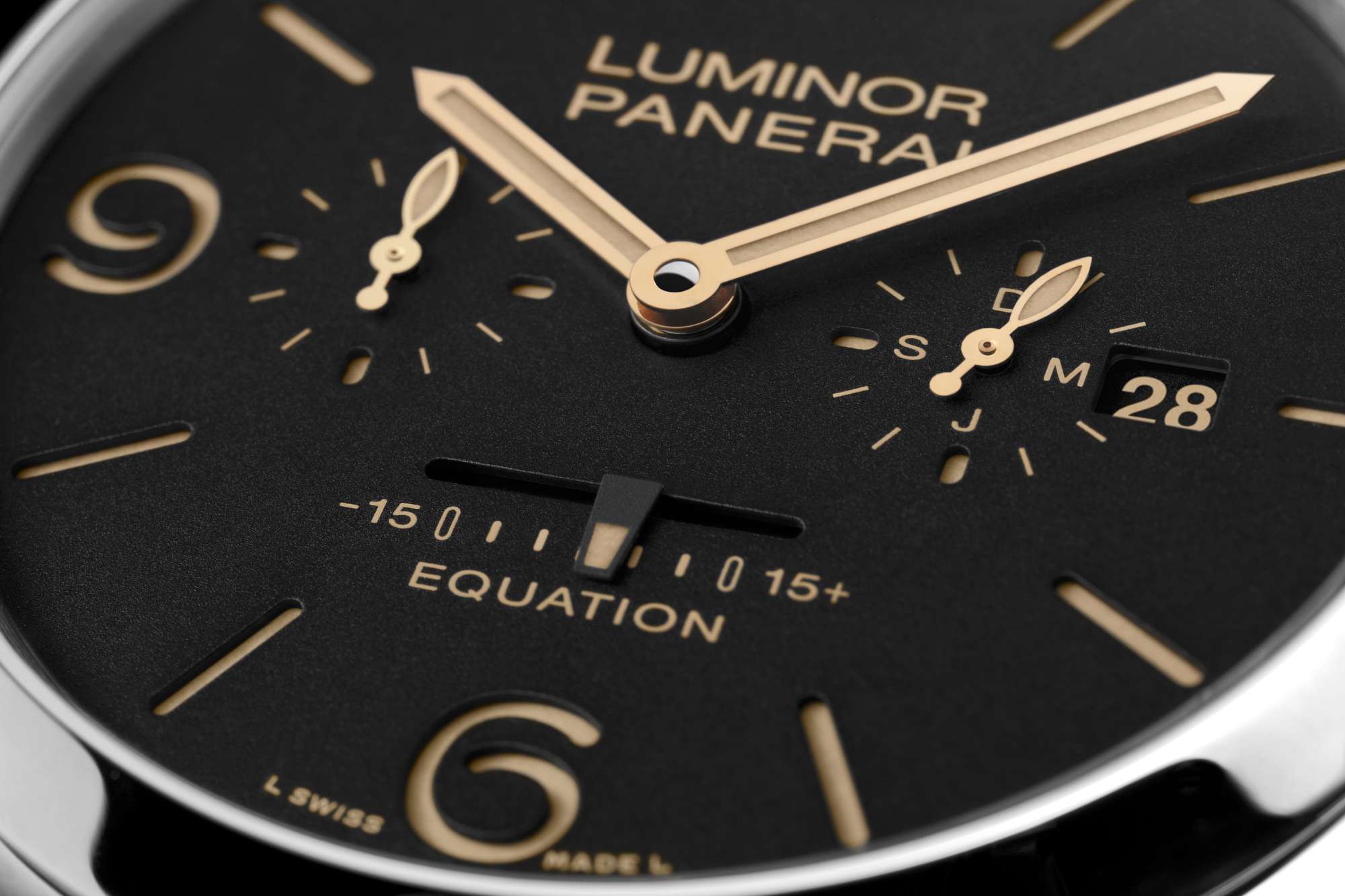 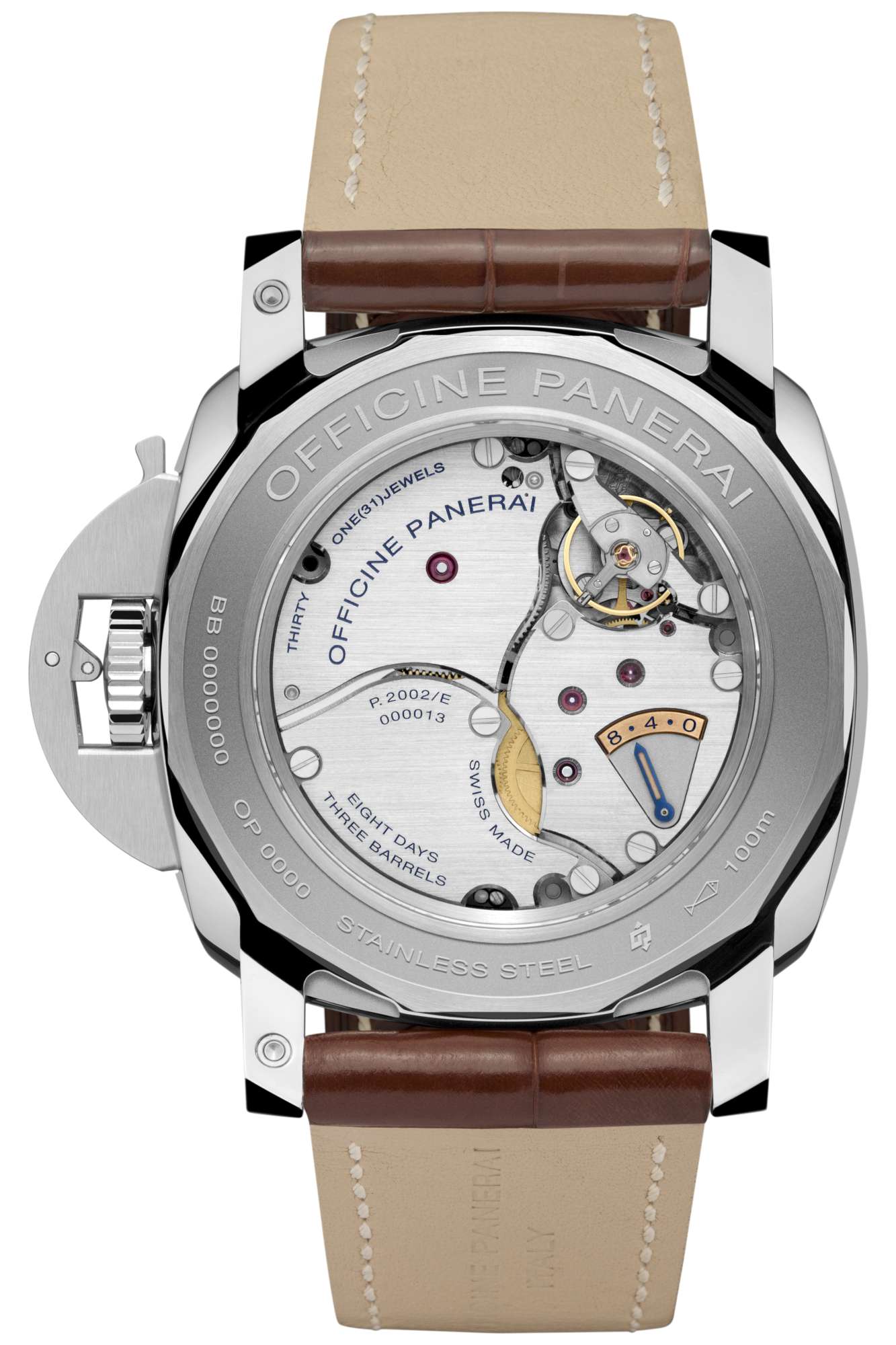