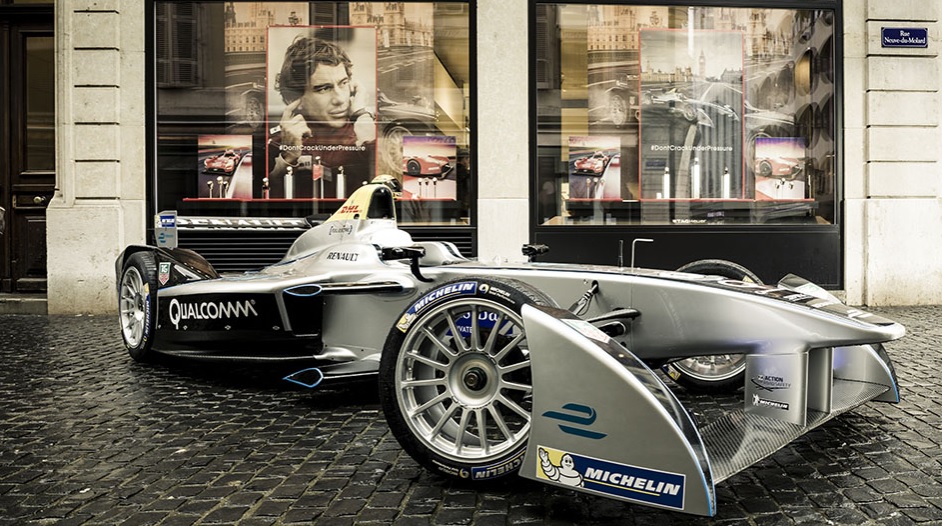 The Geneva Motor Show runs at Palexpo in Geneva from 5 to 15 March 2015, and the exhibitors include watch brand TAG Heuer who will be returning to the same venue four days after the car show has ended, for Baselworld from 19 to 26 March. To mark its presence at the Motor Show, TAG Heuer exhibited a Formula One FIA E electric race car outside its boutique on Rue Robert-Céard 9, in a ceremony launched by Swiss councillor Fathi Derder who is trying to introduce the electric Formula E races into Switzerland. The E-car was driven by Swiss racing driver Simona de Silvestro, 26 years old, who is close to entering Formula One racing as an affiliated driver with Sauber. De Silvestro drove the car from the Tag Heuer boutique around the streets to end up in Quai du Mont-Blanc. 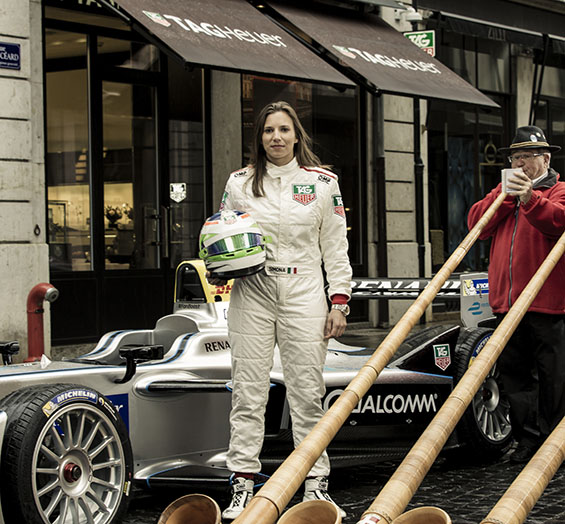 The outlook for Formula E racing in Switzerland is looking better today. There have been no motor races in Switzerland since the last race held at Bremgarten circuit near Bern in 1954, with concerns being principally environmental, but the National Council adopted Fathi Derder’s proposal for a new law, still to be confirmed by the Council of States. It could mean that Formula E races could be held in Swiss cities in the future. “We would never have dreamed of getting an ePrix in Switzerland off the ground without TAG Heuer and Jean-Claude Biver’s continuing support,” said Alejandro Agag, CEO of Formula E. “We are very proud to have TAG Heuer as a founding partner, and thankful that they are able to assist us in this exciting challenge. If the race takes place, TAG Heuer will definitely be our title sponsor.” (source: fiaformulae.com)

Below, the TAG Heuer stand at the Geneva Motor Show: 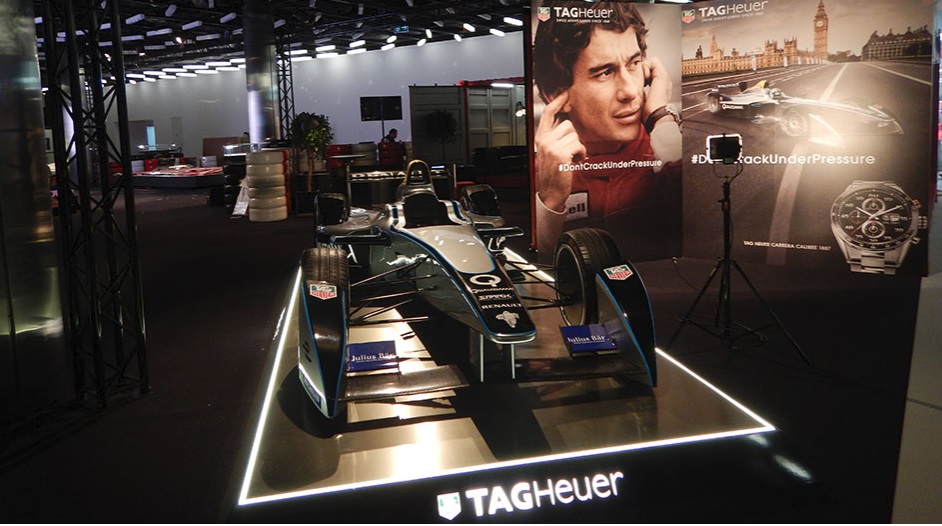