It seems to be the year of the annual calendars. De Grisogono have released information about their new Instrumento N° Uno Annual Calendar, which has all the quirky asymmetry of the Instrumento models, with two extra digital windows, one for date at 12 o’clock, and one for month at 7 o’clock. There is a small seconds dial at 5 o’clock. The annual calendar can run for a year without adjustment, requiring the owner’s intervention only at the end of February.
The watch is made in rose gold, with an integrated bracelet and a crown set with a black diamond. It is powered by the calibre QA20-89 automatic movement, with 42 hours power reserve. The bracelet has a triple-blade folding clasp in rose gold. 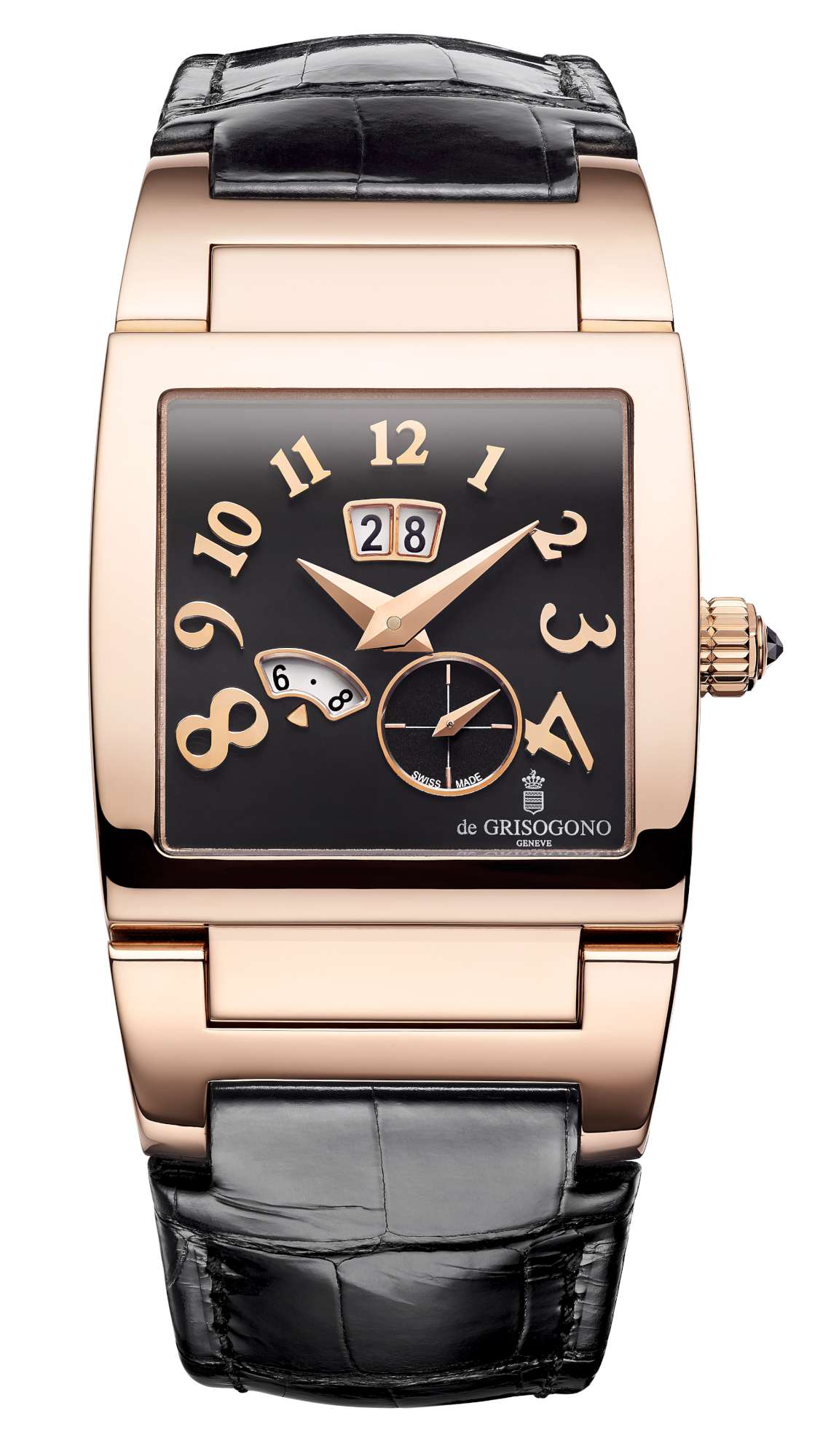 De Grisogono is primarily a jewellery company, but it has been making watches as well since 2000, with the creative input of brand owner Fawaz Gruosi. This year marks their 15th watchmaking anniversary and they will be celebrating with a new series of watches presented at Baselworld, which opens officially on 19 March 2015.