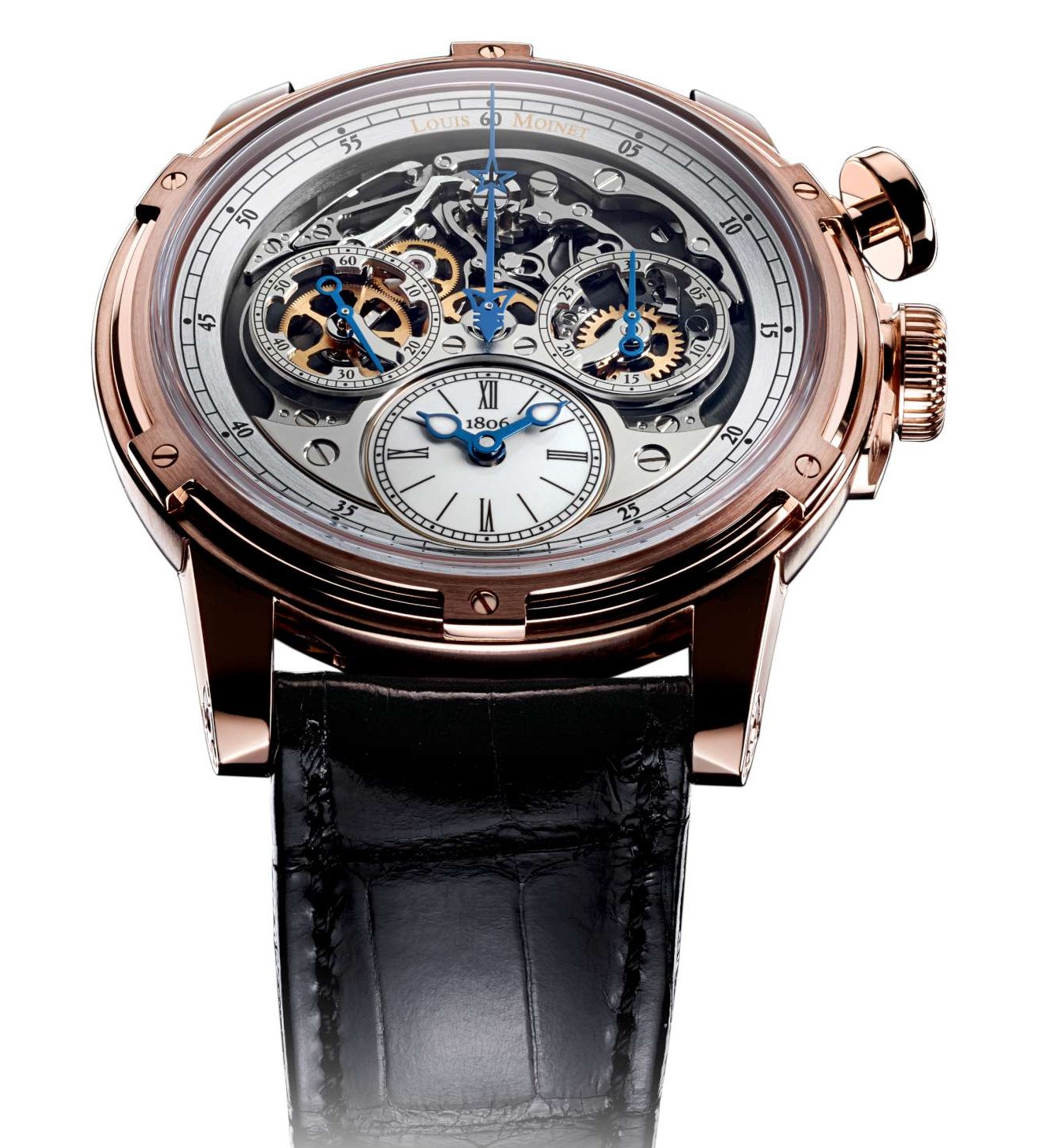 Louis Moinet is at its tenth anniversary, while also celebrating the 200th anniversary of a remarkable chronograph invented by Louis Moinet in 1815. The historical piece was an incredible watch far ahead of its time, running at a frequency of 216,000 vibrations per hour (most watches today run at 28,800 vph) and capable of measuring 1/60 second intervals. In Memoris, the new Louis Moinet company has created a monopusher chronograph with all parts of the chronograph mechanism in clear view on the dial, while the rest of the automatic movement is beneath the mainplate.

The calibre was developed with movement manufacturer Concepto, and the resulting movement is the LM54, running at 28,800 vph (4 Hertz), incorporating the “Energie Plus” automatic pawl winding system so that both directions of movement of the oscillating weight transfer energy to the mainspring. The movement has 302 parts, and the 46-mm case alone has 52 components. The photo below shows the oscillating weight with the concentric Clou de Paris decoration. Another case feature is the decorative use of black zircons in screwed settings, visible on the lugs. 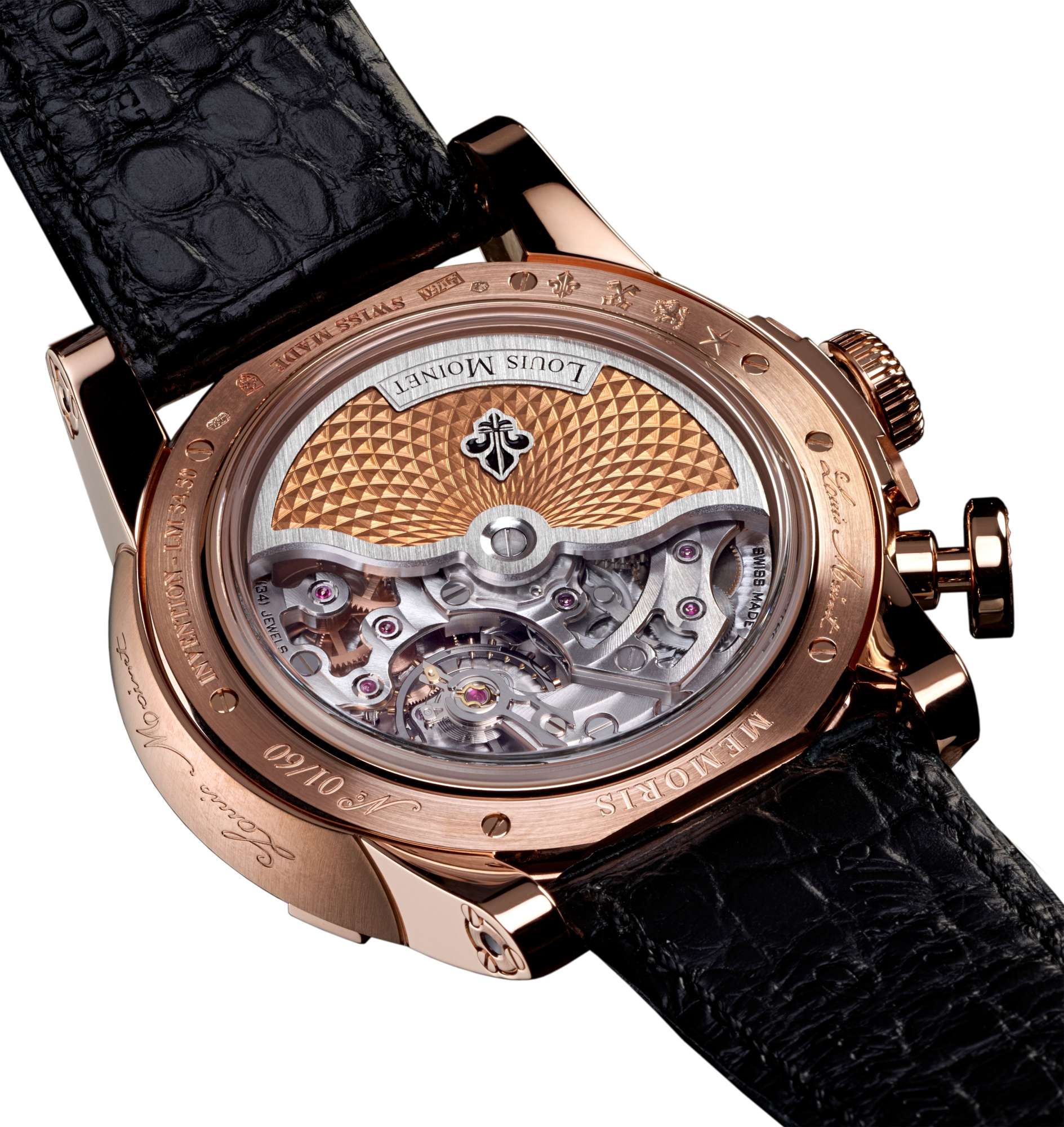 Below, detail showing the column-wheel that coordinates the system of levers controlling the chronograph mechanism, and the stylized LM monogram at the base of the chronograph seconds hand: 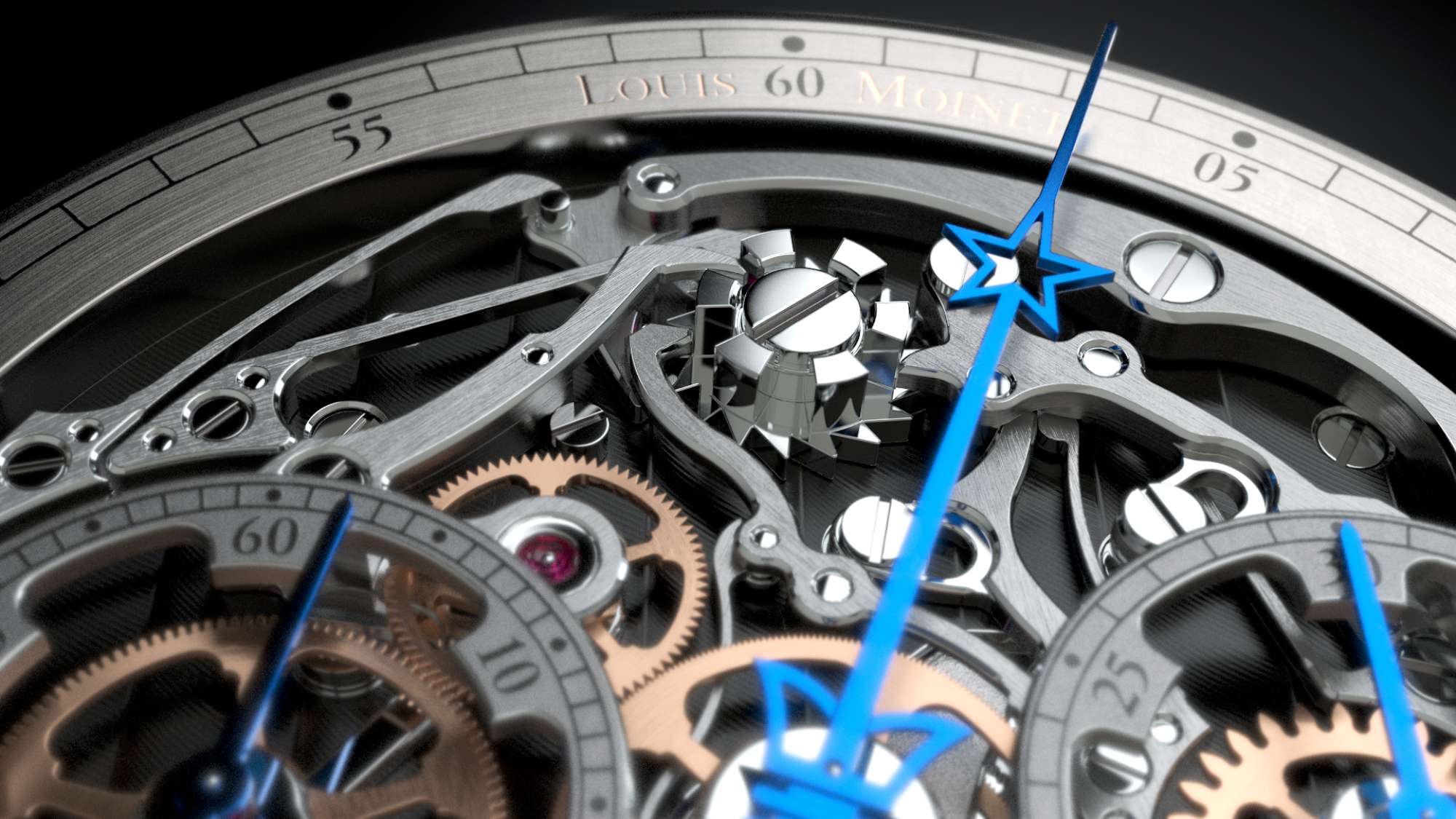