Ateliers Louis Moinet is an independent watchmaking company that was founded in Saint-Blaise, Neuchâtel, in 2004. The name comes from artist, writer and watchmaker Louis Moinet (1768-1853), who was born in Bourges, France, and worked in Paris, a friend of Abraham-Louis Breguet. Moinet’s clocks include timepieces with automations, and an 1816 pocket watch chronograph (so five years earlier than the Rieussec chronograph generally credited as being the first chronograph) running at 216,000 vph and capable of timing 1/60th seconds. He also wrote a treatise on watchmakinig, Traité d’Horlogerie. The contemporary watches by Louis Moinet often comprise unusual complications and materials such as fossils and meteorites. The year 1806 which appears on the brand’s watches corresponds to the date of the Napoleon clock, an amphora-shaped piece containing a music box and an automation by means of which crowns are placed on the heads of Napoleon and Josephine. This clock is now at the National Museum Speelklok, in Utrecht. 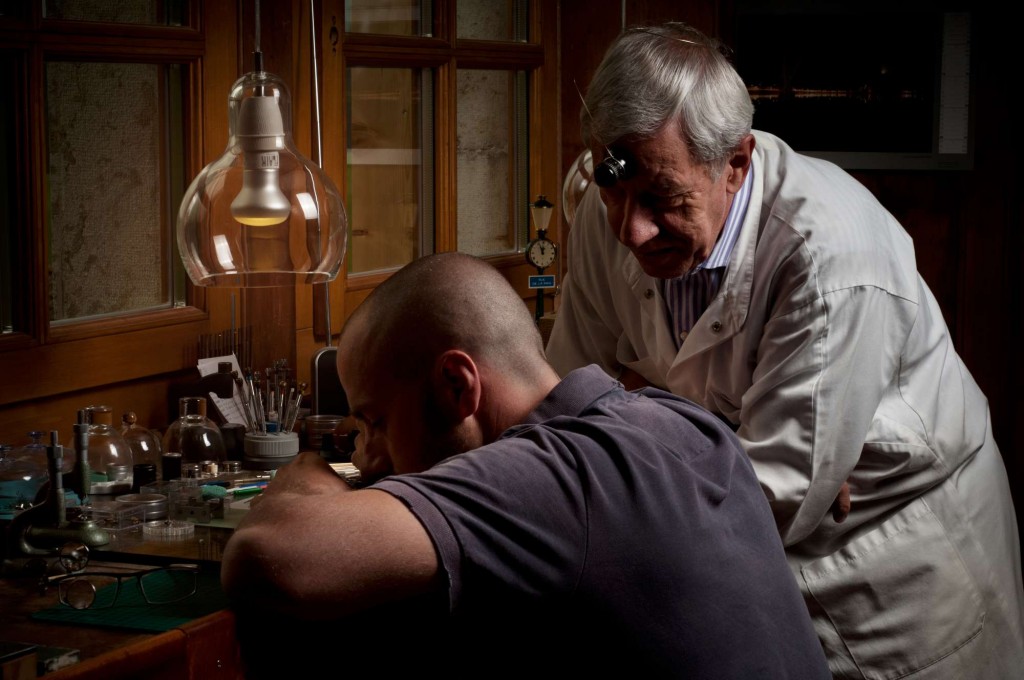 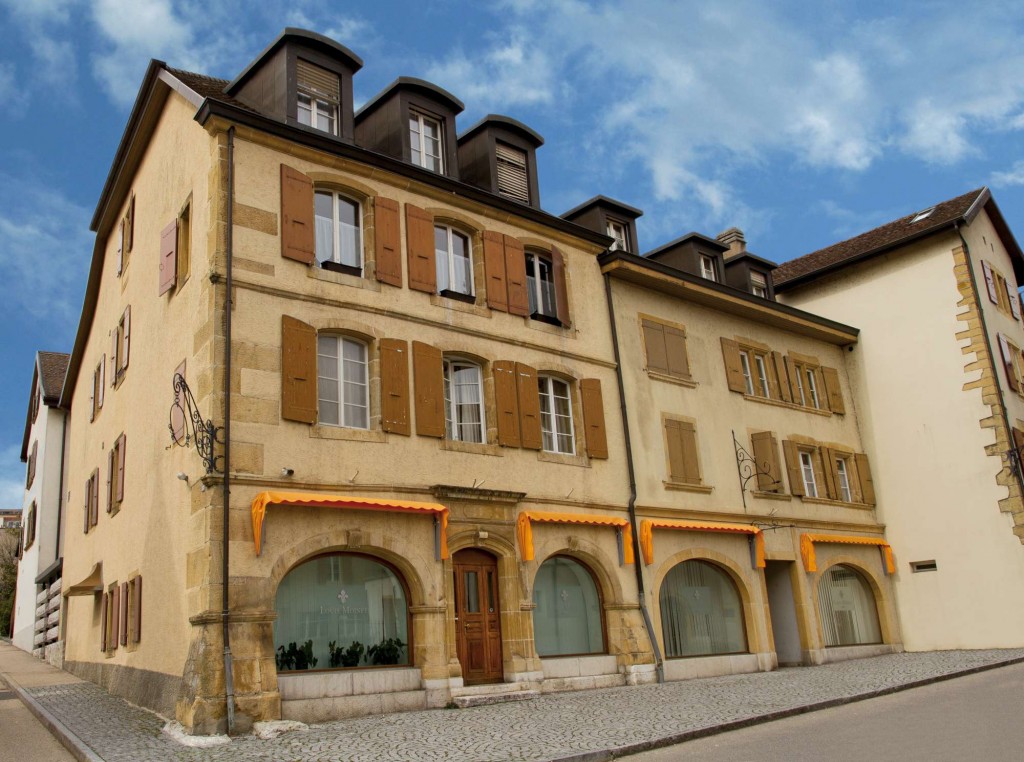 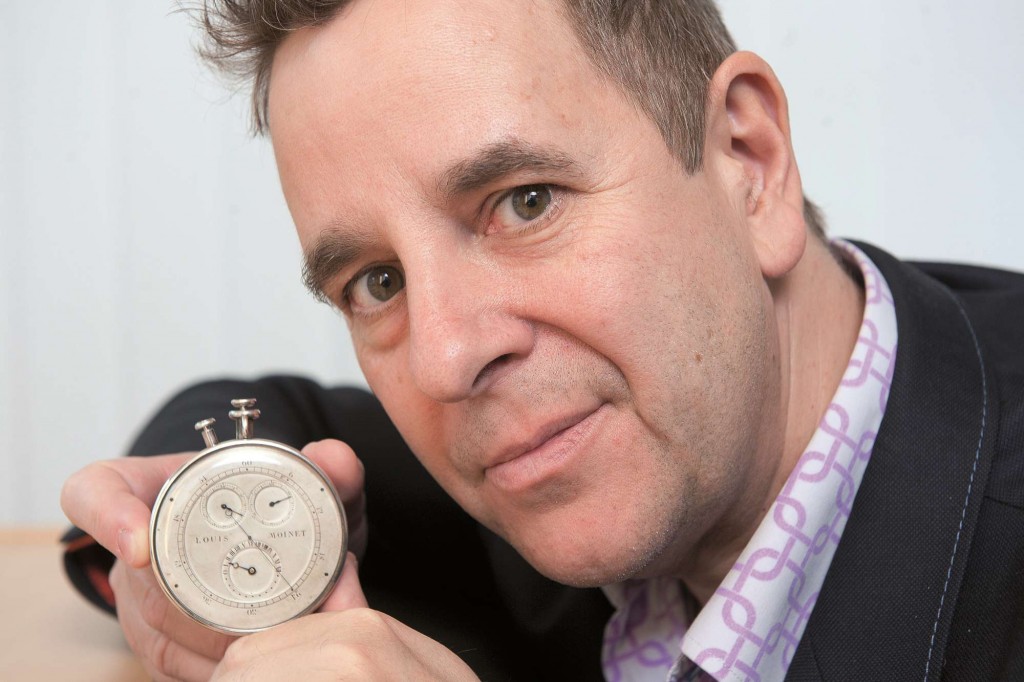 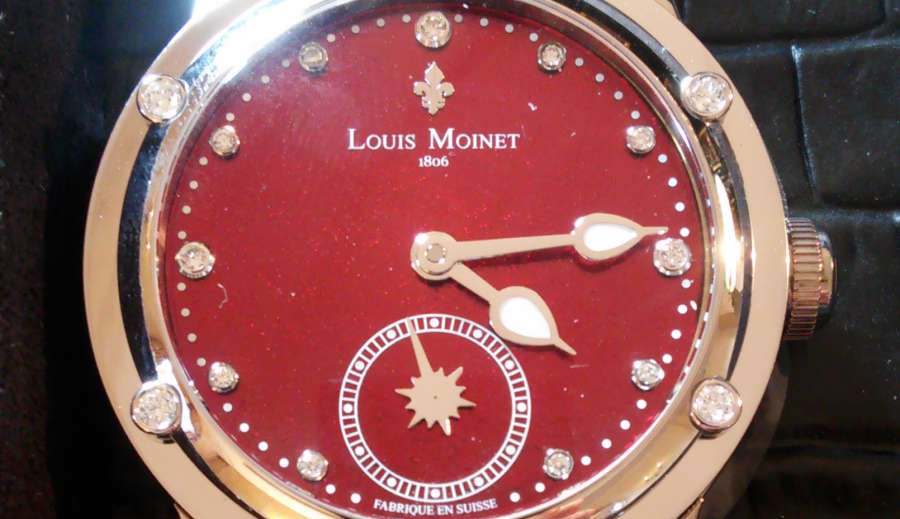 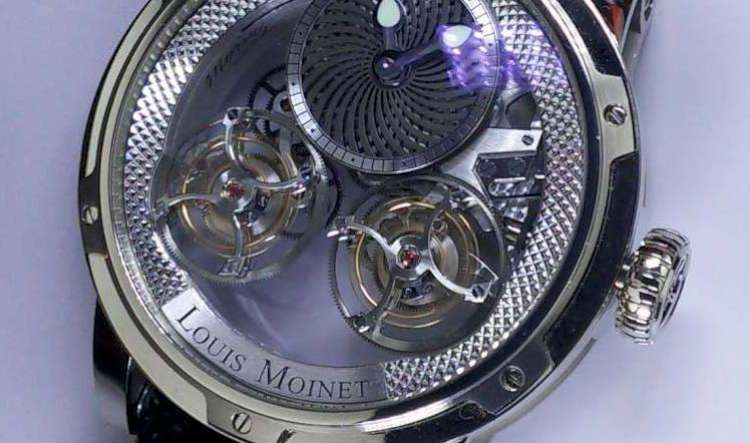 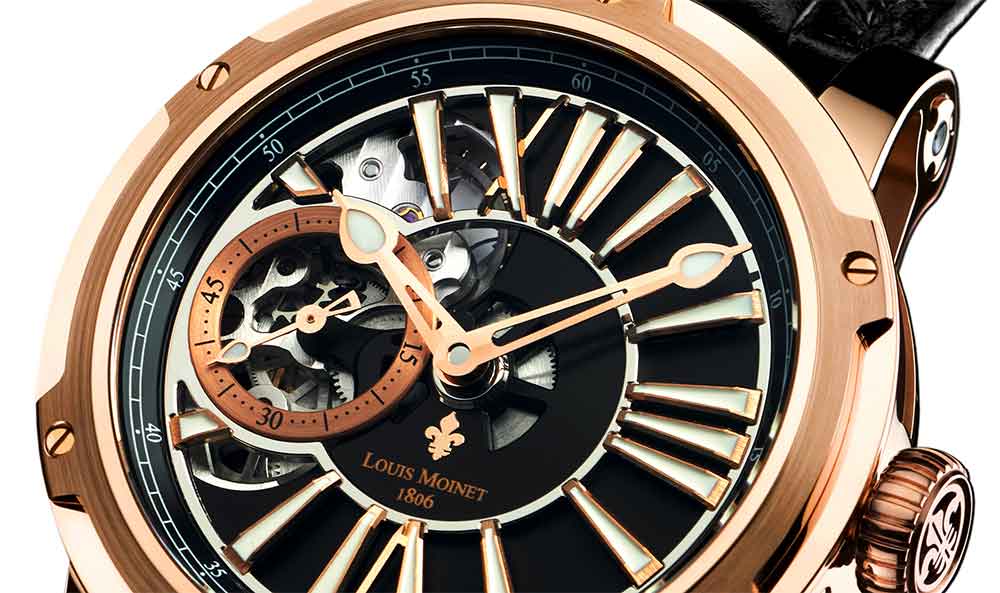