L-Evolution is the name that Blancpain gives to its most advanced models, with modular case construction and some unusual movement features. The Tourbillon Carrousel, with its calibre 2322V2 movement, has a modern and sporty look, but it’s not as glacial and frosty as it looks from the press-release renderings. When you have it on the wrist, it’s warm and engaging, and the sight of the tourbillon and carrousel working together make it a source of constant fascination. 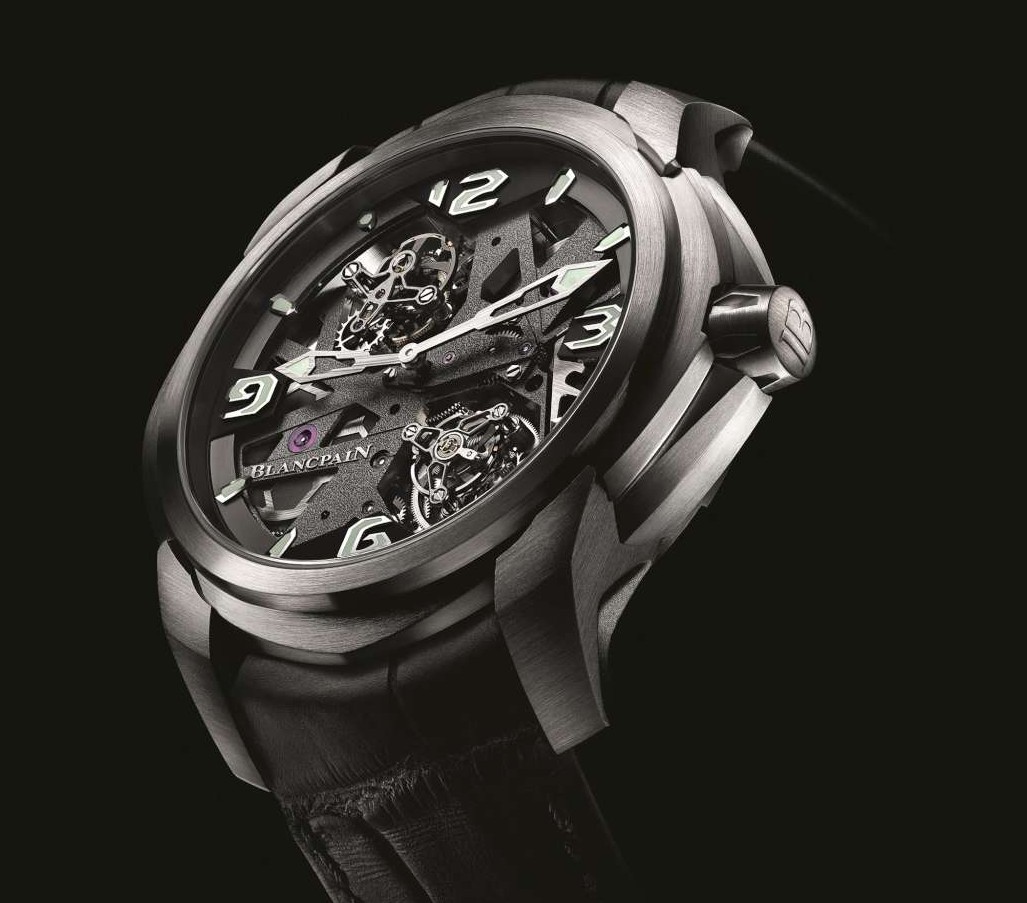 The case is complex in geometry and construction, the numerals are pure sci-fi, and the dial and movement are open-worked, giving the piece a great sense of depth. The screws are hexagonal and their slots create interesting, dynamic motifs. It’s interesting to look at both front and back. 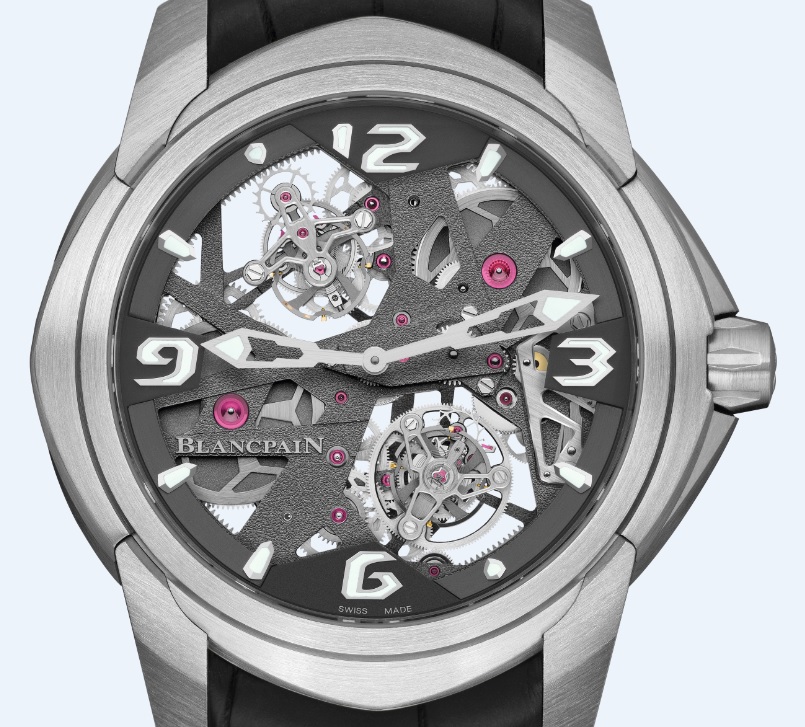 Two methods of cancelling the effects of gravity

The carrousel, like the tourbillon, was designed to constantly vary the position of the escapement so that the variations in frequency caused by gravity would be evened out over time. In Breguet’s tourbillon, just one wheel drives both the escapement and the carriage; in the carrousel, carriage and escapement are driven by separate sources of power. The carrousel was invented by Bahne Bonniksen, born in 1859 in Denmark. He moved to London and then to Coventry where he set up his own workshop, attaining great success and eventually employing over 25 watchmakers. He patented his new invention in 1892, and it was adopted by a number of British watchmakers. In this piece, the carrousel cage includes a tiny lyre motif with the laser-cut initials of the brand. Below, detail of the tourbillon. 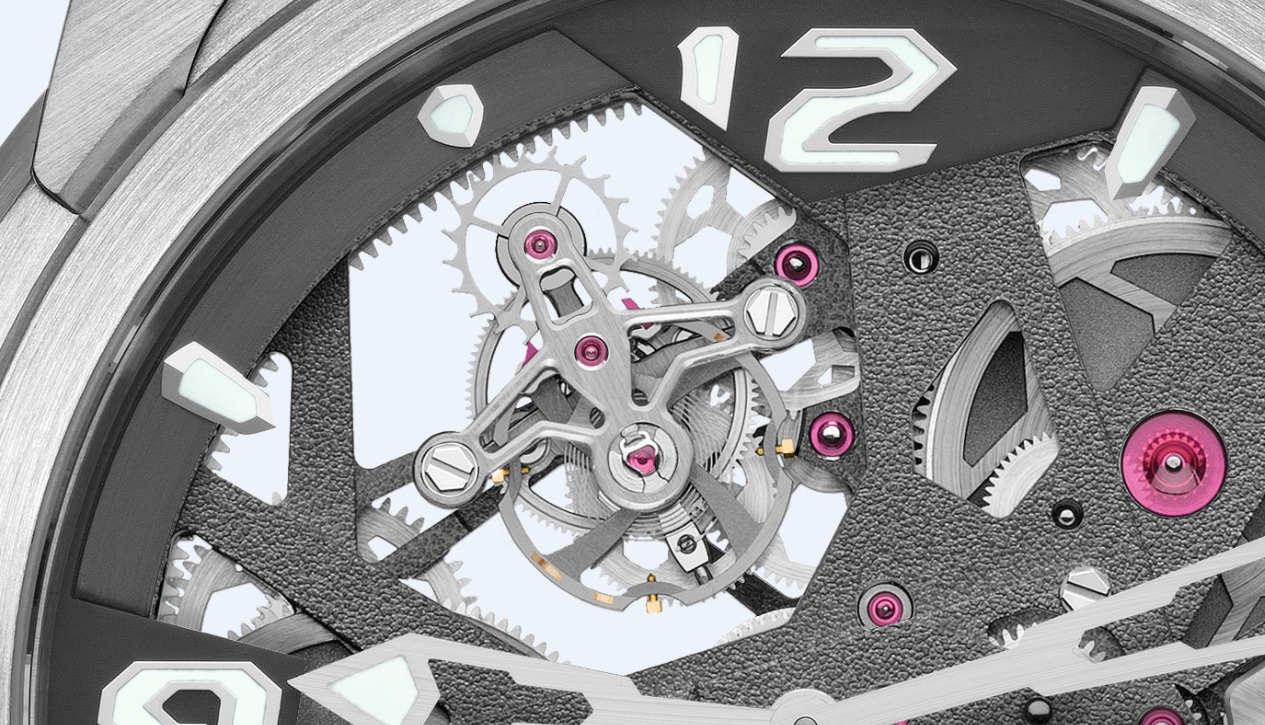 The tourbillon and carrousel each have their own barrel, and both are wound simultaneously, with the crown driving a large wheel running right around the movement. You can see this through the sapphire caseback. The tourbillon’s and carrousel’s timing information is averaged out by a differential to pass the rate to the going train; the second differential is used to supply information to the power reserve indicator on the back of the watch. The movement is hand-wound, with 350 parts. It has a power reserve of 168 hours. 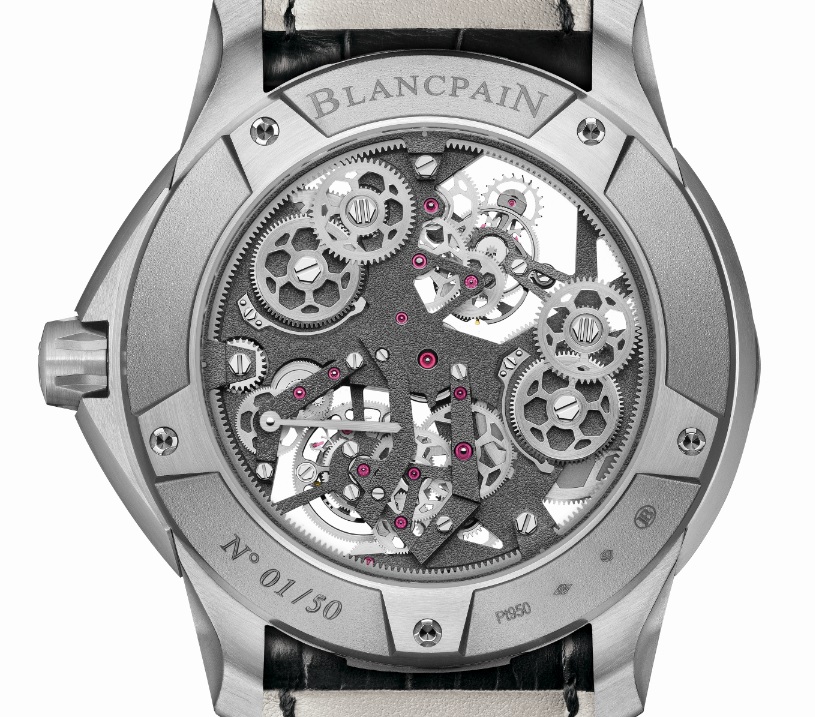 Below, detail of the carrousel, with the tiny JB logo at the centre: 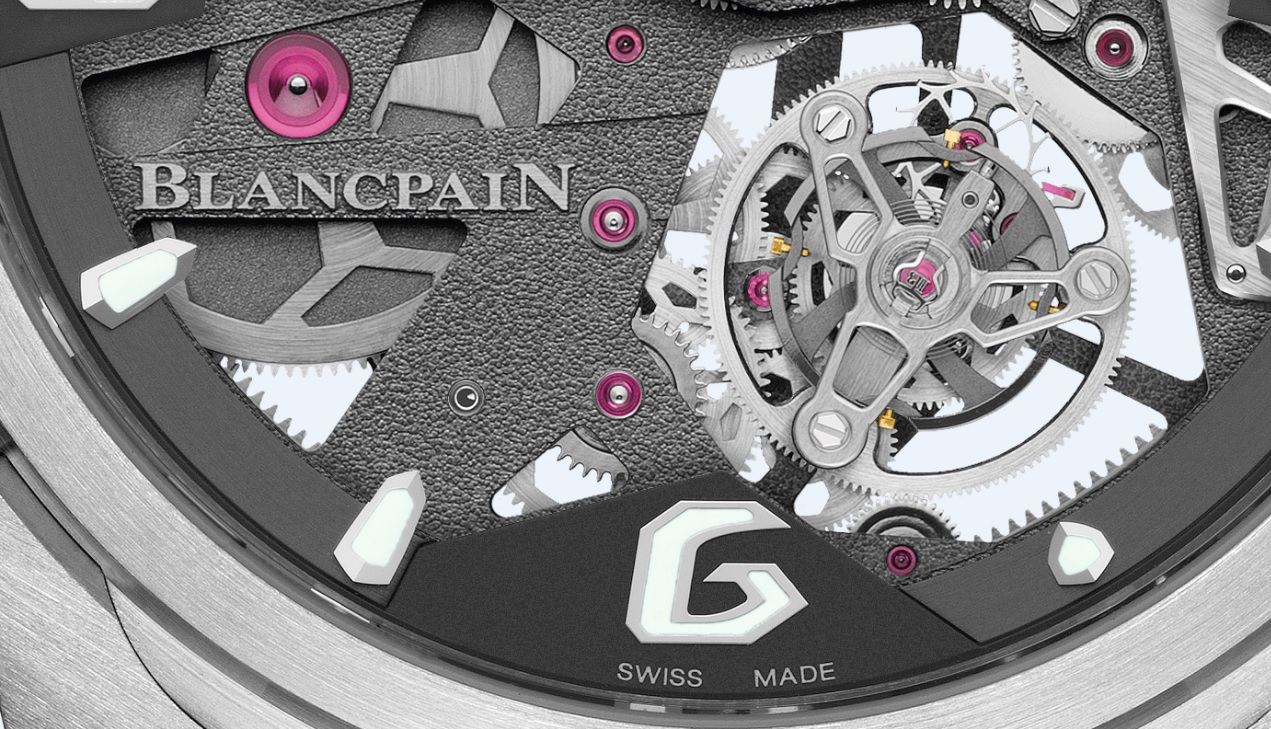