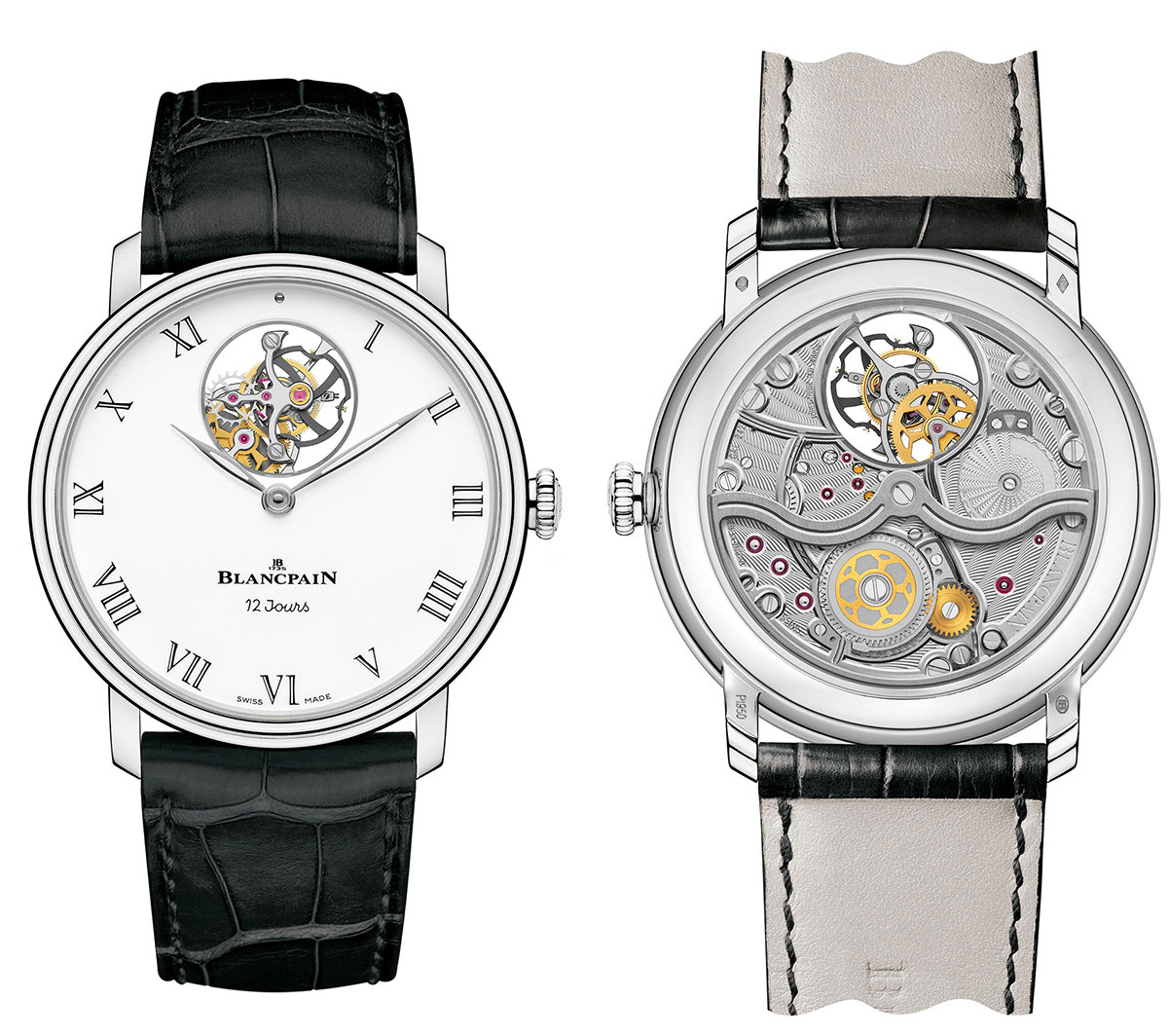 This piece was presented at SIHH in 2014, and it is now available in boutiques in its red gold version. The Blancpain Villeret One Minute Flying Tourbillon 12 Days is a good example of Blancpain’s combination of traditional watchmaking and contemporary technology, with the anti-magnetic characteristics offered by the silicon balance spring and pallet fork horns, and the Calibre 242 automatic movement which, even though the tourbillon is notoriously a function that absorbs a lot of energy, reaches the exceptional power reserve of 12 days with just a single barrel.

A clue as to how this power reserve is attained can be seen through the sapphire caseback: the automatic winding mechanism and the barrel have been combined, reducing the overall thickness of the movement to 6.1 mm. The power reserve is subtly displayed on the caseback side, with a disc sharing the same hand-guilloché finish as the movement plates. The watch is capable of running for around 14 days, but to be conservative is rated 12. The barrel is large, both in diameter and in thickness, taking up almost the full height of the movement. The winding disk, the so-called “rochet,” is visible on the back of the watch in the 6 o’clock position, and it has the characteristic decorative wheel on top with angular prismatic spokes. 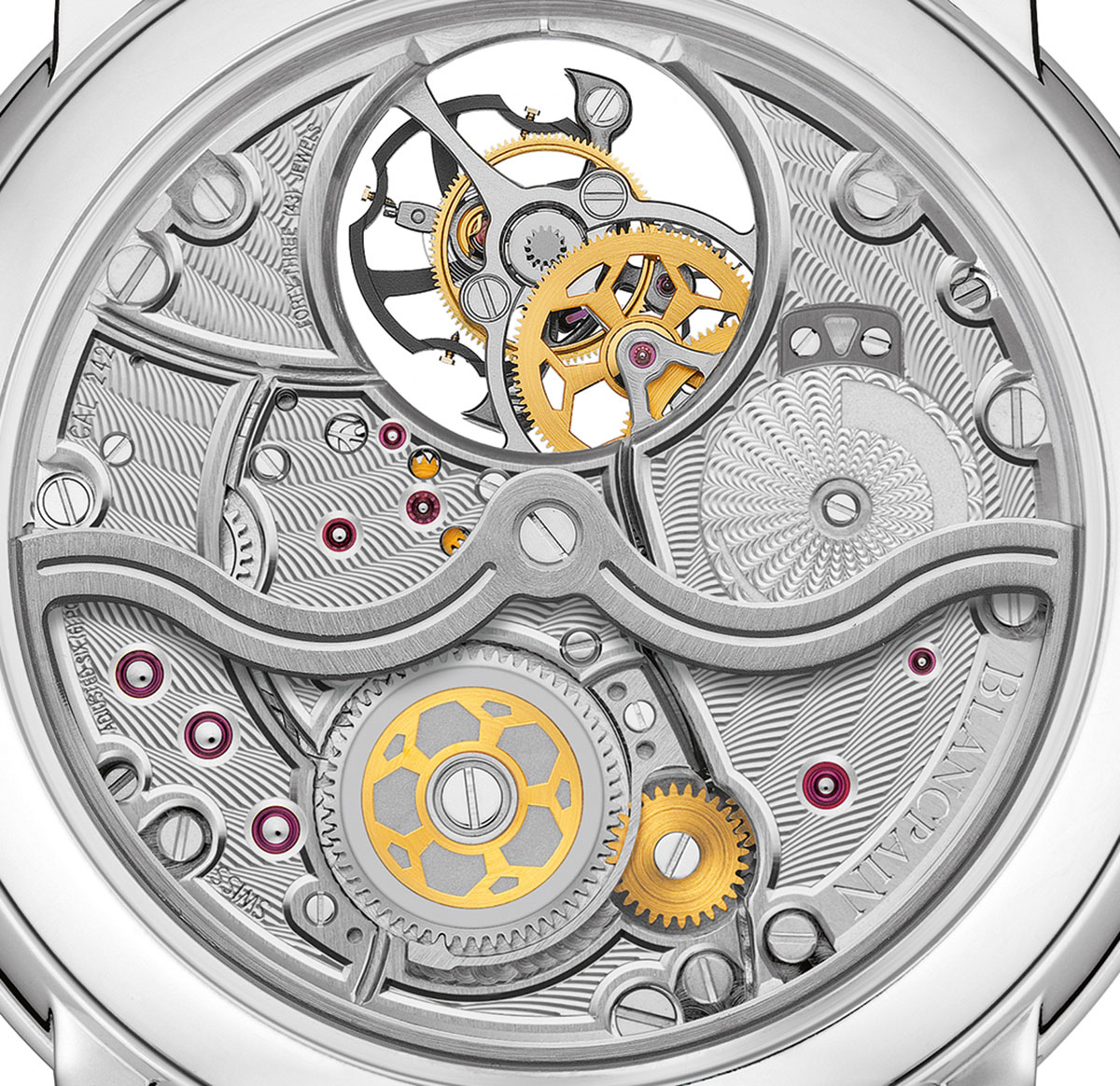 The tourbillon is given pride of place on both dial and reverse, in a large window. It is a flying tourbillon (no upper bridge) and it rotates once a minute. The complexity of the tourbillon is contrasted with the pure white of the grand feu enamel dial, with painted Roman numerals and feuille hands. 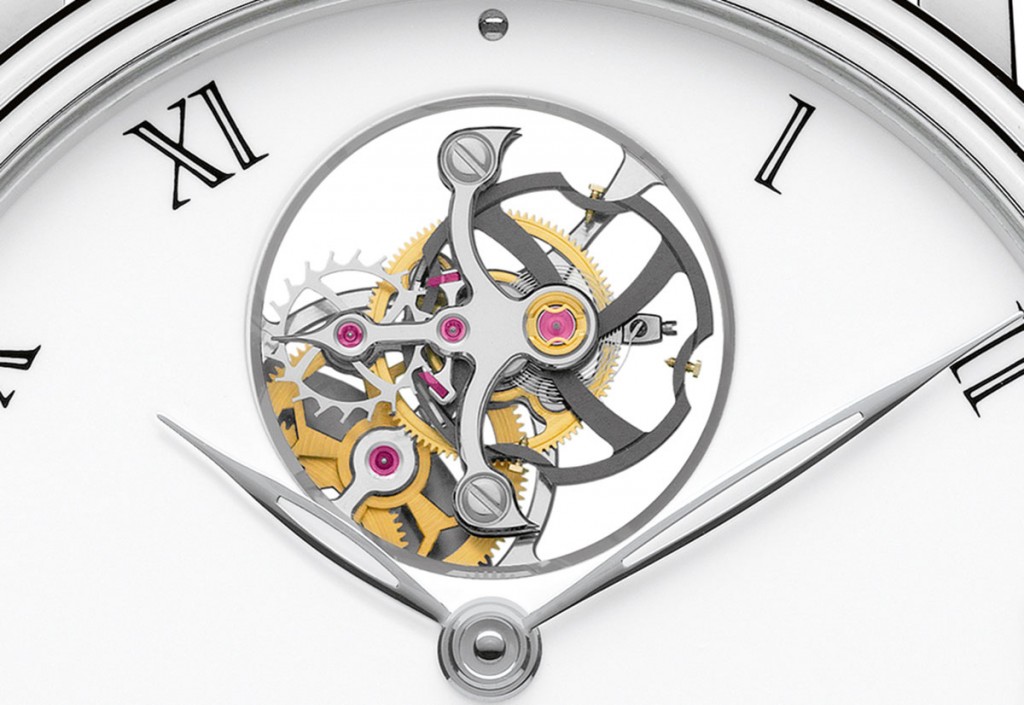 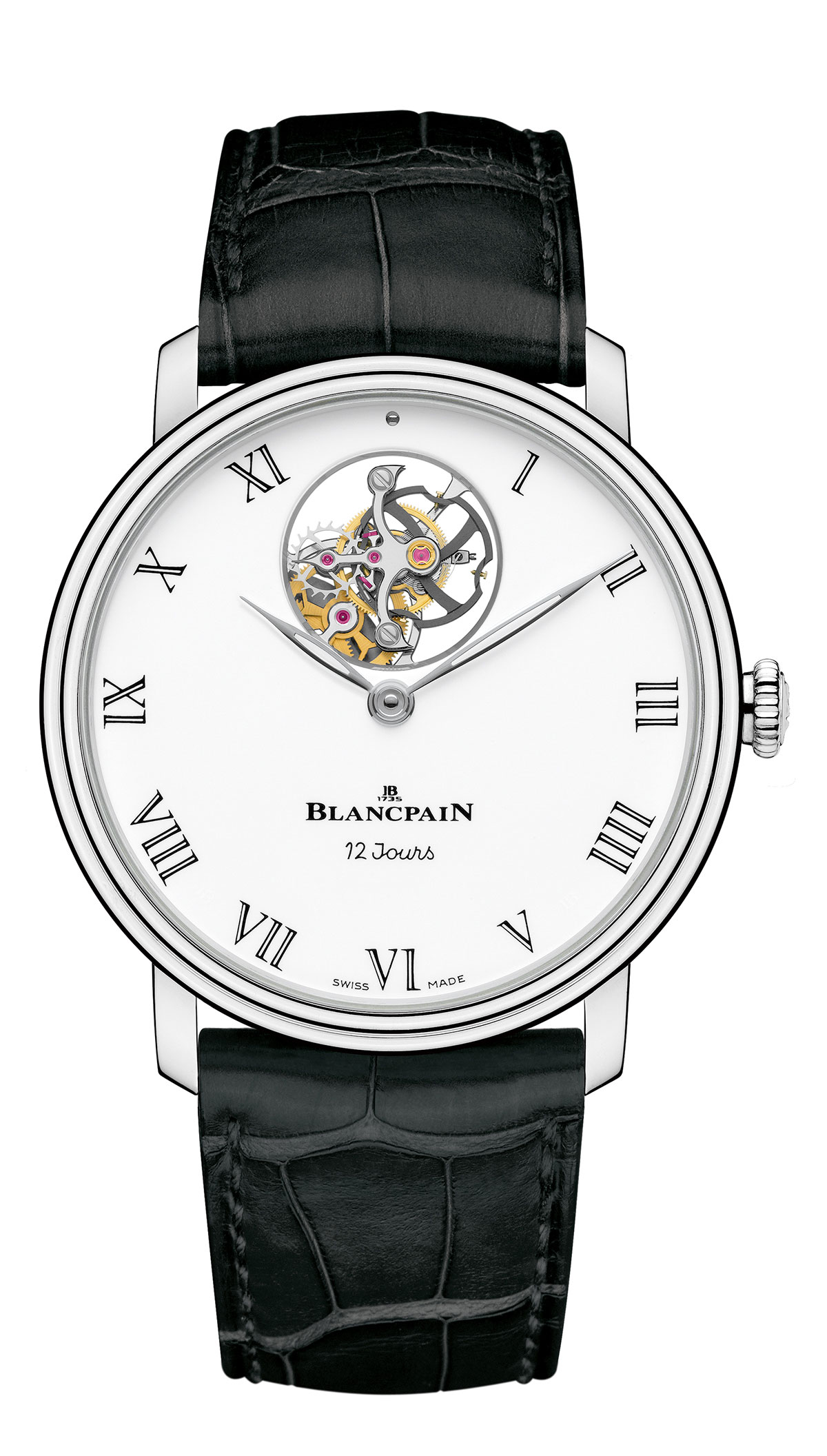 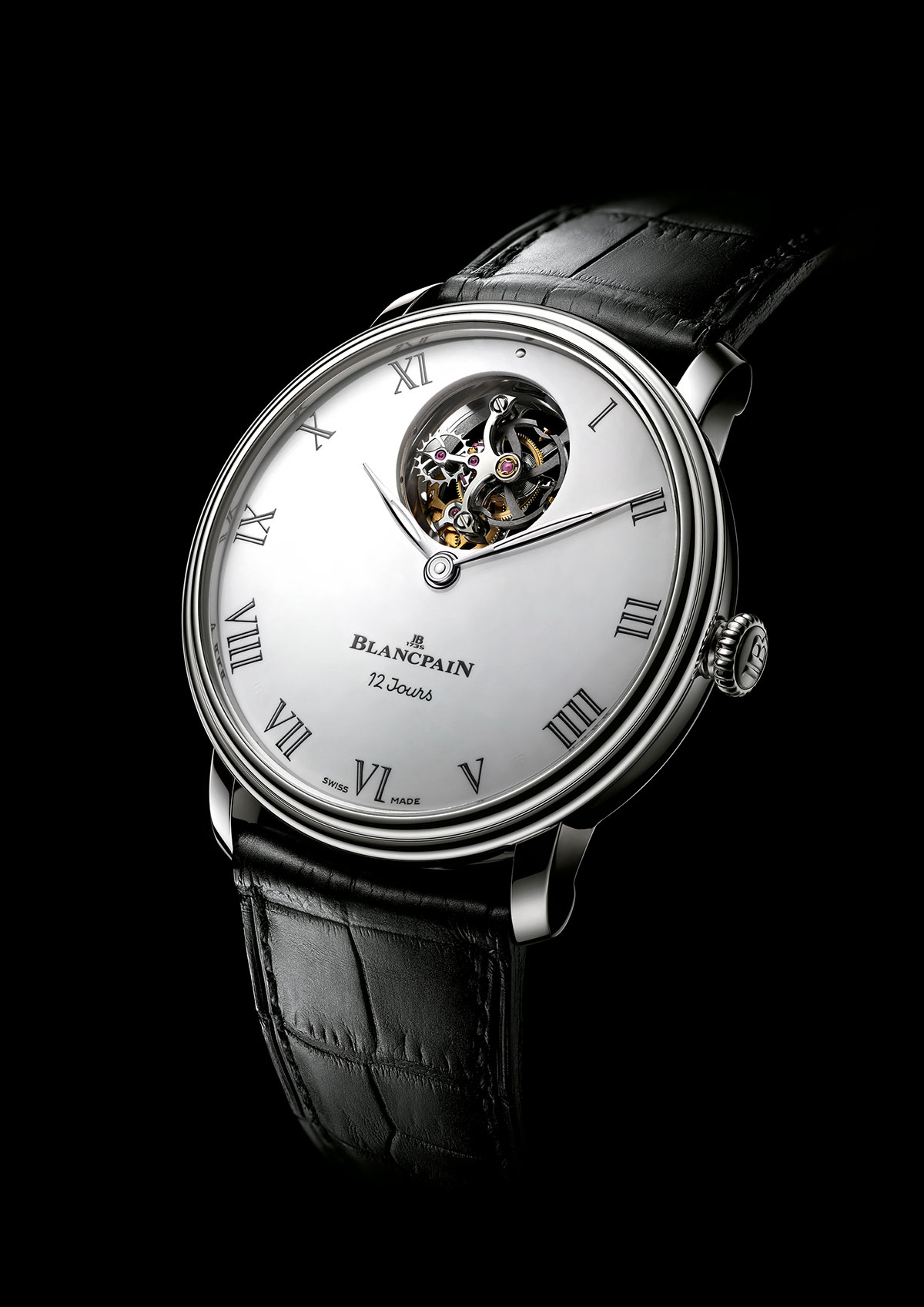