Mühle-Glashütte has roots far in the past, but it has been making watches from relatively recently, since 1994. It was founded in Glashütte, Germany, in 1869 by Robert Mühle, as a company supplying measuring instruments to the many clock and watchmakers already operating in the town. Mühle had trained as an apprentice at watchmaker Moritz Großmann . When he started his own company, Glashütte’s watchmakers had taken the decision to break away from the Parisian “ligne” and adopt the metric system, and so Robert Mühle made the measuring instruments calibrated accordingly.

In the 1920s, the company, now run by Robert’s sons Paul, Alfred and Max, diversified and developed a production of clocks, speedometers, rev counters and other components for the car industry. But development was cut short by the events following the end of the Second World War: the business was expropriated when the area became part of the Eastern Bloc. Paul Mühle’s son Hans founded a new engineering company in December 1945, making gauges for pressure and temperature-measuring instruments. It survived as a family-owned company and it was taken over by Hans’ son Hans-Jürgen Mühle in 1970, but the company was once again expropriated and absorbed into the state-owned watchmaking company VEB Glashütter Uhrenbetriebe.

In 1994, after German unification, Hans-Jürgen Mühle started up the family business for the third time, giving it the name of “Mühle-Glashütte GmbH nautische Instrumente und Feinmechanik” and began making marine time systems and chronometers specifically for cruise ships and luxury yachts. In 1996 they also began to make wristwatches. Their timepieces always reflect the company’s nautical connections, and so are built for precision, easy legibility and reliability.

Mühle-Glashütte is currently helmed by Thilo Mühle, CEO, fifth generation of the Mühle family, who joined the family business in 2000, and became managing director in 2007. In 2014, marking the company’s 145th anniversary, Mühle-Glashütte presented the “R. Mühle & Sohn” range, with three watches and the first in-house movement.

Mühle-Glashütte is still proudly independent, with about 50 employees, making 8,000-10,000 watches per year. Their major markets are Germany, the U.S.A., U.K and Asia.

Managing Director, Thilo Mühle (at left in the photo below, with his father Hans-Jürgen Mühle, photo courtesy of Mühle-Glashütte) 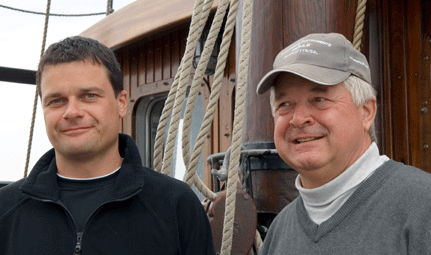 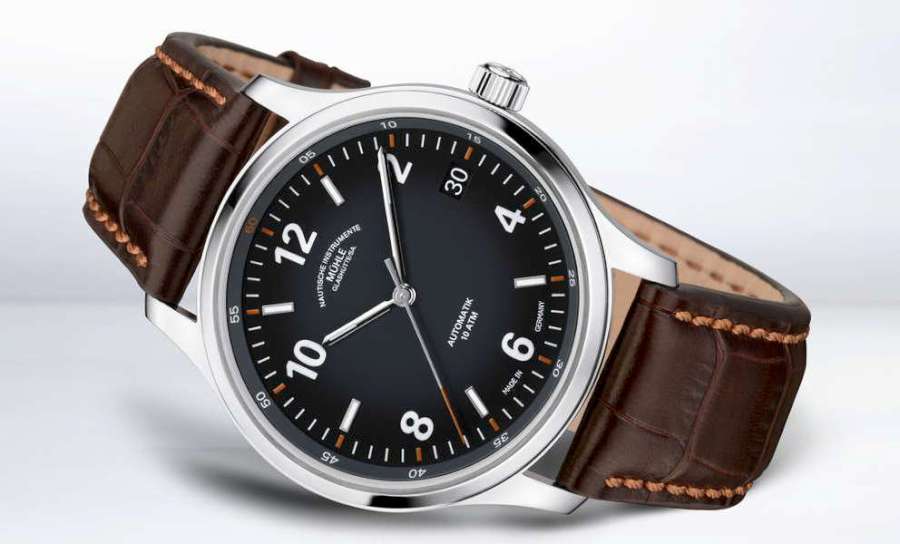 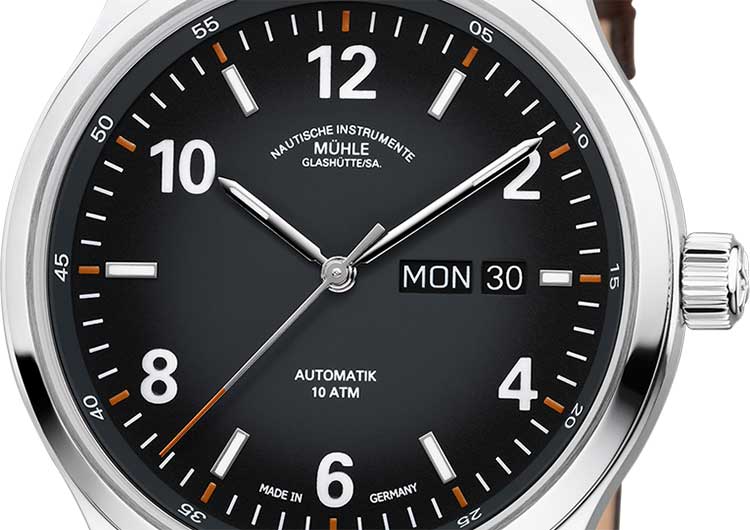 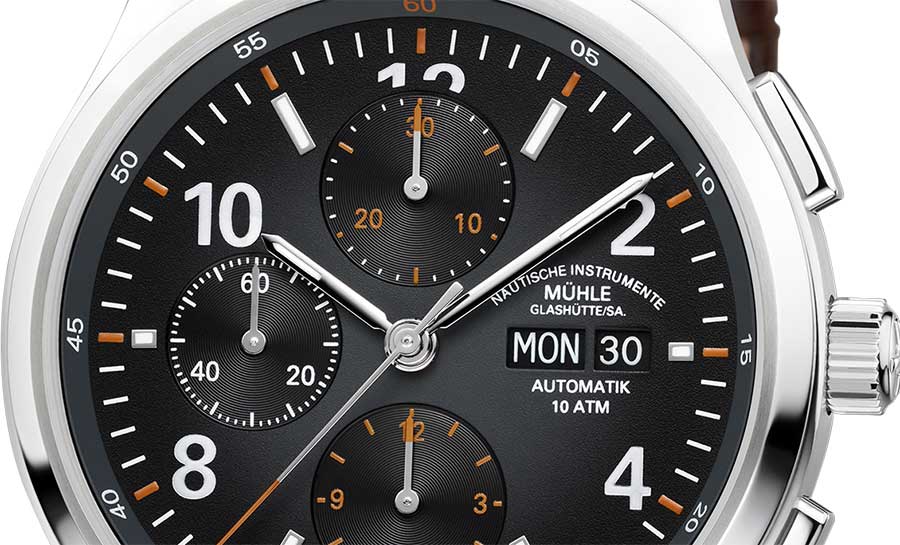 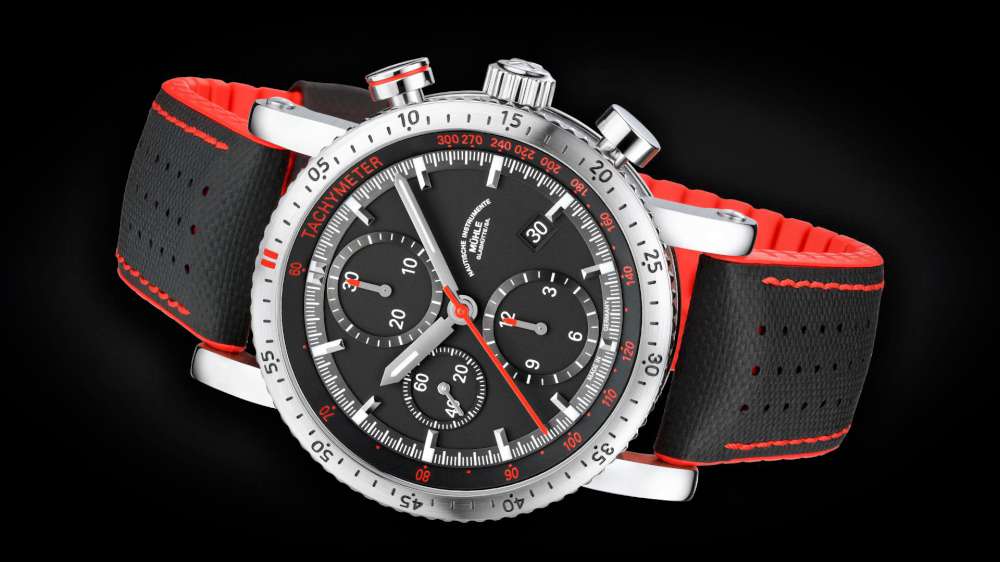 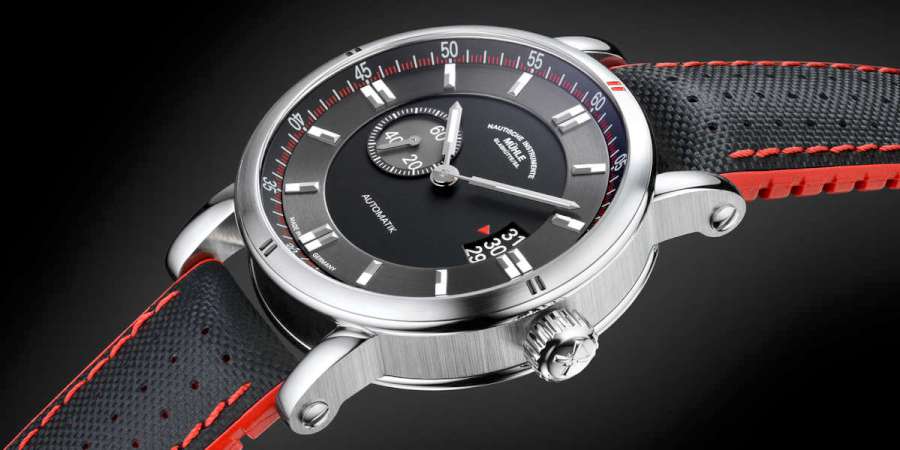