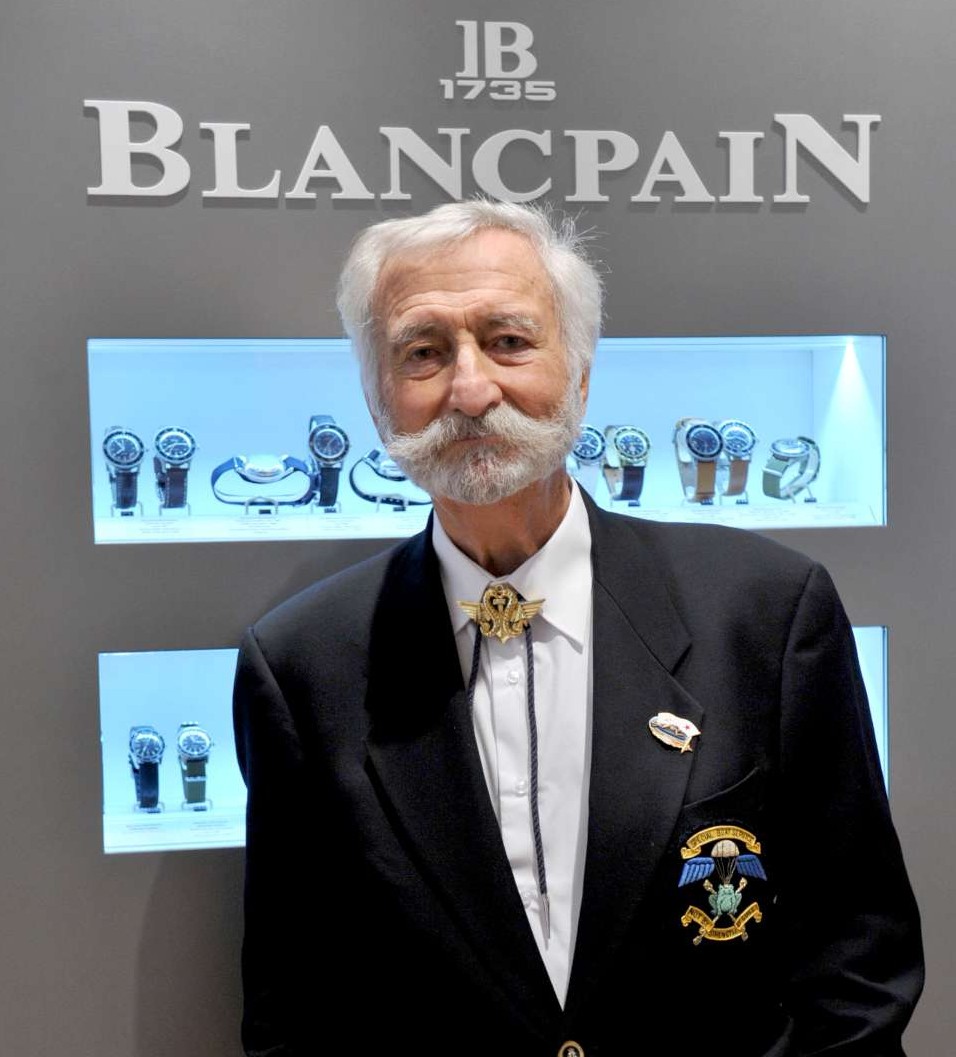 Captain Robert Maloubier’s champion handlebar moustache made him immediately recognizable. He was also pivotal in creating another face you wouldn’t forget: the diver’s watch. In the early 1950s he worked with Blancpain on a watch suitable for divers, and the result was the Fifty Fathoms. Other watches for use underwater had been made previous to this, but the Fifty Fathoms was the first to comply with characteristics that have now come to be considered essential for a dive watch, and that are regulated by the NIHS 92-11 or ISO 6425 standard. Captain Bob Maloubier died on 20 April 2015 at the age of 92.

Captain Bob had a colourful life. During the Second World War he escaped from occupied France to Tunisia and then to Algeria, from where he travelled to England, and became part of the Special Operations Executive, a secret army whose creation was strongly supported by Churchill and that was designed specifically to perform sabotage operations in occupied Europe. His operations in France are described in books that he subsequently wrote, such as Winston Churchill’s Secret Agent in which he tells how he was shot while escaping from the Germans, walked nine miles with bullet wounds to intestines and lungs, was operated by a resistance surgeon, and flown out and back to England a few weeks later on an SOE aircraft.

Birth of the diving watch

In the 1950s Robert Maloubier founded the French Navy’s combat diving corps with Lieutenant Claude Riffaud, and they both realized that a robust and reliable diving watch was sorely needed. They tested watches already on the market, found that none were entirely suitable, and set about defining their own ideal diving watch. Their research brought them into contact with Jean-Jacques Fiechter, then CEO of Blancpain and an amateur diver. Maloubier described his encounter: “Finally there was a small watch company, Blancpain, which agreed to develop our project which imagined a watch with a black dial, large numerals and clear indications using triangles, circles and squares, as well as an exterior rotating bezel mirroring the markers of the dial. We wanted at the beginning of a dive to position the bezel opposite the minute hand so as to be able to read the elapsed time. We wanted in effect that each of the markers be as clear as a guiding star for a shepherd.” 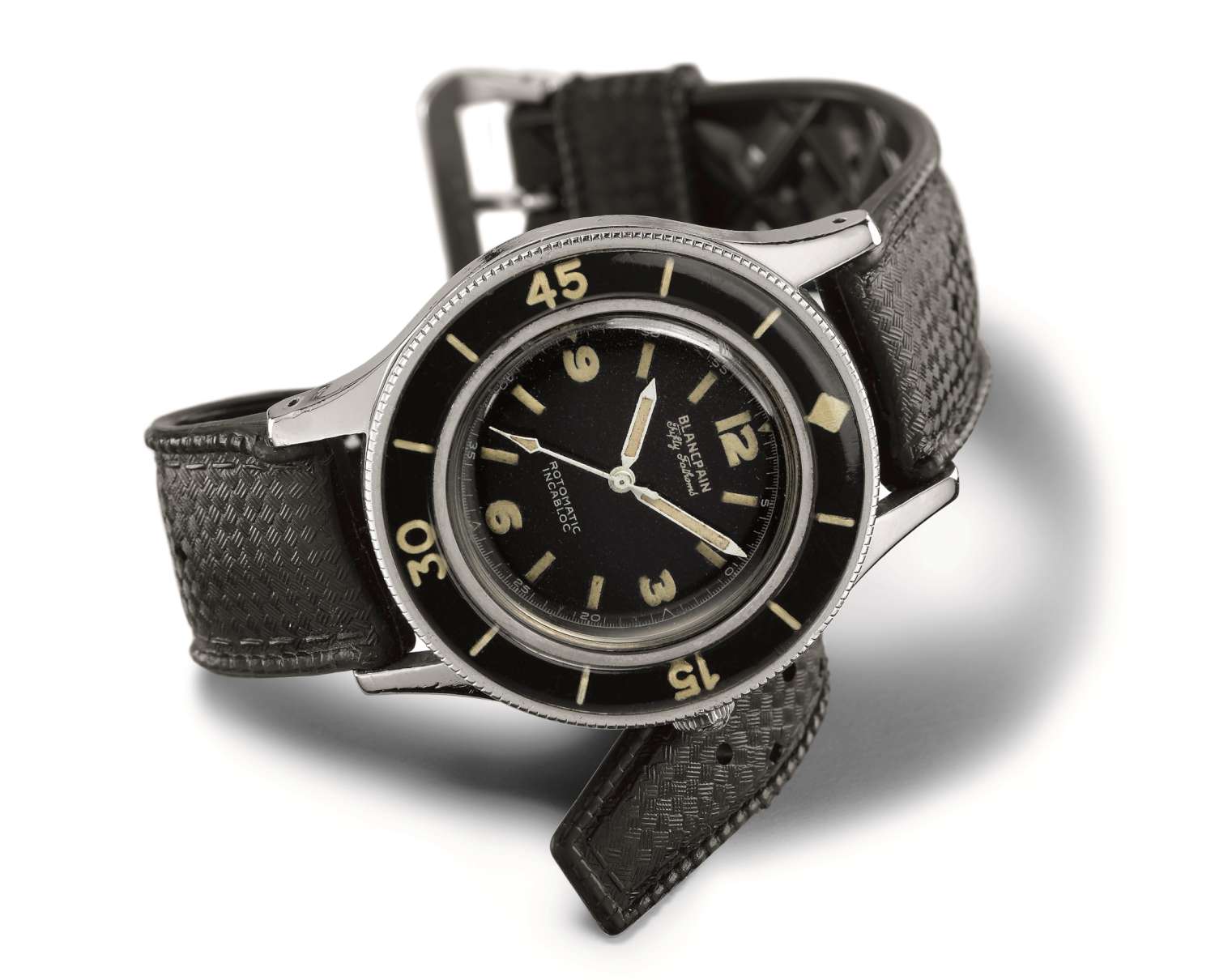 The result was the Fifty Fathoms (shown in the photo above, courtesy of Blancpain). In 1953, fifty fathoms, about 91 metres, was considered deep, and reckoned to be the maximum depth that a diver could reach using the oxygen mixture used then. The other features of that first model have become part of the standard characteristics: a uni-directional bezel with minute markings to easily keep an eye on dive time, water resistance, automatic winding to reduce operation of the crown (which has to be unscrewed to use), legibility in light and dark conditions, anti-magnetism, recognizably different minute and hour hands, and a method of checking that the watch was running. Below, the 1954 Blancpain patent (photo courtesy of Blancpain).