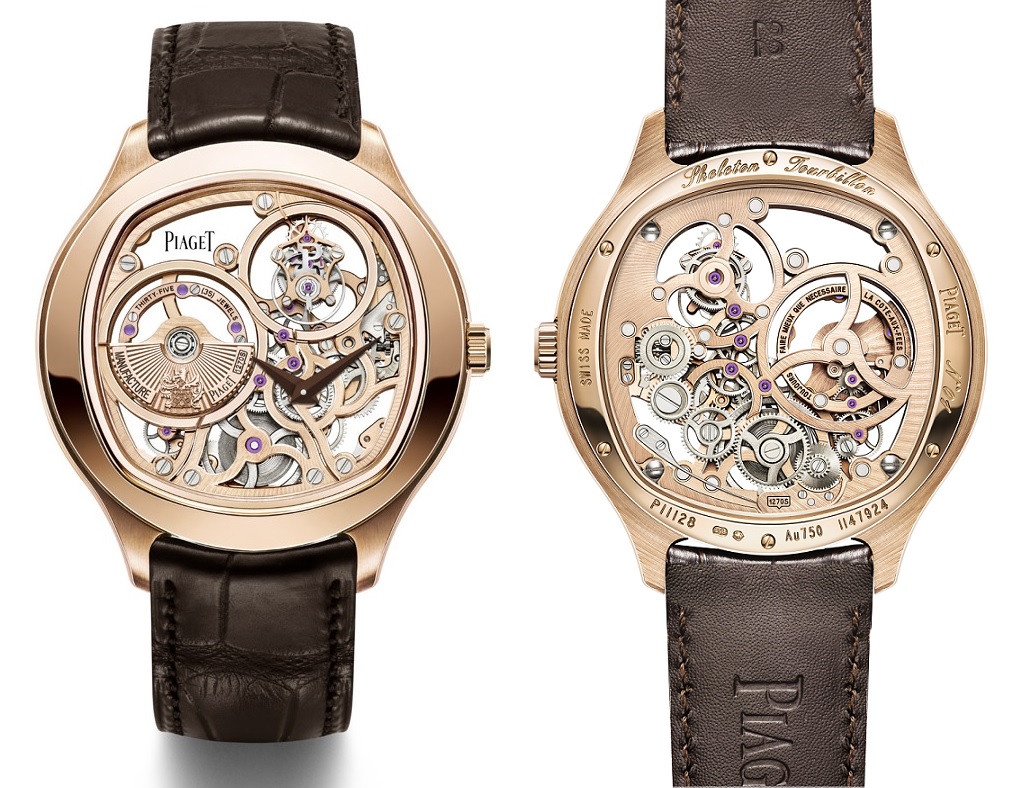 This watch is intriguing at first glance, with its off-centred hour and minute hands, the absence of the usual dial markings, and the slewed figure-of-eight that encloses the automatic winding rotor and the tourbillon. But where Piaget are excelling in their latest watches is in the crystalline clarity of the engineering, and their ability to tell a story. Because after that initial first glance, a skeleton watch becomes an open book that invites detailed examination with a lens, and it’s then that it draws you in and fascinates you. 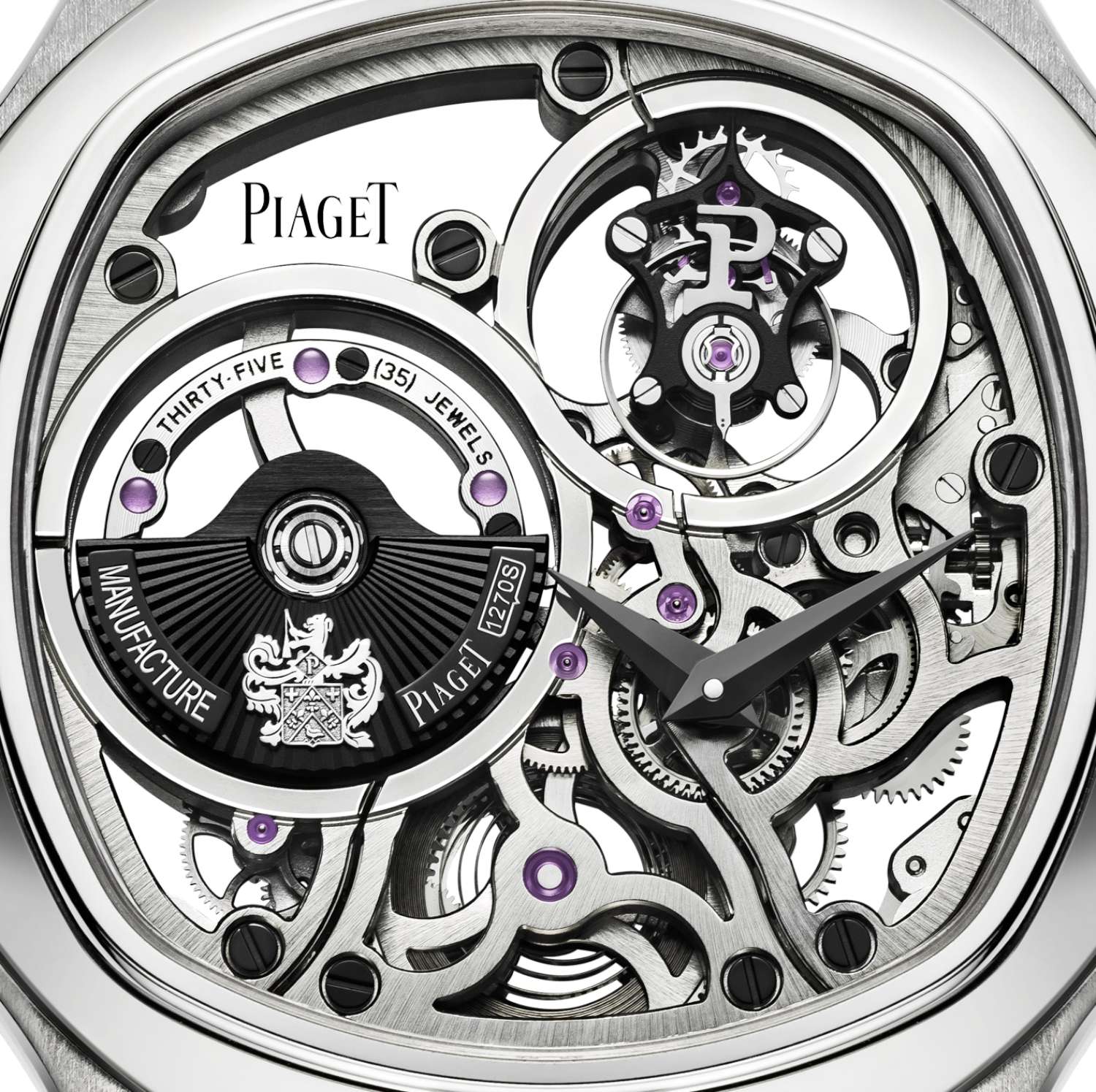 A loupe reveals the difference. When you look at a watch at the lower end of the luxury scale, you see that the edges of hands and components aren’t perfectly smooth. In the Piaget Emperador Coussin 1270S, everything is finished to perfection, with all edges hand-bevelled, and all surfaces with the customary types of metal polishing patterns, including the beautiful guilloché on the oscillating weight.

The story that it tells includes tiny details such as the Piaget crest on the oscillating weight, the P initial on the tourbillon, the company motto, Toujours faire mieux que necessaire (Always do better than is necessary) visible on the caseback side, and the intriguing architecture with the figure-of-eight motif alluding to the concept of infinity. Just the fact that the oscillating weight is clearly displayed on the dial side shows the attention paid to the display of time’s narrative, so that the watch is ever-changing both in the tourbillon’s continuous movement, the swinging weight, and the gear train that can be glimpsed from the front and is clearly visible through the caseback. In a way it continues the quest for transparency in engineering that could be seen in last year’s Piaget Altiplano 38 mm 900P. 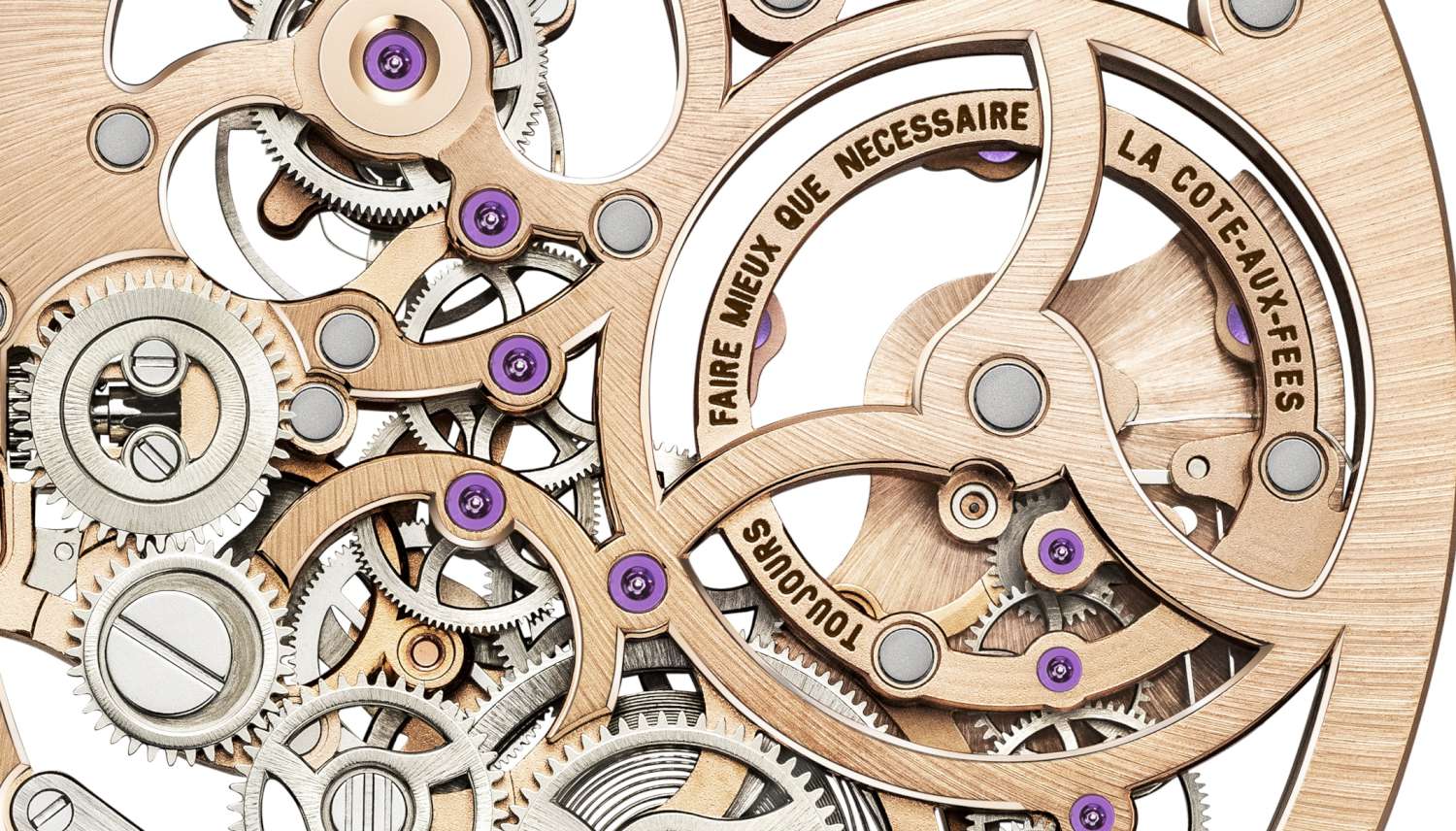 The Calibre 1270S movement, with 225 components, is ultra-thin at 5.05 mm thickness, and the case is just 8.85 mm thick, giving Piaget another ultra-thin record (it now has 27 ultra-thin movements and 15 records for thinness), this time for the thinnest skeleton automatic tourbillon watch. The power reserve is 42 hours. The watch is made in two versions, white gold (with black details), G0A40041, and pink gold, G0A40042; the case is large at 46.5 mm width. The watch has a black or brown alligator strap.

The watch will be available in boutiques from September 2015. The brand has not released details of price. Below, the versions in white gold and pink gold. 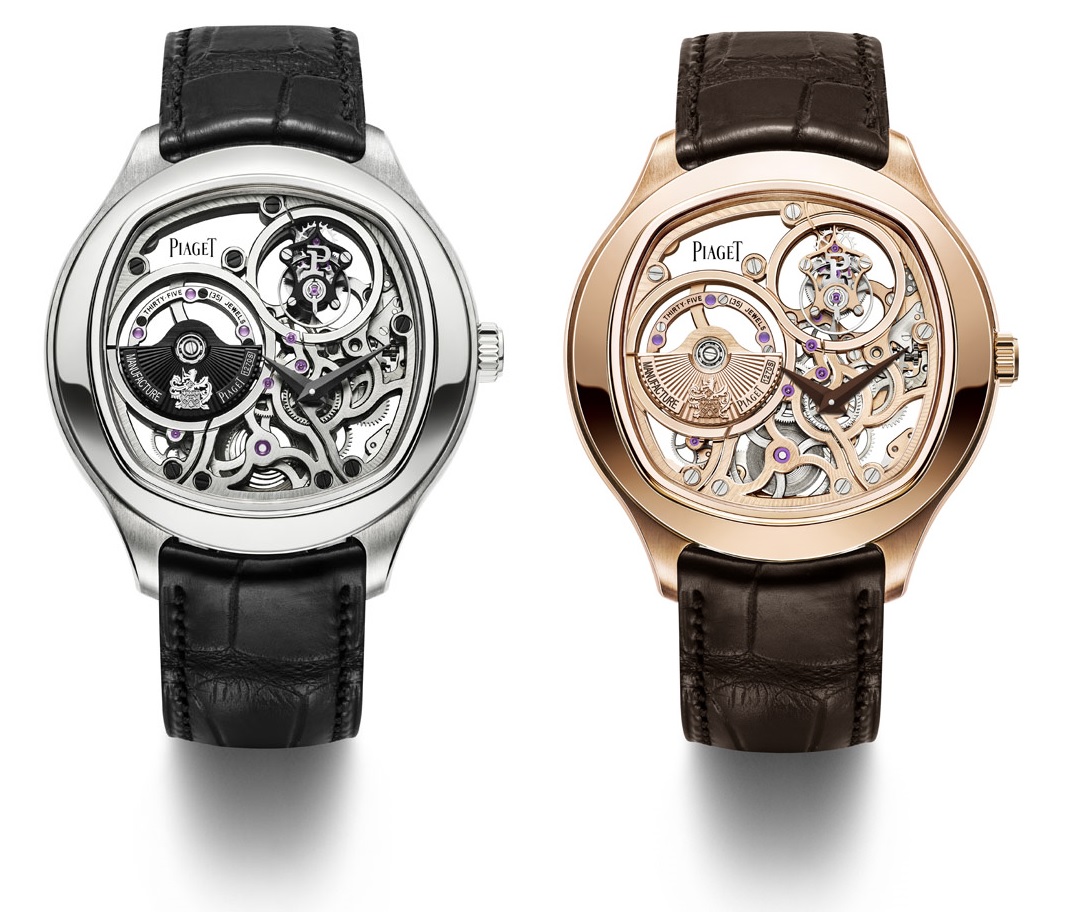 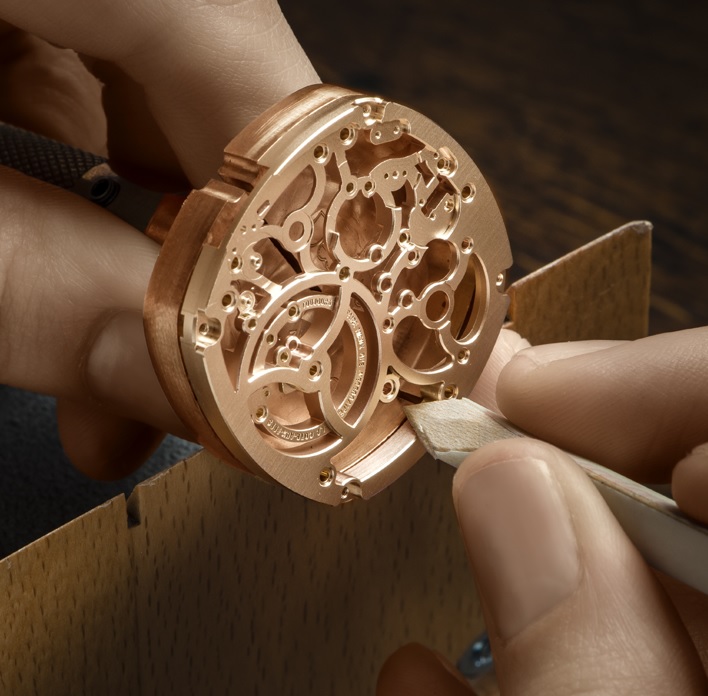