Failure is not an option: phrase from the film Apollo 13, spoken by Ed Harris playing Gene Kranz

White dial, a reference to the newspaper Snoopy comic strip by Charles Schulz

“What can you do in 14 seconds?", a reference to the 14-second engine burn during the Apollo 13 mission, timed using a Speedmaster 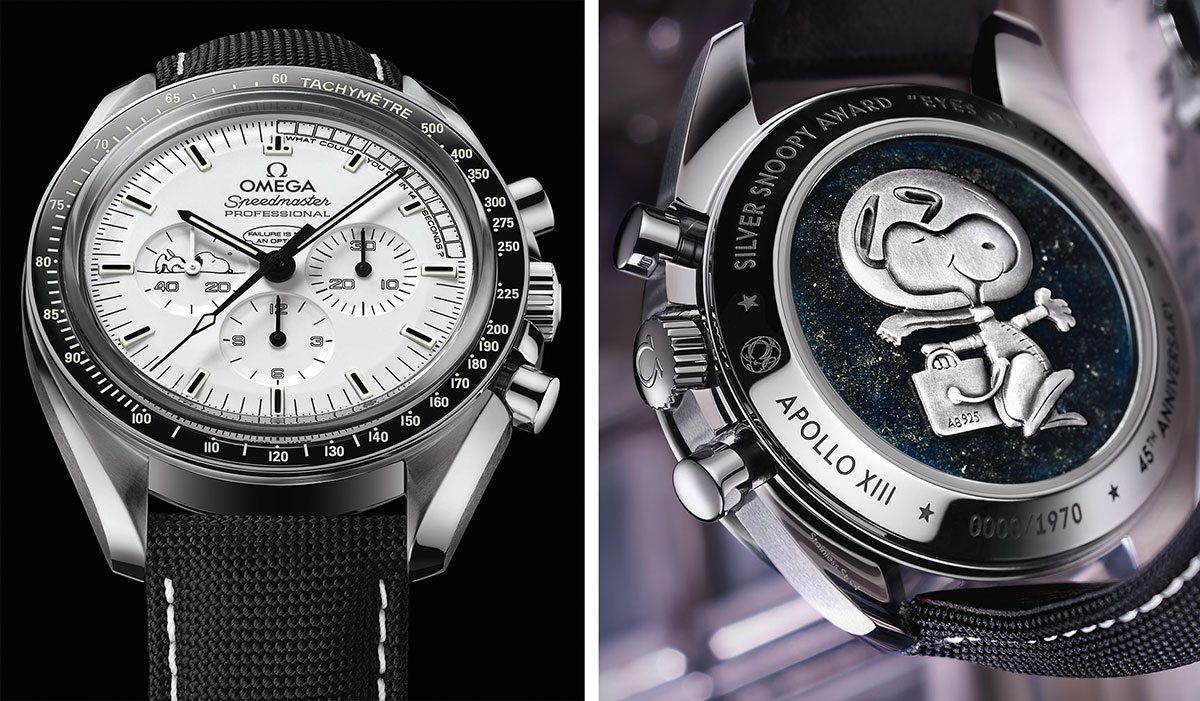 Not many watches have been on the moon. Not many watches have saved lives. Not many watches feature one of the world’s favourite dogs. This piece has all three and so its attraction is obvious at first sight. It was issued to mark the 45th anniversary of the Silver Snoopy Award given to Omega for the Speedmaster worn by Jack Swigert who used it to time a 14-second engine burn that set the crippled spacecraft back on course to Earth.

It is packed with references. The dial is the opposite, in terms of colour, to the original Speedmaster, in black on white, suggesting comic strips in newspapers. It is attractive in low lighting as well, with hands, hour indices, tachymeter scale and Snoopy all glowing green with SuperLuminova. The first fourteen seconds of the chapter ring are railway-track style and are accompanied by the phrase “What can you do in 14 seconds?” At the centre of the dial, Snoopy is taking a nap and dreaming the words “Failure is not an option,” which come from the film Apollo 13, spoken by actor Ed Harris playing Flight Director Gene Kranz. 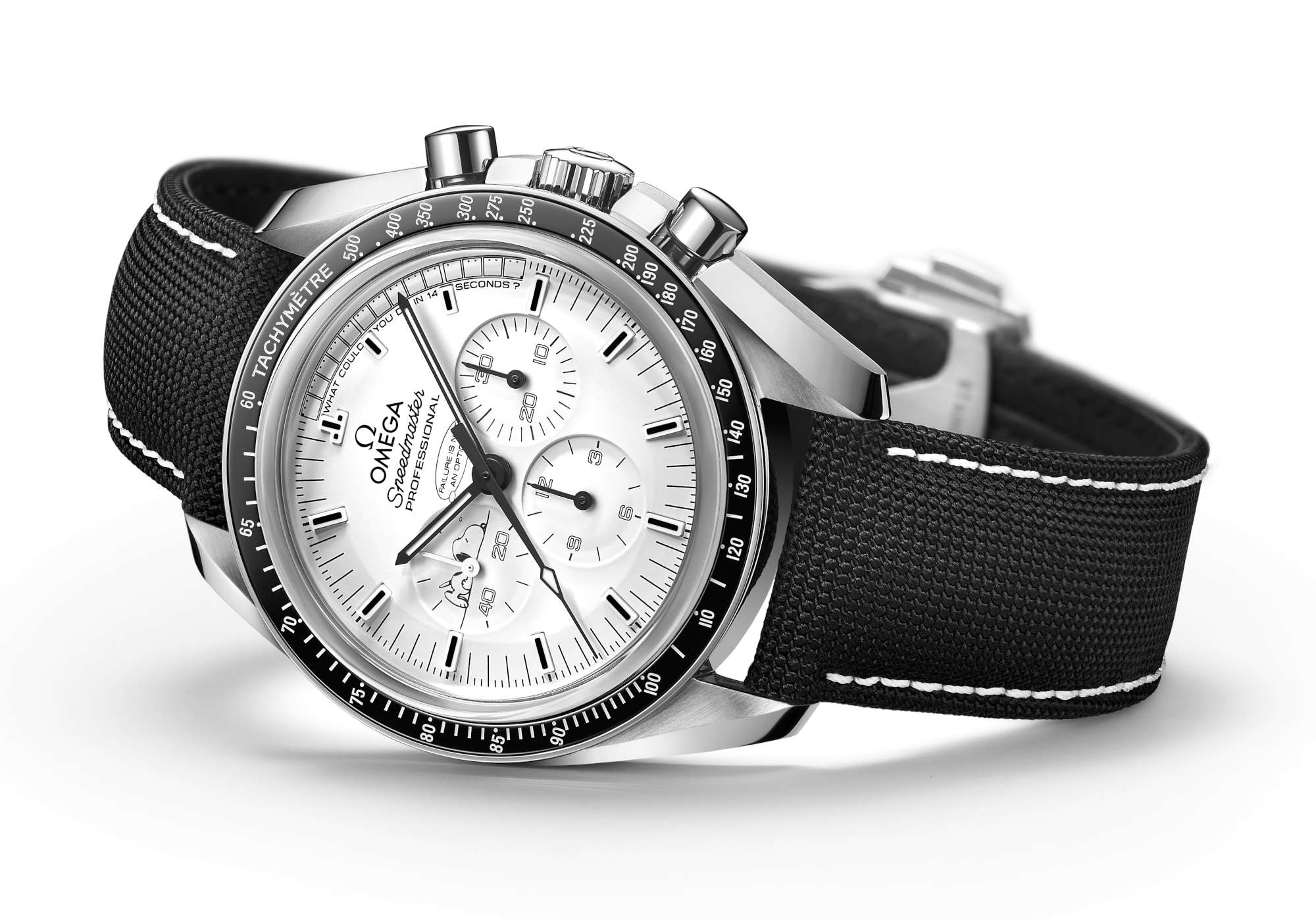 The caseback has a transparent sapphire window, but this doesn’t provide a view of the movement as would be normal: rather, it protects a medallion in silver, similar to the pin accompanying the Silver Snoopy Awards itself, given by the NASA astronauts to someone whose contribution to their space programme was out of the ordinary. The original pin was designed by Charles Schulz, showing Snoopy with a helmet floating in space, rendered nicely in this watch by a base in sapphire glass coated with dark blue enamel with a sprinkling of silver powder, applied by hand, to suggest the stars. The external part of the caseback in steel is engraved with the markings “Silver Snoopy award,” “Eyes on the stars,” “45th anniversary,” “Apollo XIII” and the watch number. It is a limited edition of 1,970 pieces. 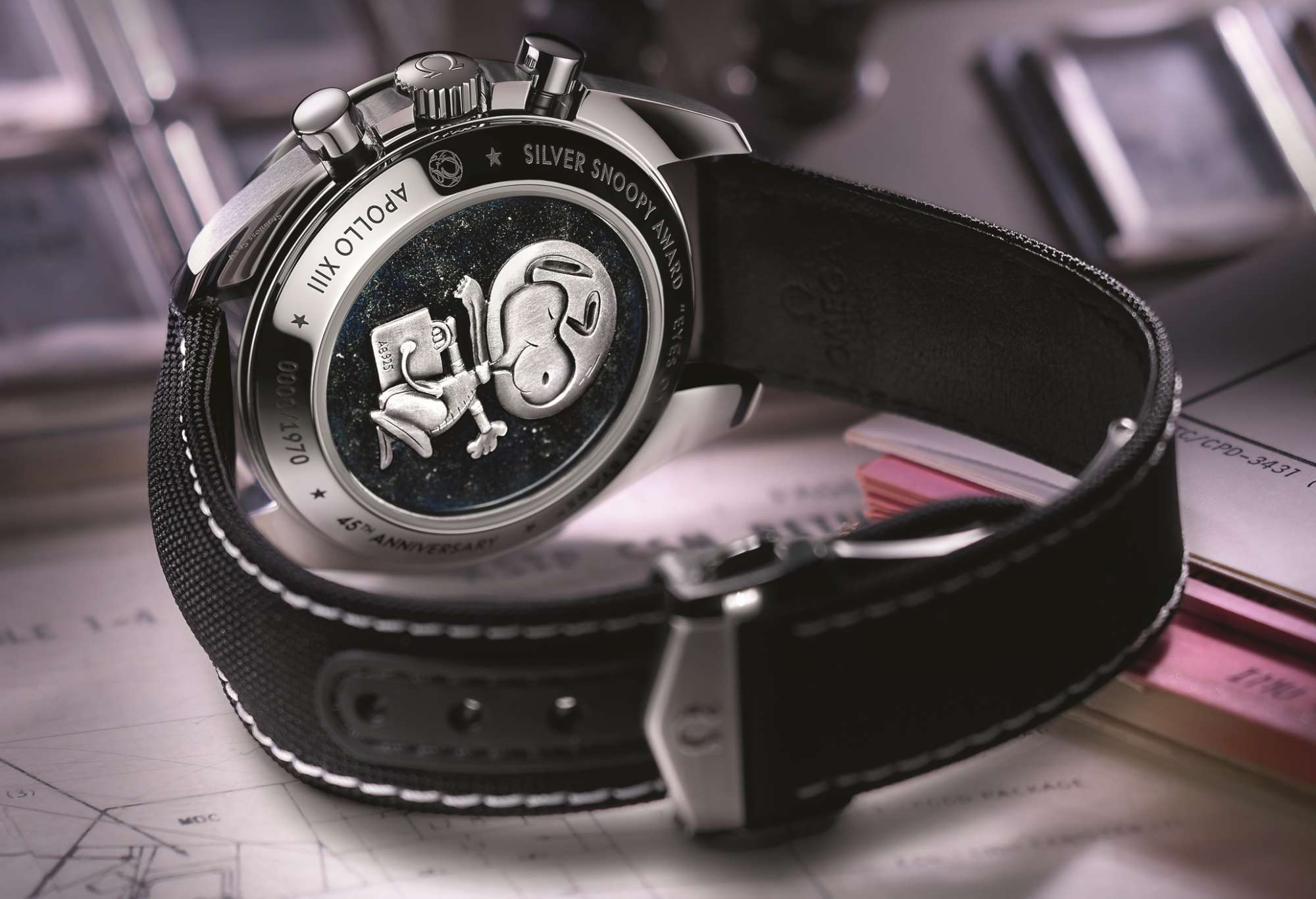 The case is in stainless steel, 42 mm in diameter and 14.81 mm thick, with 50 metres water resistance. It has a black coated nylon fabric strap. Inside, the Calibre 1861 movement is the same as the original Moonwatch, a manually-wound chronograph with 48 hours’ power reserve, running at 21,600 vph (3 Hertz). The dial shows continuous seconds at 9 o’clock, 30 chronograph minutes at 3 o’clock, and 12 chronograph hours at 6 o’clock.

The watch is supplied in a presentation box that includes a certificate of authenticity, a silver Snoopy pin and a special newspaper celebrating the piece. 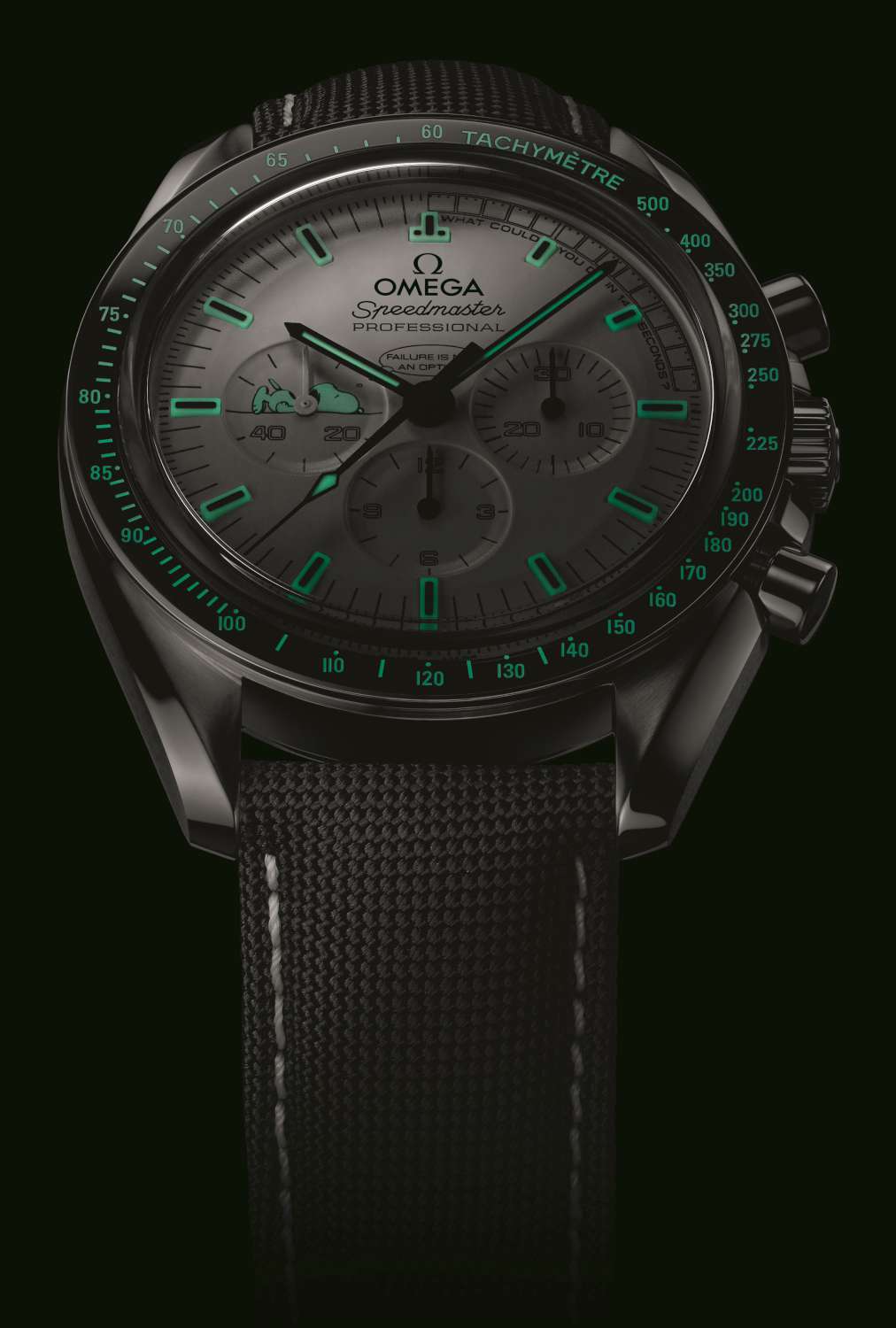