The original concept for HYT’s idea of watches in which time is indicated by two imiscible liquids driven by two bellows was devised by Lucien Vouillamoz in about 2002. A few years later, he was working with Patrick Berdoz and Emmanuel Savioz on the areas of patents and finance, and the first prototype was built in about 2009. A meeting with Vincent Perriard in 2010 enabled the project to become operational; consultancy on the movement was provided by Jean-François Mojon at Chronode; design was masterminded by Sébastien Perret’s company Etude de Style. H1 was presented at Baselworld in 2012, H2 the following year, with movement design by APRP, Audemars Piguet Renaud & Papi. 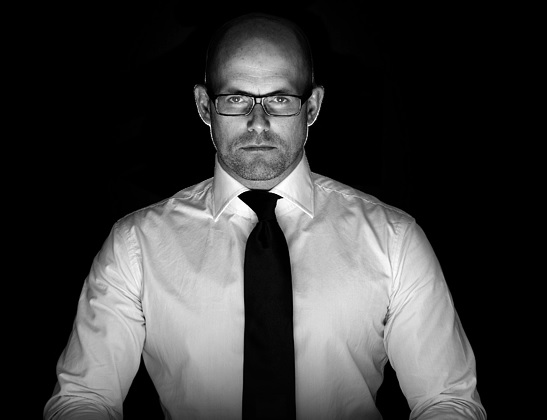 Retrograde hours shown by fluid in capillary, at 6 o'clock the fluid flows back to the start 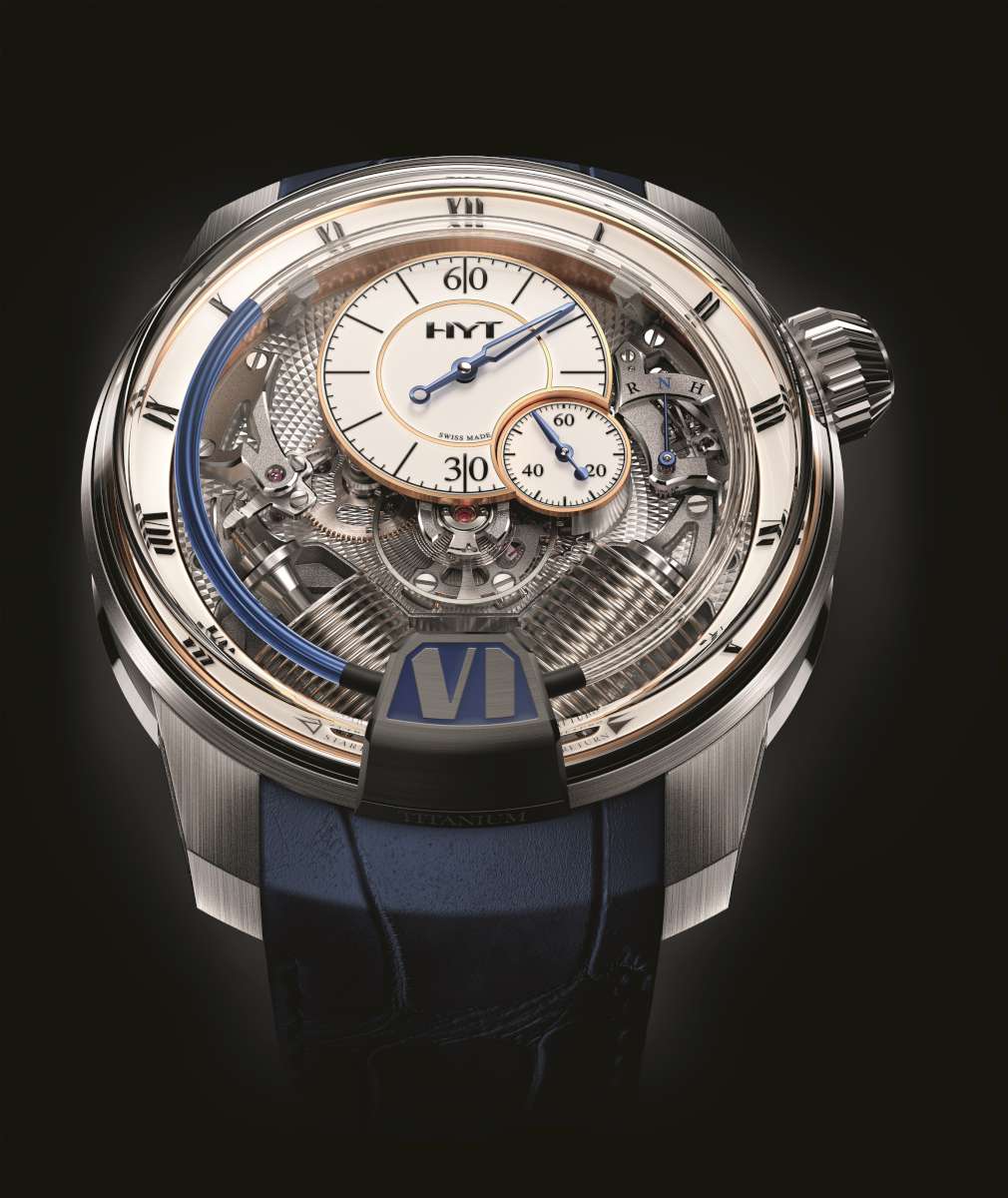 Strap in rubber and Nomex fibre 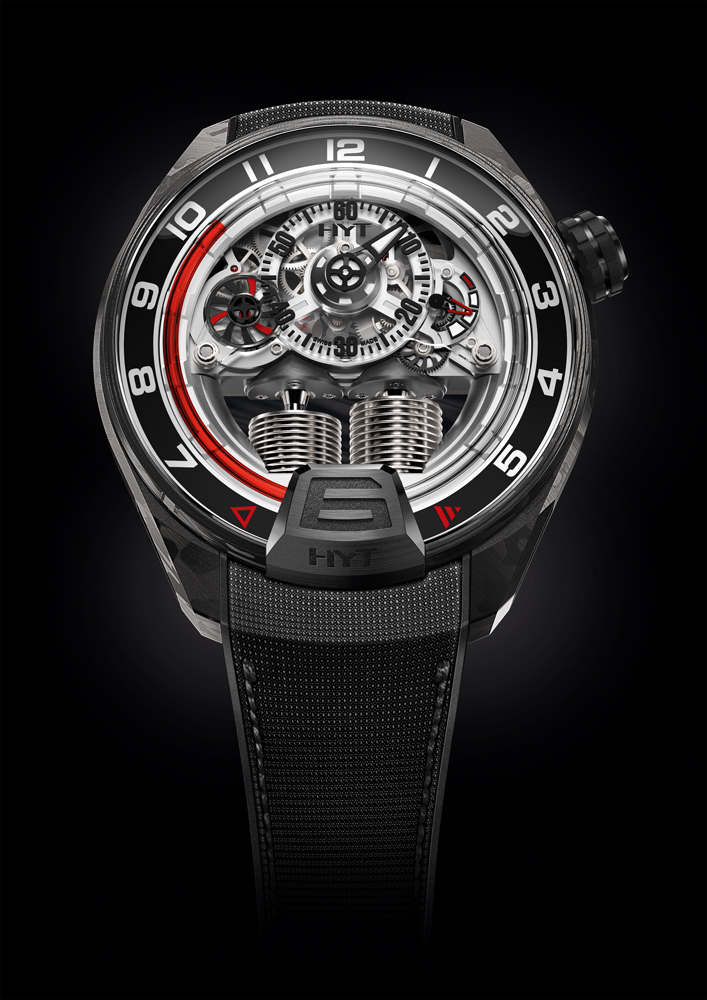 Bellows pumping the liquid in the capillary

Square-section rod rotates every six hours, and the fluid in the capillary returns to the start

Pusher that rotates the hour-bar, changing the time by six hours 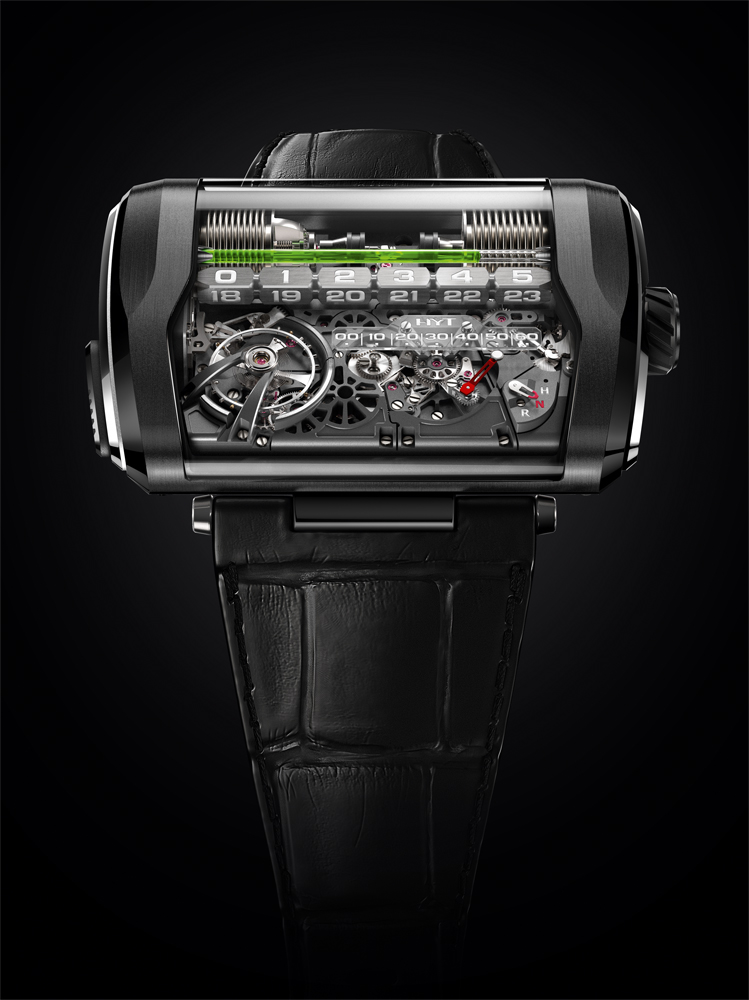