Bond crest developed into pattern on the dial 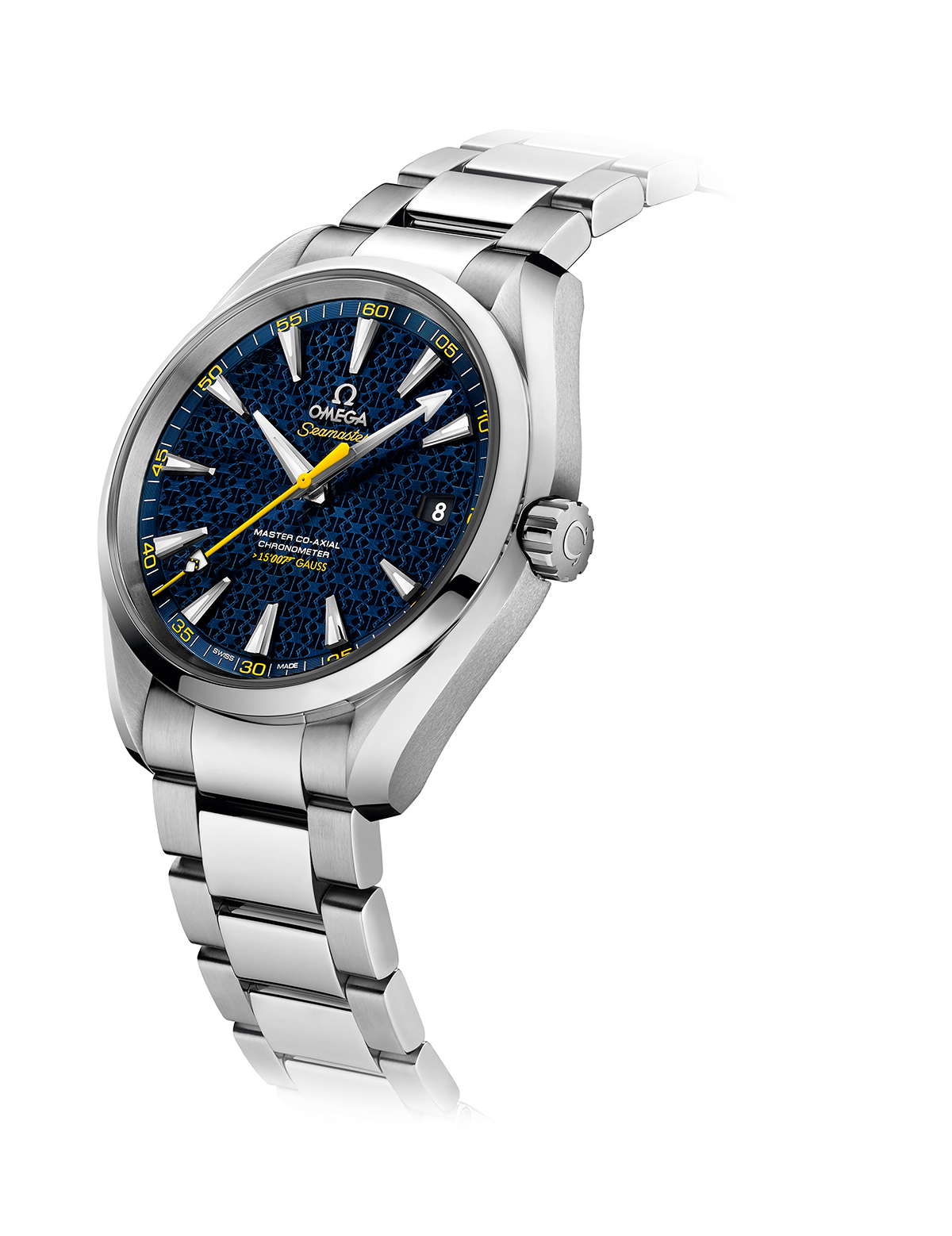 Omega and Apollo 13 was a success story that developed of its own accord, as it were, NASA choosing Omega as its mechanical back-up for timing purposes, and then the Apollo 13 incident, the film, and so forth. The brand’s relationship with James Bond on the other hand required time and major investments that enabled Omega to become the agent’s preferred timepiece.

This year, looking ahead to the new bond film Spectre that will be released in autumn this year, Omega has presented the limited edition Seamaster Aqua Terra 150M, inspired by the Bond family coat of arms, which appears complete as a miniature shield near the tip of the yellow central seconds hand, and developed into a pattern covering the whole of the navy-blue dial. 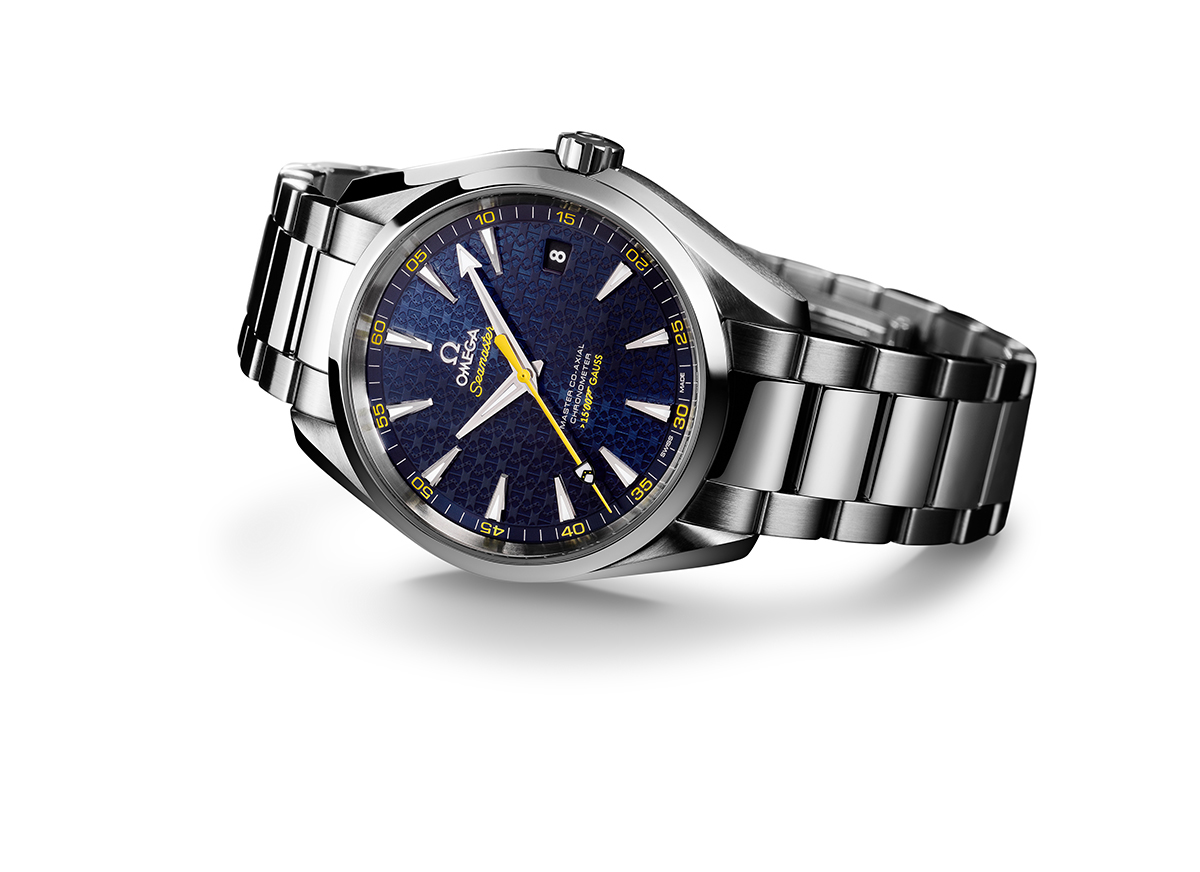 The Omega Master Co-Axial calibre 8507 automatic movement incorporates the brand’s 15,000 gauss anti-magnetic capability that will gradually be extended to most Omega watches, and that is cleverly labelled on the dial as 15,007 gauss. It has two barrels in series and provides 60 hours power reserve. Another reference to the famous spy is the oscillating weight of the movement visible through the sapphire caseback, with a spiral design that resembles the gun barrel rifling that appears in the black and red opening titles of the films, and a central motif that looks like the base of a bullet complete with percussion cap and James Bond lettering. 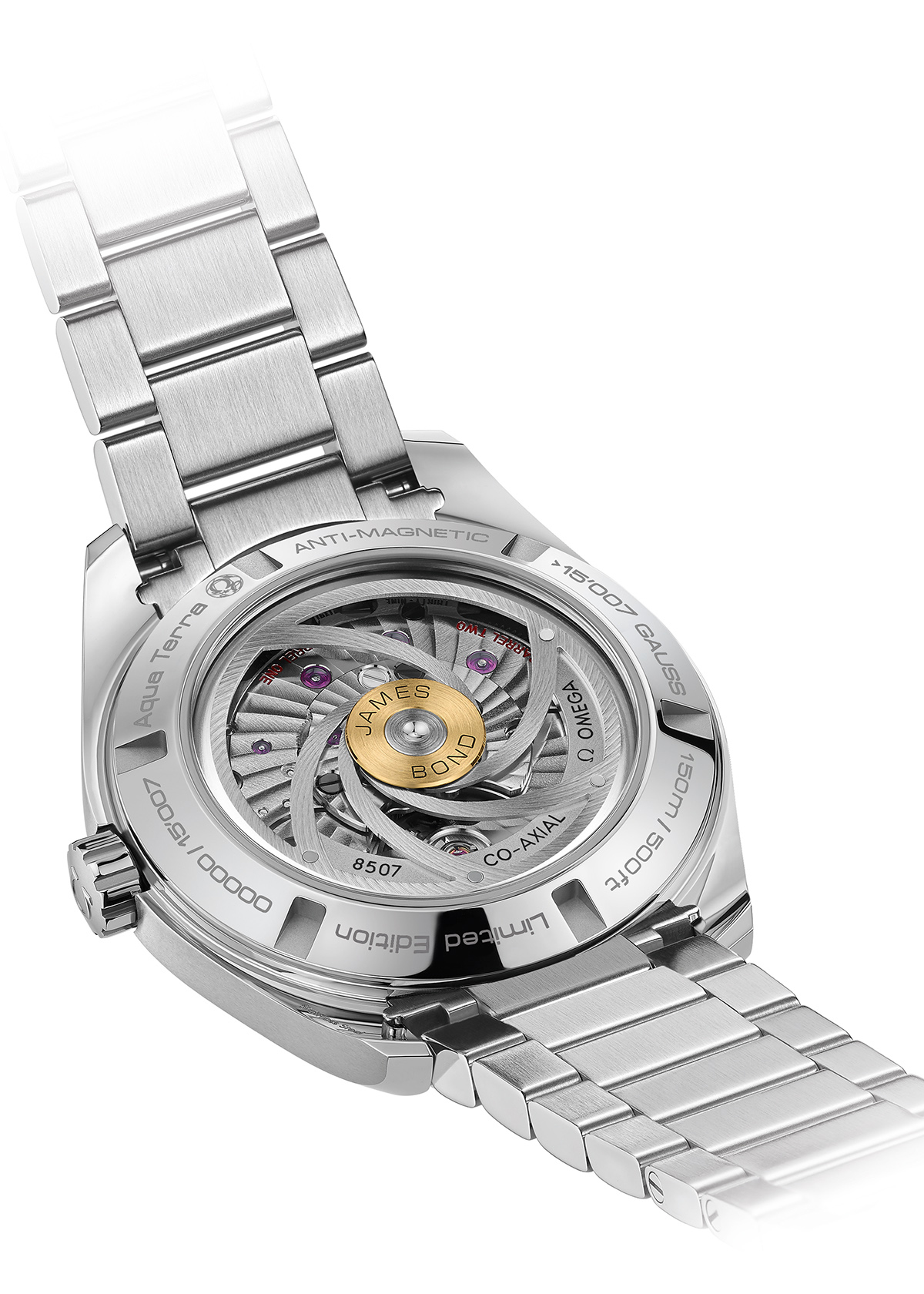 15,007 pieces of the watch will be made, with four-year guarantee and an attractive presentation box also complete with the Bond arms. Each watch will cost about €5,800 (CHF 6,100). In boutiques from July 2015. For the film, we have to wait till November 2015. 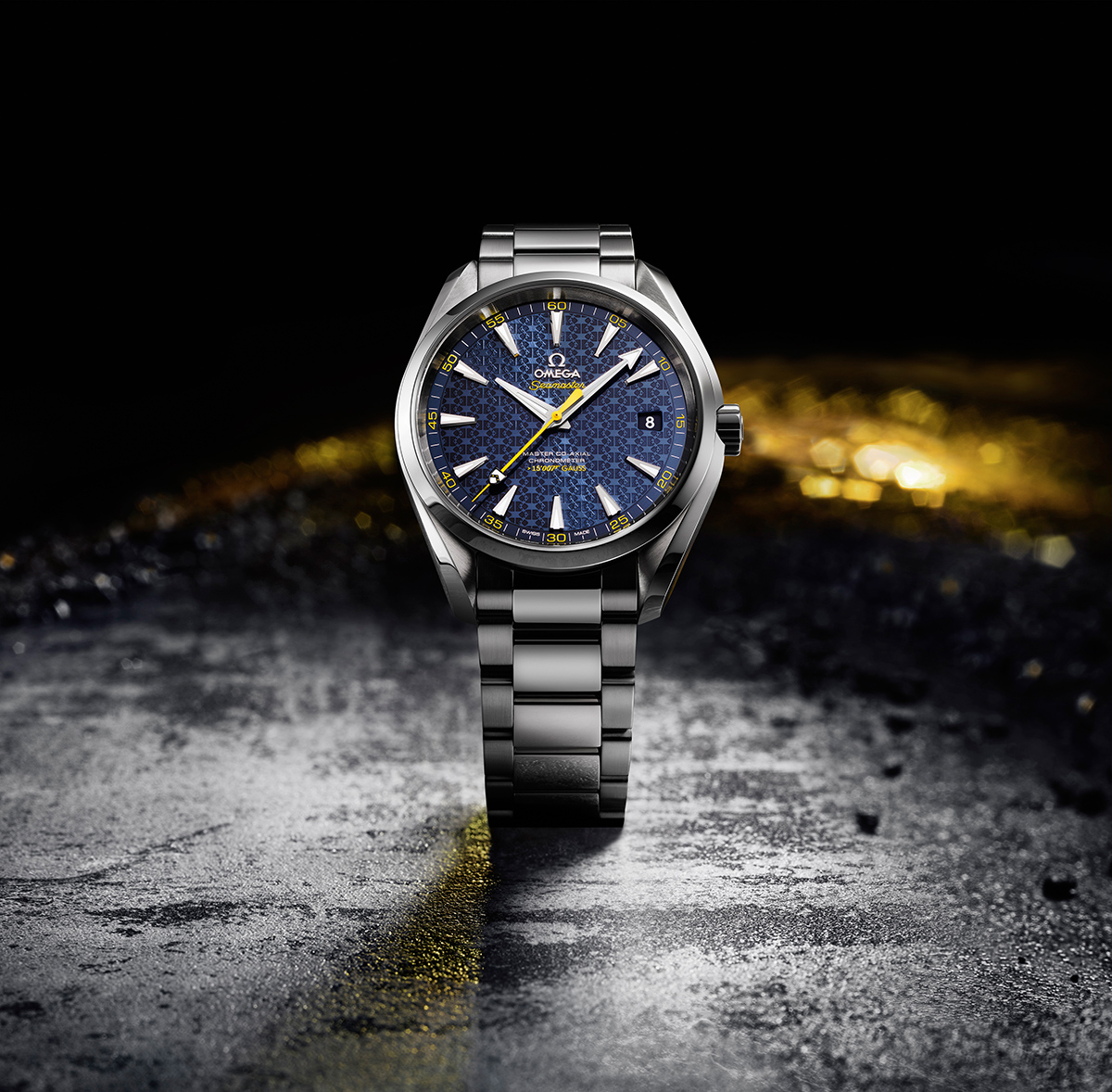