Observatory motif with 8 stars symbolizing the 8 METAS certification criteria, including resistance to magnetic fields of 15,000 gauss 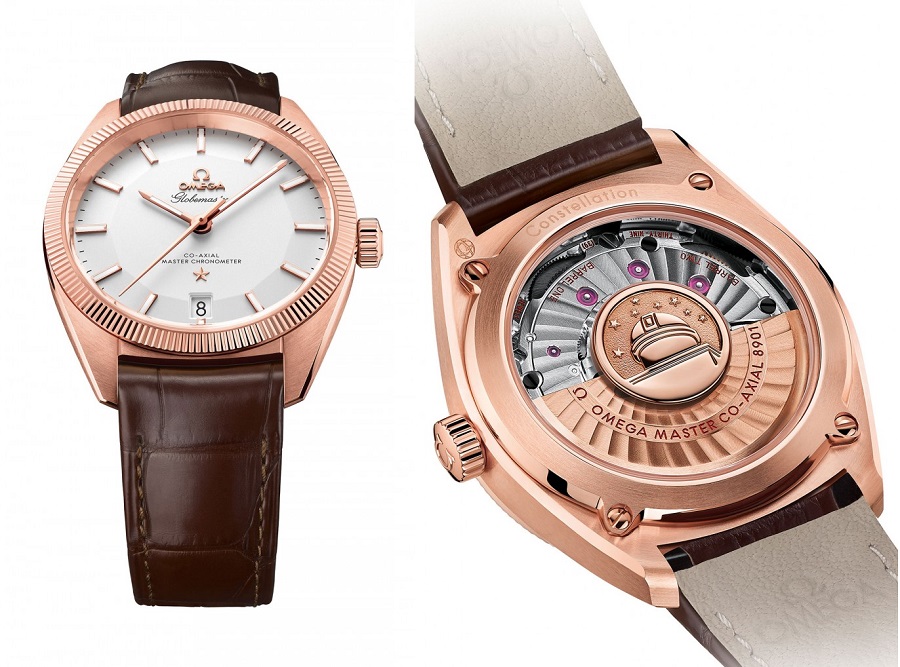 One of the themes that emerged at Baselworld 2015 was certification, with Rolex announcing that in addition to the COSC certification (which tests the movements, not the assembled watch) that they already use, they will run their own additional testing on the watch in the case, and Omega announcing their own new departure in this area.

Omega take a very long-sighted view to their innovation. At Baselworld 2011, Nick Hayek, CEO of Omega, and Stephen Urquhart, President, Omega, invited their product development engineers to develop a new function useful for everyday use, and Jean-Claude Monachon, Vice President, Product Development at Omega, suggested anti-magnetism. The development work was performed by Swatch Group company Asulab, and the result was the Seamaster Aqua Terra >15,000 Gauss, which continued running unfazed even by the massive magnetic field of 15,000 Gauss. The watch reached the market in late 2013, with the promise that its anti-magnetic technology would successively be extended to most of Omega’s co-axial movements.

The Globemaster represents the next phase of this process: a complete series of three-hander watches, all with co-axial movements and anti-magnetic technology.

This watch is in part a reference to early Omega Constellation models, and though its name recalls an aircraft (an American military transport plane), in actual fact the name “Globemaster” was originally used for the Constellation timepieces that were produced and distributed in the USA in the 1950s. The dial has the same faceted “pie-pan” design, and the fluted bezel that was part of the Constellation. The sapphire caseback reveals a medallion bearing an image of an observatory, a reference to chronometer precision trials held in the 1940s and ’50s. Eight stars in the sky above the observatory cupola refer to precision records won by Omega, and the eight criteria of the new certification criteria introduced by the brand for this watch. Just as for the Co-Axial movement, this “Master Chronometer” certification will progressively be extended to the entire range.

The new certification procedure was announced in December 2014 by Omega and the the Swiss Federal Institute of Metrology (METAS). The criteria measure the watch’s performance in everyday conditions, and ensure that it continues to work accurately when exposed to strong magnetic fields of 15,000 gauss. Before these eight tests, the watch’s movement must have passed Contrôle Officiel Suisse des Chronomètres (COSC) testing. Each watch is delivered with a certification card that includes an identification number which can be used to discover how their watches performed in each test. 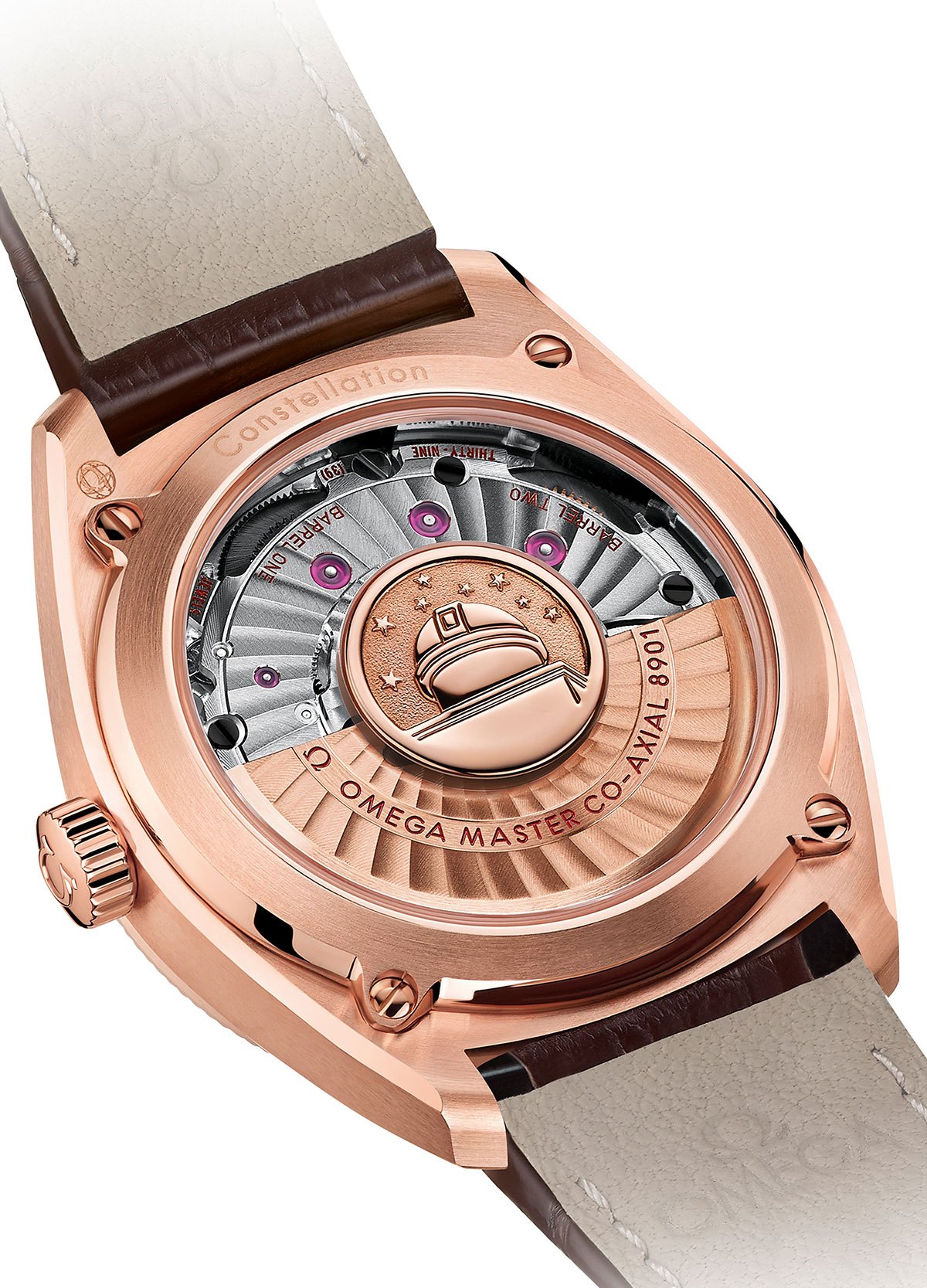 The watch is available in a wide range of materials including 18K Sedna™ gold, 18K yellow gold and stainless steel. The case is 39 mm in diameter and 12.53 mm thick, with a brushed finish. Dial colours include sunray-brushed blue and silvery opaline. Indexes and the Constellation star are applied to the dial. The three hands are coated in SuperLuminova.

The watch has a 4-year guarantee, Models available: 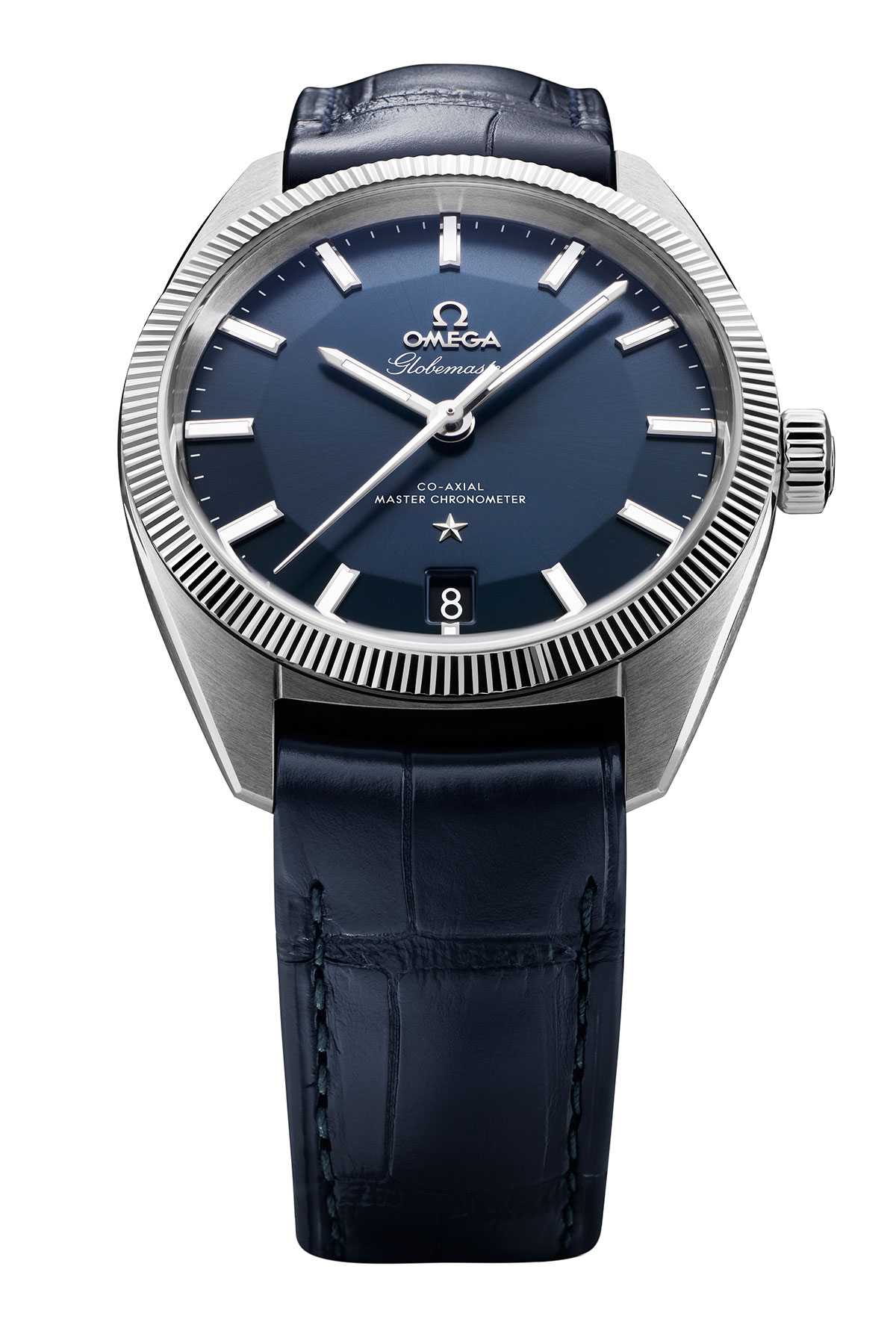