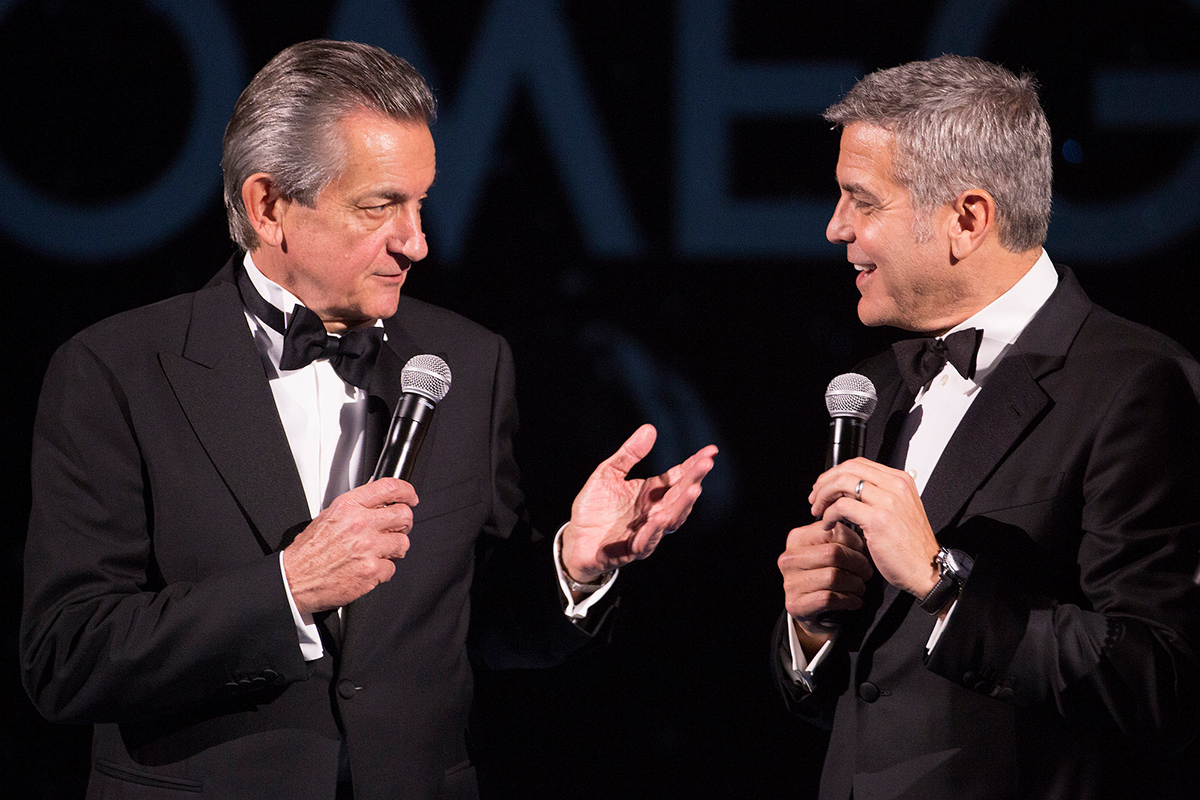 There’s no doubt about it, George Clooney was perfect in Gravity, and he looked very much the part at Omega’s celebration of its links to space travel on 12 May in an aircraft hangar in Houston. Guests included the “last man on the moon” Gene Cernan, who commanded Apollo 17, and fellow astronaut James Lovell. (In the photo above, Omega President Stephen Urquhart, and George Clooney).

George Clooney, who was 8 years old when Neil Armstrong first set foot on the moon, said, “This was a time for us in our country when we needed these people to dream.” He continued, “You gentleman are an inspiration to all of us here and I have to tell you what an honor it is to be standing up here with you.” The Speedmaster accompanied astronauts on all six lunar landings. Stephen Urquhart, President of Omega, described the special relationship between Omega and NASA created by the Apollo 13 episode: “For OMEGA it was an unbelievable story. It could have been a disaster but turned out fantastic and today it’s an incredible part of our heritage.” 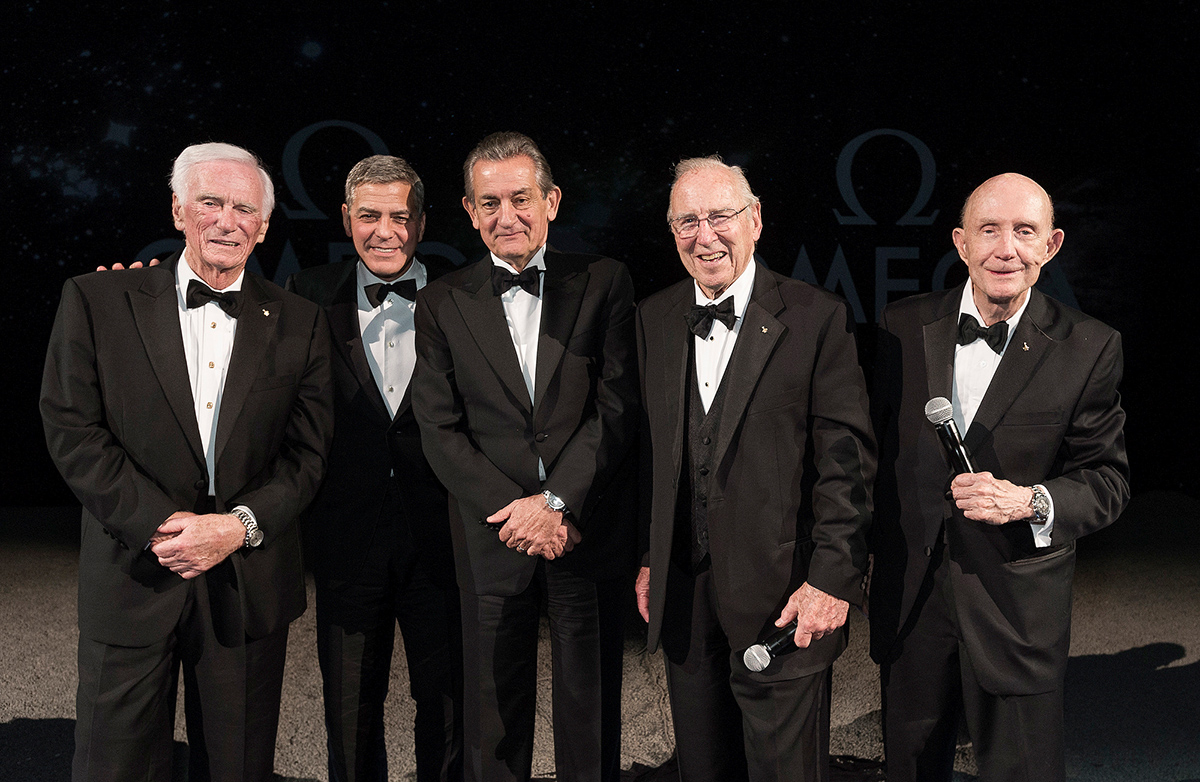