The Omega De Ville Prestige Butterfly was presented in October 2014 in Seoul, at Dongdaemun Design Plaza designed by Zaha Hadid, in a spectacular installation where the Plaza was filled with 21,000 white flowers lit by LED bulbs. This year, the watch will be released in a new version, the Omega De Ville Prestige Dewdrop, in which the most striking feature is a bracelet made from five rows of droplet-shaped links. It’s a lovely expression of jewellery, the bracelet flowing supply around the wrist like water and linked to the case with three lugs in the same dewdrop shape.

The Omega De Ville Prestige Dewdrop is made in two sizes, 32.7 mm (thickness 9.55 mm) and 27.4 mm. The smaller models have a quartz movement with just hour and minute hands, the 32.7 mm versions have the Omega 2500-calibre mechanical automatic movement with three hands and date window. There are two dial designs, one in unadorned mother-of-pearl, and one with a decoration in golden butterflies inherited from the De Ville Prestige Butterfly. There are also two choices of gold, red or yellow. All have diamond-set bezels: in the 32.7 mm version there are 44 diamonds totalling 1.1 carats, with another eight on the dial. The watches have a polished rounded crown with the Omega symbol, and a solid caseback embossed with a depiction of Ancient Greek god Chronos and the Deville logo. Water resistance 3 bar/30 metres.

This watch was announced at Baselworld 2015 but we didn’t actually get to see it, and prices have not yet been announced. It will be available from November 2015. 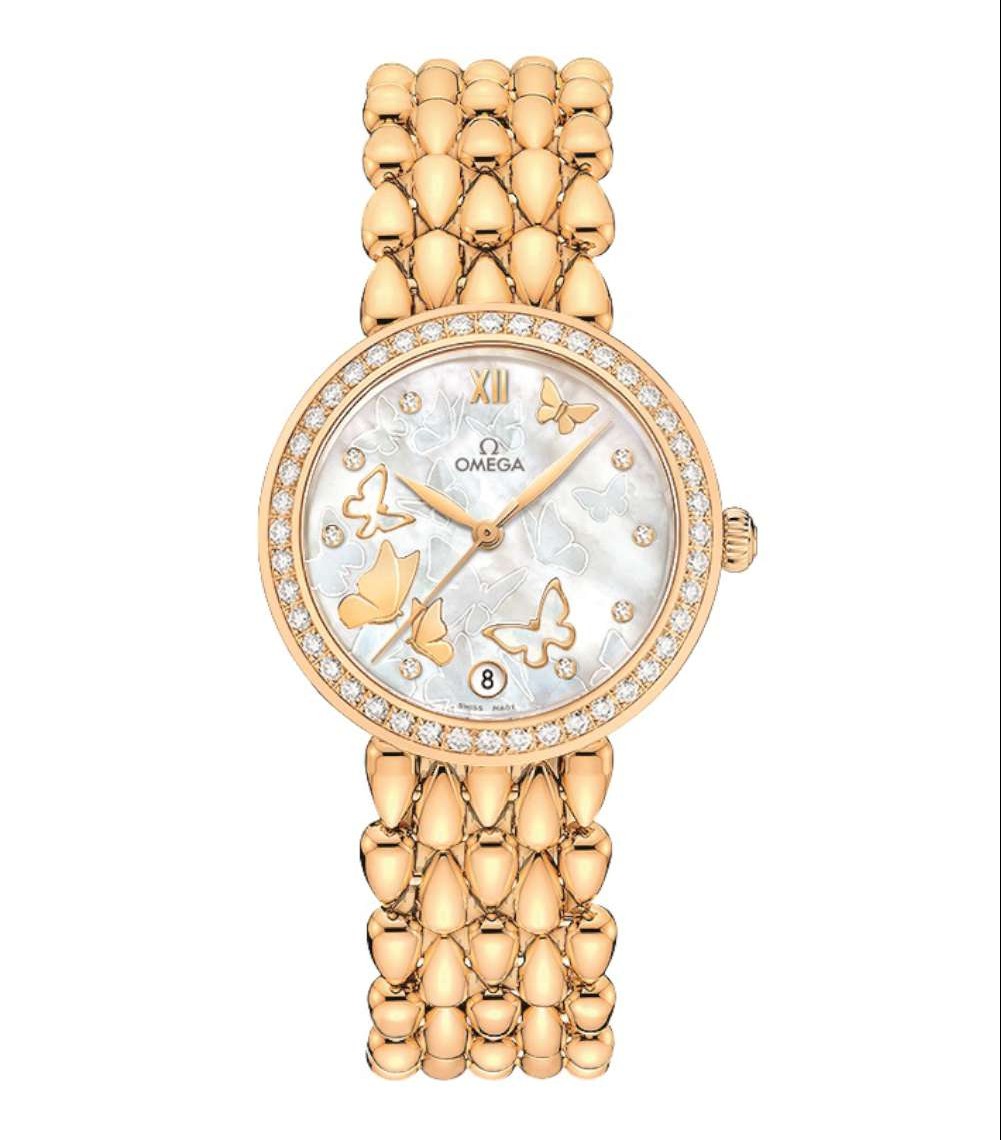 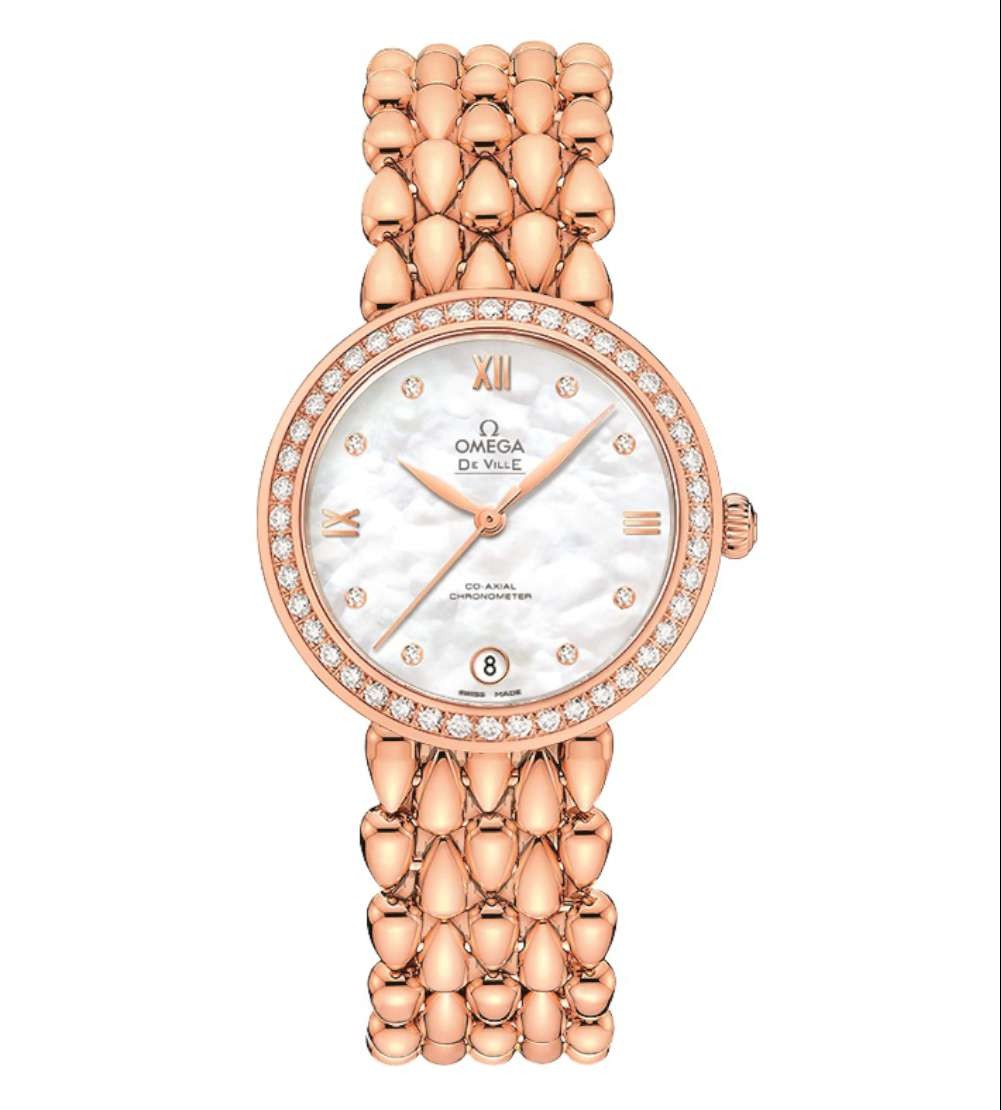