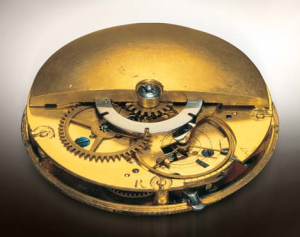 Perrelet places the date 1777 below the brand name on the watches it makes. This is based on a date in the history of founder Abraham-Louis Perrelet: the year in which he completed the first self-winding movement, with a rotor that moved with every movement of the wearer and transferred energy to the mainspring. This is documented by a report by a correspondent for the Geneva Society of Arts, dated 1776, stating that fifteen minutes’ walking was enough to wind the pocket watch and keep it running for eight days. Perrelet had been working on the invention since 1770, and it went on to sell well. These pocket watches were large, and still had a separate key so set the hands, and to wind the watches so that they could be kept going when not being used. In the 1780s he sold watches to Breguet in Paris and Recordon in London, both of whom made their own versions of the “perpetuelle” or self-winding movement.

The date on Perrelet’s dials, 1777, seems an arbitrary selection because the founder was active as a watchmaker from about 30 years earlier. Abraham-Louis Perrelet was born in Le Locle in 1729, and was one of the pioneers of watchmaking in his home town. He began his career in his father’s trade as a toolmaker, and went on to make movements that he sold to other manufactures. He died in 1826, and his business was inherited by his grandson Louis-Frédérick Perrelet (born in 1781) who studied with his grandfather and served as an apprentice at Abraham-Louis Breguet’s workshops in Paris. Louis-Frédérick specialized in chronometers and astronomical complications, and he received a royal warrant from three kings of France. In 1828 he patented a system that could be considered as the forerunner of the split second chronograph hand.

Louis-Frédérick Perrelet died in 1854, and what happened to the brand after that seems unclear, even though the company claim that it has been constantly active since the days of its founder. But it returned to visibility in 1990, working on the concept of a dial-side rotor. Perrelet produced its first model in 1995 and filed a patent for the design. The brand was purchased by the Festina Group in 2004; Marc Bernhardt served as CEO from 2007 to 2009, after which the owner of Festina Miguel Rodriguez appointed Fausto Salvi for the role. Salvi left in 2013, replaced by Gérald Roden as ad interim CEO. In January 2015, Tristan Boyer de Bouillane was appointed as General Manager of Perrelet. He said, “We intend to strengthen Perrelet’s legitimacy as a Manufacture, by offering in due course exclusively self-winding watches equipped with our own movement.” In August 2015 Tristan Boyer de Bouillane was also appointed as General Manager of Leroy, high-end watch brand of French origin dating back to 1785.

Perrelet makes about 10,000 watches per year, mostly in the €5,000-€20,000 range, with a very good price/quality ratio. Currently 95% of its products are made in-house, with the objective of reaching 100% over the next few years. Their main market is Europe, though there are distributors all over the world. 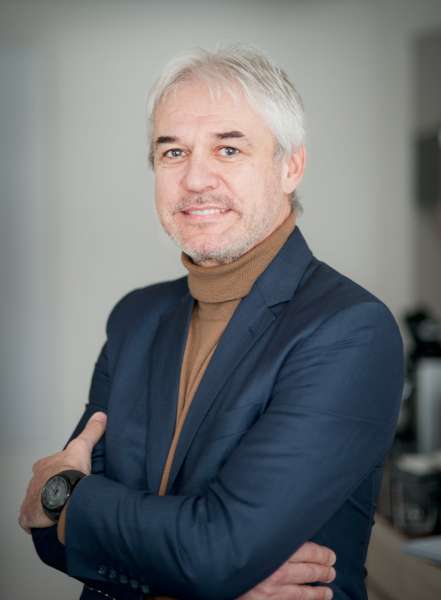 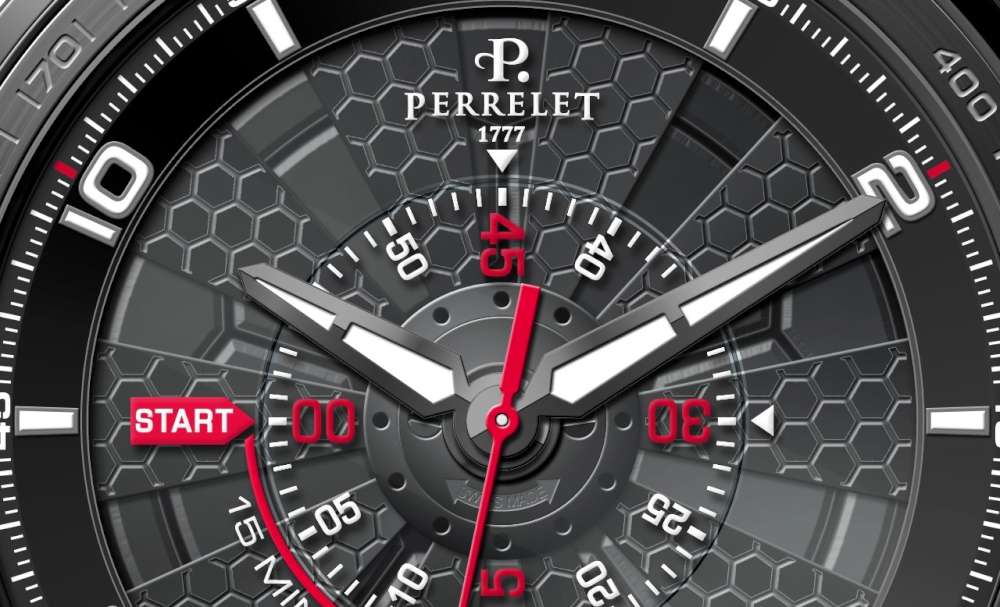