Ralph Lauren (whose real name is Ralph Lifshitz) began his career in the fashion industry back in 1967, launching a range of ties that he named “Polo,” drawing on his own sports interests. “It was exciting,” he said, “that tie grew into a whole industry.” His fashion ranges were joined by fragrances (1978), home products (1983), even emulsion paint (1993), and, more recently, watches, by means of a collaboration with the Richemont Group signed in 2007. Each partner owns 50% of the new joint-venture company. The first timepieces were presented in January 2009 at SIHH in Geneva.

Like everything in the entire Ralph Lauren empire, the watches reflect his hands-on approach. When he was working on the Safari collection a couple of years ago, his team presented a prototype of a watch with a military green canvas strap just before the summer holidays. Ralph was delighted and said that it was perfect and would undoubtedly be a success, but that he would take it on holiday so that he could reflect on it at length. When he returned to the office two months later, he presented the team the same watch, whose strap had discoloured slightly, unevenly, acquiring the classic patina of age and wear. “This is how it should be,” he said. And to make sure, he didn’t give the designers the whole watch, but kept one half-strap himself, so that he had something to compare the new version with and ensure that his team had done a good job.

Ralph Lauren watches are made by the Ralph Lauren Watch and Jewelry Co. based in Geneva, and the watches are crafted in Switzerland, with movements made by other Richemont Group companies. As a result, some of the watches are very sophisticated, with some original forms (the Stirrup collection) and high-end movements (including the RL67 Safari Tourbillon launched in 2013). Several models are inspired by Ralph’s collection of classic cars. 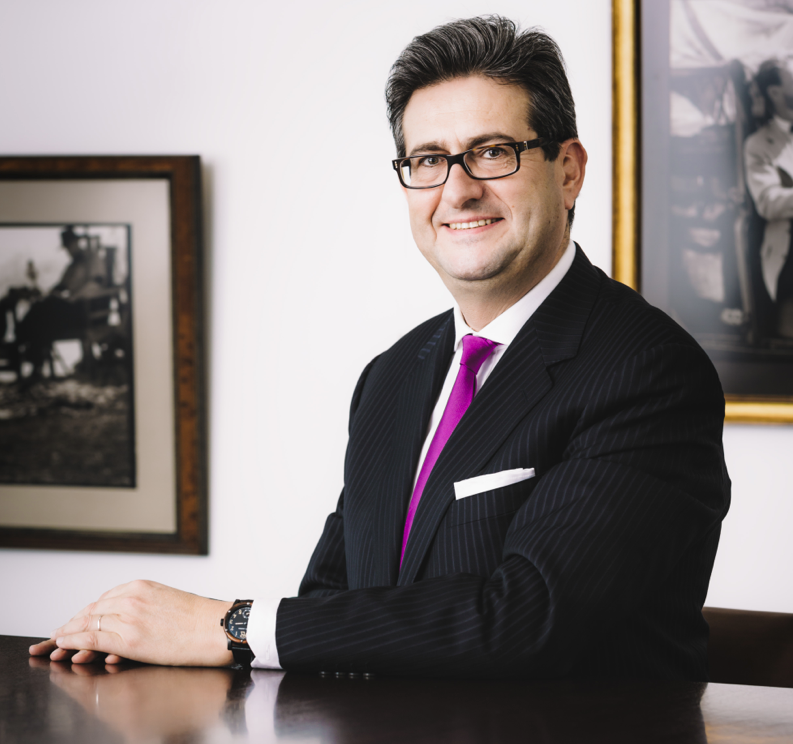 A watch inspired by a car: Ralph Lauren’s Automotive Chronograph

Ralph Lauren and his Stirrup watches