Lots of people like pilot’s watches, and luckily, IWC like them too. While awaiting SIHH 2016 which (I think) will see IWC renewing its pilot’s watches collection, they are offering new versions of existing watches.

Day of week indication, based on the characters in Le Petit Prince 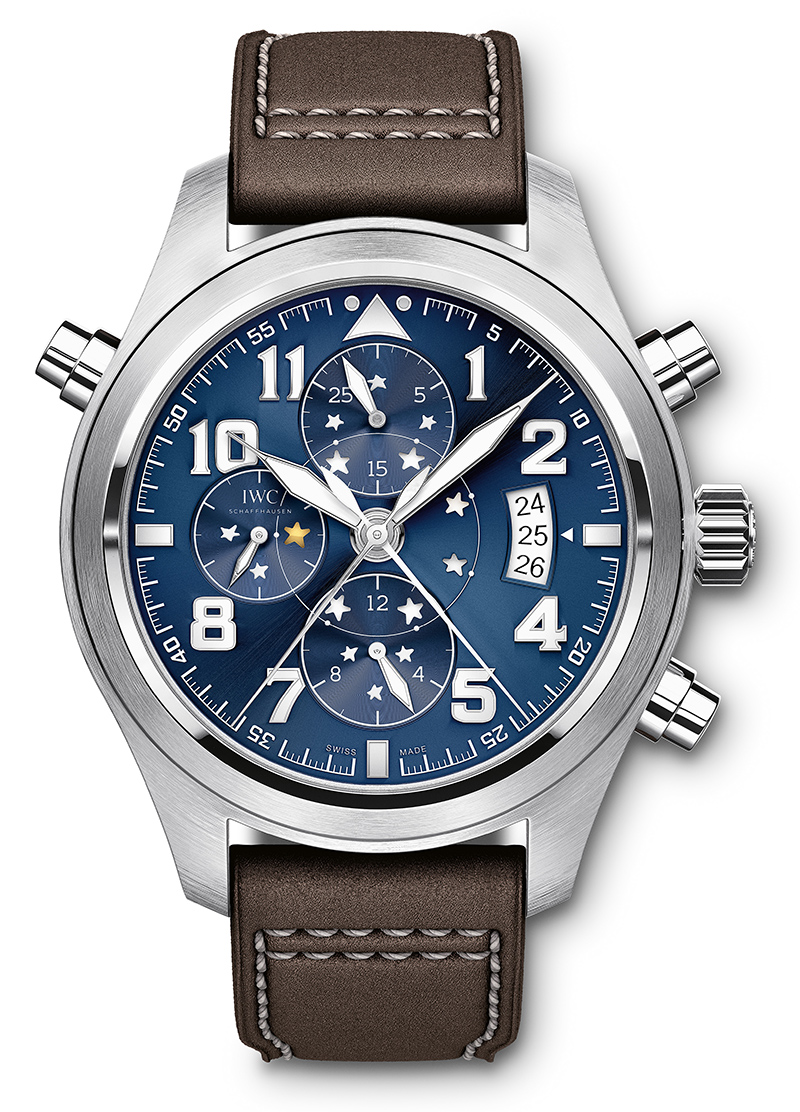 The Pilot’s Watch Double Chronograph Edition “Le Petit Prince” is dedicated to Antoine de Saint-Exupéry’s famous character, with an intriguing jumping star display at the centre, that could be considered as an indicator of the day of the week, but in fact it is something a bit more poetic. Every day, one of the seven stars (indicating the planets visited by the Little Prince and their inhabitants, king, vain man, drunkard, businessman, lamplighter, geographer and the rose) turns to a gold colour. The actual indication of the character in question is on the caseback. The user can decide which star is gold on which day of the week by operating the crown. 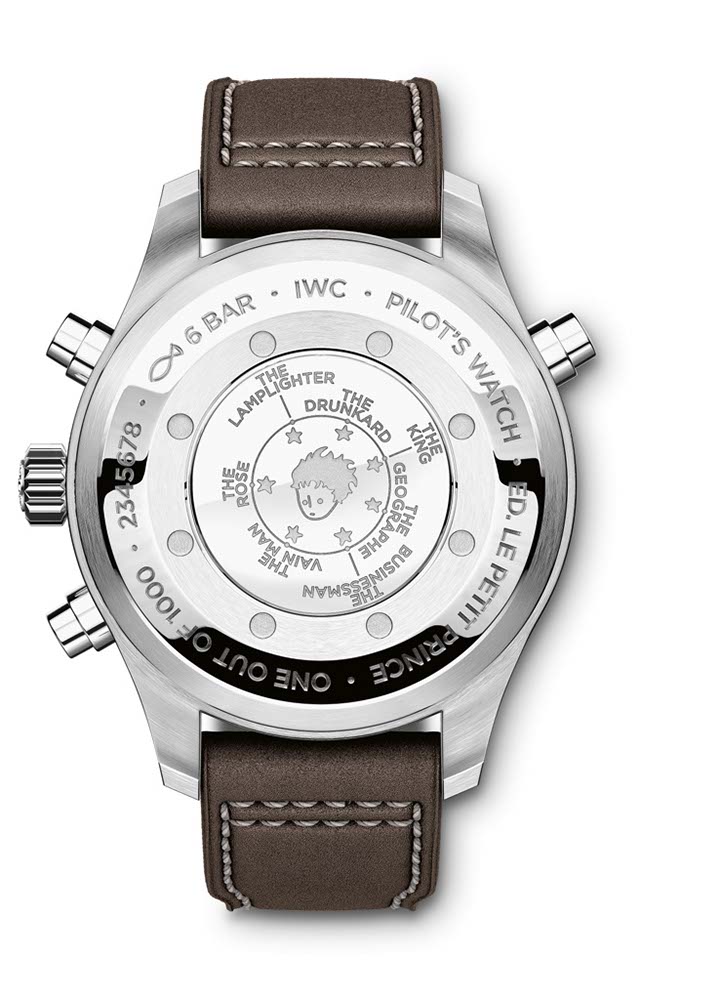 The double chronograph mechanism has two stop-watch seconds hands, so that you can record intermediate times (using the pusher at 10 o’clock) while the chronograph is still running. Apart from this, the watch has a lot of the characteristics of pilot’s watches, such as soft-iron inner case for protection against magnetic fields, stop-seconds for synchronizing the watch to a time signal, SuperLuminova Hands and hour indications, watchglass secured against drops in air pressure, and the characteristic symbol at 12 o’clock. 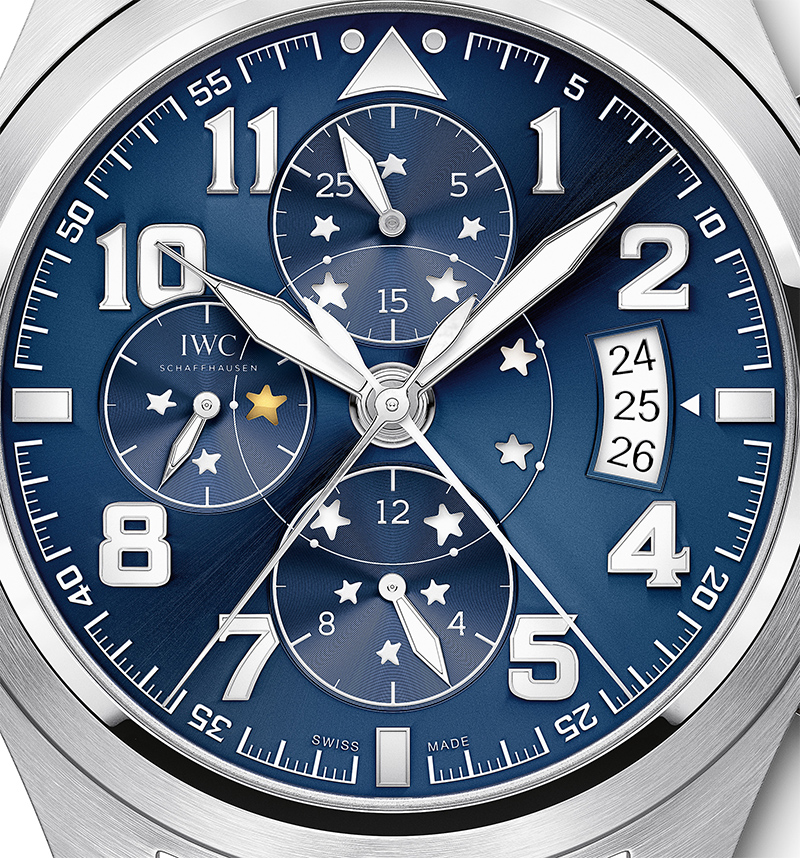 The stainless steel case is 44 mm in diameter, 17 mm thick, water-resistant to 60 metres depth of water, and it protects the automatic 79420 calibre movement running at 28,800 vph (4 Hertz), 44 hours power reserve. The 79420 is probably based on the ETA Valjoux 7750 with extensive modification by IWC. The watch is mounted on a brown calfskin strap with beige stitching.

The Pilot’s Watch Double Chronograph Edition “Le Petit Prince,” reference IW371807, is a limited edition of 1,000 pieces, and, as for all the Saint-Exupéry watches, sales in part help the charity work of the Antoine de Saint-Exupéry Youth Foundation. Price £9,750. 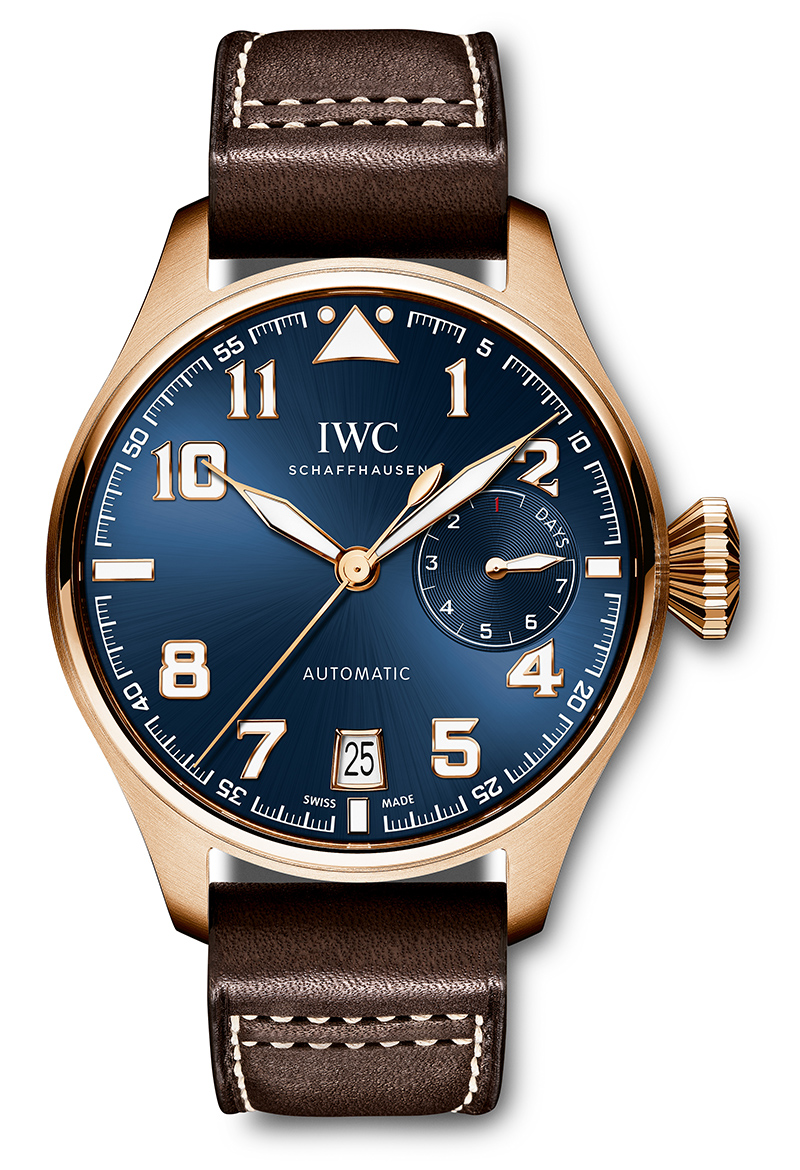 This watch was introduced in 2014 with a stainless steel case: it is now available in an 18-carat red gold version. The caseback has an engraving dedicated to the Little Prince. It’s the classic pilot’s watch but in a luxury version, 46 mm in diameter, 16 mm thick, water-resistant to 60 metres. The IWC calibre 51111 automatic movement, running at 21,600 vph (3 Hertz) provides a 7-day power reserve, shown on a subdial at 3 o’clock; the seconds hand has the stop-seconds function for accurate time setting. 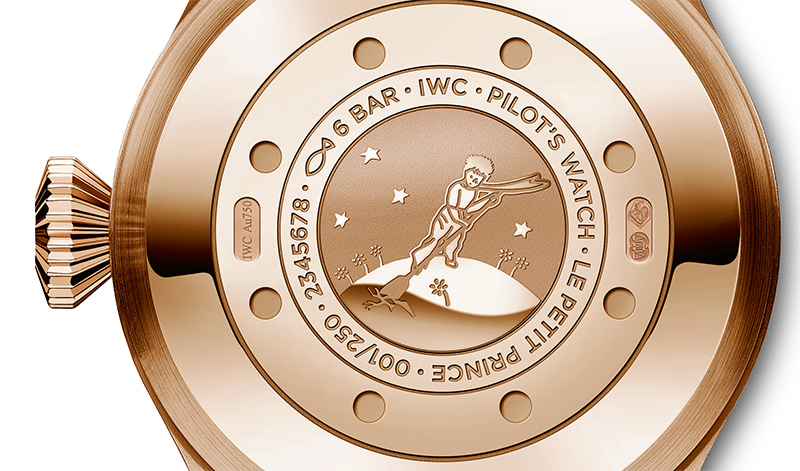 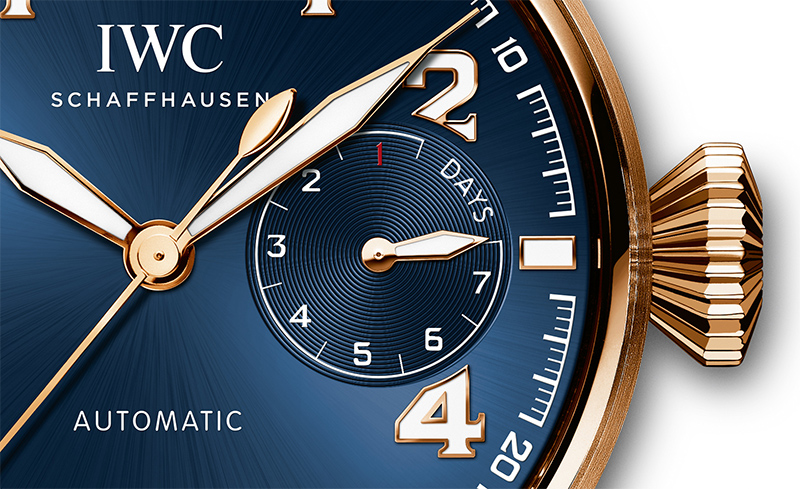