The brand was formed recently: the company was founded in 2010, with Emmanuel Dietrich as managing director from 2011. Emmanuel Dietrich was born in the French watchmaking town Besançon in 1969, and he studied design in Paris and became a watch designer, working for important watch brands for about twenty years. He founded his own company in order to express his own design ideas to the full.

His concept is “Organic Time,” whose initials appear in the names of his watches. He says, “It is the expression of my desire for balance, a balance between feelings, forms, sensations and pleasure. It is the culmination of my design signature: delicate but bold, powerful yet sensual. The Organic Time is more than a desirable object; it is a tool that speaks the same organic language as our bodies.” The first watches, OT-1, OT-2 and OT-3, were launched between 2014 and 2015, with OT-4 due to arrive in September 2015.

Layered dial with parts of the movement visible

Green SuperLuminova on hands, indices and the 24-hour indicator

Indices are on the undersurface of the sapphire watchglass 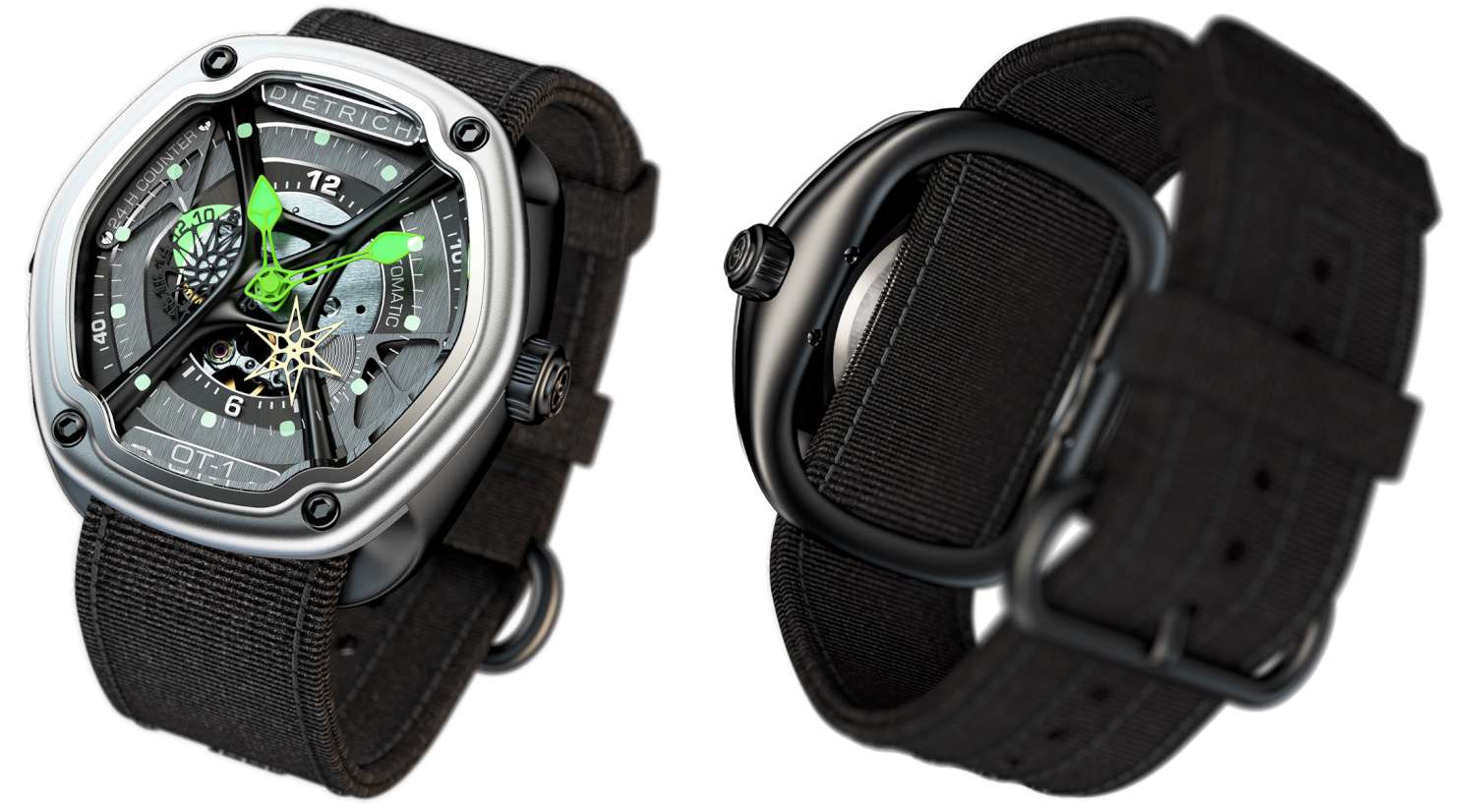