30-minute chronograph subdial, with 5-minute countdown to start of regatta 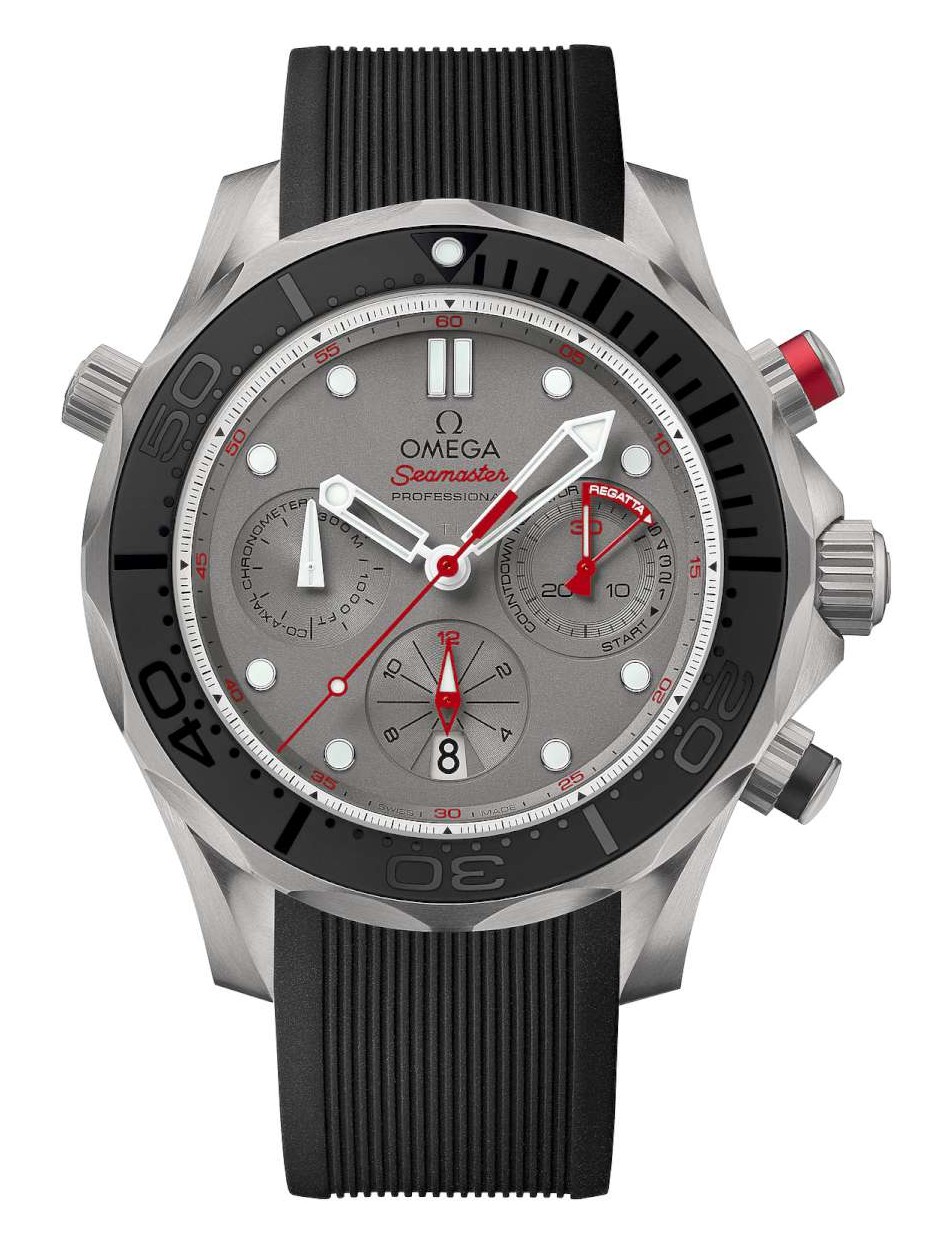 Once again, Omega has produced a special Seamaster watch celebrating their support of Emirates Team New Zealand in the 35th America’s Cup. Even though the movement is the same Co-Axial calibre 3330 as used in last year’s ETNZ watch, and it has remained basically the same since its launch in 2012, the watch itself has been updated ias regards its looks. It will function particularly well at night, with the date at 12 o’clock glowing green and the indices glowing blue.

The chronograph minutes dial at 3 o’clock has details in red, with the five-minute countdown to the start of a regatta. The small seconds subdial is at 9 o’clock, and the chronograph hours subdial at 6 o’clock. The case is 44 mm in diameter, in brushed titanium. The dial is also in sand-blasted titanium. The pushers at 2 and 4 o’clock operate the chronograph, while there is a helium escape valve with integrated date corrector at 10 o’clock. Even though the watch has the typical chronograph layout, it remains fundamentally a diving watch, with unidirectional rotating bezel, and 300 metres water resistance. 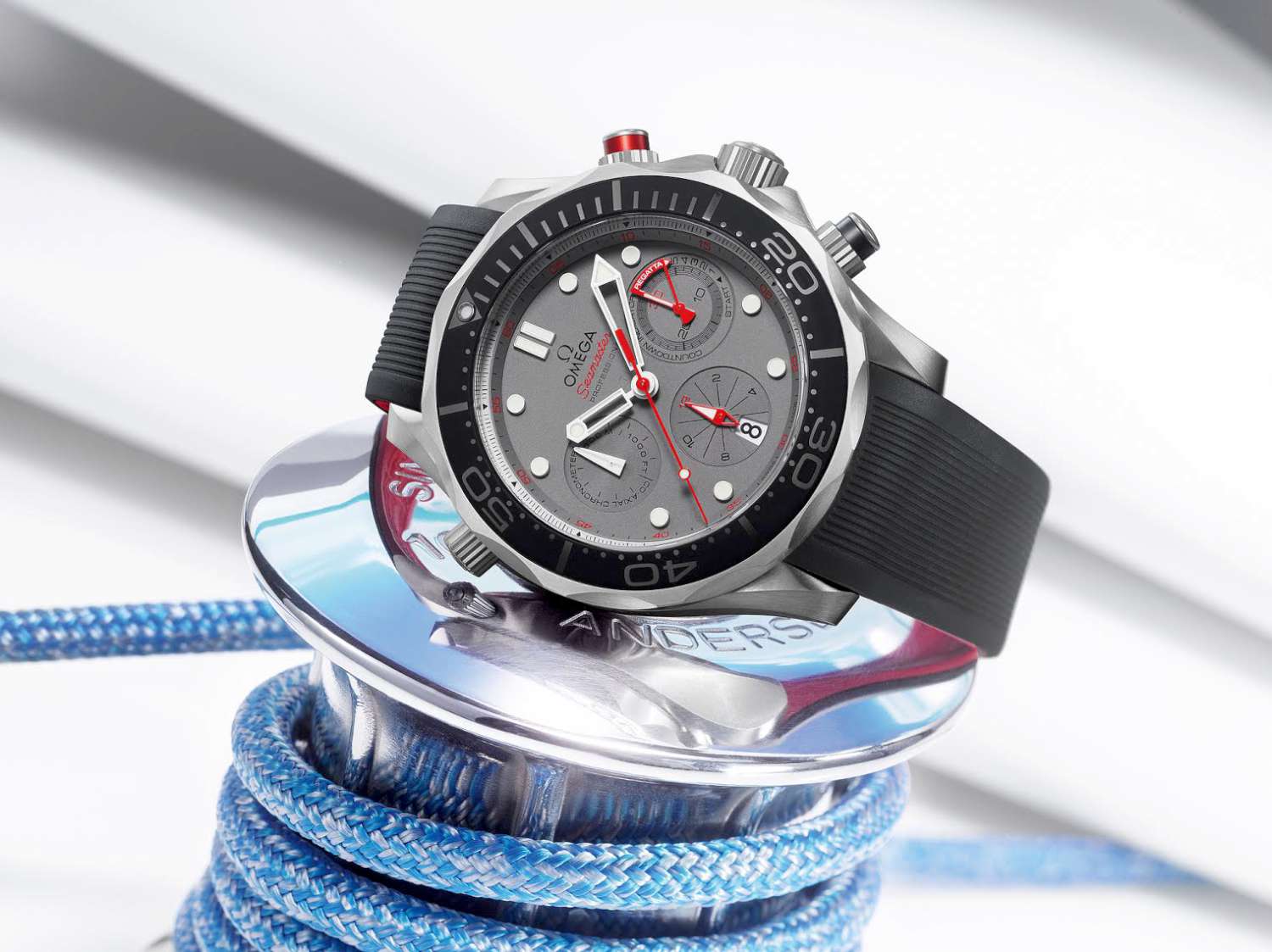 The connection to the world of competititve sailing is provided by the chronograph minutes dial, on which the first five minutes are marked for the countdown to the start of a regatta. But of course it doesn’t do a proper countdown, and it wouldn’t be practical as a timepiece for a real regatta. There again, mechanical watches aren’t practical anyway, and so it’s OK, particularly considering the price, relatively low at €6,400, in part by virtue of the movement which has an ETA-made base. 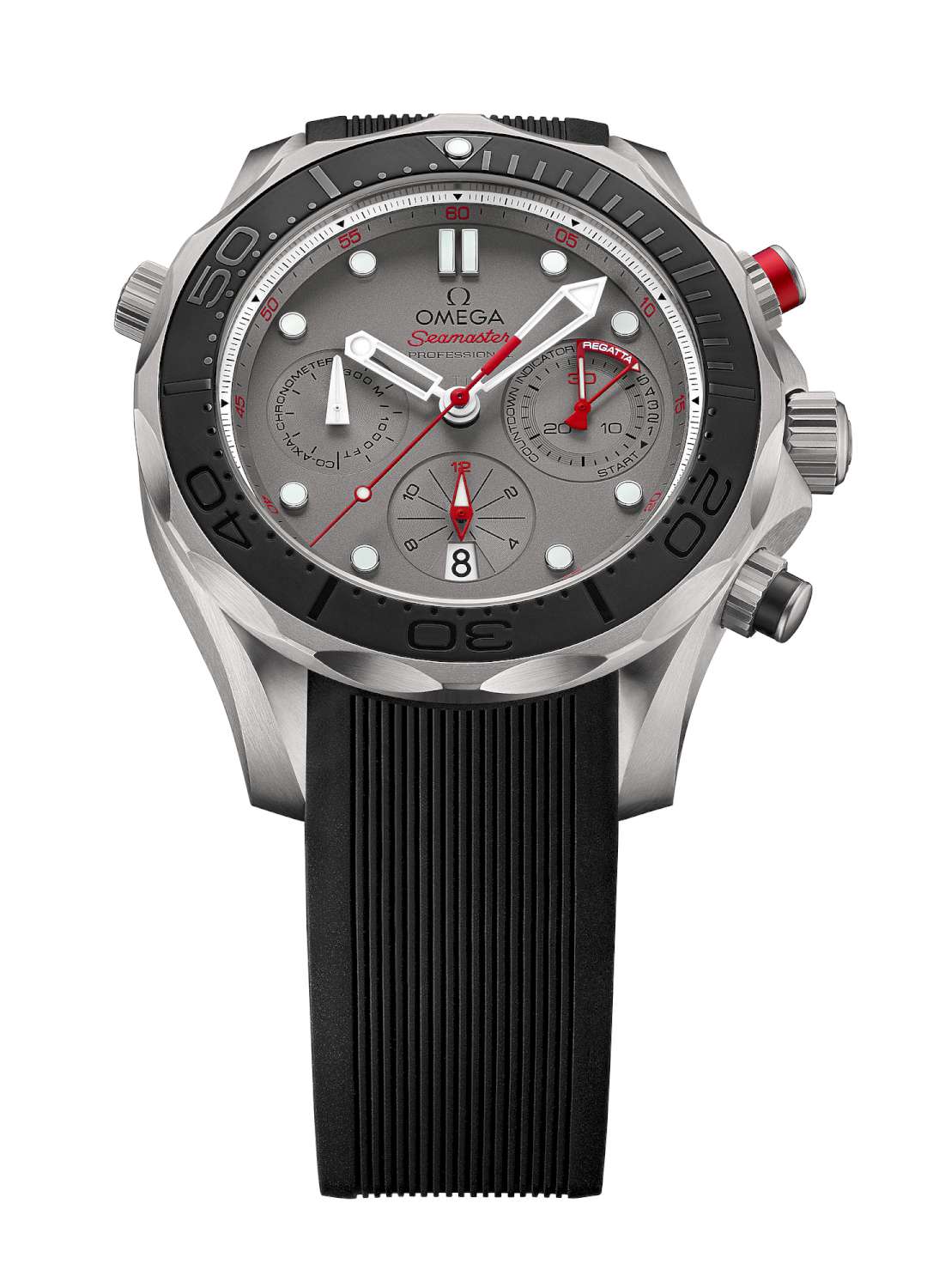 The Seamaster Diver 300M ETNZ has a rubber strap with a foldover clasp. The top part of the strap is black; the inner side is red. Both the colours and the printed pattern are references to ETNZ. The solid caseback also has the ETNZ logo emobssed onto it. Omega has been connected to Emirates Team New Zealand from 1995, when the team won the America’s Cup, repeating their success in 2000. The next America”s Cup will take place in 2017, preceded by the regattas of the America’s Cup Wolrd Series 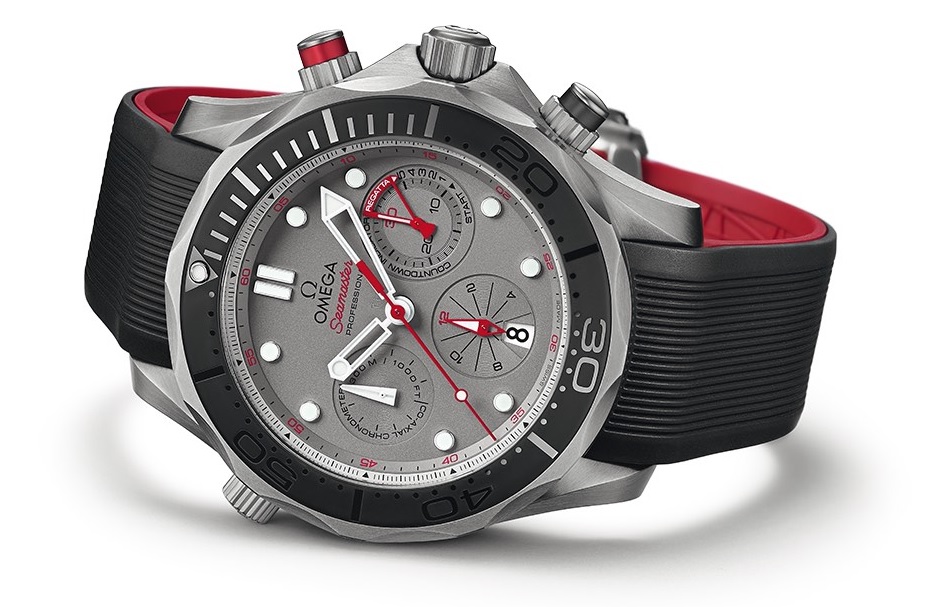